Accessibility links
With Drilling Stopped, Louisiana Workers Fear Job Losses Louisiana residents and oil industry officials say the six-month moratorium will idle not only rig crews, but also thousands of workers at companies providing services for the rigs -- from caterers to heavy mud vendors. The loss of income could ripple through the regional economy and the national economy. 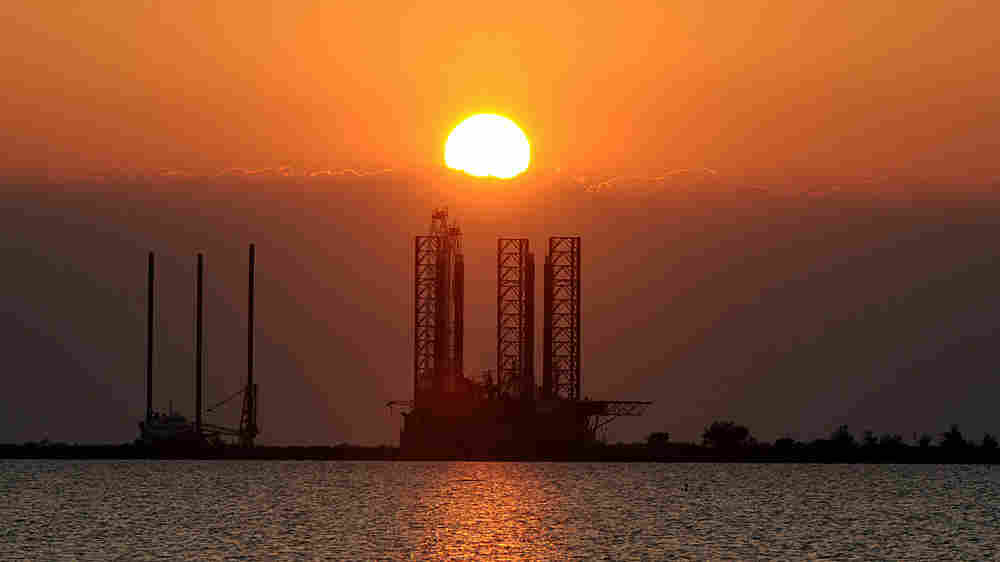 An oil platform waits to be towed into the Gulf of Mexico at Port Fourchon in Louisiana on May 4. Some say idling the industry for 6 months could be a bigger economic blow than the oil spill itself. Mark Ralston/AFP/Getty Images hide caption 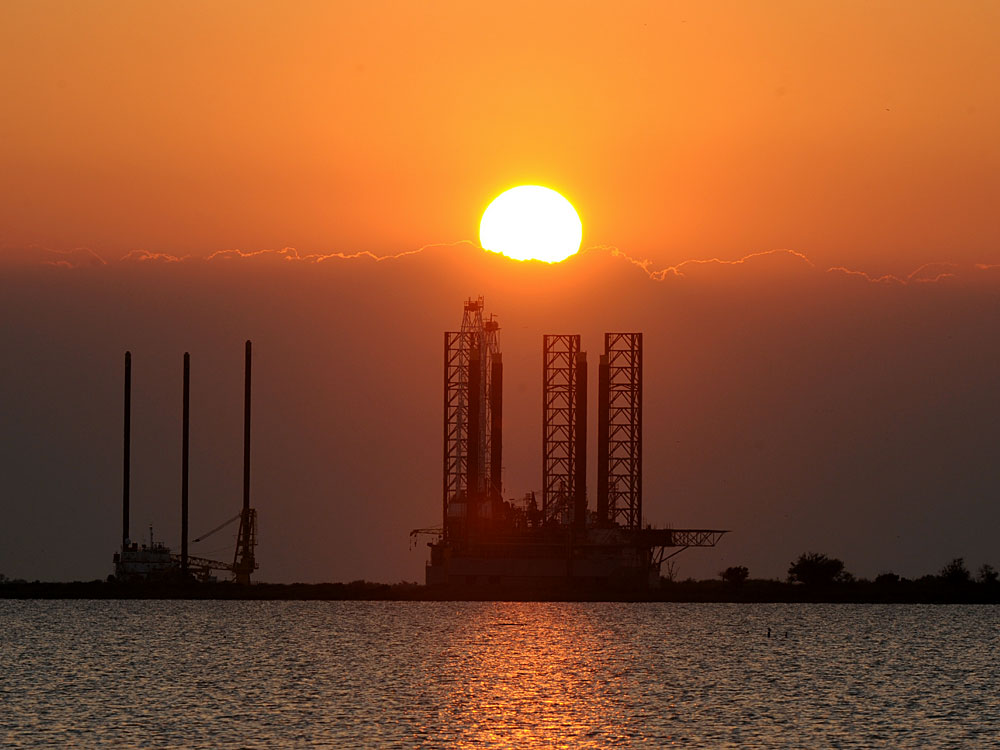 An oil platform waits to be towed into the Gulf of Mexico at Port Fourchon in Louisiana on May 4. Some say idling the industry for 6 months could be a bigger economic blow than the oil spill itself.

During President Obama's visit to the Louisiana coast, he got an earful from local officials about his six-month moratorium on deep-water drilling in the Gulf of Mexico. Many people -- from work boat captains to offshore caterers -- say shutting down the industry for that long could be a bigger economic blow to the region than the oil spill itself.

The giant work boats maneuvering in the tight quarters of Port Fourchon, La., are a lifeline for the drilling rigs and oil and gas wells in the Gulf of Mexico. But Joey Marshall, who captains the HOS Mystique, worries that business will plummet because of the moratorium on deep-water drilling in U.S. waters.

The wheelhouse of Marshall's 250-foot vessel bristles with high-tech electronics; the boat's computerized thrusters allow it to hover directly over a point on the ocean floor, while it's remotely operated vehicles build undersea pipelines and service drilling platforms. But, Marshall says, work could be rare in the next six months.

"It's going to be devastating for a lot of my co-workers and family and extended family," he says.

And it's not just the mariners like Marshall or the roughnecks on the drilling rigs who would suffer, says Shane Guidry, chairman and CEO of Harvey Gulf International Marine. Harvey Gulf owns a fleet of boats that service deep-water platforms and ocean-going tugs that pull drill rigs to locations around the world. From the window of his office on the 37th floor of the Shell building in downtown New Orleans, Guidry points to the French Quarter and the business district below.

"I tell you, it's going to be impacted by this drilling ban. Because this is a hub. People use this airport. People use these hotels. That's all going to stop," he says.

There's no doubt that the oil and gas industry is the biggest player in Louisiana's economy. It accounts for about 16 percent of the state's GDP, according to the Tulane University Energy Institute. Fishing only accounts for 1 percent, and tourism 4 percent. So, Guidry says, the effect of the moratorium will ripple out through the businesses that support oil and gas.

"Guys that sell maintenance and repairs, guys that sell engines -- there's lots of banks out there who only loan money to the oil and gas sector. They're going to be affected. I mean, it just goes on and on and on. Carmakers -- people won't be buying cars, houses. ... They won't have jobs to pay for it."

Louisiana's Economic Development department estimates that up to 20,000 jobs could be lost in the state over the next year or so because of the drilling ban. Experts at the Tulane Energy Institute even suggest that the ripple effects could cause a double-dip recession in the United States. An analysis by Moody's Economy.com disputes that conclusion.

But Guidry argues that the Gulf Coast region, at least, could suffer for years. He says the big oil companies aren't going to sit in the Gulf of Mexico twiddling their thumbs while they pay a half-million dollars a day for leases on idled drilling rigs.

"I certainly wouldn't want to pay that for six months while I didn't know what the government would do next. I'd redeploy that into another area," Guidry says. "And once I started drilling and got comfortable in that area and started finding big finds, why come back here?"

'I Doubt They'll Go Away'

Ivor van Heerden, who's been a strong defender of Louisiana's coastal environment for decades, is skeptical that the oil companies will leave.

"We've heard these things before. The oil is out there. There are fantastic deposits off the coast of Louisiana in federal waters. And so I doubt they'll go away."

Van Heerden also points out that production from deep-water and shallow-water wells will continue during the moratorium, so much of Louisiana's oil and gas industry will remain busy. He says the moratorium is necessary, even if it costs some jobs, to ensure that proper practices are put in place so that this kind of spill never happens again.

That's essentially what President Obama told local officials during his visit to Grand Isle on Friday. But the president said if the commission studying the disaster issues its recommendation in less than six months, he would be to open to ending the moratorium early.