Accessibility links
Robert Schumann: A Romantic Hero Celebrating the 200th anniversary of the composer's birth, Morning Edition commentator Miles Hoffman takes the measure of Schumann, the man and his music. 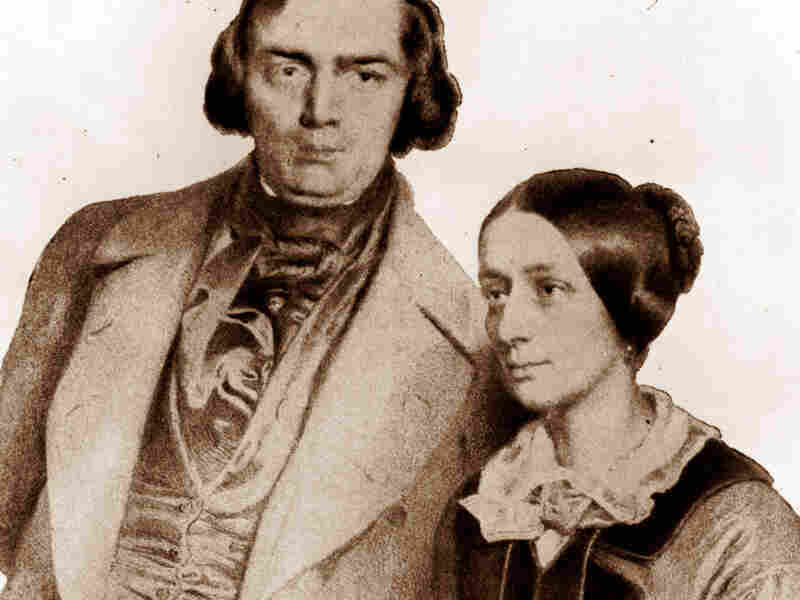 Robert Schumann was born 200 years ago. His muse and inspiration was one of the 19th century's great pianists -- his wife, Clara. Getty Images / Hulton Archive hide caption 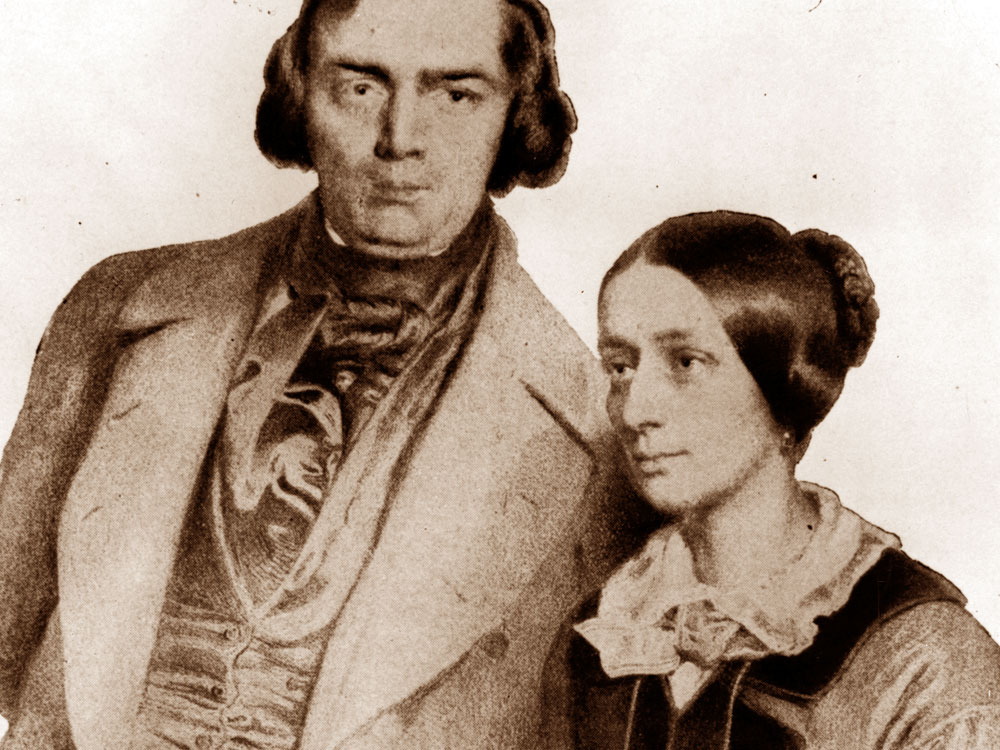 Robert Schumann was born 200 years ago. His muse and inspiration was one of the 19th century's great pianists -- his wife, Clara.

When it comes to what moved Robert Schumann to compose exquisite music, he said, "You write to become immortal, or because the piano happens to be open, or you've looked into a pair of beautiful eyes."

Whatever his inspiration, Schumann's music is ours now. And to mark the 200th anniversary of the composer's birth, Morning Edition commentator Miles Hoffman takes the measure of the man and his music.

Although Schumann may not be on the same level as Bach, Beethoven and Mozart, Hoffman says his music represents a complete picture of what humans have been able to accomplish in music.

"[It's] because of the depth, because of how well Schumann was able to capture the human spirit, also in a vast range of works, in all sorts of combinations of instruments for voice, for large forces, for small forces. There's an encyclopedic body of work," Hoffman says.

All of Schumann's initial music was for solo piano, but then, Hoffman says, he started branching out.

"The first area where he branched out was in song. In the year 1840 he wrote, I believe it was, 168 songs. Songs were easy to sell; people sang them in their homes. Plus, Schumann was a literary man. He and his wife, Clara, collected poetry by the great poets of the time and read them together. He became one of the great songwriters ever."

Schumann first met Clara Wieck when she was 9 years old. He was taking music lessons from her father. In time, Clara grew up to be one of the great virtuoso pianists of the 19th century.

"Clara was sort of a modern woman in many ways, suffering the tension between her career and home life, because it was very important for her to keep playing concerts," Hoffman says. "On the other hand, she was Schumann's wife and he wanted her around; he hated it when she traveled. But she was very much his great muse and inspiration, and virtually everything he wrote for the piano, Clara would have been the first to play."

Clara inspired her husband on many levels and encouraged him to expand his range. In one entry in her diary, she wrote: "It would be best if he wrote for orchestra. His imagination can not find sufficient scope on the piano." She was pleased that he did work at learning orchestration, writing symphonies and concertos.

Schumann's life was filled with beauty, and the great love for his wife, but he was also tormented with psychological problems.

"He suffered from mental illness most of his life," Hoffman says. "Some people say it was schizophrenia, some say it was bipolar syndrome. It was terribly serious. He heard voices. He had hallucinations. Eventually, he threw himself from a bridge into the Rhine, and he spent the last 2 1/2 years of his life in a sanatorium."

Hoffman says it's all too tempting to fall into the cliche of linking genius and madness.

"We see great creators, we don't understand how they can be such geniuses, and we reduce them by saying somehow it's connected with madness," Hoffman says. "Schumann's madness does not explain his genius any more than Chopin's tuberculosis explains Chopin's genius."

"The truth is, Schumann composed despite his illness, and that's the true heroism."