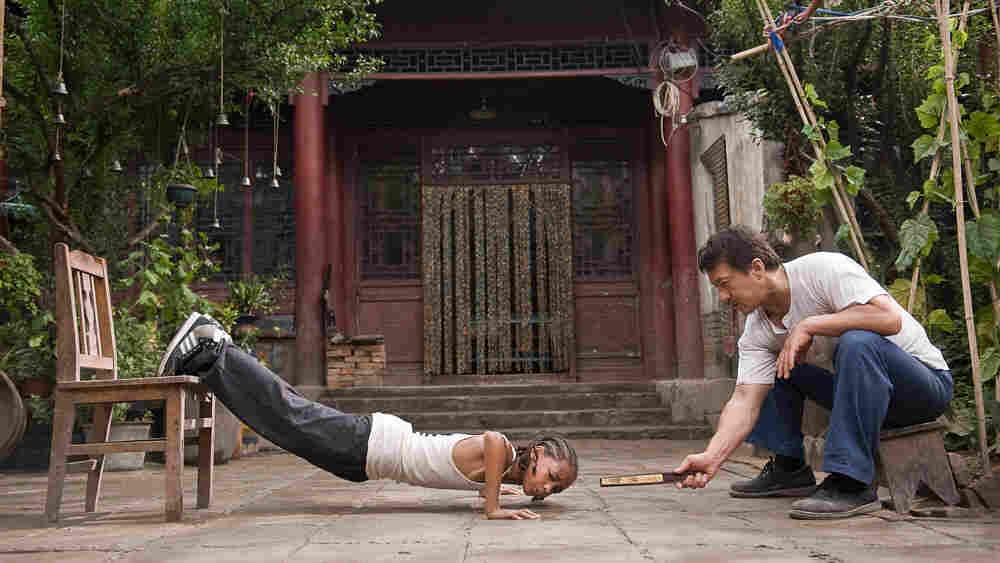 Patience, Young Grasshopper: Karate may be the franchise title, but kung fu is the martial art of choice in this muddled remake of the 1984 hit, starring Jaden Smith and Jackie Chan. Jasin Boland hide caption

'Hot Water Is Not Working'

A long day's journey into kickass, The Karate Kid meanders through Chinese scenery and philosophy for much of its 132 minutes, as a 12-year-old Yank learns lessons about discipline and forbearance. Then the movie discards its own teachings so it can cheer as the boy beats the stuffing out of his tormentors.

Despite many specific alterations, this update of the 1984 hit follows the original's basic plot. A mom moves her fatherless son to a new town, where he meets a girl he really likes, a bunch of bullies who don't like him at all, and the humble guru who will transform him into a champion. The biggest switches are that the boy's new address is China, not California, and that he's a lot younger. (Too young to be credible, in fact.) Also, because movies have gotten more brutal over the past 25 years, the combat is nasty enough to disturb the more sensitive former 12-year-olds in the audience.

The new kid is Dre Parker, played self-consciously by the physically striking Jaden Smith, son of Will Smith and Jada Pinkett Smith (both among the movie's producers). His mother is Sherry Parker, played by an exuberant, overly broad Taraji P. Henson. Following mom's car-industry job, they move from devastated Detroit to booming Beijing, introduced with a tour of the recent landmarks you're most likely to already know.

Almost immediately, Dre meets love-interest Meiying (Han Wenwen), an excessively smiley aspiring violinist. Shortly thereafter, he gets bludgeoned by Cheng (Wang Zhenwei) and his fellow bullies, all of them students of a teacher who — much as in the original — disregards the spirituality of "real kung fu." (Yes, the movie's fighting style is kung fu. "Karate," a Japanese term, is featured in the title just for branding purposes.) 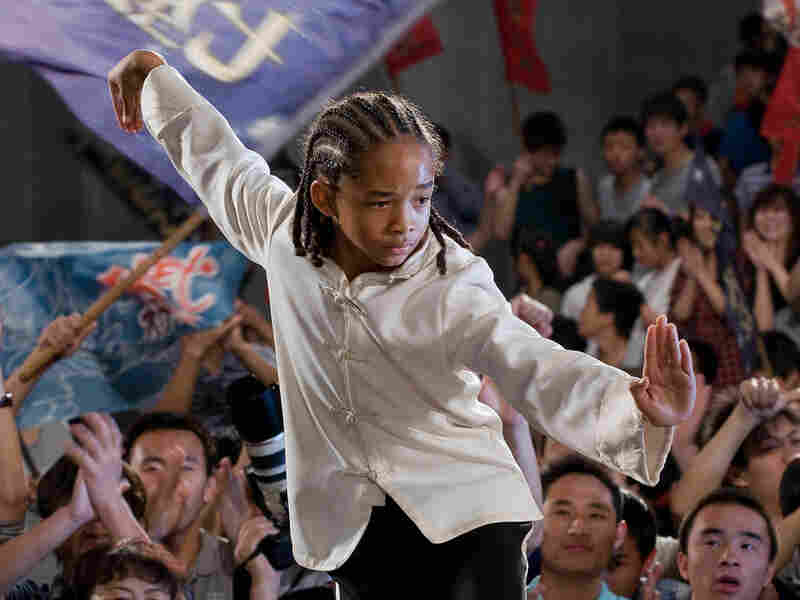 Strike The Pose: 11-year-old Jaden Smith stars as Dre Parker, a Detroit native who moves to Beijing with his mother. Smith previously appeared alongside his famous father, Will Smith, in the 2006 drama The Pursuit of Happyness. Jasin Boland hide caption 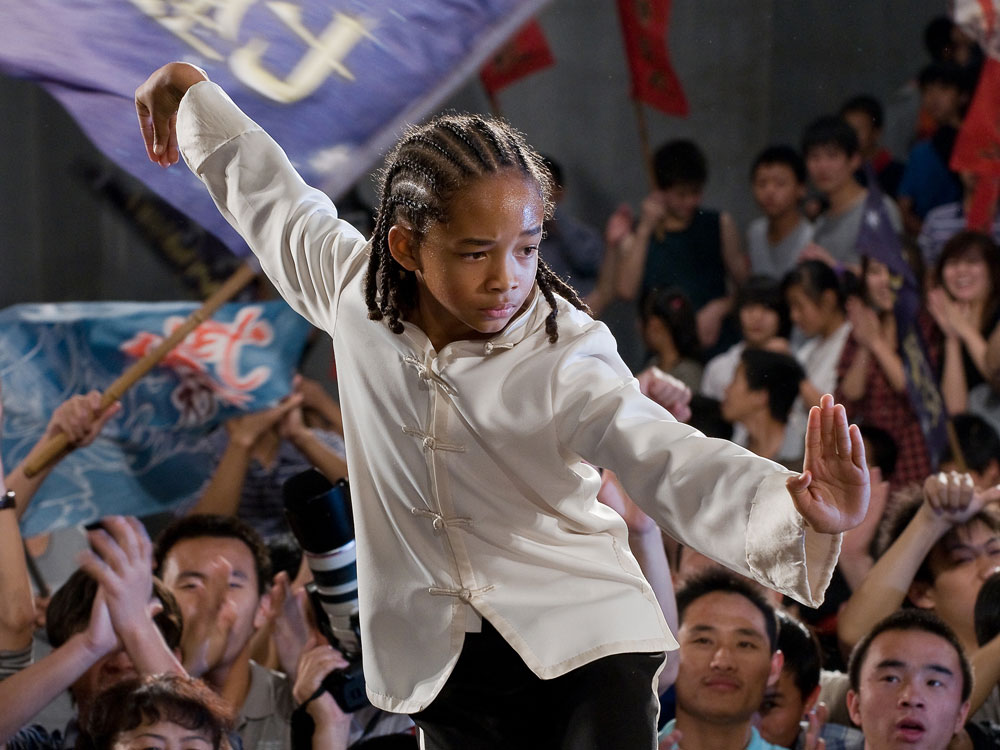 Strike The Pose: 11-year-old Jaden Smith stars as Dre Parker, a Detroit native who moves to Beijing with his mother. Smith previously appeared alongside his famous father, Will Smith, in the 2006 drama The Pursuit of Happyness.

Another bruising assault by Cheng and his boys suggests that young Mr. Smith has modeled his acting persona not on his dad but on Mel Gibson, Hollywood's martyr-king. But lowly maintenance man Mr. Han (an ill-used Jackie Chan) interrupts the second beatdown. Turns out he's a master of martial arts and folk medicine, someone who can clobber half a dozen youngsters and then heal Dre's wounds with some sort of mystical fire.

"Everything is kung fu," Han tells Dre, who becomes his pupil. Mindfulness is essential to Han's method, and of course the master is haunted by a past calamity caused by his loss of control. Han also cautions that "the best fight is the one you avoid," but don't worry — he doesn't mean it. The dark-side kung fu kids will eventually receive the kicking the movie thinks they deserve.

It's a long time coming, though. Carrying at least a half-hour of excess fat, The Karate Kid detours to a festival, a mountain monastery and, inevitably, the Great Wall. Just in case these sights aren't grand enough, director Harald Zwart (The Pink Panther 2) spins the camera around his subjects, shooting even intimate scenes as if they were alpine vistas.

Despite the local color, the movie isn't especially globalized. The major characters all speak English, and the action sequences throb to the music of Lady Gaga, the Roots and Gorillaz. Han's truisms don't seem especially Chinese either, but in this context one of them is fitting. When a fight montage pits AC/DC's "Back in Black" against the overamplified thuds of blows to the gut, it's time to follow the master's advice and "empty your mind."