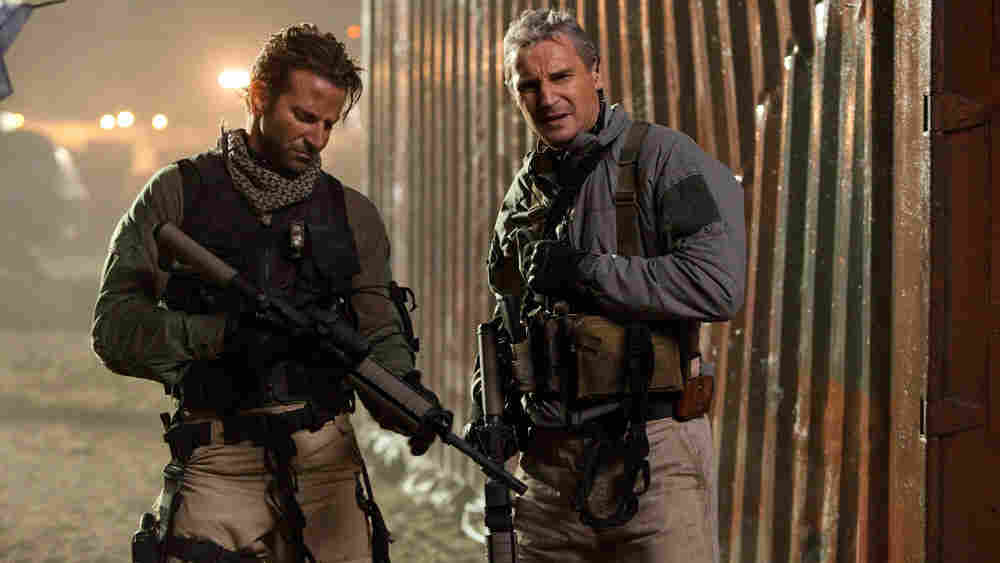 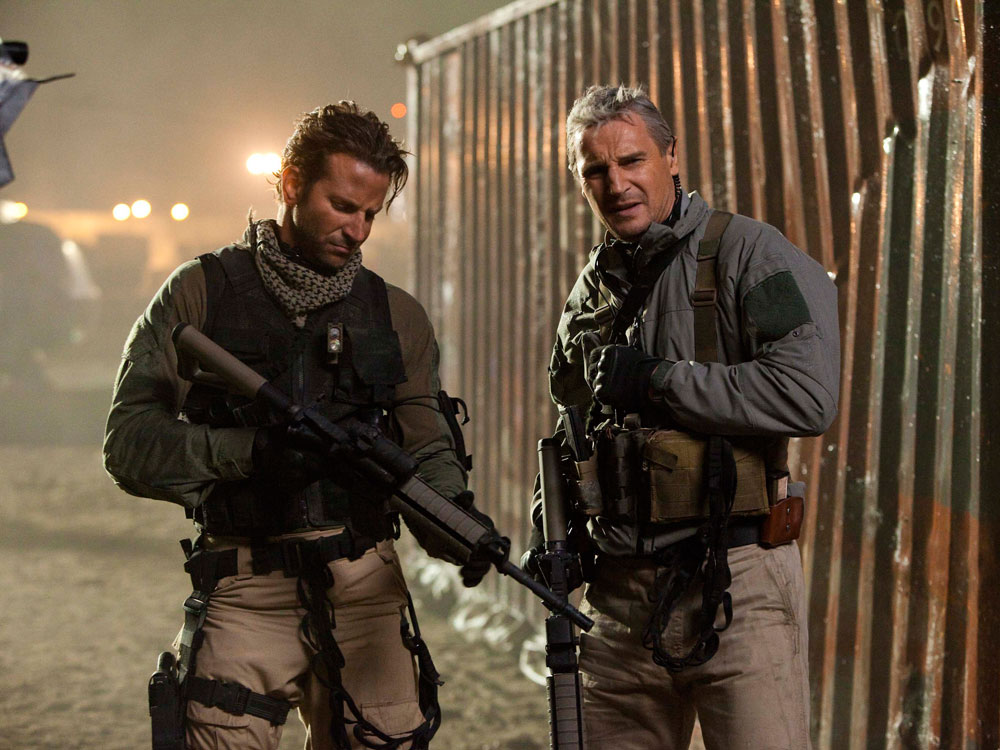 Rated PG-13 for intense sequences of action and violence throughout, language and smoking

"Overkill is underrated," a member of the A-Team says, but you wouldn't know it from his movie. The big-screen version of the long-running '80s TV series is overly long, overcomplicated and overflowing with billions of bullets and beaucoup broken glass. As original star Mr. T might say, I pity the fool who mistakes The A-Team for a genuine piece of entertainment.

Back from the series, though played by different actors, are team leader Hannibal Smith (Liam Neeson), suave lothario Face Peck (Bradley Cooper), crazed pilot H.M. (for "Howling Mad") Murdock (Sharlto Copley), and the muscular B.A. (for "Bad Attitude") Baracus, played by mixed-martial arts champ Quinton "Rampage" Jackson. The problem is not that these folks have been given too little to do, but too much.

The story begins "somewhere in Mexico," where bad guys are doing their worst in the hot desert sun. Before the credits are over, the four A-Team members, renegade Army Rangers with the matching upper arm tattoos, have met via a series of improbable coincidences and discovered the virtues of working together.

The film then jumps "eight years and 80 successful missions later," with the A-Team seemingly secure in its reputation as the best clandestine unit in the Army. Their next assignment involves going into Baghdad during the Iraq war and getting their hands on stolen engraving plates and a billion dollars in counterfeit U.S. currency.

Director Joe Carnahan was hired for this project because, after films like Smokin' Aces and Narc, he's one of the go-to guys for brisk, adrenalized action. To that end he delivers, but only up to a point. The mayhem in The A-Team is effective in isolated chunks, but exists largely in a vacuum. Watching the film feels like watching an extended trailer rather than the movie itself. It's an NFL highlights reel of cascading cars, exotic explosions and can-you-top-this craziness that wears you out with its unfocused energy.

Meanwhile the film's tiresome plot goes on and on, and even leaves room for homilies like "stuff like loyalty doesn't fit in overhead bins." They may not be words to live by, but they're the best this undernourished A-Team can muster.