Accessibility links
Kathryn Schulz On Learning To Love 'Being Wrong' No one's perfect. We all make mistakes, and we hate to admit it. But Schulz argues that it's time to embrace our errors. In her book, Being Wrong, she explains why we make so many mistakes, why we find them so hard to admit and what we can do about it. 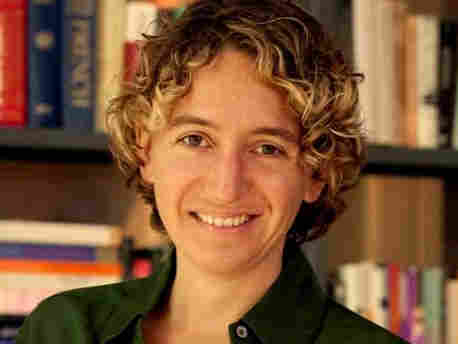 In Being Wrong, Kathryn Shulz encourages readers to see error as a gift, "a rich and irreplaceable source of humor, art, illumination, individuality and change." Michael Polito hide caption

Being Wrong: Adventures In The Margin Of Error
By Kathryn Schulz
Hardcover, 416 pages
Ecco
List price: $26.99

Once upon a time, everybody knew the sun revolved around the Earth -- until we realized it didn't.

From the celestial mechanics, to the best way to avoid traffic, there are a bunch of things that everyone believes right now that are just plain wrong. And while it's hard to admit we got it wrong, Kathryn Schulz, author of Being Wrong, argues that it's time to embrace our errors.

After all, she says, making errors is inevitable.

"The kinds of things that we can make mistakes about are essentially unlimited in number," Schulz tells NPR's Neal Conan.

But being wrong can be unsettling, even scary. At the heart of why we hate being wrong, Schulz says, is that "we're terrified of feeling out of control. We're terrified of not having the answers, and we would sometimes rather assert an incorrect answer than make our peace with the fact that we really don't know."

And when we finally realize we're wrong, Schulz says, "we want to fall into a hole in the ground or we want to disappear. We want to die."

Sure, it's dramatic. But, Schulz says, "We often feel that really intense wave of kind of shame and horror that we made this mistake." So she recommends not just accepting our mistakes, but embracing them.

"Stop pretending that we can sort of imagine it out of existence," she advises.

After all, without mistakes, she says, "we wouldn't be human." 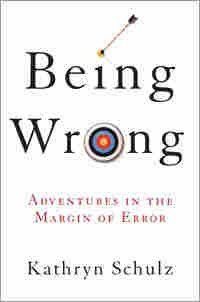 Being Wrong: Adventures In The Margin Of Error
By Kathryn Schulz
Hardcover, 416 pages
Ecco
List price: $26.99

As a culture, we haven't even mastered the basic skill of saying "I was wrong." This is a startling deficiency, given the simplicity of the phrase, the ubiquity of error, and the tremendous public service that acknowledging it can provide. Instead, what we have mastered are two alternatives to admitting our mistakes that serve to highlight exactly how bad we are at doing so. The first involves a small but strategic addendum: "I was wrong, but … " -- a blank we then fill in with wonderfully imaginative explanations for why we weren't so wrong after all. (More on this in Part Three.) The second (infamously deployed by, among others, Richard Nixon regarding Watergate and Ronald Reagan regarding the Iran-Contra affair) is even more telling: we say, "mistakes were made." As that evergreen locution so concisely demonstrates, all we really know how to do with our errors is not acknowledge them as our own.

By contrast, we positively excel at acknowledging other people's errors. In fact, if it is sweet to be right, then -- let's not deny it -- it is downright savory to point out that someone else is wrong. As any food scientist can tell you, this combination of savory and sweet is the most addictive of flavors: we can never really get enough of reveling in other people's mistakes. Witness, for instance, the difficulty with which even the well-mannered among us stifle the urge to say "I told you so." The brilliance of this phrase (or its odiousness, depending on whether you get to say it or must endure hearing it) derives from its admirably compact way of making the point that not only was I right, I was also right about being right. In the instant of uttering it, I become right squared, maybe even right factorial, logarithmically right -- at any rate, really, extremely right, and really, extremely delighted about it. It is possible to refrain from this sort of gloating (and consistently choosing to do so might be the final milestone of maturity), but the feeling itself, that triumphant ha!, can seldom be fully banished.

Of course, parading our own brilliance and exulting in other people's errors is not very nice. For that matter, even wanting to parade our own brilliance and exult in other people's errors is not very nice, although it is certainly very human. This is where our relationship to wrongness begins to show its stakes. Of all the strife in the world -- strife of every imaginable variety, from conflict over crumb cake to conflict in the Middle East -- a staggering amount of it arises from the clash of mutually incompatible, entirely unshakable feelings of rightness. Granted, we find plenty of other reasons to fight with one another as well, ranging from serious and painful breaches in trust to resource scarcity to the fact that we haven't had our coffee yet. Still, an impressive number of disputes amount to a tug-of-war over who possesses the truth: we fight over the right to be right. Likewise, it is surprisingly difficult to get angry unless you are either convinced that you are correct, or humiliated and defensive about being wrong. Our default attitude toward wrongness, then -- our distaste for error and our appetite for being right -- tends to be rough on relationships. This applies equally to relationships among nations, communities, colleagues, friends, and (as will not be lost on most readers) relatives. Indeed, an old adage of therapists is that you can either be right or be in a relationship: you can remain attached to Team You winning every confrontation, or you can remain attached to your friends and family, but good luck trying to do both.

Reprinted from Being Wrong: Adventures In The Margin Of Error by Kathyrn Schulz by arrangement with Ecco. 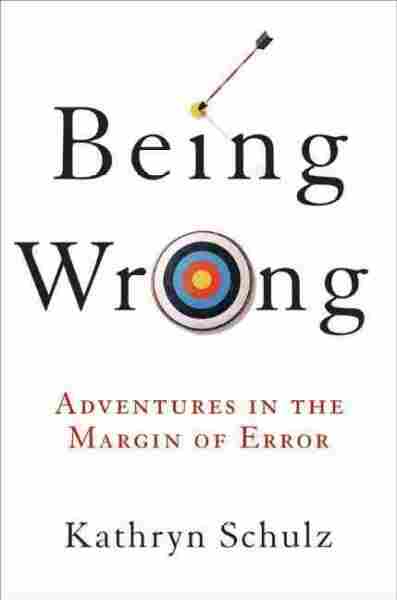 Adventures in the Margin of Error