Accessibility links
A Graveyard For Roman Gladiators -- In England? Archaeologists say a dig in northern England may have revealed a burial ground for Roman gladiators. Key clues: the age and heft of the skeletons -- plus the fact that they all were decapitated.

A Graveyard For Roman Gladiators -- In England?

Listen
A Graveyard For Roman Gladiators -- In England?

A Graveyard For Roman Gladiators — In England?

A Graveyard For Roman Gladiators -- In England? 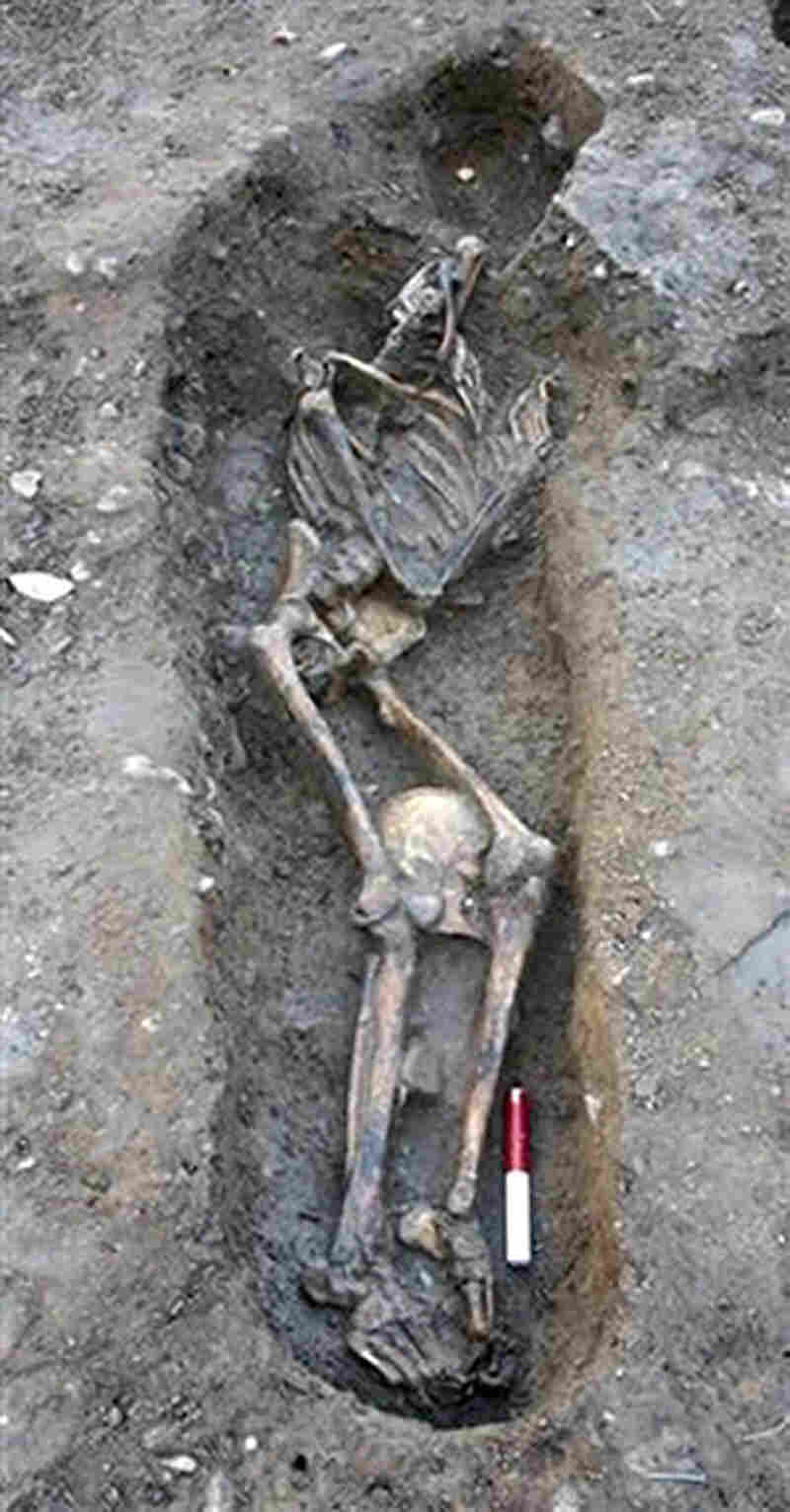 The skeletons at this site in York, England, are decapitated -- a key clue to archaeologists that this might be a cemetery for Roman gladiators. Press Association via AP Images hide caption

Ancient skeletons excavated under the city of York in northern England have archaeologists wondering whether they've discovered a well-preserved cemetery full of fallen Roman gladiators. The first of the skeletons was discovered in 2003, and since then, more than 80 have been identified.

The remains date between the 2nd and 3rd centuries, the period during which the Romans occupied northern England. The skeletons had been decapitated -- and that was a key reason researchers thought they had been gladiators, says John Walker, chief executive of the York Archaeological Trust, which conducted the research.

Two other clues that they could be gladiators: One arm is generally bigger than the other, and the bones overall are heftier than usual.

Walker says a muscular person's bones will be different from those with a slight build.

"A very slightly built person will have very smooth bones with no real ridges," Walker says. "Somebody who's very muscular, the bone is actually quite different -- you get these ridges that develop on them."

In addition, Walker says, some of the skeletons had been hit on the head with a hammer before being decapitated.

"That has always been suspected as a thing that happens to some gladiators. They get hit on the head first to render them unconscious," Walker says.

What's more, there is evidence of large animal teeth marks in some bones, suggesting lion or tiger bites.

Now, some theories about these skeletons don't involve gladiators.

For example, Walker says, these men might have been prisoners. But where that theory falls apart is the animal bites. "Normally we'd expect those kinds of executions to really be quite straightforward, quite clean, no exposure to animals or anything else," Walker says. "They're a military discipline thing, not a spectacle."

There is other evidence that gladiators may have fought in northern England during the Roman Empire.

"There is an arena we believe somewhere in York, but we haven't found it," Walker says. "What we do have is a couple of stone inscriptions from about a half-mile away that by the way they're phrased suggest possible gladiatorial links. We also have a drawing from a tomb; carved into the stonework of the tomb is a gladiator as well."

On June 14, the researchers will launch a Web site with the basic evidence so the public can vote. The vote is a good way of introducing people to the problems of archaeology, Walker says.

"All our statements are a balance of probabilities. The past always remains an unknown thing," Walker says. "But I like to think that after 40 years of digging holes, maybe my guess is slightly better than the average, but not a lot."