Accessibility links
Marijuana's Black Market: Will It Stay Or Will It Go? In the past year, hundreds of dispensaries have popped up in Colorado, taking a bite out of underground drug dealers' sales. But drug dealers aren't disappearing for a simple reason: Their pot is cheaper. And stricter marijuana laws passed Monday may force some dispensary owners back into the black market. 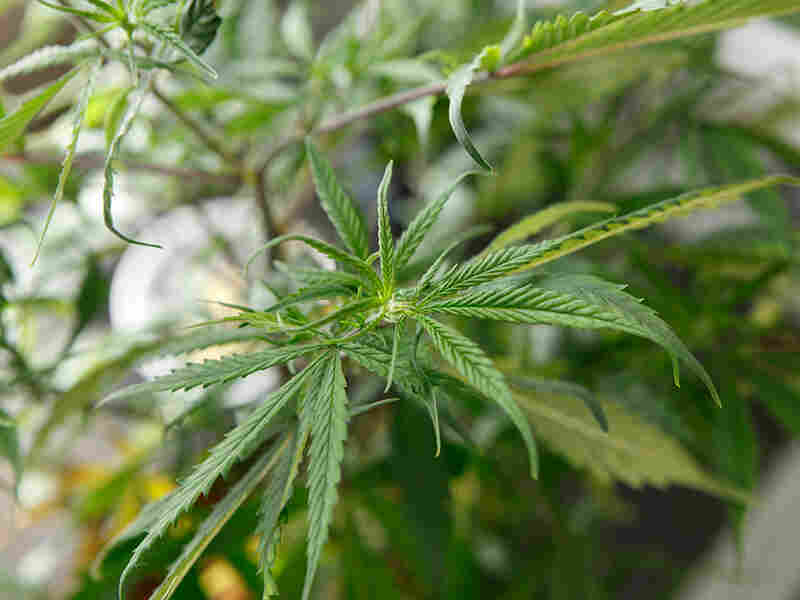 A marijuana plant grows legally under lights at the Boulder County Caregivers in Boulder, Colo. Since the medical marijuana law passed, it's been harder for the dealers underground to sell even though their pot is cheaper. Ed Andrieski/AP hide caption 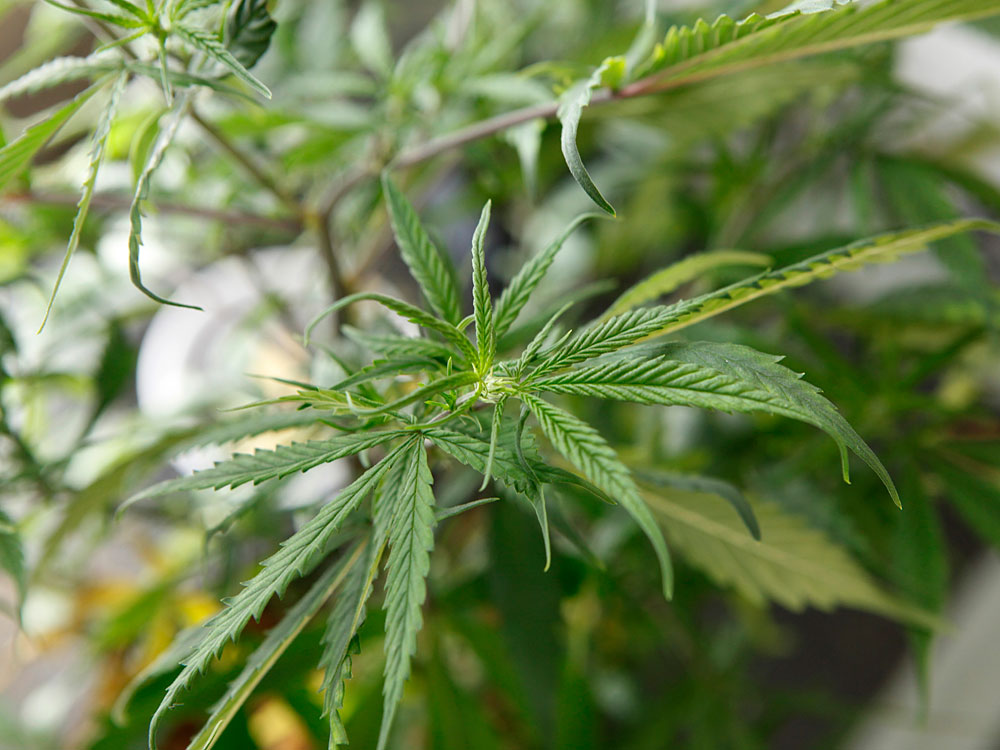 A marijuana plant grows legally under lights at the Boulder County Caregivers in Boulder, Colo. Since the medical marijuana law passed, it's been harder for the dealers underground to sell even though their pot is cheaper.

In the last nine months, about 65,000 people signed up for Colorado's medical marijuana registry. And many have started shopping at the state's growing number of dispensaries.

The booming industry is creating headaches for state regulators, law enforcement and for one other group -- Colorado's drug dealers.

To find out what's going on in the marijuana market, you could talk to economics professors ... or law enforcement ... or defense attorneys. But where better to look for experts than a jam-band concert -- like a recent show featuring the Disco Biscuits in Boulder, Colo. A group of girls was trying to score tickets, and talking about scoring pot from "the clubs," or dispensaries.

"I haven't bought weed from anyone besides the clubs since I got my [medical marijuana] card a month and a half ago," one says.

Andreana, Rebecca, and Libby might be a pot dealer's worst nightmare -- college girls with disposable incomes and medical marijuana cards. (These students, and others quoted in this story, didn't want their last names used.)

So Why Buy From The Black Market?

A year ago, Colorado only had a handful of dispensaries. Today there are hundreds. And the rules of economics usually dictate that as people move into the above-ground market, the underground shrinks. Patrons in Colorado seem to back up that idea. Dealers complain about a bad economy, about losing customers.

But some people are still buying illegally. And they have their reasons: They're comfortable with a dealer, or they don't like the idea of putting their name on a government registry, even one that's supposed to be confidential. And then there are those like a young man who flew in from the East Coast for the Disco Biscuits show and spent the afternoon price-shopping marijuana.

"We found that if you go to a dispensary, it's more expensive," he says. "You go through a buddy, least expensive. Speaks for itself."

There's no consumer price index for pot in Denver, but police commander Jerry Peters has a pretty good idea of the cost. He heads a drug task force in the metro area.

With a difference like that, Peters thinks there will always be enough price-sensitive pot smokers out there to keep some kind of black market afloat. But the dealers who have stayed underground may soon be seeing a bit more competition.

Until this week, Colorado had no statewide regulations for marijuana dispensaries or growers. And that led to a gold rush of entrepreneurs trying to stake their claim on the market. On Monday, legislators made it harder to get a doctor's recommendation. And the state is outlawing people with felony drug convictions from working in the industry. That could force some dispensary owners back into the black market.

"I've heard this from at least a half-a-dozen people in the past two or three days," says Denver attorney Rob Corry, who specializes in medical marijuana law. "They say, 'I'm easily accustomed to doing it underground, I've done it underground for 10 years and I'll just go right back to it.' "

If Colorado succeeds in closing some of the loopholes in its medical marijuana law, it could be a mixed blessing for the state's dealers. They might regain some market share, but they may also have to fight harder for their piece of it.