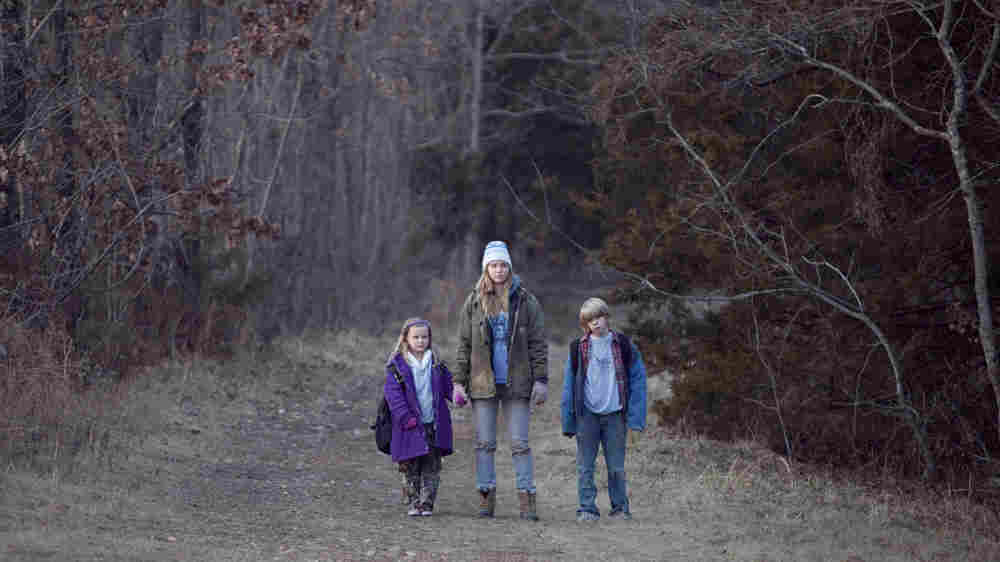 Lost In The Woods: From the very start of Winter's Bone, director Debra Granik creatures a lyrical tension between death and life, despair and determination. Sebastian Mlynarski hide caption

Daniel Woodrell is a novelist who lives in the Missouri Ozarks. He's often grouped with the more literary types on the crime-genre spectrum; I've heard the label "country noir." His prose is spare but deeply evocative of hardscrabble places and the near-biblical cruelty they engender. Director Debra Granik has captured that tone in her harshly beautiful adaptation of Woodrell's 2006 novel Winter's Bone.

The setting is inspired by a small town near Woodrell's home where everyone is kin -- and so alienated from American culture it's like a parallel universe. Woodrell keeps his distance from the scariest and most shrouded of its denizens, and so would his 17-year-old heroine, Ree Dolly, even though she's distantly related. But the threat of homelessness compels her into the woods and up those barren hills, past shacks and rusted-out farm equipment, in search of answers about her father.

Ree's mother is mentally ill, near-catatonic, and Ree takes care of her young brother and sister. Somehow she has kept them from being broken by their circumstances. Winter's Bone's opening shots are of the boy and girl on a trampoline in a landscape stripped of life, while a woman on the soundtrack sings, unaccompanied, an Ozark lullaby. Right from the start, Granik and her cinematographer, Michael McDonough, create a lyrical tension between death and life, despair and determination. A cop drives up to tell Ree, played by Jennifer Lawrence, that her dad, Jessup, was arrested for cooking crystal meth and that he's now nowhere to be found. He's also signed over the lease to the family's house, threatening to leave them homeless.

She is forced to beg -- something she told her siblings never to do -- even from her best friend, played by Lauren Sweetser, and her father's brother, Teardrop, played by a scarily volatile John Hawkes. As Ree, Lawrence is hauntingly self-contained. She can't afford to show vulnerability, even to herself.

Despite winning a big prize at Sundance, Winter's Bone isn't the usual good-for-you indie movie, what critics and industry people used to call snarkily "deadbeat regionalism." Beneath its plainness is an odyssey that's mythic in its intensity, that builds to a confrontation not with the men perhaps responsible for her father's disappearance, but their haggard wives. Their leader, the wife of a powerful man named Thump Milton, is Merab, and as played by Dale Dickey it's impossible to take her full measure. Motherliness and murderousness have melted together; you can't spot the line between this woman's free will and her loyalty to her male-driven clan. You could watch her remarkable performance a hundred times and never get to the bottom of it. 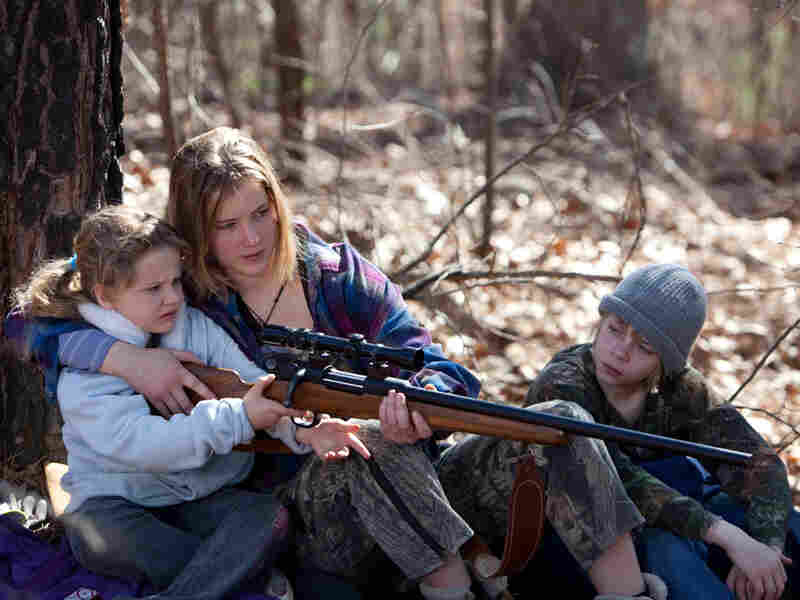 Modern Family: Ree (center), played by Jennifer Lawrence, has kept her siblings together -- despite their circumstances. Sebastian Mlynarski hide caption 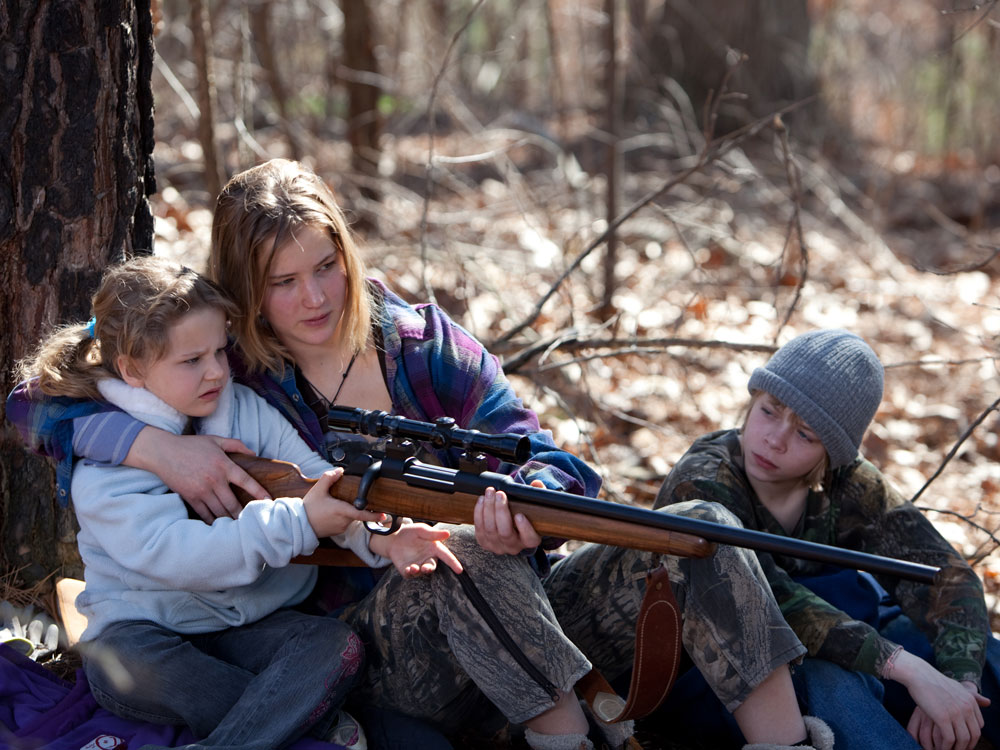 Modern Family: Ree (center), played by Jennifer Lawrence, has kept her siblings together -- despite their circumstances.

All through Winter's Bone are moments in which the characters are so unfathomably mean to Ree that we search their faces for a glimmer of sympathy, kinship -- anything human. Some filmmakers would settle for masks of malevolence, because that would clinch the case that these clannish Ozark hill folk were born or else worn down to pure evil. But director Granik doesn't let her actors go dead: There is movement, barely perceptible, under the surface. Some vein of compassion, however thin, must be down there. Somewhere.

Ree's final scene with Merab, a midnight boat ride into the marshes, is what bad dreams are made of. But for all the horror of Winter's Bone, it's the drive toward life that lingers in the mind. It's a miraculous film -- it gets blood from a headstone.