Accessibility links
First Listen: Jason Moran, 'Ten' If you follow modern jazz, be of good cheer: Moran's new album, which celebrates 10 years of his Bandwagon trio, is as brilliant as anything he's done. If you don't already know about this guy, start here; he's an impressive jazz pianist who thinks way beyond jazz. Hear Ten in its entirety until its release on June 22. 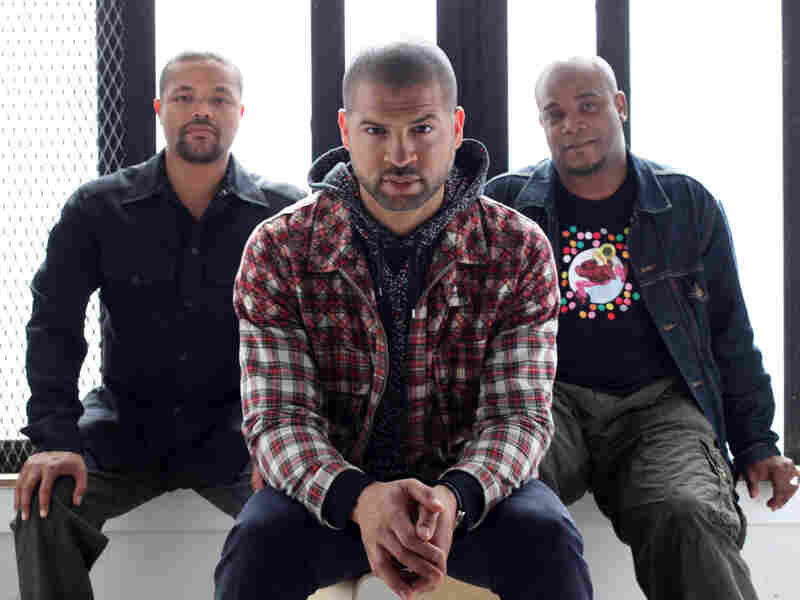 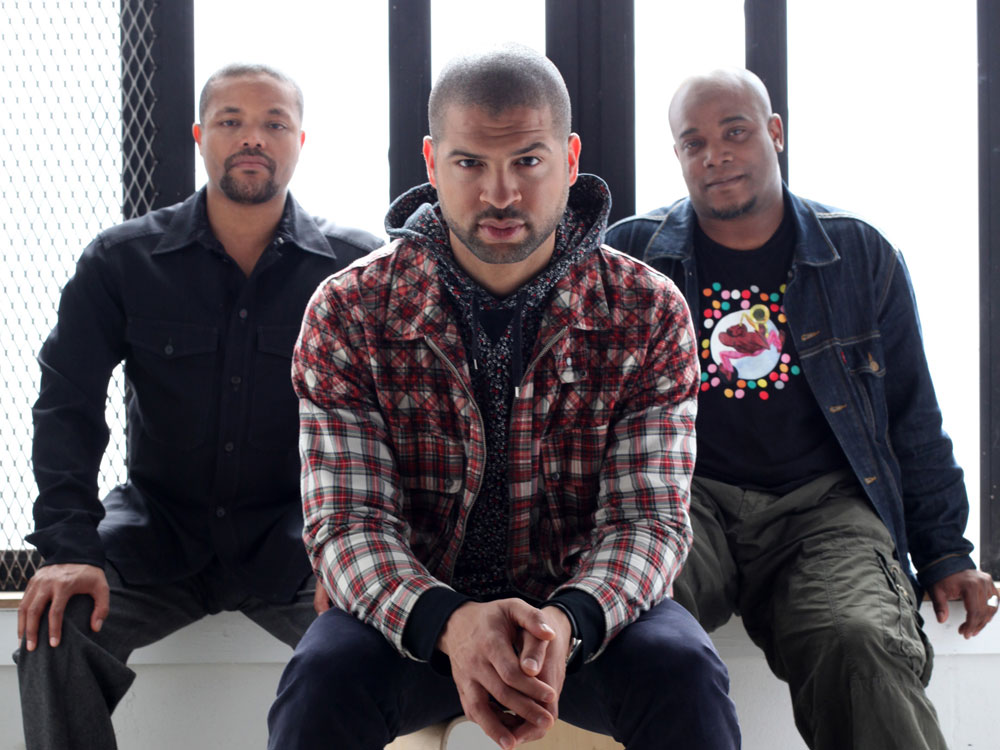 Jason Moran and The Bandwagon.

If you follow modern jazz, you already know why this statement is exciting: Jason Moran and the Bandwagon are releasing a new album.

If you're wondering why your jazz-loving friend is so giddy right now, this record is a good place to start. See, Jason Moran is a jazz pianist whose interests go way beyond jazz as it's commonly understood. There are pieces here inspired by the quilters of Gee's Bend, Ala., Robert F. Kennedy's 1966 trip to South Africa, Jimi Hendrix's breakout performance at the 1967 Monterey Pop Festival, a Leonard Bernstein ballet, an original ballet, parenting twin toddlers, a composer who wrote pieces too difficult for humans to physically play and an African-American blackface minstrel of the early 1900s ("Nobody," the hidden track after "Old Babies" concludes). Moran loves one of the earliest forms of jazz, stride piano, and one of the most post-modern forms, free jazz -- and really everything in between. And in all this, he also reinterprets the music of three other jazz piano nonconformists: Thelonious Monk, Andrew Hill and Jaki Byard.

At 35, Moran has been working with his Bandwagon trio for 10 years now -- hence the record's title, Ten -- and together, they play anything but jazz as usual. You get three incredible virtuosos in Moran, electric bassist Tarus Mateen and drummer Nasheet Waits, who've built the kind of rapport you only get in 10 years of playing together as a unit. They're the kind of virtuosos who choose to be different: the kind who know music inside-out, so they turn it outside-in. It's mighty impressive, and original to boot.

Most of all, this music makes sonic sense. It reads like a laundry list of crazy ideas, but it sounds like something that can be immediately perceived as both familiar and new. Give it a first listen, and maybe a second or third, and tell us what you think in the comments below. Ten will stream here in its entirety until its release on June 22.