Accessibility links
Foreign Policy: Don't Expect Much From Lima Secretary of State Hillary Clinton is in South America this week participating in the 40th General Assembly of the Organization of American States. Jose R. Cardenas of Foreign Policy warns us that while a "crowded agenda" awaits her, not to expect much of substance to come out of the trip. 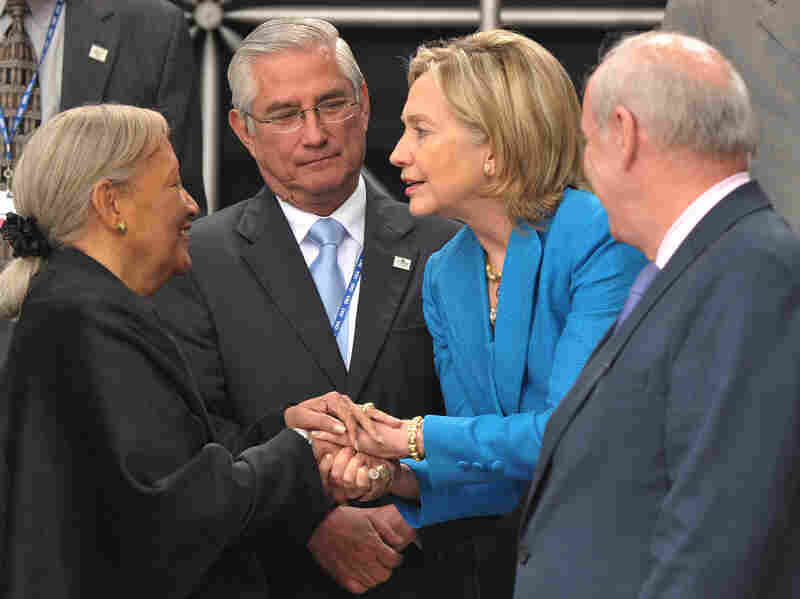 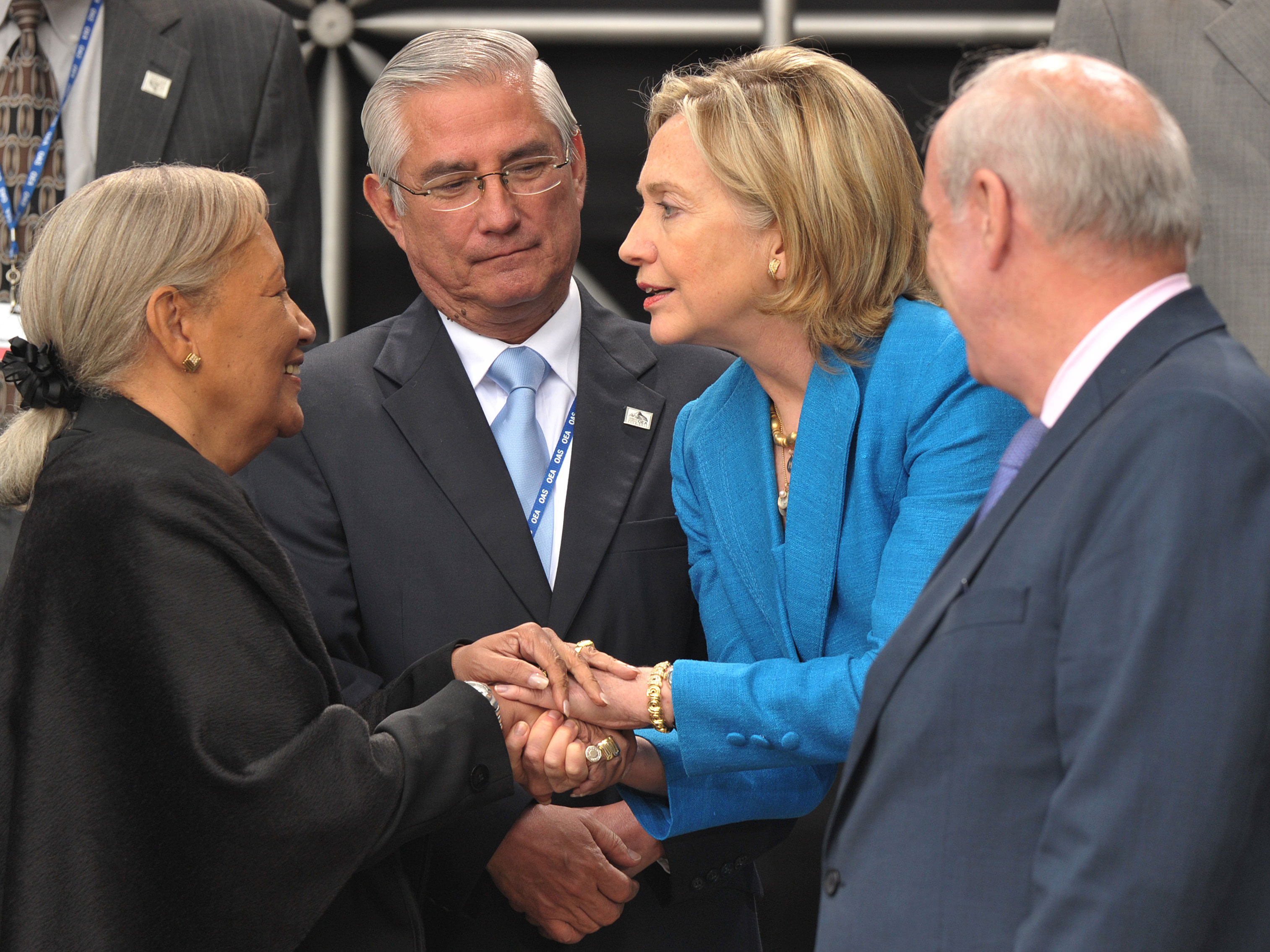 Secretary of State Hillary Rodham Clinton greets Hatian Minister of foreign affairs Marie-Michele Rey during the 40th Summit of Foreign Affairs Ministers of the Organization of American States, in Lima.

Secretary of State Hillary Clinton is in South America this week participating in the 40th General Assembly of the Organization of American States in Lima, Peru. From there she travels to Ecuador, Colombia, and onto Barbados to meet with Caribbean leaders. The Associated Press says a “crowded agenda” awaits her, but don’t expect much in substance to come out of the trip.

Secretary Clinton has been game, but she is reaping the whirlwind of Obama campaign operatives relentlessly pummeling President Bush for supposedly “ignoring” the countries of the Western Hemisphere. In doing so, they stoked outsized expectations around the region about what would result from an Obama presidency. The fact is not much has resulted and the last thing our neighbors see is anything like a supposed golden era of U.S. engagement with our neighbors.

Indeed, many Latin countries are flaunting their lack of interest in strong ties with the United States. Whether it is the anti-American and anti-democratic agendas pursued by Hugo Chavez and his ilk or Brazil’s efforts to carve out a separate role for itself on the global stage by pushing an Iran nuclear deal that the United States rejects or keeping alive the issue of Honduras’ ousted president Manuel Zelaya that the Obama administration clearly wants to move past, divergent pursuits are overtaking a commonality of purpose.

Neither is the OAS General Assembly the most accommodating venue for the administration to re-seize the initiative. Rather than a useful platform to address real problems in the hemisphere, such as criminality, corruption, and bolstering democracy, the meeting is more a cacophony of voices airing pet parochial grievances that will only magnify our differences, platitudes aside.

Of course, not all is gloom-and-doom in the region. There are positive stories -- including Colombia’s return from the brink of narco-fueled chaos, Peru’s upbeat economic performance, the Central American-Dominican Republic Free Trade Agreement, and Mexico’s desire to cooperate more closely on the war on drugs -- but these initiatives were well in train before the current administration took office.

The administration has its work cut out for it in trying to create momentum in the service of the shared interests we still do have with a number of countries in the Americas. But that will not be created in visits to Ecuador, Bolivia, Argentina, and other precincts currently infatuated with the anti-American fad. Instead, it will come with continuing to work with like-minded governments unabashed about identifying with our vision for the hemisphere of prosperity for all through free peoples and free markets.