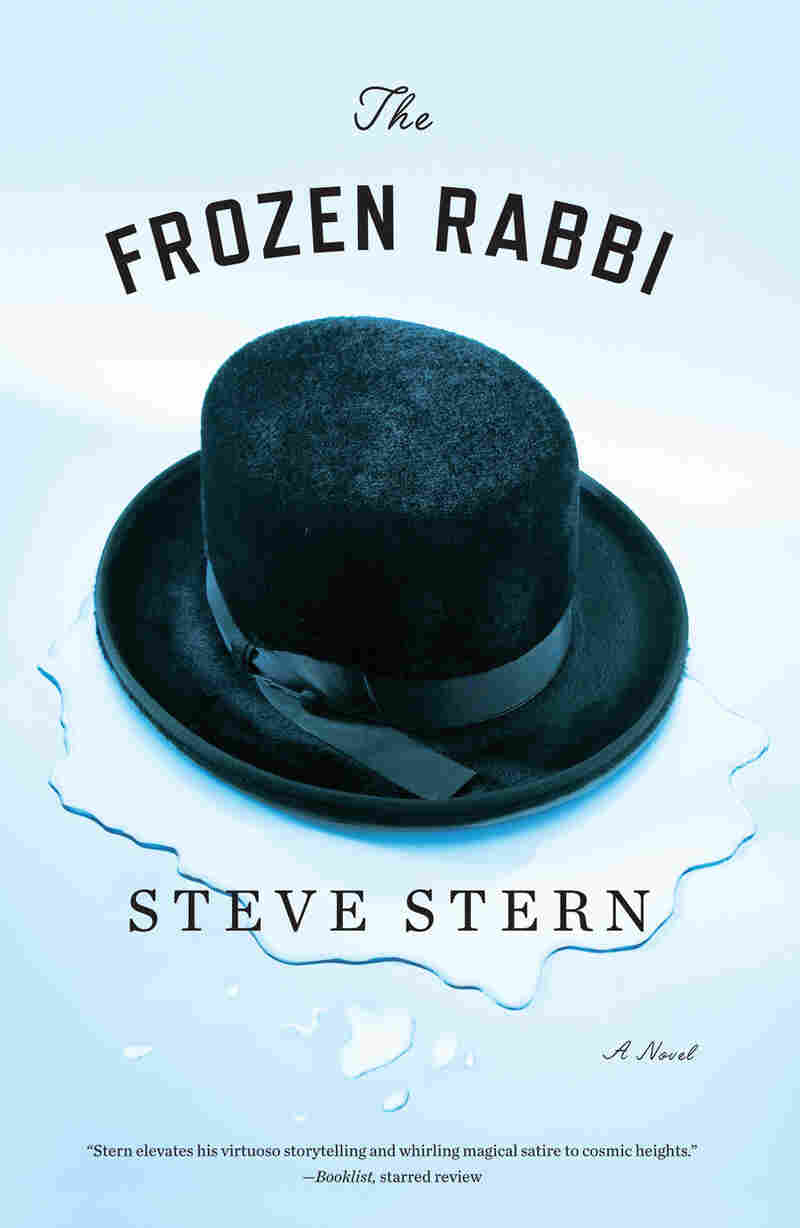 Sometime during his restless fifteenth year, Bernie Karp discovered in his parents' food freezer -- a white-enameled Kelvinator humming in its corner of the basement rumpus room -- an old man frozen in a block of ice. He had been searching for a slab of meat, albeit not for the purpose of eating. Having recently sneaked his parents' copy of a famously scandalous novel of the sixties in which the adolescent hero has relations with a piece of liver, Bernie was moved to duplicate the feat. No stranger to touching himself, he hardly dared to dream of touching another, so inaccessible seemed the flesh of young girls. His only physical intimacy so far had been with his mother's Hoover, innumerable pairs of socks, and his big sister's orchid pink underpants retrieved from the dirty clothes hamper in the bathroom. Then he had come upon the novel he'd once heard his parents sheepishly refer to as the required reading of their youth. Not a reader, nor much of an active participant in his own uninquisitive life, Bernie had nevertheless browsed the more explicit passages of the book and so conceived the idea of defrosting a piece of liver.

Shoving aside rump roasts, Butterballs, and pork tenderloins in his quest, Bernie delved deeper among the frozen foods than he'd ever had occasion to search. That was when, having emptied and removed the wire trays, the boy encountered toward the bottom of the bin a greenish block of ice that stretched the entire length of the freezer. Scattering individually wrapped filets, tossing packages of French fries, niblets, and peas, Bernie was able to discern beneath the rippled surface of the ice the unmistakable shape of a man. It was an old man with a narrow, hawkish face, gouged cheeks, and a stringy yellow beard, his head wreathed in a hat like a lady's muff. His gaunt body was enveloped in a papery black garment that extended to the knees, below which his sticklike calves, crossed at the ankles, were sheathed in white stockings. His feet were shod in buckled bluchers that curled at the toes, his arms folded behind his head as if he were taking a luxurious nap.

Bernie's initial reaction was panic: He'd stumbled upon something he shouldn't have, and thought he ought abruptly to cover his tracks. He rolled the boulders of meat back onto the ice, slammed shut the lid of the deep freeze, and tromped upstairs to his room, where he crawled into bed and tried to still his galloping heart. A solitary, petulant kid, his chubby cheeks in their first flush of cystic acne, Bernie was unaccustomed to any kind of galloping. But the next day he returned to the basement to determine if he'd seen what he'd seen, and that night at dinner, ordinarily a somber affair during which his father related his business woes to an indifferent wife, Bernie muttered, "There's an old man in the meat freezer." He hadn't meant to say anything; if his parents were keeping some dirty secret in the basement, it was none of his business. So what had compelled him to blurt it out?

"Did you say something?" asked his father, unused to his son's breaking his sullen silence during meals. Bernie repeated his assertion, still barely audible.

Mr. Karp pushed his bottle-thick glasses back onto the hump of his nose and looked to his wife, who sat feathering her spoon in her consommé. "What's he trying to say?"

It took a moment for the fog to lift from her puffy face. "Maybe he found the thing."

"You know, the white elephant."

"It's not an elephant," mumbled Bernie fretfully.

Mr. Karp cleared his throat. "That's an expression, white elephant, like a heirloom. Some people got taxidermied pets in the attic, we got a frozen rabbi in the basement. It's a family tradition."

Bernie retreated once again into silence, having been unaware that his family had any traditions. Then it was his sister Madeline's turn to be heard from. A voluptuous girl, exceedingly vain of her supernormal development, she condescended to inquire, "Like, um, what are you people talking about?"

Wary of his sister, who may have suspected him of stealing her underwear, Bernie slumped in his chair, avoiding her eyes. His father seemed to do likewise, for Madeline's looks could be oppressive in the matte gray Karp household; while Bernie's mother, still playing with her food, offered acerbically, "He's from your father's side of the family; they were always superstitious."

"He's a keepsake" -- Mr. Karp's tone was defensive -- "that they handed down from generation to generation." He squared his weak shoulders as he tried to summon some pride for an object whose existence he had clearly forgotten till now.

Annoyed, Madeline pushed her chair from the table, blew at a wisp of primrose hair that fell instantly back into her eyes, and flounced resolutely out of the dining room. Moments later a shriek was heard from down-stairs, and Mr. Karp cringed. "He came with a book, the rabbi," he said, as if the literature conferred some official distinction. "Yetta, where's the book?"

Heaving a sigh, Mr. Karp readjusted his glasses and got purposefully to his feet, departing the room just as Madeline emerged from the basement, her robust complexion gone deathly pale. "I, um, no longer want anything to do with this family?" she declared interrogatively.

"Here it is," announced Mr. Karp, squeezing past his busty daughter to reenter the dining room. "It was in the bottom drawer of the dresser, under my Masonic apron." Proprietor of a prosperous home-appliance showroom, Mr. Karp was a joiner, an affiliate of local chapters of the Masons, the Lions, and the Elks, his enrollment dating from a time when Jews were not always welcome in such organizations. His prominence and civic-mindedness, however, had earned him the status of an honorary gentile.

He had even managed to secure his family a membership in an exclusive Memphis country club, which (with the exception of Madeline, whose endowments gave her entrée everywhere) the family seldom used.

Mr. Karp handed a limp ledger book of the type in which accounts are kept to his son, who began indifferently thumbing the pages. Instead of figures, the pages were covered in an indecipherable script that resembled clef signs and fishhooks.

"The book explains where the rabbi came from," continued Mr. Karp with authority. "My papa wrote it all down himself. Problem is, he wrote it in Yiddish." He may as well have said Martian. Then he added somewhat apologetically, "He's supposed to bring luck."