Accessibility links
Former California Transit Officer Faces Trial For 2009 Shooting Opening statements begin Thursday in the trial of Johannes Mehserle, a former transit police officer who is charged with second-degree murder in the shooting death of an unarmed black man on New Year's Day 2009 in Oakland, Calif. The killing was captured on video and widely posted on the Internet. 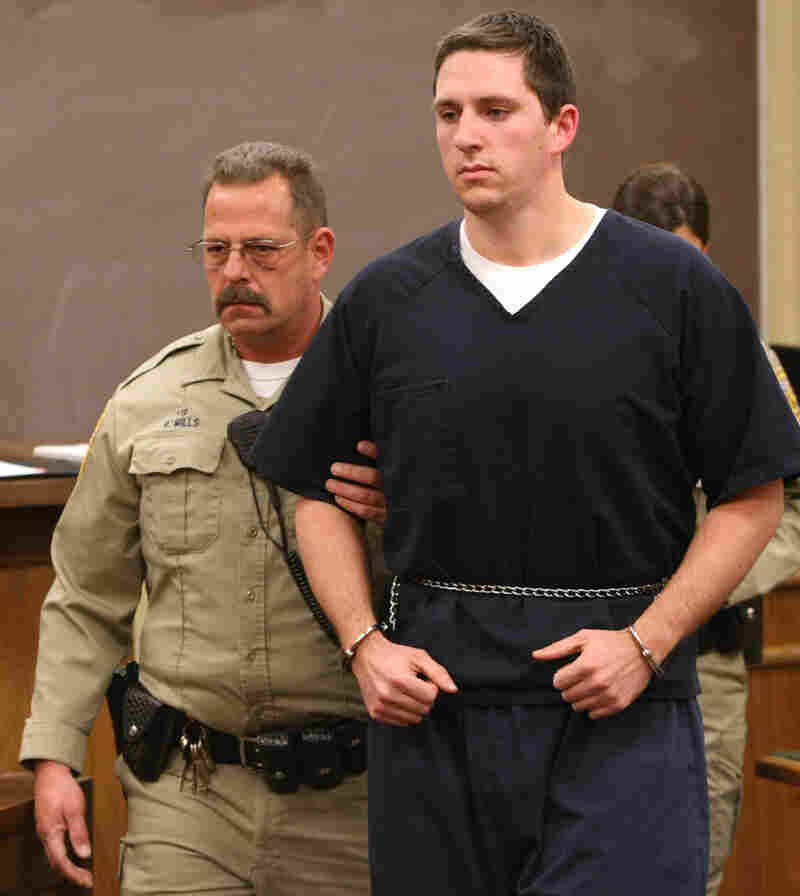 Opening arguments begin Thursday in the trial of a former San Francisco Bay Area Rapid Transit police officer who is accused of murdering an unarmed man on New Year's Day 2009.

The killing was captured on video and then widely posted on the Internet. It stirred racial tensions in Oakland, Calif. -- the police officer is white and the victim was black. The trial is being held in Los Angeles after a judge ruled that publicity in the case made a fair trial in Oakland impossible.

There is no doubt that Johannes Mehserle shot and killed Oscar Grant. The trial, then, hinges on the circumstances of the shooting. The jury will see several cell phone videos shot from different angles of the night Grant was killed on a crowded train platform in Oakland.

Grant and two companions had been pulled off of a train after reports of a fight. In one video, Grant is seen sitting against a wall and appears to have his hands up. Then the police pick him up and push him face-first to the platform. One officer has his knee on Grant's back. There appears to be a momentary struggle. Then Mehserle, a two-year veteran, stands, draws his weapon and fires.

The victim, Grant, was a 22-year-old supermarket worker and father. Days after his death, protesters rioted in downtown Oakland. At a far more peaceful prayer vigil last week, Grant was hailed as a martyr.

Grant was also a parolee, who had been arrested five times in his young life and spent nearly two years in jail. Just before his death, he had been looking for help to change his life and went to talk with his uncle, Cephus Johnson.

"His conversation centered around the fact that, you know, I basically have made some bad choices. He talked about how much he loved his daughter and begin to take a look at the future and what he wanted to do for himself and his family. And I can say I believe he was more or less scared straight," Johnson says.

The judge in the trial, Robert Perry, has ruled that the jury can hear about Grant's criminal record, particularly one incident in 2006 when he resisted arrest after a traffic stop.

Darryl Stallworth, an Oakland defense attorney and former prosecutor who has been following the case, says the judge made the right call.

"And sometimes, in my experience, what the victim is doing or what the victim may have done in similar situations can help a jury sometimes understand why the defendant behaved in the way that he did," Stallworth says. 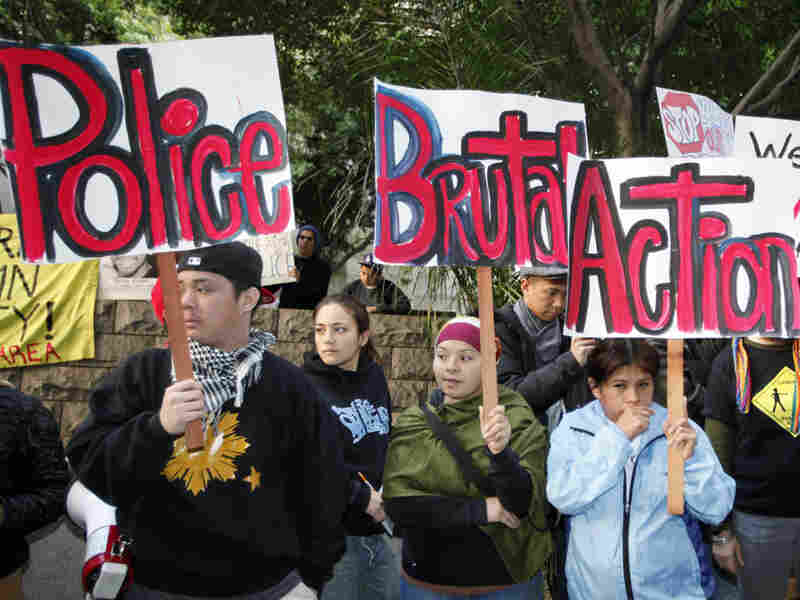 In January, demonstrators carried protest signs outside of the Criminal Justice Center in Los Angeles, where Mehserle was attending a hearing. The trial begins Thursday. Nick Ut/AP hide caption 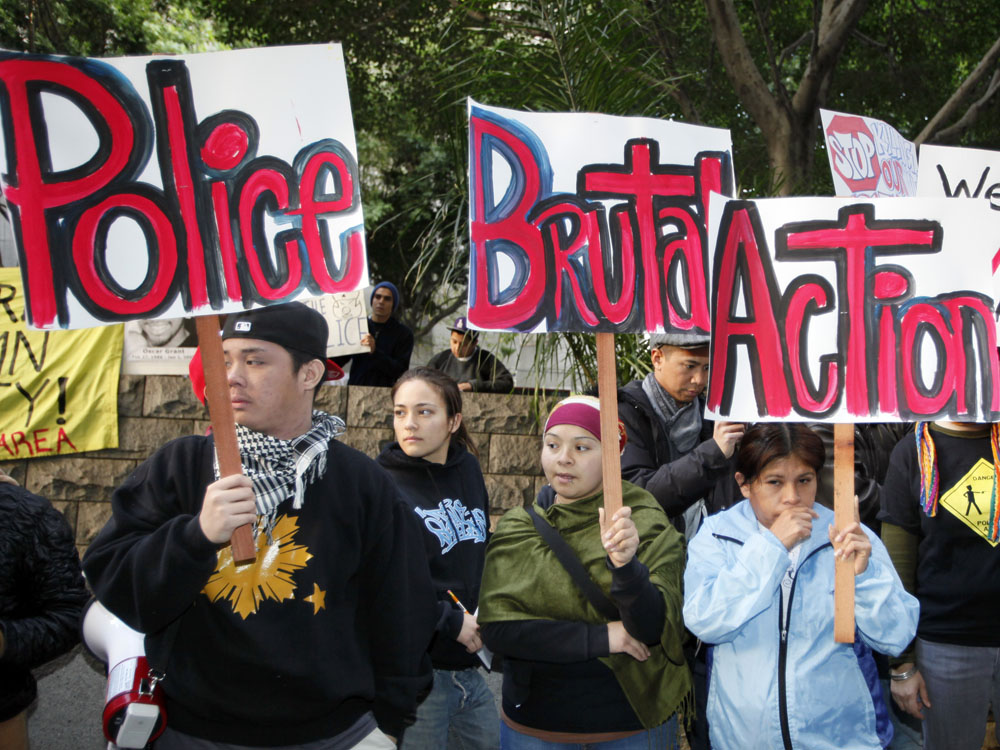 In January, demonstrators carried protest signs outside of the Criminal Justice Center in Los Angeles, where Mehserle was attending a hearing. The trial begins Thursday.

What the defense will try to do is make the then-27-year-old Mehserle a sympathetic figure, says Stallworth.

"We have to really understand that jurors, for the most part, if you want to be real honest, are going to consider police officers sort of heroic," he says.

Not a lot is known about Mehserle. He grew up in the Napa wine country and was reportedly an average student at three different high schools. After the Grant shooting, he refused to speak with Bay Area Rapid Transit investigators and resigned from his job.

According to his defense attorney, Michael Rains, Mehserle did not intend to draw his gun and shoot Grant, but rather he meant to pull out his newly issued taser.

It is not known whether Mehserle will ever take the stand in his own defense. The trial is expected to last at least one month.