Accessibility links
The Fresh Air Interview: Filmmaker Josh Fox - 'Living In The Middle Of A 'Gasland' A natural gas mining company sent Josh Fox a letter offering him $100,000 in exchange for the rights to drill on his land. Instead of saying yes, Fox made a documentary called Gasland about the unexpected results of natural gas drilling -- and why he believes there is continued cause for concern. 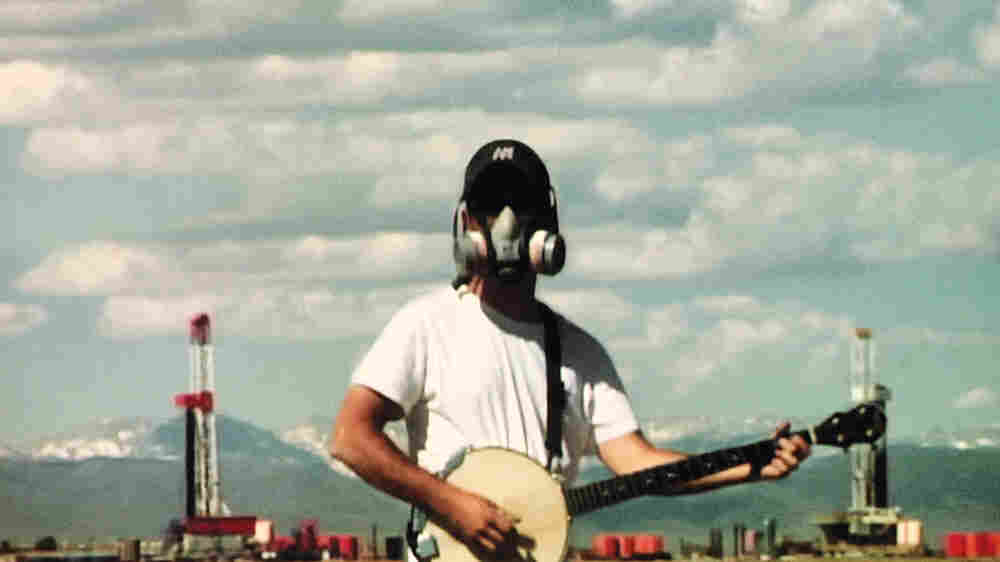 Josh Fox lives in the Upper Delaware River Basin, on the border straddling Pennsylvania and New York State. In May 2008, he received a letter from a natural gas mining company. The company wanted to lease 19.5 acres of land from Fox -- and would pay him $100,000 to do so.

"[They say] 'We might not even drill,' " he tells Fresh Air's Terry Gross. " 'We don't even know if there's gas here. It's going to be a fire hydrant in the middle of a field -- very little impact to your land. You won't hardly know we're here.' "

Instead of saying yes, Fox decided to travel around the country to see how the process of natural gas drilling affected other communities and homeowners. The result, his documentary Gasland, premieres on HBO on June 21.

Fox explains the process of unconventional gas drilling -- the technique used by mining companies to obtain natural gas -- as well as why he believes there is continued cause for concern.

For example, some homeowners he spoke to noticed that their water had been discolored or was starting to bubble. And in some communities, people were able to light the water coming out of their faucets on fire -- because chemicals from the natural gas drilling process had seeped into the water.

"I did it myself," he says. "That's one of the most dramatic and spectacular things in the film. It just turns your whole world upside down when you can turn the faucet on and stick a cigarette lighter under it and you get this explosion of flame." 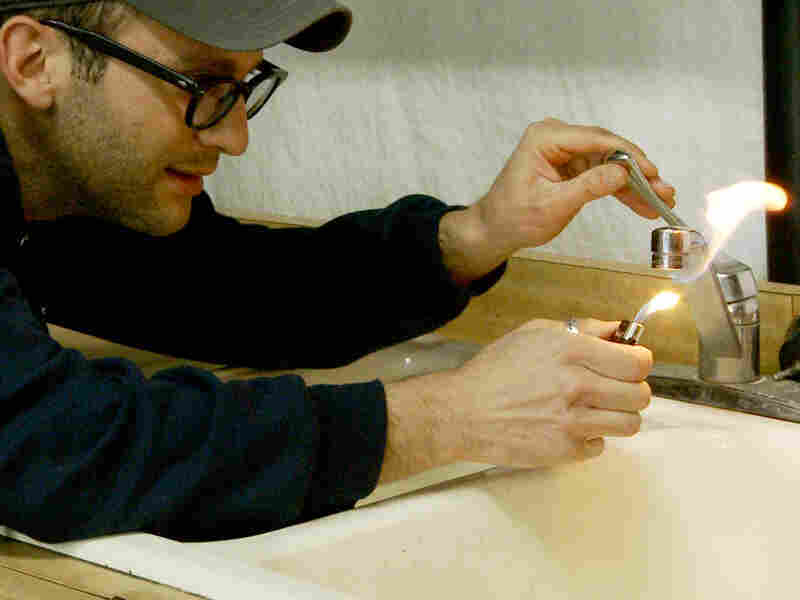 Josh Fox demonstrates setting tap water on fire -- simply by holding a lighter underneath a faucet -- at a home in northern Colorado. Josh Fox hide caption 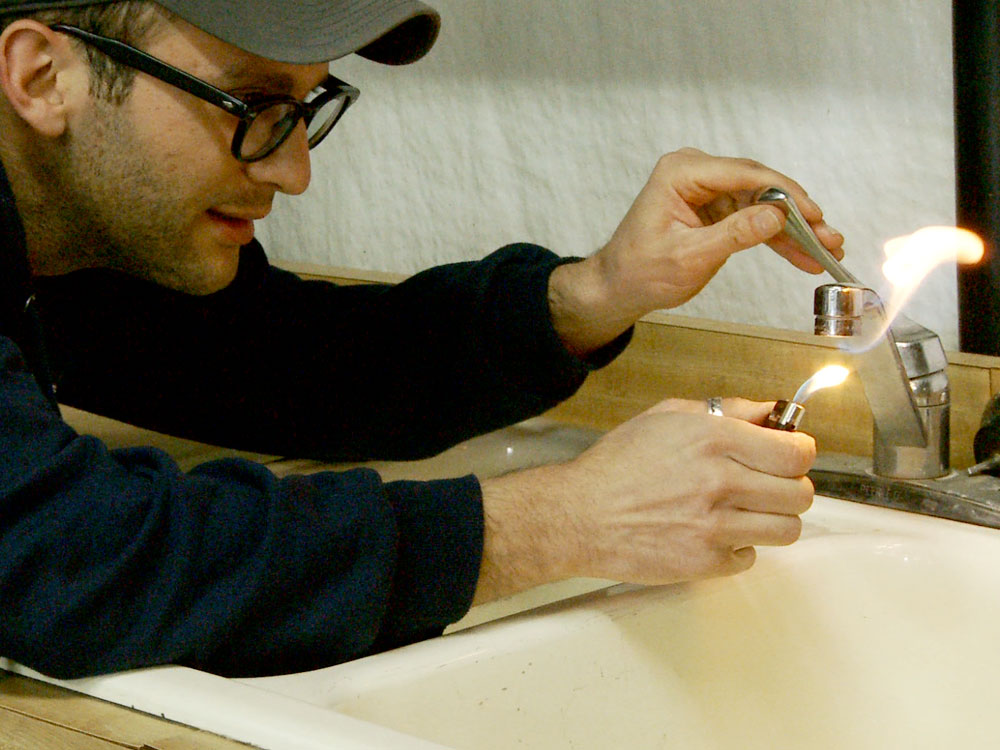 Josh Fox demonstrates setting tap water on fire -- simply by holding a lighter underneath a faucet -- at a home in northern Colorado.

On his alarming findings while researching for his film

"The first thing that I heard about was a woman [whose] water well exploded on New Years Day of 2009. And it sent a concrete casing soaring up into the air and scattered debris all over her yard. And then other people started to notice that their water was bubbling and fizzing, that their water had been discolored. By the time I got there a month later, there were children who were getting sick [and] animals who were getting sick and the whole place was pretty much laid to waste. There were gas well pads everywhere. There was incredibly heavy truck traffic. It seemed like normal life had just been turned completely upside down."

"Hydraulic fracturing is a process of injecting, at incredibly high pressure, a huge volume of water -- they use between 2 and 7 million gallons of water per frack to fracture the rock formation. It's called unconventional gas drilling. It fractures that rock apart and gets at all of the tiny bubbles of the gas that are sort of infused in that rock. In order to do that, they inject [these] million gallons of fluid down the wellbore that breaks apart the rock. It causes a kind of mini-earthquake under very intense pressure. What seems to be happening is that's liberating gas and other volatile, organic compounds. ... The volatile organics are released along with the gas. Sometimes they're used as part of the compounds. The fracking fluid creates this. You're releasing volatile organics, which are carcinogenic, and that is traveling, somehow -- along with the methane -- getting into peoples' water supply so that it's flammable."

Find out more about natural gas drilling in the United States.

On regulation in the natural gas industry

On his neighbors leasing their land to the natural gas companies

"We're completely surrounded by people who have leased. And this is what's worrisome. The difficult thing about this is it's a decision for a whole community that's left up to certain individuals to decide what they want to do. Because if the neighboring property next to me is leased and I want to sell my house, I'm in a very difficult situation, and it's very hard for me to get financing from a bank because I'm now adjacent to an industrial zone."

Terry Gross: "You know, I never thought of that. So that means some of the summer camps might become oil wells?"