Accessibility links
Book Review: 'Extra Lives' by Tom Bissell — 'Extra Lives' Plays Up The Artistry Of Video Games Author and video game aficionado Tom Bissell is just one of millions of kids who grew up with console games and never abandoned the hobby. In his new book, Extra Lives: Why Video Games Matter, he describes the creative choices that go into creating the virtual worlds of mayhem and fantasy.

'Extra Lives' Plays Up The Artistry Of Video Games

'Extra Lives' Plays Up The Artistry Of Video Games 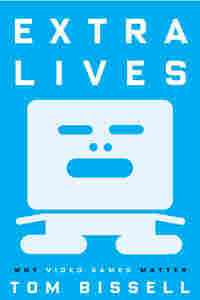 In Tom Bissell's Extra Lives: Why Video Games Matter, the above quote from one of the video game industry's "legendary" designers nails what the multibillion-dollar business has been haltingly striving toward for decades. It also serves as the flashing beacon on the reader's radar screen, the guiding idea through an exhilaratingly sprawling meditation on what various role-playing, first-person "shooter" and "stealth survival" games are really up to and how they affect the players who get lost in them.

Or in this case, how the games work on a single player, a 35-year-old, prize-winning author. At least in age and sex, Bissell is perfectly representative of the millions of boys who grew up with console games like the Atari 2600 and never abandoned the hobby (or infatuation), playing games of mayhem and fantasy well into adulthood -- for hours and hours, if they can break free from the demands of career, love and family. (In one of his frequent and characteristically puckish asides, Bissell points out that "rarely has wide-ranging familiarity with a medium so transparently privileged the un- and underemployed.")

Parts memoir, criticism and reportage, freely mixing the high ("sodality" and "ludonarrative" pop into sentences) with the low (f-bombs abound), Extra Lives channels the author's intimate history with PS2 and Xbox 360 games into something richer. At its simplest, the book charmingly informs us about the massive complexity and taxing labor entailed in producing a marquee title like Gears of War or Fable II. (These games cost many millions to produce, but can rake in many millions more for their creators. Just take a look, as Bissell does, at the Ferraris and the Lamborghinis in the company parking lot of a North Carolina game developer.) 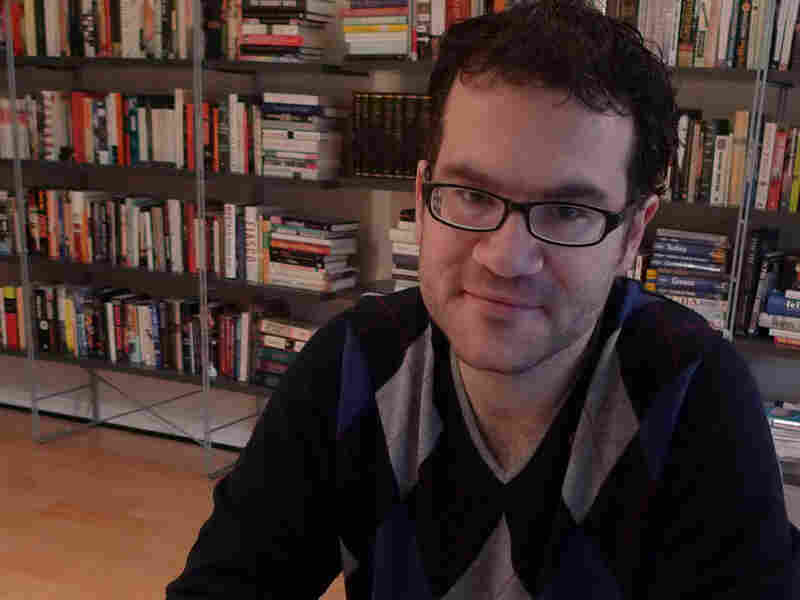 Tom Bissell is also the author of Chasing the Sea, God Lives In St. Petersburg and The Father of All Things. Trisha Miller hide caption 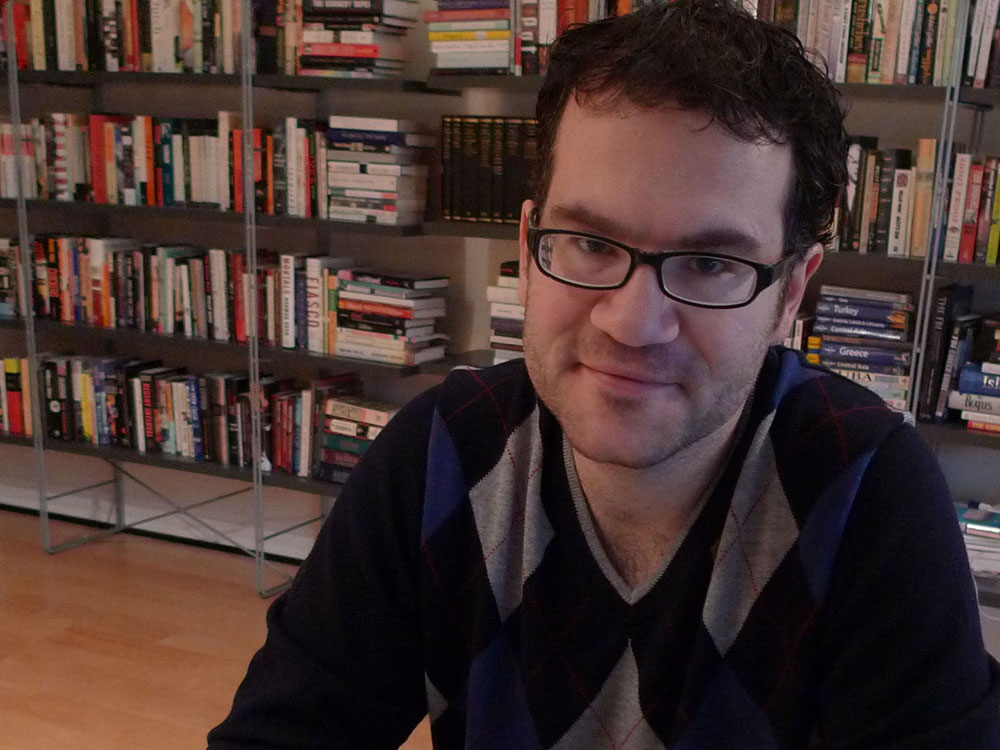 Tom Bissell is also the author of Chasing the Sea, God Lives In St. Petersburg and The Father of All Things.

At its finest, Bissell's book is a thrilling attempt at providing a critical framework for understanding and judging video games. One cannot help but think of the pioneering French cinephile Henri Langlois or the similarly influential Cahiers du Cinema as Bissell -- a literary artist who admits he gets more pleasure from video games now than from literature -- makes us see anew blockbuster games like Far Cry 2, describing to us the creative choices that went into creating these kinds of incredibly popular works and naming for us the experiences such games are trying to provide. All that violence and tension is there for a bigger reason.

Lauding the medium's great achievements (namely, the creation of "open worlds," where a player can roam around and largely do what he likes) and sharing his irritation with its longstanding flaw (lousy storytelling and dialogue), Bissell makes a convincing case that video games are inching toward art, if not some mind-bending realm. Extra Lives, thanks to its insight and passion, may well end up providing one great push toward that end.

"Once upon a time" refers to relatively recent years (2001-2006) during which I wrote several books and published more than fifty pieces of magazine journalism and criticism -- a total output of, give or take, 4,500 manuscript pages. I rarely felt very disciplined during this half decade, though I realize this admission invites accusations of disingenuousness or, failing that, a savage and justified beating. Obviously, I was disciplined. These days, however, I am lucky if I finish reading one book every fortnight. These days, I have read from start to finish exactly two works of fiction -- excepting those I was not also reviewing -- in the last year. These days, I play video games in the morning, play video games in the afternoon, and spend my evenings playing video games. These days, I still manage to write, but the times I am able to do so for more than three sustained hours have the temporal periodicity of comets with near-Earth trajectories.

For a while I hoped that my inability to concentrate on writing and reading was the result of a charred and overworked thalamus. I knew the pace I was on was not sustainable and figured my discipline was treating itself to a Rumspringa. I waited patiently for it to stroll back onto the farm, apologetic but invigorated. When this did not happen, I wondered if my intensified attraction to games, and my desensitized attraction to literature, was a reasonable response to how formally compelling games had quite suddenly become. Three years into my predicament, my discipline remains AWOL. Games, meanwhile, are even more formally compelling.

It has not helped that during the last three years I have, for what seemed like compelling reasons at the time, frequently upended my life, moving from New York City to Rome to Las Vegas to Tallinn, Estonia, and back, finally, to the United States. With every move, I resolved to leave behind my video game consoles, counting on new surroundings, unfamiliar people, and different cultures to enable a rediscovery of the joy I once took in my work. Shortly after arriving in Rome, Las Vegas, and Tallinn, however, the lines of gameless resolve I had chalked across my mind were wiped clean. In Rome this took two months; in Vegas, two weeks; in Tallinn, two days. Thus I enjoy the spendthrift distinction of having purchased four Xbox 360 consoles in three years, having abandoned the first to the care of a friend in Brooklyn, left another floating around Europe with parties unknown, and stranded another with a pal in Tallinn (to the irritation of his girlfriend). The last Xbox 360 I bought has plenty of companions: a Gamecube, a PlayStation 2, and a PlayStation 3.

Writing and reading allow one consciousness to find and take shelter in another. When the mind of the reader and writer perfectly and inimitably connect, objects, events, and emotions become doubly vivid—realer, somehow, than real things. I have spent most of my life seeking out these connections and attempting to create my own. Today, however, the pleasures of literary connection seem leftover and familiar. Today, the most consistently pleasurable pursuit in my life is playing video games. Unfortunately, the least useful and financially solvent pursuit in my life is also playing video games. For instance, I woke up this morning at 8 A.M. fully intending to write this chapter. Instead, I played Left 4 Dead until 5 P.M. The rest of the day went up in a blaze of intermittent catnaps. It is now 10 P.M. and I have only started to work. I know how I will spend the late, frayed moments before I go to sleep tonight, because they are how I spent last night, and the night before that: walking the perimeter of my empty bed and carpet-bombing the equally empty bedroom with promises that tomorrow will not be squandered. I will fall asleep in a futureless, strangely peaceful panic, not really knowing what I will do the next morning and having no firm memory of who, or what, I once was.

The first video game I can recall having to force myself to stop playing was Rockstar's Grand Theft Auto: Vice City, which was released in 2002 (though I did not play it until the following year). I managed to miss Vice City's storied predecessor, Grand Theft Auto III, so I had only oblique notions of what I was getting into. A friend had lobbied me to buy Vice City, so I knew its basic premise: you are a cold-blooded jailbird looking to ascend the bloody social ladder of the fictional Vice City's criminal under- and overworld. (I also knew that Vice City's violent subject matter was said to have inspired crime sprees by a few of the game's least stable fans. Other such sprees would horribly follow. Seven years later, Rockstar has spent more time in court than a playground-abutting pesticide manufactory.) I might have taken better note of the fact that my friend, when speaking of Vice City, admitted he had not slept more than four hours a night since purchasing it and had the ocular spasms and fuse-blown motor reflexes to prove it. Just what, I wanted to know, was so specifically compelling about Vice City? "Just get it and play it," he answered. "You can do anything you want in the game. Anything."

Before I played Vice City, the open-world games with which I was familiar had predictable restrictions. Ninety percent of most open gameworlds' characters and objects were interactively off limits and most game maps simply stopped. When, like a digital Columbus, you attempted to journey beyond the edge of these flat earths, onscreen text popped up: YOU CAN'T GO THAT WAY! There were a few exceptions to this, such as the (still) impressively open-ended gameworld of Nintendo's Legend of Zelda: Ocarina of Time, which was released in 1998. As great as Ocarina was, however, it appealed to the most hairlessly innocent parts of my imagination. Ingenious, fun, and beautiful, Ocarina provided all I then expected from video games. (Its mini-game of rounding up a brood of fugitive chickens remains my all time favorite.) Yet the biggest game of its time was still, for me, somehow too small. As a navigated experience, the currents that bore you along were suspiciously obliging. Whatever I did, and wherever I moved, I never felt as though I had escaped the game. When the game stopped, so did the world. 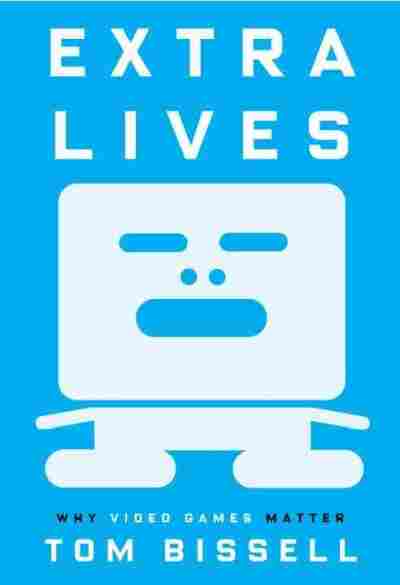