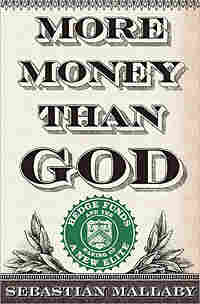 More Money Than God: Hedge Funds and the Making of a New Elite
By Sebastian Mallaby
Hardcover, 496 pages
The Penguin HC
List price: $25.95

Alfred Winslow Jones, inventor of the hedge fund, never got an MBA. Amazingly, he studied Marxism in Berlin. And he was almost 50 when he become an investor.

At the time, in 1948, economists believed the stock market was cyclical. Not Jones. Wall Street, in his esteem, was irrational -- fluctuating with investors' mood swings.

To reduce his risk, Jones didn't just buy stocks hoping they'd go up. He also bought stocks "short" -- meaning he borrowed stocks he thought would lose value -- sold them immediately, then bought them back when the price dropped.

He could thus hedge his bets and even make money regardless of the market. And a new type of fund was born.

Jones' legacy is illuminated in an excellent, infuriating new book by Sebastian Mallaby, More Money Than God: Hedge Funds and the Making of a New Elite.

More Money Than God is an expert primer on America's most obscenely lucrative investment tool. Hedge funds, as Mallaby explains, are like the Ferraris of finance. They're elite, turbocharged, smaller and less regulated than other investment vehicles. Unlike banks and brokerages, hedge managers invest some of their own money -- which, Mallaby says, makes them less reckless. When they crash, they don't take the whole economy with them.

But when they're winning? More Money Than God describes how a few moguls devalued the currency of Thailand -- plunging millions into poverty -- to walk away with over $1 billion in profits; how top earners took home at least $240 million apiece in 2006; and who even managed to benefit wildly from the subprime-mortgage crisis.

In their fanatical drive to outsmart the markets, these capitalists seek to unlock the secrets of human psychology itself. They're obsessed with trying to predict behavior, subjugate it, manipulate it. Their quest is almost mythical.

Almost. There's much to admire about the hedge fund elite, but little to love. So, the same can be said about More Money Than God.

Let me be blunt: Currently, many of my loved ones are out of work -- and like the majority of Americans, I can never afford a hedge fund and I didn't make money off the credit crisis. Perhaps you'll forgive me, then, for not warming to a terrific book about the moguls who did.

Mallaby notes that hedge funds themselves didn't create the subprime crisis. True. But their short-selling aggravated the fallout. And they've contributed to an outsized atmosphere of greed -- and the growing imbalance of wealth -- for years.

Is this business as usual? Perhaps. "Greed and risk are always with us," Mallaby concludes. He's incisive, informative, and as good a financial writer as he is a storyteller. Yet I found his subjects morally bankrupt -- and his book therefore hard to adore. Like a stock market fluctuation, my reaction is probably irrational. But Alfred Winslow Jones surely would understand.

Susan Jane Gilman is a journalist, fiction writer and best-selling author of three nonfiction books: Hypocrite in a Pouffy White Dress, Kiss My Tiara: How to Rule the World as a SmartMouth Goddess and, most recently, Undress Me in the Temple of Heaven, a memoir about a naive and disastrous trek Gilman made through Communist China in 1986.

More Money Than God: Hedge Funds and the Making of a New Elite
By Sebastian Mallaby
Hardcover, 496 pages
The Penguin HC
List price: $25.95

The first hedge-fund manager, Alfred Winslow Jones, did not go to business school. He did not possess a PhD in quantitative finance. He did not spend his formative years at Morgan Stanley, Goldman Sachs, or any other incubator for masters of the universe. Instead, he took a job on a tramp steamer, studied at the Marxist Workers School in Berlin, and ran secret missions for a clandestine anti-Nazi group called the Leninist Organization. He married, divorced, and married again, honeymooning on the front lines of the civil war in Spain, traveling and drinking with Dorothy Parker and Ernest Hemingway. It was only at the advanced age of forty-eight that Jones raked together $100,000 to set up a "hedged fund," generating extraordinary profits through the 1950s and 1960s. Almost by accident, Jones improvised an investment structure that has endured to this day. It will thrive for years to come, despite a cacophony of naysayers.

Half a century after Jones created his hedge fund, a young man named Clifford Asness followed in his footsteps. Asness did attend a business school. He did acquire a PhD in quantitative finance. He did work for Goldman Sachs, and he was a master of the universe. Whereas Jones had launched his venture in his mature, starched-collar years, Asness rushed into the business at the grand old age of thirty-one, beating all records for a new start-up by raising an eye-popping $1 billion. Whereas Jones had been discreet about his methods and the riches that they brought, Asness was refreshingly open, tearing up his schedule to do TV interviews and confessing to the New York Times that "it doesn't suck" to be worth millions. By the eve of the subprime mortgage crash in 2007, Asness's firm, AQR Capital Management, was running a remarkable $38 billion and Asness himself personified the new globe-changing finance. He was irreverent, impatient, and scarcely even bothered to pretend to be grown up. He had a collection of plastic superheroes in his office. Asness freely recognized his debt to Jones's improvisation. His hedge funds, like just about all hedge funds, embraced four features that Jones had combined to spectacular effect. To begin with, there was a performance fee: Jones kept one fifth of the fund's investment profits for himself and his team, a formula that sharpened the incentives of his lieutenants. Next, Jones made a conscious effort to avoid regulatory red tape, preserving the flexibility to shape-shift from one investment method to the next as market opportunities mutated. But most important, from Asness's perspective, were two ideas that had framed Jones's investment portfolio. Jones had balanced purchases of promising shares with "short selling" of unpromising ones, meaning that he borrowed and sold them, betting that they would fall in value. By being "long" some stocks and "short" others, he insulated his fund at least partially from general market swings; and having hedged out market risk in this fashion, he felt safe in magnifying, or "leveraging," his bets with borrowed money. As we will see in the next chapter, this combination of hedging and leverage had a magical effect on Jones's portfolio of stocks. But its true genius was the one that Asness emphasized later: The same combination could be applied to bonds, futures, swaps, and options -- and indeed to any mixture of these instruments. More by luck than by design, Jones had invented a platform for strategies more complex than he himself could dream of.

No definition of hedge funds is perfect, and not all the adventures recounted in this book involve hedging and leverage. When George Soros and Stan Druckenmiller broke the British pound, or when John Paulson shorted the mortgage bubble in the United States, there was no particular need to hedge -- as we shall see later. When an intrepid commodities player negotiated the purchase of the Russian government's entire stock of non-gold precious metals, leverage mattered less than the security around the armored train that was to bring the palladium from Siberia. But even when hedge funds are not using leverage and not actually hedging, the platform created by A. W. Jones has proved exceptionally congenial. The freedom to go long and short in any financial instrument in any country allows hedge funds to seize opportunities wherever they exist. The ability to leverage allows hedge funds to size each bet to maximum effect. Performance fees create a powerful incentive to coin money.

Excerpted from More Money Than God: Hedge Funds and the Making of a New Elite by Sebastian Mallaby. Copyright June, 2010. Reprinted by arrangement with The Penguin Press, a member of Penguin Group (USA) Inc. 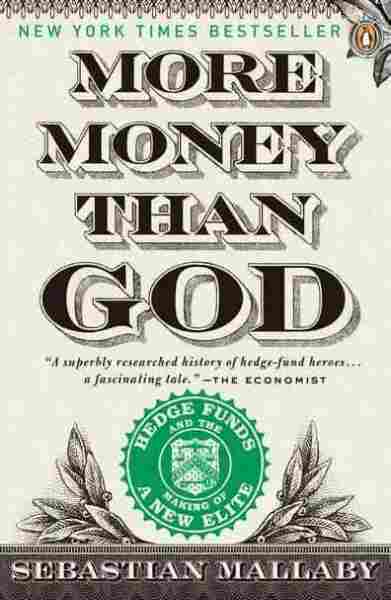 Hedge Funds and the Making of a New Elite