Accessibility links
Henry James' Heroine: 'Portrait' Of A Complex Lady In James' Portrait of a Lady, Isabel Archer is wise enough to understand that if you're not happy without a man, you certainly won't be happy with one. Writer Rhoda Janzen loves the book because it shows what a woman does once she acknowledges her own complicity in the life she has chosen. 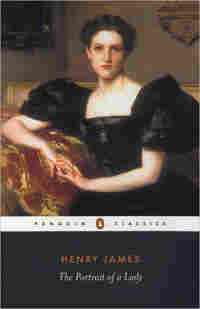 Henry James wasn't nicknamed "The Master" for nothin'. James himself once described his complicated, nuanced characters as "supersubtle fry." He published The Portrait of a Lady fairly early on, in 1880, when his prose was still lucid and compact.

Portrait tells the story of Isabel Archer, a distinctive American beauty. Isabel is smart -- book-smart, that is -- about the world she knows tragically little. That's why I like her. She makes decisions the same way I did at her age. She leads with the head; she overthinks.

Isabel attracts mighty suitors. One of the finest, Lord Warburton, doesn't expect Isabel to turn him down. By jingo, he's a leader in Parliament! He has a castle! Is it the moat? he asks.

What is it then?

Mister, it's that Isabel wants more than marriage offers! Like so many of us, Isabel has to learn the hard way.

She inherits a fortune. You wouldn't think that a fortune would be the hard way -- but it is. Naturally Isabel determines to do something great with her money, something noble, something enlightened. And so it should come as no surprise that she turns around and marries a man on whom readers would dearly love to spray spider repellent.

The guy whom she picks, Gilbert Osmond, isn't an over-the-top monster. He's not a villainous abuser or a deadbeat dad. The problem is his ego. It lies vast and submerged, like the iceberg that took down the Titanic. Yet Isabel insists on seeing Gilbert as a talented artist, a tasteful collector, and an adoring father to his daughter, fresh-faced little Pansy. 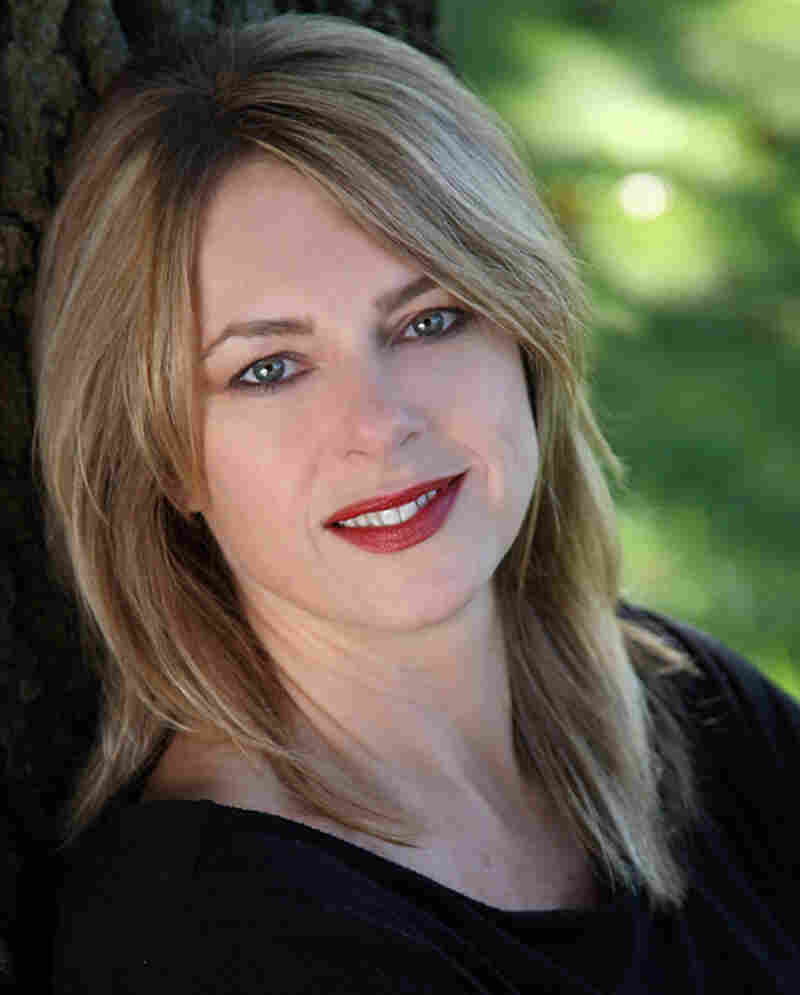 Rhoda Janzen teaches English and creative writing at Hope College. She is the author of Mennonite in a Little Black Dress. Shelley LaLonde hide caption 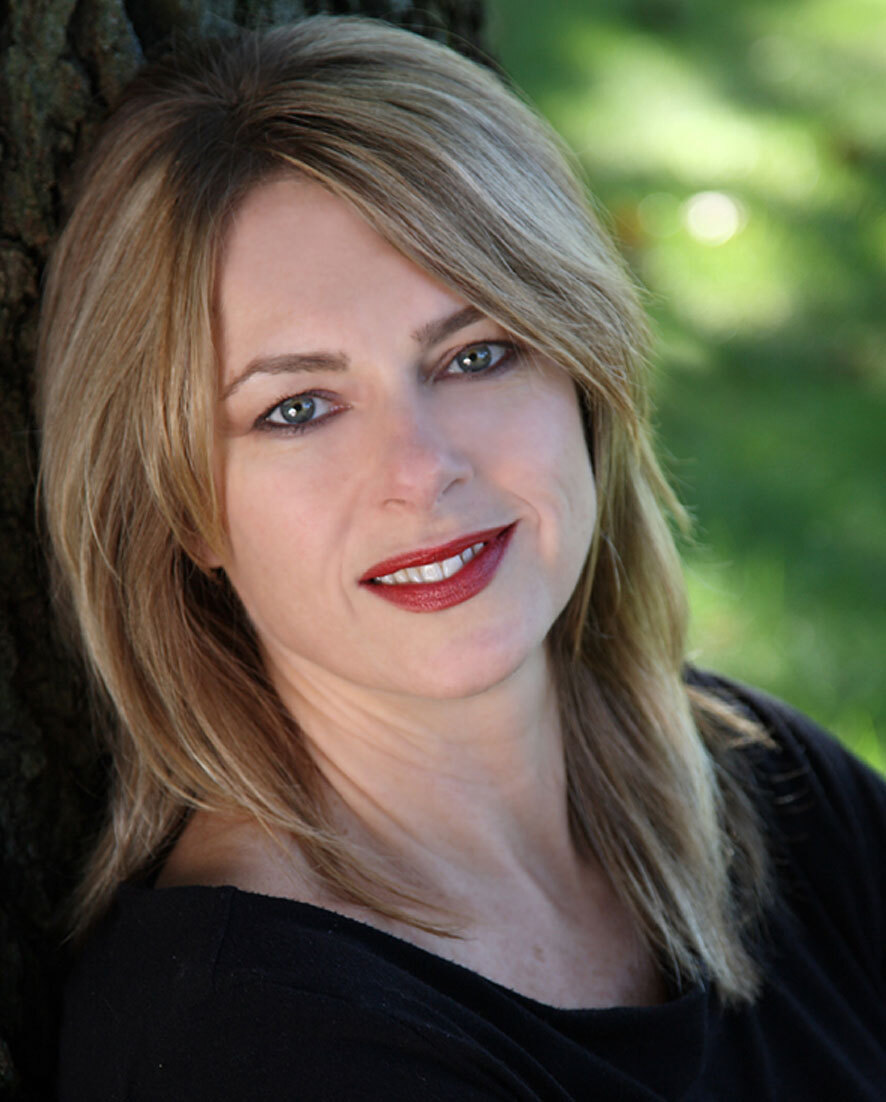 Rhoda Janzen teaches English and creative writing at Hope College. She is the author of Mennonite in a Little Black Dress.

But it's all a setup. Isabel tardily realizes that she's been played by her best friend, Serena, and her own husband. Serena was the one who introduced her to Gilbert. What a stunning betrayal that Gilbert and Serena have been lovers all along. So Serena turns out to be a backstabbing snake in the grass, and Gilbert, a chicanerous huckster on the scam for Isabel's money.

But this book isn't about the disappointments that inhere in the traditional marriage plot. It's about what a woman does when she begins to acknowledge her own complicity in the life she has chosen. This is the story of a new consciousness rising phoenix-like from the ashes of limited self-awareness. True, this book dresses romance as serious fiction. True, it features the best kiss in American literary history. But the real reason I love it is that it shows us a way to move forward after tragedy.

When I was 20, I was crushed that Isabel didn't ditch Gilbert to run off with the strongest of her suitors. But now at 47, I applaud a heroine wise enough to understand that if you're not happy without a man, you certainly won't be happy with one.

We all suffer. We all make decisions that give us a terrifying glimpse into a world without faith. But Isabel shows us that our bad decisions do not end our story. They begin it.

Excerpt: 'The Portrait Of A Lady'

"You'll live to marry a better woman than I."

"Don't say that, please," said Lord Warburton very gravely. "That's fair to neither of us."

"To marry a worse one then."

"If there are better women than you I prefer the bad ones. That's all I can say," he went on with the same earnestness. "There's no accounting for tastes."

His gravity made her feel equally grave, and she showed it by again requesting him to drop the subject for the present. "I'll speak to you myself -- very soon. Perhaps I shall write to you."

"At your convenience, yes," he replied. "Whatever time you take, it must seem to me long, and I suppose I must make the best of that."

"I shall not keep you in suspense; I only want to collect my mind a little."

He gave a melancholy sigh and stood looking at her a moment, with his hands behind him, giving short nervous shakes to his hunting-crop. "Do you know I'm very much afraid of it--of that remarkable mind of yours?"

Our heroine's biographer can scarcely tell why, but the question made her start and brought a conscious blush to her cheek. She returned his look a moment, and then with a note in her voice that might almost have appealed to his compassion, "So am I, my lord!" she oddly exclaimed.

His compassion was not stirred, however; all he possessed of the faculty of pity was needed at home. "Ah! be merciful, be merciful," he murmured.

"Very good; but whatever you write I'll come and see you, you know." And then he stood reflecting, his eyes fixed on the observant countenance of Bunchie, who had the air of having understood all that had been said and of pretending to carry off the indiscretion by a simulated fit of curiosity as to the roots of an ancient oak. "There's one thing more," he went on. "You know, if you don't like Lockleigh--if you think it's damp or anything of that sort--you need never go within fifty miles of it. It's not damp, by the way; I've had the house thoroughly examined; it's perfectly safe and right. But if you shouldn't fancy it you needn't dream of living in it. There's no difficulty whatever about that; there are plenty of houses. I thought I'd just mention it; some people don't like a moat, you know. Good-bye."

He held out his hand, and she gave him hers a moment -- a moment long enough for him to bend his handsome bared head and kiss it. Then, still agitating, in his mastered emotion, his implement of the chase, he walked rapidly away. He was evidently much upset.

Isabel herself was upset, but she had not been affected as she would have imagined. What she felt was not a great responsibility, a great difficulty of choice; it appeared to her there had been no choice in the question. She couldn't marry Lord Warburton; the idea failed to support any enlightened prejudice in favour of the free exploration of life that she had hitherto entertained or was now capable of entertaining. She must write this to him, she must convince him, and that duty was comparatively simple. But what disturbed her, in the sense that it struck her with wonderment, was this very fact that it cost her so little to refuse a magnificent "chance." With whatever qualifications one would, Lord Warburton had offered her a great opportunity; the situation might have discomforts, might contain oppressive, might contain narrowing elements, might prove really but a stupefying anodyne; but she did her sex no injustice in believing that nineteen women out of twenty would have accommodated themselves to it without a pang. Why then upon her also should it not irresistibly impose itself? Who was she, what was she, that she should hold herself superior? What view of life, what design upon fate, what conception of happiness, had she that pretended to be larger than these large, these fabulous occasions? If she wouldn't do such a thing as that then she must do great things, she must do something greater. Poor Isabel found ground to remind herself from time to time that she must not be too proud, and nothing could be more sincere than her prayer to be delivered from such a danger: the isolation and loneliness of pride had for her mind the horror of a desert place. If it had been pride that interfered with her accepting Lord Warburton such a betise was singularly misplaced; and she was so conscious of liking him that she ventured to assure herself it was the very softness, and the fine intelligence, of sympathy. She liked him too much to marry him, that was the truth; something assured her there was a fallacy somewhere in the glowing logic of the proposition -- as HE saw it -- even though she mightn't put her very finest finger-point on it; and to inflict upon a man who offered so much a wife with a tendency to criticise would be a peculiarly discreditable act. She had promised him she would consider his question, and when, after he had left her, she wandered back to the bench where he had found her and lost herself in meditation, it might have seemed that she was keeping her vow. But this was not the case; she was wondering if she were not a cold, hard, priggish person, and, on her at last getting up and going rather quickly back to the house, felt, as she had said to her friend, really frightened at herself.

Excerpted from A Portrait of a Lady, by Henry James 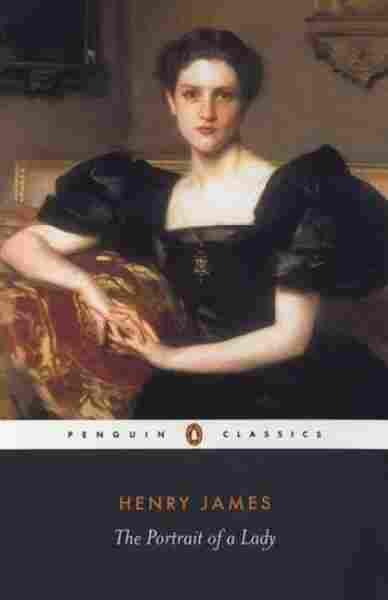 The Portrait of a Lady

by Henry James and Geoffrey Moore