Accessibility links
It May Not Be a Planet, but Pluto's Still a Rock Star A year ago this month, Pluto lost its status as a planet: The International Astronomical Union modified the definition of the term, and Pluto didn't qualify anymore. The demotion captured the imagination of some musicians, including One Ring Zero and Clare and the Reasons.

Listen
It May Not Be a Planet, but Pluto's Still a Rock Star 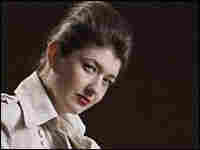 Clare Muldaur, of Clare and the Reasons, wrote Pluto a whimsical heart-to-heart song about its demotion. hide caption 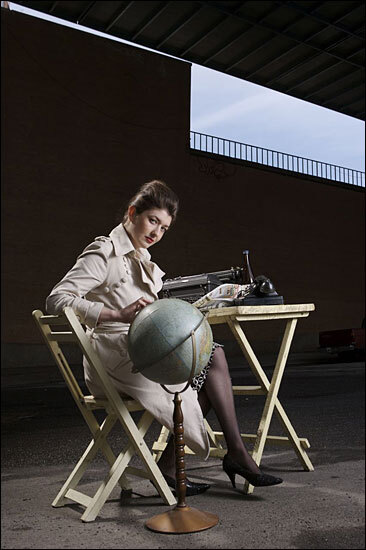 Clare Muldaur, of Clare and the Reasons, wrote Pluto a whimsical heart-to-heart song about its demotion.

'Pluto' by Clare and the Reasons

The former planet known as Pluto is mostly rock and ice. It's relatively small — roughly one-fifth the mass of the Earth's moon, and one-third of its volume — and it's so far away that even the Hubble Space Telescope can make out only its largest features. This 1996 image is computer enhanced to emphasize the light and dark regions visible through the Hubble telescope. 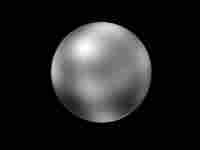 A year ago this month, Pluto lost its status as a planet: The International Astronomical Union modified the definition of a planet, and Pluto didn't fit the new criteria. It was big news in the world of astronomy. It also captured the imagination of some musicians.

One of them, Christine Lavin, was ahead of her time. She wrote the song "Planet X" 10 years ago, addressing the possibility that Pluto might be downgraded. In 1996, she read an article in USA Today with the headline "Demoting Pluto Is Just Asking for Trouble." She knew right away she had to write a song.

"Maybe it's the whole underdog thing," Lavin explains. "You know, kids have always been a big fan of Pluto because it's so little, and children really identify with that. And I think maybe that appealed to me, too."

Lavin's 8-minute song pretty much sums up the history of Pluto's discovery and the debate over its status. In the past year, of course, she has had to update the lyrics. They're set to be included in a new textbook about Pluto, written by the Hayden Planetarium's Rose Space Center and due out next year.

Another band, One Ring Zero, likes to use the theremin, that quintessential sci-fi instrument, so Pluto's story was perfect for a song. "International Astronomical Union," named for the organization that decided on the new definition of "planet," was born after the announcement was made last year, and One Ring Zero members Michael Hearst and Joshua Camp wondered, "Who are we to decide?"

"I mean, the universe is so massive," Hearst says. "And the world goes beyond our nine planets — or eight planets, as the case may be."

One of the more atmospheric and whimsical songs about Pluto's demotion comes from Clare Muldaur of the pop band Clare and the Reasons. Her song is like a heart-to-heart talk with the erstwhile planet: "I have some frightful news," she croons, over the sound of plucked strings. "They've just reported you've been overthrown/from your solar throne for good."

Muldaur uses Pluto's rise and fall, so to speak, as a metaphor for a fall from grace that's all too familiar to artists.

"I think an artist can easily have that happen to them, and — or do it to themselves," Muldaur says. "So I just had a really easy time sitting down with Pluto and telling him it was going to be OK."