Accessibility links
Comfort Books: Three Soothing Summer Reads When Laura Lorson needs a break from the daily grind, she curls up with books that transport her to simpler times. She recommends three titles that take her back to her days of childhood summer reading — absorbing words off sun-dappled pages under the shade of a tree. 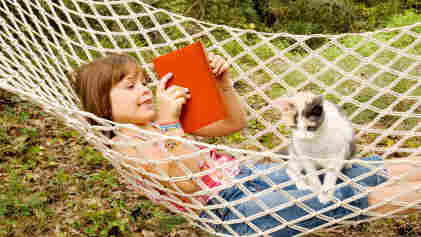 On those all-too-frequent occasions when I've reached my maximum daily requirement of bad news, I find myself reaching for what I think of as "comfort books" -- nothing too challenging, just books I know that I like, and are sweet and funny and just make me feel good about the world. And as it happens, my three favorite comfort books are all titles that I first read before I turned 13. I still think they’re great. 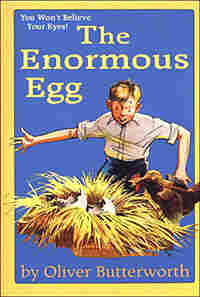 First off, let me heartily endorse The Enormous Egg, by Oliver Butterworth. It's the story of one Nate Twitchell of Freedom, N.H., who has a completely delightful family -- his dad runs the town newspaper in the days before catastrophic media consolidation. At any rate, the family has chickens, and one hen lays an enormous egg, and the egg hatches a wee dinosaur. Hilarity ensues as the dinosaur becomes predictably less wee, and Nate navigates the uproar as bewildered scientists, ad men and promoters descend upon his family. I don't want to give away the ending, because I want to you read (or re-read) it, but I'll just say that in the end, a trip to Washington, D.C., is called for. Nate calls the dinosaur Uncle Beasley, and really, this book is a delight -- a little glimpse into the future, if you will, predicting how the nation would react to such an event, although I suppose nowadays the Twitchells would just get their own reality show and be done with it.

Second, if you have never read anything written by P.G. Wodehouse, I want you to drop whatever it is you're doing and go get hold of the Jeeves and Wooster books and stories. I first read these when I was about 11 years old, and though I might not have really gotten all the humor at the time, I thought they were easily the funniest things I'd ever read. Time has not changed my opinion on that. Like pretty much all of the Jeeves and Wooster stories, the plot is a complicated comedy of errors, misapprehensions and mix-ups, leading to an eminently satisfying resolution, which it's my experience you rarely get in real life. 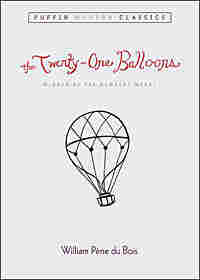 Finally, I want to make the case here for a wonderful story called The Twenty-One Balloons. It's by William Pene duBois, and it won the Newbery Award in 1948. In a nutshell, an ex-professor goes off exploring and returns from his adventure hailed as a great hero. His story involves circumnavigation of the globe, hot-air ballooning, and living through the eruption of Krakatoa. I think I decided to study anthropology because of this book, with its little watercolors of the families Professor Sherman meets on Krakatoa, and their remarkable little self-contained society. Plus, it gets pretty thrilling at the end, what with the volcano erupting and all, so fans of action movies will like it, too.

There's nothing wrong with reaching back to grab hold of that feeling I always associate with summer reading: safe, secure, comforted in the knowledge that things are all where they're supposed to be, and nothing too terrible has happened to me yet. Reading any of these books takes me back to a moment in time where I'm curled up under a tree reading pages dappled with sun and leaf-shade, knowing that a whole other charming and cheerful world is teeming and thriving, just beyond the next brightly colored paperback cover.

Laura Lorson is the producer, editor and local All Things Considered host for Kansas Public Radio.

Three Books... is produced and edited by Ellen Silva. 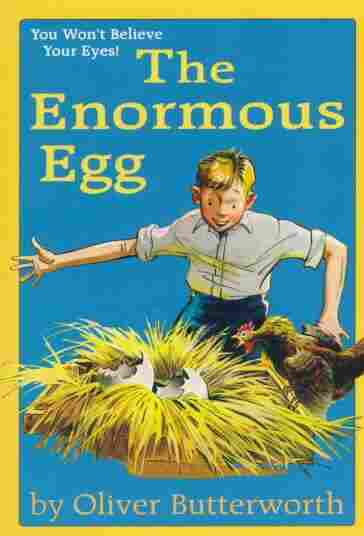 by Oliver Butterworth and Louis Darling 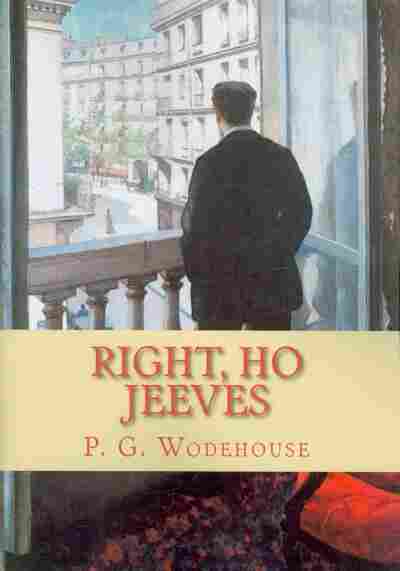 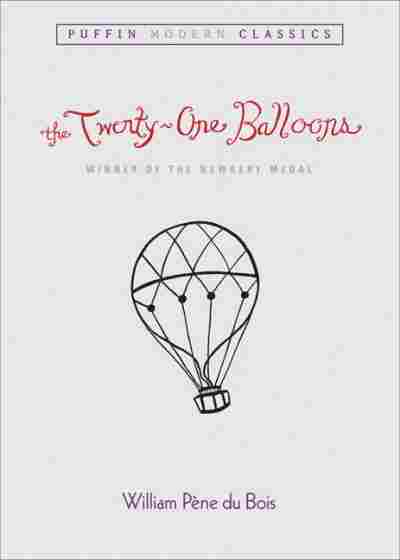