Accessibility links
Schwarzenegger: Open Elections Can Change Politics In an interview with NPR's Steve Inskeep, the California governor said the passage of Proposition 14, which moves the top two vote-getters to the general election regardless of party, will benefit candidates like him. 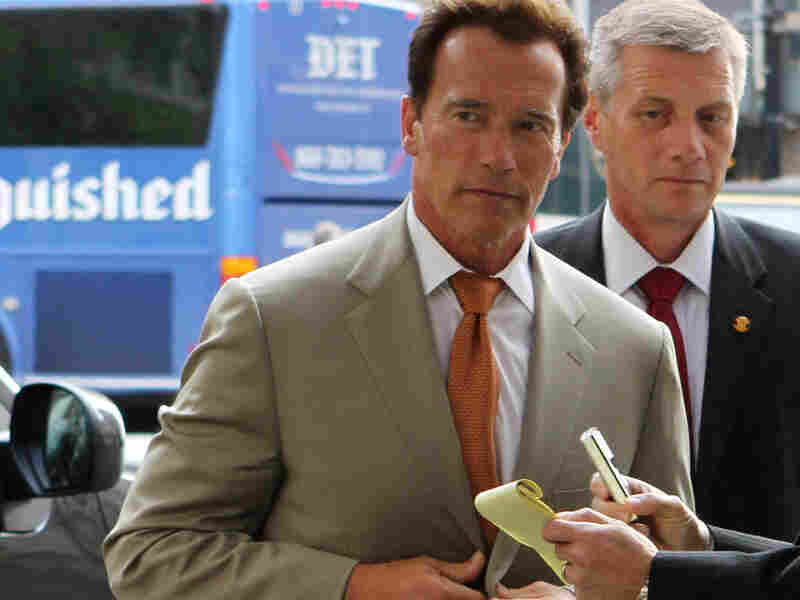 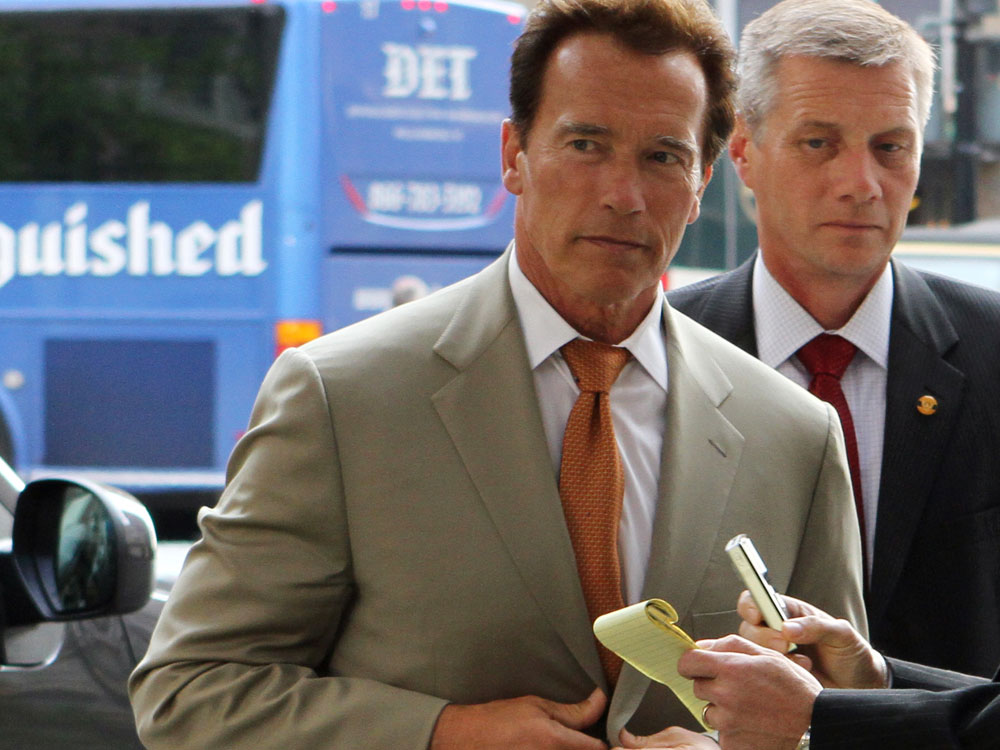 California Gov. Arnold Schwarzenegger arrives at the Landmark E Street Cinemas for a screening of Gerrymandering.

On the heels of a major political primary in California on Tuesday, and as his final term in office comes to a close, Gov. Arnold Schwarzenegger took some time this week to visit a movie theater in Washington, D.C.

He was there for the premiere of the documentary Gerrymandering, of which he's a major backer. After the screening, he ducked into the theater manager's office to speak with Steve Inskeep.

One issue on the minds of California voters is the passage of Proposition 14.

It changes the way the state's primaries are held -- instead of separate primaries for the different parties, there will be one election open to all candidates. The top two finishers, regardless of party, will then advance to a general election runoff.

In the 2003 recall vote that first landed him in office, the candidates all ran in the same election, regardless of their political party.

Ask the governor what he'll be up to after this year, and he'll tell you he has plenty of options.

"I'm in a very unique situation because of my background in athletics that no one else has -- in show business, in business, and in politics, and in nonprofit," he says. "My resume is so interesting, so that's why I will not spend one single second on what should I do after I'm finished."

He's already touring across the country, promoting the documentary Gerrymandering. The film examines the practice of redrawing political district lines in an effort to sway the outcome of elections.

Inskeep asked the governor whether he's planning to follow the Al Gore model: a former politician making films about issues he's passionate about.

Schwarzenegger says he hasn't thought about it yet. "I learned from sports that you keep your eye on the ball. I have a lot of things on the table I need to accomplish before I'm finished with this job."

When Schwarzenegger ran for office, he said he would try to fix the long-standing budget problems in California -- problems he's still dealing with today.

The governor says trying to bridge the partisan divide is an enormous obstacle.

"If you have always partisan bickering, the whole system becomes dysfunctional and you can't really go and fix the problems that arise," he says. "You get punished today for compromise, and that's where the problem lies."

Schwarzenegger says he still has time to work on the issue.