Accessibility links
The New Republic: The Left's Silence On Afghanistan Following the release of a Pentagon report outlining the increasingly grim situation in Afghanistan, Michael A. Cohen reflects on why the left hasn't pushed that war into the forefront. The left's reluctance to add to the discussion, he argues, may cause irrevocable damage.

The New Republic: The Left's Silence On Afghanistan

The New Republic: The Left's Silence On Afghanistan 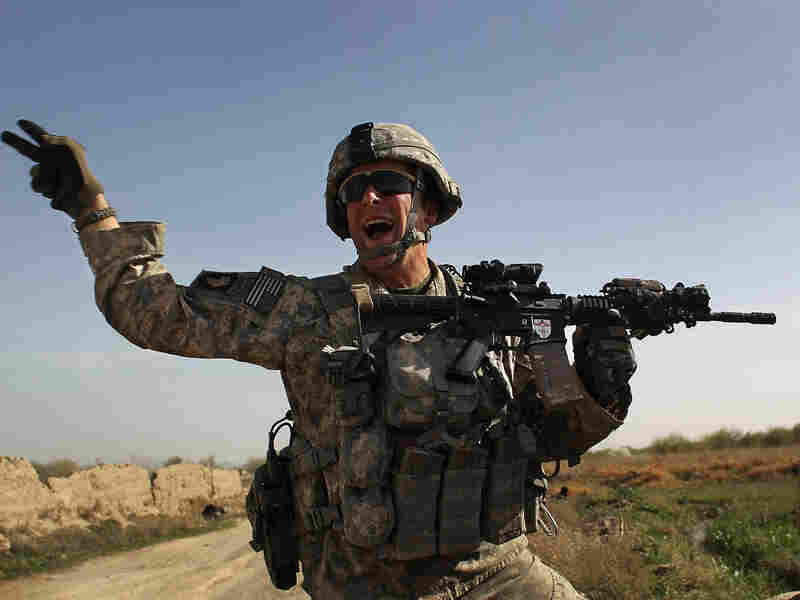 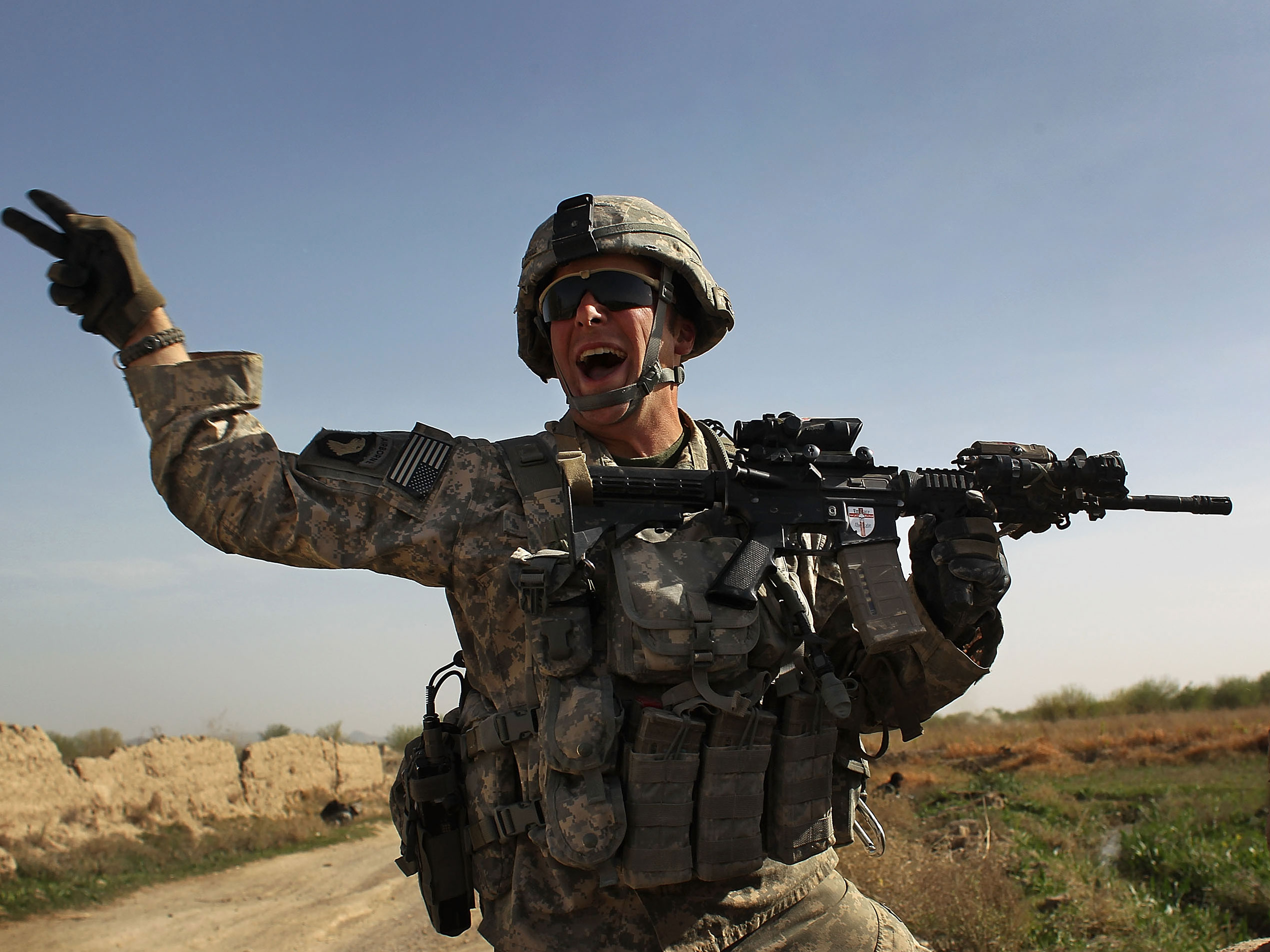 Earlier this month, the Pentagon released a 152-page report outlining the increasingly grim situation in Afghanistan. The paper highlighted the Afghan government (and its security services) lack of capability; the enduring challenge of endemic corruption and poor governance; and the Taliban insurgency's ability to maintain influence -- often via intimidation -- across broad swaths of the country. These challenges have already undermined U.S. military operations in Marjah, and could threaten the upcoming summer offensive planned for Kandahar, the heart of the Taliban insurgency.

The entire U.S. mission in Afghanistan, which is predicated on extending the legitimacy of a flawed Afghan government, bringing good governance to the country's most insecure regions, and degrading the Taliban insurgency militarily to smooth the path for political negotiations is eerily reminiscent of the flawed American strategy in Vietnam four decades ago.

While no one can be sure how escalation in Afghanistan will turn out, the warning signs are blinking red. Yet the reaction from many of the president's liberal and left-of-center supporters has been acquiescence and even silence. The Pentagon report -- like much of the recent bad news out of Afghanistan -- caused barely a ripple on the left. It's a familiar pattern. The American Prospect, along with Salon, has devoted enormous and laudable energy to covering civil liberties issues related to the U.S. war on terror, but has run only one major article on Afghanistan since Obama's December speech at West Point.

The Center for American Progress's Wonk Room blog has not run a headlined story about the war since January. At Talking Points Memo, which is perhaps the most prominent liberal blog, Afghanistan rarely rates a mention. Paul Krugman, a frequent critic of the Iraq War (and President Obama), has not written a column on Afghanistan since the president took office. And The New Republic itself has largely avoided critical consideration of the war. (The Nation and Mother Jones have been exceptions to this relative silence.)

First, is the obvious information gap. There are fewer reporters in Afghanistan than in Iraq -- and little in the way of TV coverage. As a result, it is difficult to get a clear sense of what is happening on the ground and what is working and not working. It is for many liberal publications simply easier to write about the debate over health care reform or other domestic issues. Mark Schmitt, executive editor of The American Prospect told me that it is "tough to produce something well-informed on Afghanistan" because of financial constraints and the challenge in finding knowledgeable writers on the ground to do actual reporting.

Second, in contrast to the war in Iraq, liberals generally support the objectives of the war in Afghanistan -- and for a good part of the past seven years have been calling on the U.S. to devote more attention to the war there, rather than Iraq. They recall Afghanistan's role in the planning of September 11 and are aware of the continued presence of al Qaeda in the region. And many fear that a precipitous withdrawal from Afghanistan would subject Afghans, and in particular Afghan women, to a return of the human rights abuses that defined previous Taliban rule. That makes even those with serious misgivings about the Obama administration's strategy more willing to give it the benefit of a doubt.

Third, is the hangover from Iraq. According to Michael W. Hanna, a fellow at the Century Foundation, progressives "have yet to come to grips with the dominant surge narrative, which suggests that it was largely responsible for turning the tide in Iraq." Hanna noted the factors that brought stability to Iraq were largely indigenous to Iraqi society and were only partially the result of President Bush's decision to increase troop levels. But the misunderstood "success" of the surge has led many progressives to now "feel chastened about speaking out against Obama's escalation in Afghanistan." Many seem to feel that if they were wrong about escalation in Iraq then, perhaps they are wrong about escalation in Afghanistan today.

Behind all these factors, however, are the familiar (and very tricky) questions that have bedeviled progressive foreign policy thinkers for years -- namely, how do you balance humanitarian aspirations with actual U.S. capabilities and interests, and how and when should the United States utilize military force? Liberals are discovering that it was relatively easy to criticize an unpopular, incompetent war in Iraq and a foreign policy agenda that promiscuously squandered U.S. power and goodwill. But finding a solution for Afghanistan or a national security strategy that moves the country away from the post 9/11 "war on terror" narrative is far more difficult.

In fact, the lack of good alternatives for Afghanistan seems to be a major stumbling block for progressives. Many told me that it was difficult to criticize the president's strategy without a clear sense of what should be done differently. But for the left to argue that there are still no good alternatives on Afghanistan is an implicit indictment of their own failure to come up with one.

Members of left-leaning, DC-based think tanks and and advocacy organizations like have either tacitly supported the Afghanistan strategy or offered tactical suggestions to improve a policy that some privately believe is irredeemable. These are the groups that should be providing the policy ammunition for liberals to speak more authoritatively on Afghanistan.

The absence of critical discussion among these policy groups was painfully evident when the president convened his first review of Afghanistan in Spring 2009. His civilian national security advisers went along with the military's single-minded call for a counter-insurgency (COIN) strategy as did almost all of Obama's liberal supporters. But both groups -- not well versed in what a fully resourced counter-insurgency would entail -- clearly underestimated the implications of a significant U.S. commitment to a COIN strategy.

"They were caught flat-footed in the face of the COIN public relations campaign, which came from the military, some civilians, and an echo chamber of think tank analysts and bloggers who played a cheerleading role rather than critically examining U.S. interests and policy options in Afghanistan," said Brian Katulis, Senior Fellow at the Center for American Progress.

According to Lorelei Kelly, who runs the Afghanistan Congressional Communications Hub, many on the left fear that "they don't have the credibility to engage in this conversation." Instead, the progressive national security community has tended to focus on issues like arms control, human rights, economic development, and the environment. Moreover, there is a sense that liberals can't compete on military issues -- either from a reputational standpoint or intellectually. Among those who have not served in the military the reluctance is even more profound.

The liberals' reluctance to address national security issues more authoritatively could prove costly to both the Obama administration and the country. Politicians must rely, in some measure, on the policy ideas that their own backers can muster, as Republicans were able to do when they took back the White House in 1981 and 2001. But when he took office, President Obama wasn't able to look to the liberal media and think tanks either for help in figuring out what to do in Afghanistan or for political support in exploring approaches different from what the military was proposing. If the strategy he adopted for Afghanistan falters, Obama may once again find himself with limited options from his base of supporters on how to salvage the conflict. That's a dangerous prospect and it could affect more than just the war in Afghanistan: it could do real damage to Obama's presidency and the aspirations of his progressive supporters.