Accessibility links
Scientists Pinpoint Monet's London Balcony Claude Monet painted a famous series of images of London around the turn of the last century. Now, scientists have used solar geometry and weather data to figure out exactly where he was standing as he painted Waterloo Bridge and Charing Cross Bridge. 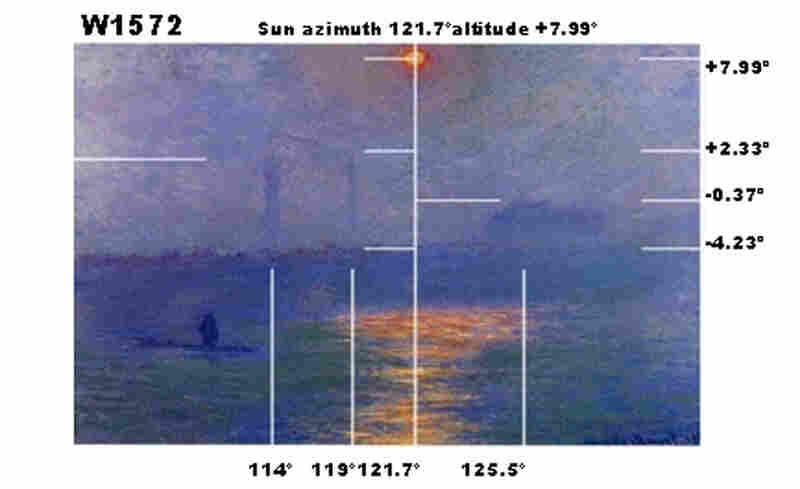 Claude Monet spent the winters of 1899, 1900 and 1901 freezing on a balcony of London’s Savoy Hotel, painting a famous series of images of Waterloo Bridge and Charing Cross Bridge.

Now, scientists at Birmingham University have used solar geometry and historical weather data to figure out exactly which balcony Monet was standing on, and what time of day he was likely working.

“We know that Monet, in the mornings, he used to work on the sun rising over Waterloo Bridge,” John Thornes tells host Guy Raz. Thornes, a professor of applied meteorology at Birmingham University, adds that by midday, the sun would be shining directly along the Thames, and Monet usually moved on to Charing Cross Bridge, before finishing the day watching the sun set over the Houses of Parliament. 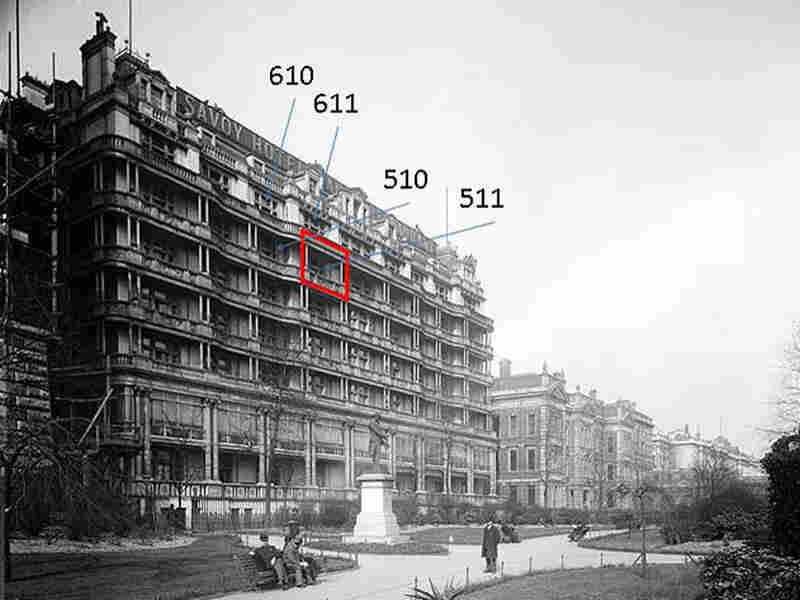 Monet painted several images in his famous London series from these rooms in the Savoy Hotel. Illustration courtesy of Birmingham University hide caption

The sun occupies the same position in the sky today as it did in 1900 and 1901, which helped Thornes figure out the time of day. Monet also included another London landmark, the obelisk known as Cleopatra’s Needle, in some of his paintings of Charing Cross Bridge. Thornes says that examining the position of the needle relative to the bridge helped him determine that Monet stayed in rooms 610 and 611 at the Savoy during the winter of 1899, and one floor down at 510 and 511 a year later.

“The Savoy Hotel actually advertises the Monet Suite, which they sell to the public,” Thornes says. “And they in fact use the suite farther down from where Monet actually was.” But, says Thornes, the hotel is under renovation, and when it reopens, it will have the correct rooms designated as the Monet Suite -- thanks in part to his research.

Monet’s images of London aren’t just great art. Thornes says they also provide an accurate record of the city’s notorious "pea-souper fogs," common in the days before clean-air legislation was passed in the 1950s.

"That’s one of the things we’re very interested in,” he says, “how the air quality has improved since those days. ... We’re hoping to sort of work backward and work out what the actual smoke levels were to give the visibility in Monet’s painting.”