Accessibility links
New Book Explores Economics of Human Behavior For 15 years, Robert Frank has posed a challenge to his economics students: Come up with a real-world question, and then apply the principles of economics to find an answer. His new book, The Economic Naturalist, tackles these questions about human behavior.

More questions for the Economic Naturalist on "Blog of the Nation"

For 15 years, Robert Frank has posed a challenge to his economics students: Come up with a real-world question, and then apply the principles of economics to find an answer. His new book, The Economic Naturalist, tackles these questions — about everything from the birds and the bees, to the price of eggs.

Robert Frank, author, The Economic Naturalist: In Search of Explanations for Everyday Enigmas 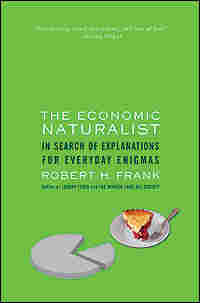 The mother of all economic ideas is the cost-benefit principle. It says that should take an action if, and only if, the extra benefit from taking it is greater than the extra cost. How simple could a principle be? Still, as the following examples illustrate, not everyone finds it easy to apply.

Example 1. You are about to buy a $20 alarm clock at the ampus store next door when a friend tells you that the same clock is available for $10 at the Kmart downtown. Do you go downtown and get the clock for $10? Or do you buy it at the nearby campus store? In either case, if the clock malfunctions while under warranty, you must send it to the manufacturer for repairs.

Of course, there is no universally right or wrong answer. Each person has to weigh the relevant costs and benefits. But when we ask people what they would do in this situation, most say they would buy the clock at Kmart. Now consider this question:

Example 2. You are about to buy a laptop for $2,510 at the campus store next door. You can get the very same laptop downtown at Kmart for $2,500 (and it comes with the same guarantee: no matter where you buy it, you have to send it to the manufacturer for repairs if it breaks). Where would you buy the laptop?

This time, most people say they would buy it at the campus store. By itself, that isn't a wrong answer. But if we ask what a rational person should do in these two cases, the cost-benefit principle makes clear that both answers must be the same. After all, the benefit of going downtown is $10 in each case, the dollar amount you save. The cost is whatever value you assign to the hassle of going downtown. That is also the same in the two cases. And if the cost is the same and the benefit is the same in both cases, then the answer should be the same as well.

Most people seem to think, however, that saving 50 percent by buying the clock downtown is somehow a bigger benefit than saving only $10 on the $2,510 laptop. But that is not the right way to think about it. Thinking in percentage terms works reasonably well in other contexts, but not here.

Immediately after I show students examples that illustrate a general principle, I give them an exercise that requires them to employ the principle on their own. Here's the question I pose to them after they've seen the clock and computer examples:

Example 3. You have two business trips coming up and a discount coupon you can use on only one of them. You can save either $90 on your $200 trip to Chicago or $100 on your $2,000 trip to Tokyo. For which trip should you use your coupon?

Almost everybody answers correctly that you should use it for the Tokyo trip because you will save $100, which is better than saving $90. But the fact that everyone gets it right doesn't mean that the question wasn't worth asking. Again, if your goal is for the core ideas to become part of your working knowledge, the only way that can happen is through engagement and repetition.

I chose the questions in this volume not just because I found them interesting but because they actively engage the most important principles of basic economics. My hope is that you will find this book an effortless, even entertaining, way to learn these principles. And because the questions are interesting and the answers brief, they provide good fodder for conversation.

I tell my students that their answers to the questions should be viewed as intelligent hypotheses suitable for further refinement and testing. They are not meant to be the final word. When Ben Bernanke and I described Bill Tjoa's example about drive-up ATM keypads with Braille dots in our introductory economics textbook, somebody sent me an angry e-mail saying that the real reason for the dots is that the Americans with Disabilities Act requires them. He sent me a link to a web page documenting his claim. Sure enough, there is a requirement that all ATM keypads have Braille dots, even at drive-up locations. Having Braille dots on drive-up machines might even be useful on occasion, as when a blind person visits a drive-up machine in a taxi and does not want to reveal his PIN to the driver.

I wrote back to my correspondent that I tell my students their answers don't have to be correct. But I also urged him to think about the circumstances under which the regulation was adopted. If it had been significantly more costly to require Braille dots on the drive-up machines, would the rule have been enacted? Almost certainly not. The fact is that adding them was costless. And since the dots cause no harm and might occasionally be of use, regulators might well find it advantageous to require them — thereby enabling themselves to say, at year's end, that they had done something useful. In this case, Mr. Tjoa's explanation makes better sense than my angry correspondent's. But in other cases there are bound to be better or more complete answers out there. So read the answers to the questions with a critical eye. You may have personal knowledge that enables you to improve them. I was told by the proprietor of a wedding gown boutique, for example, that another reason brides buy their dresses rather than rent them is that wedding gowns tend to be form fitting in the torso and often require extensive alterations that could not be performed repeatedly on rental garments. It's a fair point. But it doesn't nullify the core economic insight in Jennifer Dulski's explanation.

Excerpted from The Economic Naturalist by Robert Frank, Copyright © 2007. 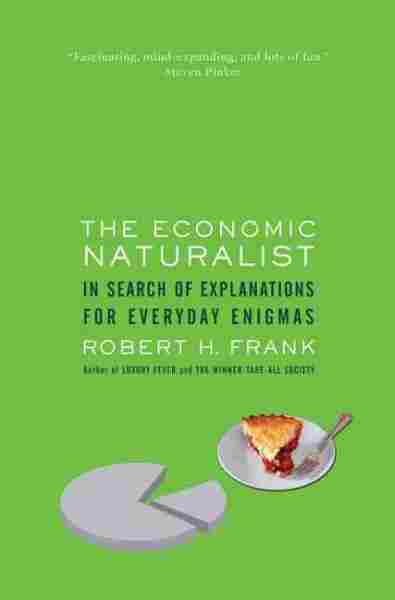 In Search of Explanations for Everyday Enigmas