Accessibility links
The Nation: Why the Far Right Hates Soccer Dave Zirin of The Nation finds it amusing when those on the far right like Glenn Beck say, "We don't like soccer," when it is by far the most popular youth sport in the United States.

The Nation: Why the Far Right Hates Soccer

The Nation: Why the Far Right Hates Soccer 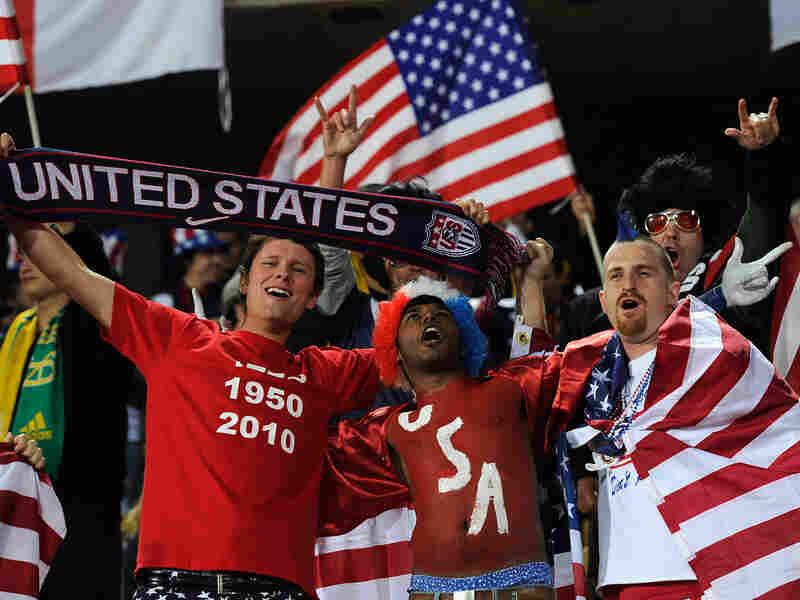 USA fans show their support prior to the match between England and USA at the Royal Bafokeng Stadium on June 12, 2010 in Rustenburg, South Africa. Kevork Djansezian/Getty Images hide caption 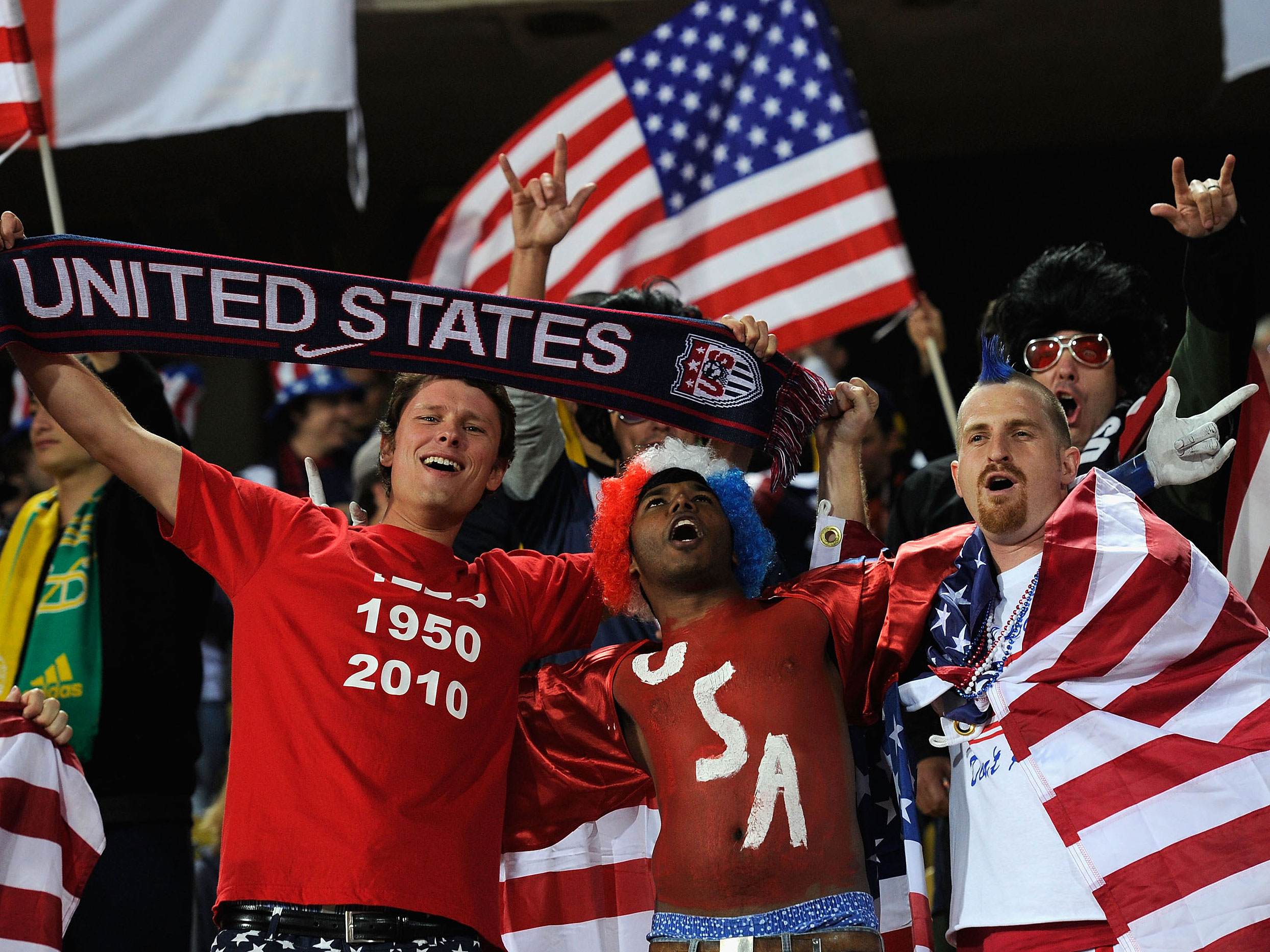 USA fans show their support prior to the match between England and USA at the Royal Bafokeng Stadium on June 12, 2010 in Rustenburg, South Africa.

Every World Cup, it arrives like clockwork. As sure as the ultimate soccer spectacle brings guaranteed adrenaline and agony to fans across the United States, it also drives the right-wing noise machine utterly insane.

'Whatever happened to American exceptionalism? This game … originated with the South American Indians and instead of a ball, they used to use the head, the decapitated head, of an enemy warrior."

Dear Lord, where do we begin? First of all, I always find it amusing when folks like Beck say, "We don't like soccer" when it is by far the most popular youth sport in the United States. It's like saying, "You know what else American kids hate? Ice cream!" Young people love soccer not because of some kind of commie-nazi plot conjured by Saul Alinsky to sap us of our precious juices, but because it's – heaven forefend - fun.

Among adults, the sport is also growing because people from Latin America, Africa, and the West Indies have brought their love of the beautiful game to an increasingly multicultural United States. As sports journalist Simon Kuper wrote very adroitly in his book Soccer Against the Enemy, "When we say Americans don't play soccer we are thinking of the big white people who live in the suburbs. Tens of millions of Hispanic Americans [and other nationalities] do play, and watch and read about soccer." In other words, Beck rejects soccer because his idealized "real America" - in all its monochromatic glory – rejects it as well. To be clear, I know a lot of folks who can't stand soccer. It's simply a matter of taste. But for Beck it's a lot more than, "Gee. It's kind of boring." Instead it's, "Look out whitey! Felipe Melo's gonna get your mama!"

As for Liddy, let's be clear. There is not in fact hard anthropological evidence that early soccer games were played with a human head. Interestingly, though, there is an oft-told legend that the sport took root in England in the 8th century because the King's army playfully kicked around the detached cranium of the conquered Prince of Denmark. Notice that this tall-tale is about Europe not "South American Indians". I think we're seeing a theme here.

But maybe this isn't just sports as avatar for their racism and imperial arrogance. Maybe their hysteria lies in something far more shallow. Maybe the real reason they lose their collective minds is simply because the USA tends to get their asses handed to them each and every World Cup. After all, as G. Gordon asked, "Whatever happened to American exceptionalism?" When it comes to the World Cup, the exceptional is found elsewhere. Could Beck, Liddy, and company just have soccer-envy? Is it possible that if the USA was favored to win the World Cup, Beck himself would be in the streets with his own solid gold vuvuzela? I feel that to ask the question is to answer it. In fact, this is as good a reason as any to hope for a mighty run by the US team. It would be high comedy to see Beck and Friends caught in a vice between their patriotic fervor and their nativist fear.