Accessibility links
Students With Autism Learn How To Succeed At Work When Kevin Sargeant was diagnosed with autism in elementary school, even his mother didn't think he'd ever hold a job. But that's all changed, thanks to a high school program designed to prepare autistic students for the workplace. 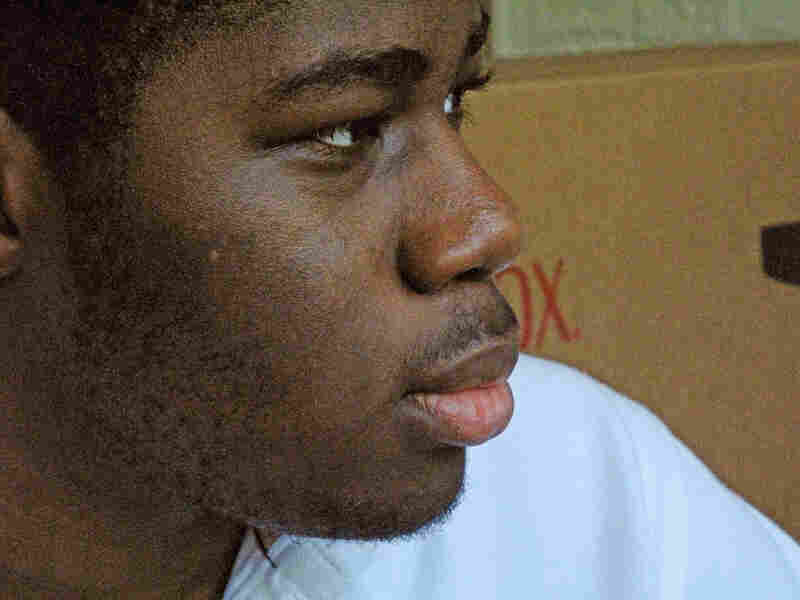 Six years ago, Kevin Sargeant's mother would have described him as "a broken child." Now, Kevin is doing an IT internship, and he plans to attend college this fall. Jon Hamilton/NPR hide caption

People with autism often have a hard time finding and keeping jobs, so more schools are creating programs to help students with autism get prepared for the workplace. One of those programs helped change the life of Kevin Sargeant.

Just a few years ago, when Kevin was still in elementary school, things weren't looking good for him. He was antisocial, desperately unhappy and doing poorly in school.

"He was pretty much a broken child, the way I would describe it," says his mother, Jennifer Sargeant. "We really didn't see that he would be able to go to college, even have a job. That just wasn't in our future for him."

Kevin, now 18, says his autism left him unable to handle the social interactions at school.

The school had classified Kevin as ADHD. But his mother took him for more extensive testing and found out he had autism. That meant Kevin was eligible for special services. His mother fought hard to get him into a school program at the Kennedy Krieger Institute in Baltimore, which specializes in kids with autism and other disorders or disabilities.

Kennedy Krieger High School is also one of a growing number of schools that have created special programs to prepare kids with autism and other disabilities for the workplace.

Six years later, Kevin is a lot more social. He's a good student. And he's working -- as an intern in the IT department at the Parks & People Foundation. Kevin says computers are a good fit for him.

"When you click something, something happens, and it happens for an exact reason," he says. "And, you know, there's no guesswork. With people, sometimes I'm not able to read facial expressions or take nonverbal cues."

But Kevin needed a lot of help turning his love for computers into a marketable skill.

The process began several years ago, when Kevin was required to choose one of five industries to focus on as part of his education, says Derek Glaaser, the principal of Kennedy Krieger High School.

Autism In Children Doesn't Drive Parents To Divorce May 19, 2010
Despite Evidence, 1 in 4 Parents Skittish About Vaccines And Autism March 2, 2010
Federal Court: Vaccines Don't Cause Autism March 12, 2010

Kevin chose information technology, which meant that preparing for a job in that industry became a part of his daily schedule.

Learning about computers and software was the easy part for Kevin. He also had to learn skills that can be especially hard for people with autism, like accepting directions from supervisors, working with other people, showing up on time and dressing appropriately.

'The Sky's The Limit'

The internship at Parks & People has been a sort of final exam for Kevin. And he's aced it, says Jean DuBose, director of development and promotions.

"It's been a pleasure having him," DuBose says. "He's been great. He's quiet but he works very hard. And we've enjoyed having him here."

Kevin says it's helped him to realize he really does have job skills that people need.

"I still have problems in some areas like with anxiety and sometimes depression, but I've definitely come a long way and I'm a lot happier," he says.

As for Kevin's mother, nowadays she tends to say things about her son's future that make him squirm.