Accessibility links
Wal-Mart Helps Small Farms Supply 'Local' Foods For Wal-Mart, the local food movement is a profitable investment for both its balance sheet and its image. Hoping to demonstrate environmental awareness as well as save on freight costs, the company is reaching out to small farms to supply its stores with locally grown produce. 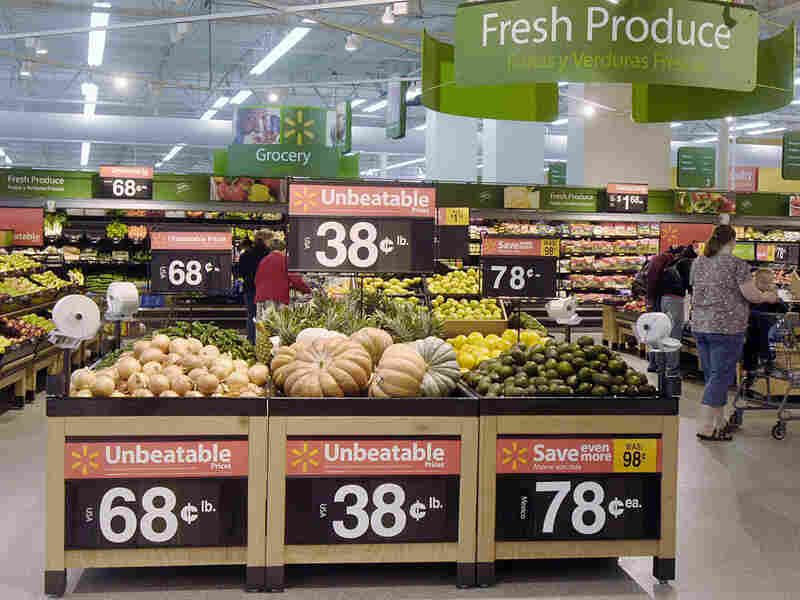 Wal-Mart says its Heritage Agriculture program reaps both financial and environmental benefits. The company is supporting smaller, local farms in an effort to cut back on carbon emissions and freight costs. Beth Hall/AP hide caption 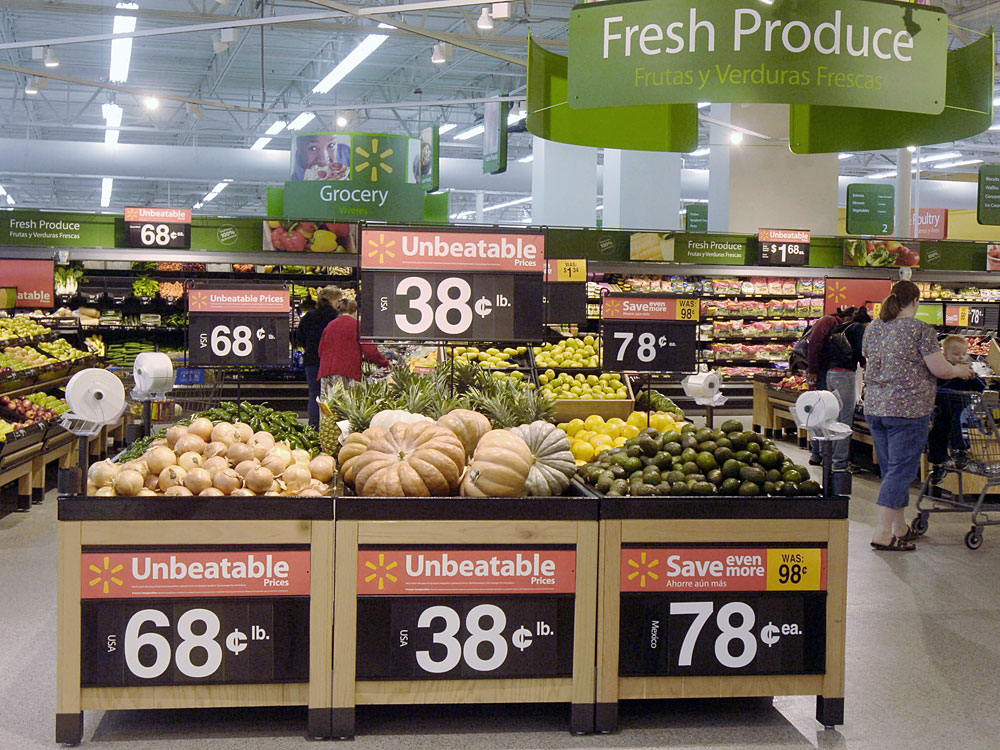 Wal-Mart says its Heritage Agriculture program reaps both financial and environmental benefits. The company is supporting smaller, local farms in an effort to cut back on carbon emissions and freight costs.

In recent years, Wal-Mart has tried to soften its image as a corporate steamroller with a number of local and environmental projects.

The company wants to revitalize small and midsize farms in the U.S. and has begun a program to increase the amount of local produce sold in Walmart stores. The program also benefits consumers, who have access to fresher food, as well as Wal-Mart itself. But some critics are skeptical of the program's logistics.

At a Walmart in Maumelle, Ark., a stock boy pushes fruit cups and salad toppings onto produce racks. On this day, most fruits and vegetables are labeled with faraway locations: Washington state, Florida, Honduras.

It's cheaper to grow food in those places, but getting it to central Arkansas burns a lot of fuel. And while environmentalists worry about carbon emissions, Wal-Mart sees dollar signs.

"A surprising percentage, on many crops, of the cost of the goods is the freight," says Ron McCormick, the head of Wal-Mart's Heritage Agriculture program.

The company is building up smaller farms to get more local produce into stores for both economic and environmental reasons. McCormick says most local farmers just aren't prepared to supply the retail giant with the huge quantity and consistent quality of produce it requires.

As the world's largest retailer, Wal-Mart greatly influences the products people buy at its own stores as well as other retailers. And a move toward locally grown produce by the retail powerhouse could impact the produce offerings at smaller grocers and supermarkets across the country.

According to Nielsen research, more than 200 million people shop at Walmart stores every year in the U.S.

"[It] seemed to be a win all across the board if we could use our buying power to reinvigorate some of those old agricultural areas that had been abandoned over time," McCormick says.

Wal-Mart is eyeing areas like southern Arkansas, where farmer Randy Clanton drives the back roads of the town of Hermitage. He's checking on field workers preparing tomato seedlings. A shotgun rides in the truck beside him.

Clanton says his family started growing tomatoes in this area 50 years ago. "That was back when most of your produce business was done in small, mom and pop operations," Clanton says. "They'd bring these tomatoes in on trailer trucks, even on half-bushel baskets back then."

"It gives us a sense of security whenever we go out here and start kicking the dirt out here and cranking up ole John Deeres up to get ready," he says. "If you know you've got a market out there -- that gives you a reason to get up out of bed every morning."

Clanton is one of about 350 farmers Wal-Mart is working with as part of its Heritage Agriculture program.

The Realities Of Local Produce

But when Wal-Mart sells Clanton's Arkansas produce in Illinois, is that still "local food" -- or is it business as usual? 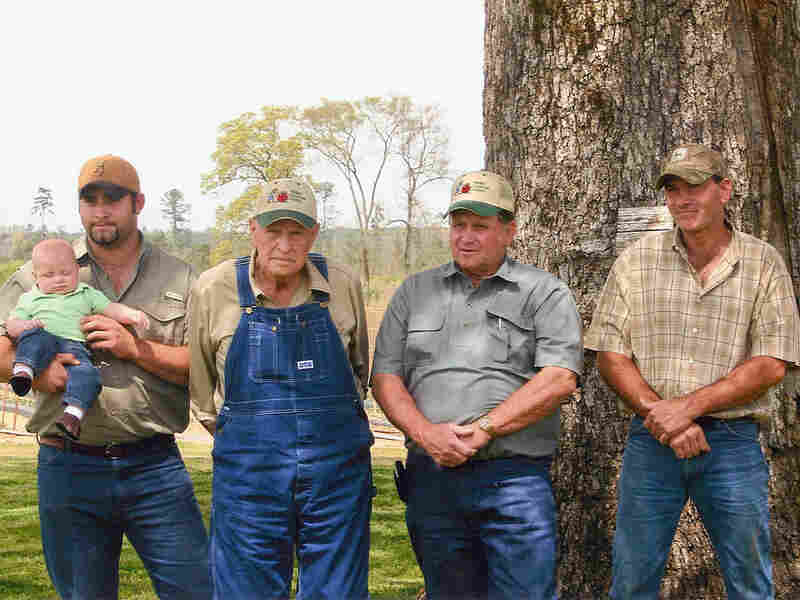 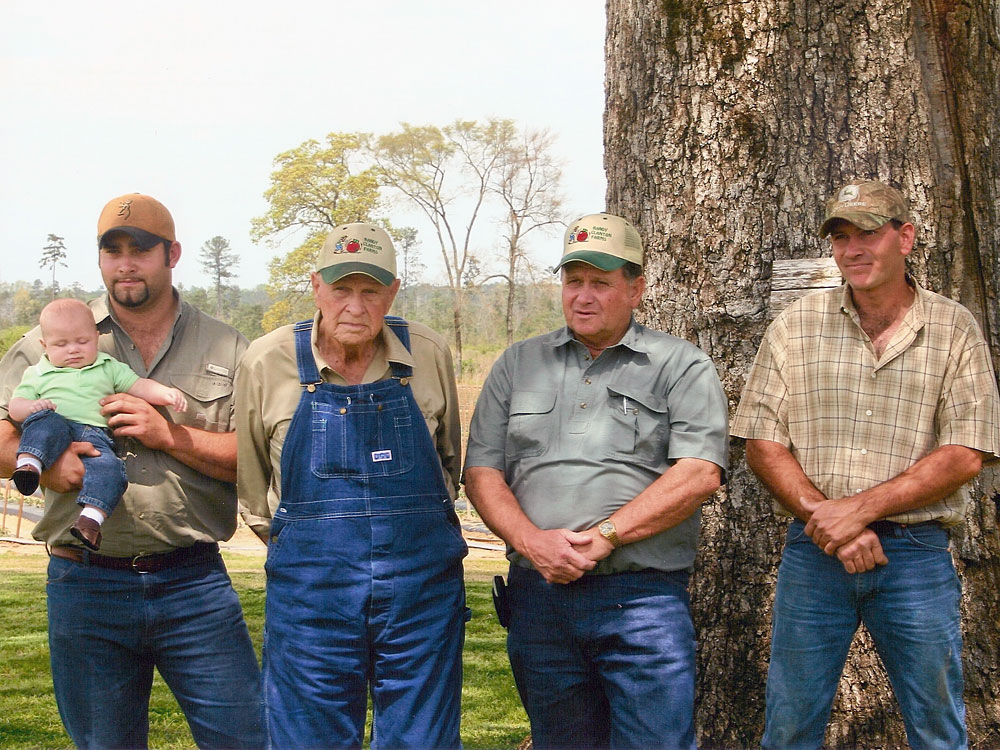 "You can do a Heritage Agriculture program and buy certain products grown in Connecticut for your Connecticut stores," says Jim Prevor, who used to work in produce distribution but now writes the blog Perishable Pundit. "But in the end it's not going to be a significant part of that Connecticut store's produce sales because most of the months of the year you can't grow anything in Connecticut."

"When you've got a private organization the size of Wal-Mart, anything they do in a positive direction for the environment, if they can find a better business model, then the ripple effects are huge," says Michelle Harvey of the Environmental Defense Fund.

Harvey notes, for example, that Wal-Mart now grows cilantro for Eastern stores in Florida rather than California. Costs are lower, and the herbs are fresher for customers.

Wal-Mart won't say what its long-term goal is for the Heritage Agriculture program, but it says as of today, 6 percent of its produce is grown in the same state it's sold.