Accessibility links
Awareness Of Outside World Growing In North Korea Traditionally, North Korea is perceived as being in complete isolation from the rest of the world. But increasingly another picture is emerging. Chinese traders and South Korean aid workers are providing North Koreans with links to -- and information about -- the world beyond their borders. 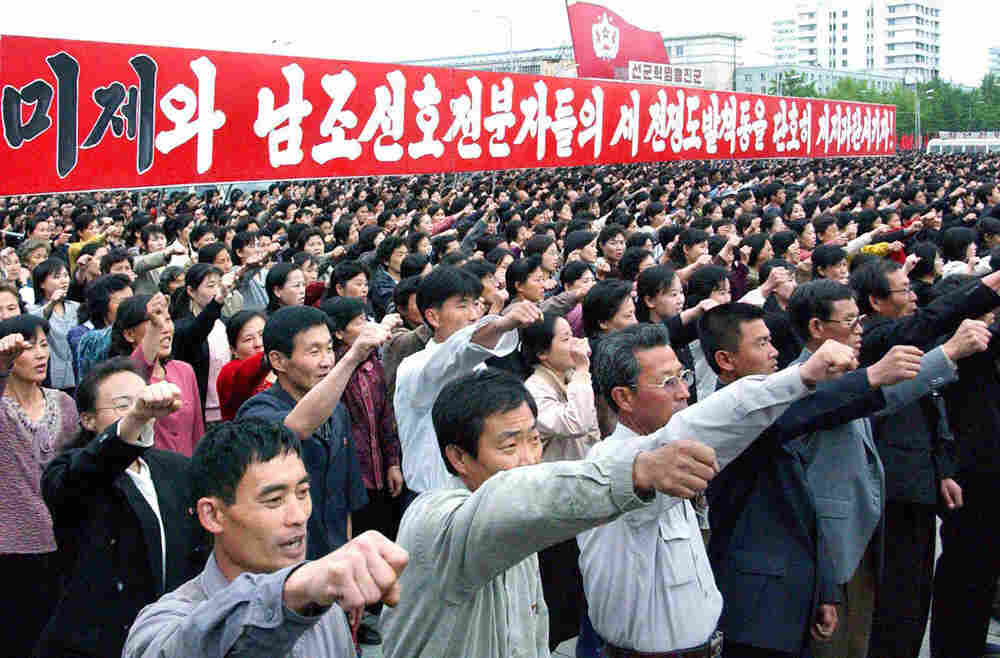 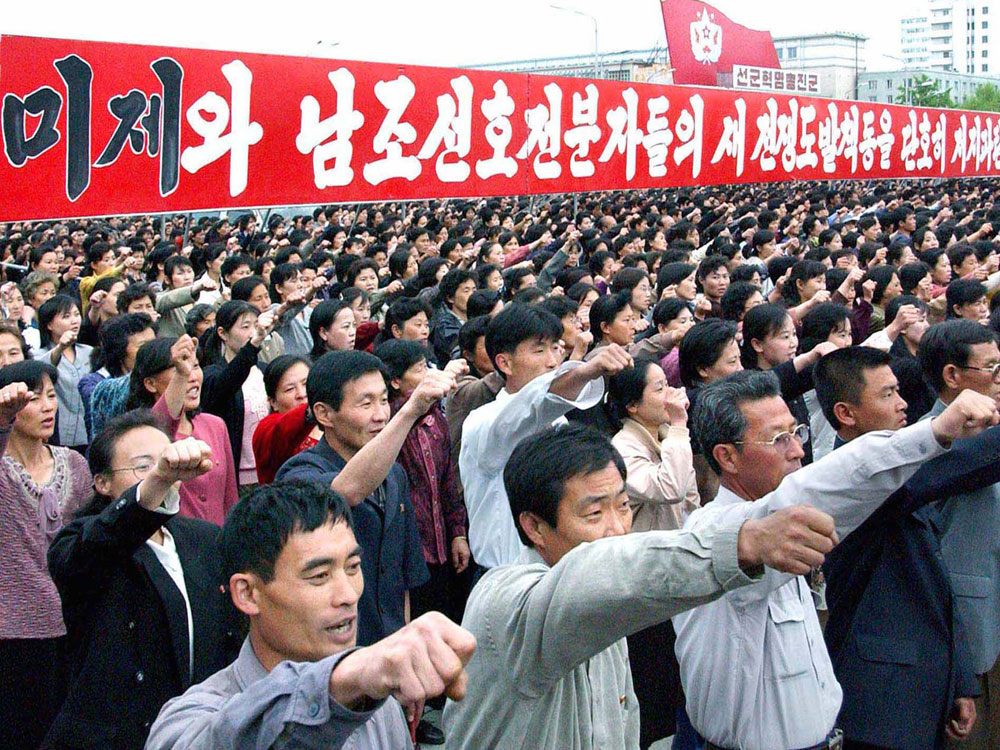 North Koreans participate in a rally at central Pyongyang's Kim Il Sung Square in this photo released by North Korea's official Korean Central News Agency on May 31. Evidence suggests North Koreans are far more aware of the outside world than traditionally believed.

Conventional wisdom holds that the people of North Korea are trapped in a world of rigid conformity, totalitarian discipline and complete isolation from the rest of the world.

But increasingly another picture is emerging: North Koreans are far more aware of the outside world, according to evidence provided by North Korean refugees, South Korean humanitarian aid workers, Chinese traders and others.

"In general I think North Koreans are clearly growing in their awareness of the rest of the world. I think there's no question about that," Linton says.

Linton has been going to North Korea for many years. He is engaged in a campaign to combat tuberculosis there, and he says North Koreans are soaking up information about the rest of the world.

One of the most underrated realities about North Korea is its very dynamic relationship with China, and the amount of information that flows across that border. Students, business people, it's a continuous stream of traffic.

"One of the most underrated realities about North Korea is its very dynamic relationship with China, and the amount of information that flows across that border. Students; business people; it's a continuous stream of traffic," he says.

With that traffic come thousands of DVDs, CDs, cellular telephones, used computers and videotapes -- many of them from China and South Korea.

Kim Heung Kwang came to South Korea from the North six years ago and created a group called North Korea Intellectuals Solidarity. He has his own network of people in both Koreas. Kim says market-oriented traders and smugglers in the provinces of China bordering on North Korea are filling the information gap.

He says that many Koreans in China make a living by setting up satellite TVs at their homes to receive South Korean media. Then, they burn CDs and DVDs of the programs and sell them to North Koreans -- for a profit, not propaganda.

These media are so prevalent inside North Korea now that knowledge about South Korea has become commonplace, says Yoo Ho-yeol, a professor at Korea University in Seoul. Yoo regularly talks to students and refugees from North Korea.

"They are telling us that those people living along the border area, all of them know well about South Korean society or daily life," he says.

Groups such as North Korea Intellectuals Solidarity also have managed to send cell phones across the Chinese border, and now thousands of people can call to South Korea, via cell phone systems in China, to provide news of developments inside North Korea. And they can receive text messages, photos and music via cell phones.

It was through channels such as these that news leaked out of North Korea late last year of the disastrous currency reform the government had imposed and widespread resistance to it.

Impossible To Stop Flow Of News

It is still not risk-free to possess these materials. But, says Kim of North Korea Intellectuals Solidarity, while possessing a videotape from South Korea in years past might bring a three-year prison or labor camp sentence, now the materials are so common that local authorities appear to understand they've already lost this battle.

"The efforts are ongoing to inspect and collect everything that they can find. But because the demand is so big and the activities are [going on in the] black market, the government is feeling that it is fundamentally impossible to eliminate all sources. So I feel that they are just going through the motion now," he says.

And there is word of mouth. Humanitarian workers from South Korea who have brought medicine or food to North Korea say simple conversation can be transformative.

Hwang Jae-sung has done agricultural work in North Korea for an aid group from the South called Korean Sharing Movement.

"They saw what we were, and what we do and what we brought. And they go back to [their houses] and they just tell their wives and children and so on. The word spreads, a thousand miles," Hwang says.

Ironically, the policies of the United States can get in the way of the freer flow of information. Some economic sanctions imposed by the U.S. have created problems for the North Korea Intellectuals Solidarity group. It has been sending USB drives that carry books, news articles, music, teaching materials and computer games to North Korea.

But North Koreans need more computers to use them, says Kim, the group's director.

"The prerequisite for this program is enough computers in North Korea. But there are several regulations in place blocking our efforts. So I think that the United States needs to change its regulations on these matters," he says.

The number of used computers from South Korea and Japan is enormous. But sanctions make it more difficult to get even these computers and more information into North Korea.

Kyuhee Shim contributed to this report.