Excerpt: 'The Three Weissmanns Of Westport'

Excerpt: 'The Three Weissmanns Of Westport' 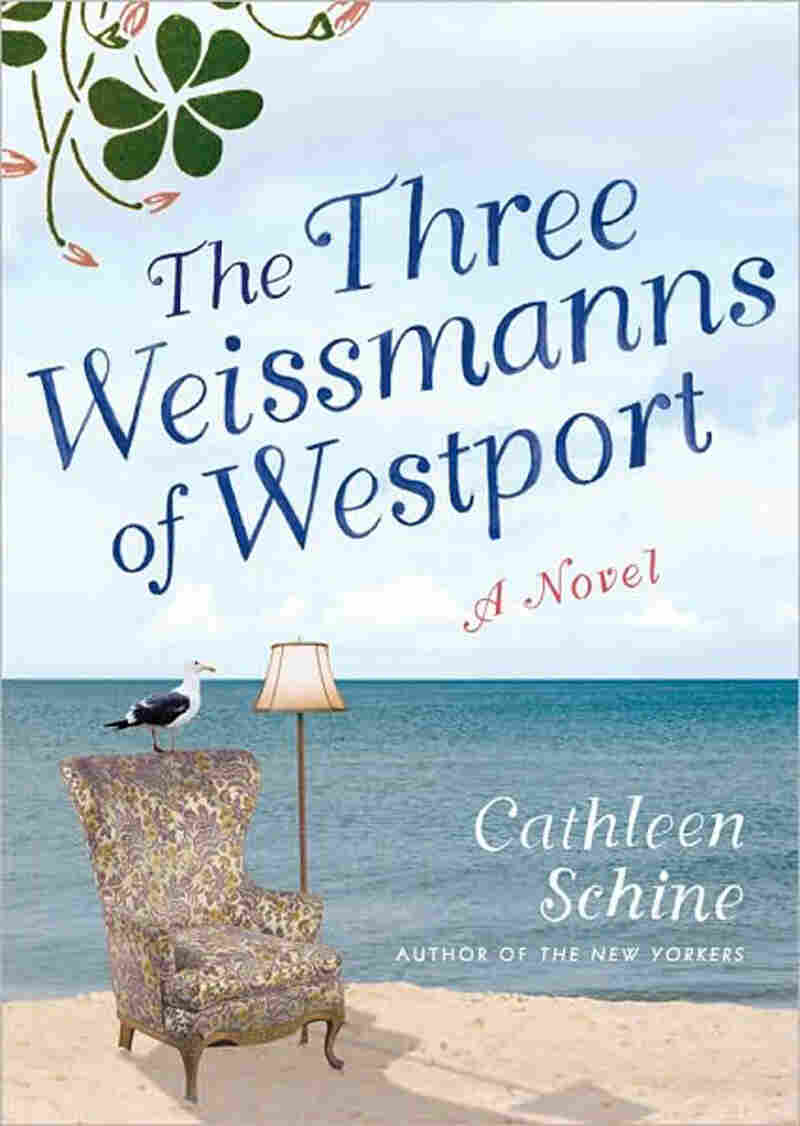 When Joseph Weissmann divorced his wife, he was seventy-eight years old and she was seventy-five. He announced his decision in the kitchen of their apartment on the tenth floor of a large, graceful Central Park West building built at the turn of the last century, the original white tiles of the kitchen still gleaming on the walls around them. Joseph, known as Joe to his colleagues at work but always called Joseph by his wife, said the words "irreconcilable differences," and saw real confusion in his wife's eyes. Irreconcilable differences? she said. Of course there are irreconcilable differences. What on earth does that have to do with divorce?

In Joe's case it had very little to do with divorce. In Joe's case, as is so often the case, the reason for the divorce was a woman. But a woman was not, unsurprisingly, the reason he gave his wife.

Betty was surprised. They had been married for forty-eight years.

But he would not be dissuaded. Their history was history to him.

Joseph had once been a handsome man. Even now, he was straight, unstooped; his bald head was somehow distinguished rather than lacking, as if men, important men, aspired to a smooth shining pate. His nose was narrow and protruded importantly. His eyes were also narrow and, as he aged, increasingly protected by folds of skin, as if they were secrets. Women liked him. Betty had certainly liked him, once. He was quiet and unobtrusive, requiring only a large breakfast before he went to work, a large glass of Scotch when he arrived home, and a small, light dinner at 7:30 sharp.

Over the years, Betty began to forget that she liked Joseph. The large breakfast seemed grotesque, the drink obsessive, the light supper an affectation. This happened in their third decade together and lasted until their fourth. Then, Betty noticed, Joseph's routines somehow began to take on a comforting rhythm, like the heartbeat of a mother to a newborn baby. Betty was once again content, in love, even. They traveled to Tuscany and stood in the Chianti hills watching the swallows and the swift clouds of slate-gray rain approaching.

"Oh, Joseph. What does that have to do with divorce?"

"I want to be generous," Joe said.

Generous? she thought. It was as if she were the maid and she was being fired. Would he offer her two months' salary?

"You cannot be generous with what is mine," she said.

And the divorce, like horses in a muddy race, their sides frothing, was off and running.

The name of Joe's irreconcilable difference was Felicity, although Betty referred to her, pretending she could not remember the correct name, sometimes as Pleurisy, more often as Duplicity. But that was later, when Betty had surrendered the apartment on Central Park West. During the negotiations leading up to that move, Betty and her daughters were left to speculate, to surmise, and to suspect the existence of a Felicity to whom they had never been formally introduced.

"I will be generous to my wife," Joe told Felicity. "After all, I did spend almost fifty years of my life with the woman." When he said the words "my wife," it made Felicity glare at him. But he didn't notice, for when he said the word "fifty" it made him sad and confused.

That was more than half his life. What was he doing? He was too old to be starting out fresh. But when the word "old" passed through his thoughts, that heavy, gloomy syllable, followed so closely by the word "fresh," his doubt passed and he uttered the word "woman" as if Betty were a rude ticket taker at a tollbooth, a stranger with her unmanicured hand out, and Felicity's glare softened.

"Of course you'll be generous," Felicity said. "You are a generous man. Anything you do will be generous, Joe." She took his hand and kissed it. "And I will help you, Joe," she said. "I'll help you be generous."

"Naturally I'll give her the apartment," Joe said. "It seems only right. We've lived in it all our lives. She's put so much work into it. It's her baby."

Felicity had seen the apartment. In a magazine. It sparkled and gleamed with a comforting Old World charm. Or so the magazine said. To Felicity, it just looked big and luscious, though the various shades of cream could do with a little splash of color, and some of the furniture seemed a bit rickety, antique or no antique. She would like to live in such an apartment. But she said, "Naturally." Then she looked thoughtfully at Joe, who sat on her own sofa in her own living room, a perfectly respectable place in Lincoln Towers that had once had a view of the Hudson River. She stood up and peered out the window at the Trump Towers that now blocked that view.

"You bought that place for a song, didn't you?" she asked.

Joe smiled. "We did. We never missed a mortgage payment, either."

"You never missed a mortgage payment," Felicity corrected him.

"Paid it from your salary?"

"Well, who else's salary would there be?" he asked. "Betty never worked a day in her life. Never had to. You know that."

Felicity did know that. She, on the other hand, had worked many days in her life.

"But it was her money that made the down payment," Joe added. He thought of himself as a fair man.

"A mere song," Felicity said. "You said so yourself."

Joe considered this. "Yes. Five thousand dollars down. Can you imagine?"

"And now the apartment is worth -- what? Three million?"

Felicity was silent, letting the implication sink in.

"That's quite a return on a five-thousand-dollar investment, isn't it?" he said.

"I suppose the upkeep is very high these days."

"It's really a burden, that big old place," Felicity said. "Poor Betty. I don't envy her. At her age."

"She ought to downsize," Joe said. "We should sell the place, and she can take her share and buy something a little more realistic."

"Joe, you really are a generous man," Felicity said. "And selfsacrificing, too."

He looked at her blankly. He knew he was generous and selfsacrificing, but just for a moment he could not quite make out how this act of taking half the proceeds, rather than none, fit that description. Then Felicity said, with some alarm, "But what about the taxes? There will be hardly anything left from the sale after taxes. Poor Betty." She saw it was six o'clock and made him his drink. "It really will be a burden on her, much more than on you.

You have so many deductions. She doesn't. Not having a business."

Joe was not a stupid man, and he liked to think of himself as a generous man; but he loved the big, airy apartment Betty had made so comfortable for him, and he loved Felicity. Obviously the apartment would be too much for Betty to handle, he told himself.

How could he have been so thoughtless, so insensitive?

"At her age," Felicity murmured again, as if reading his thoughts.

The apartment was far more suitable for him and Felicity. She was young and energetic. He was neither, but he was so used to the place. Was it fair that he should be thrown out of his own home just to pay good money to the government? It would be very bad judgment. It would bankrupt her with taxes. It would be cruel.

And so it was decided. Joe would be generous and keep the apartment.