Accessibility links
'Too Big To Succeed' May Be Our Biggest Problem As we watch in horror as oil spreads across the Gulf of Mexico, we may also be witnessing a contemporary conundrum: a problem we cannot solve.

'Too Big To Succeed' May Be Our Biggest Problem

'Too Big To Succeed' May Be Our Biggest Problem

Speaking from the Oval Office on Tuesday night, President Obama will tell us how Big Government is going to tackle another Big Problem in a Big Way.

The Gulf Coast oil gusher is like a big boxcar in a big runaway freight train of big, big problems: the financial industry, the health care industry, immigration policies -- a linked chain of vast worriments hurtling through the contemporary landscape, seemingly out of control.

Consider these Big Numbers from the Deepwater Horizon Incident Joint Information Center, courtesy of the White House: As of the night of June 14, more than 67 miles of Gulf Coast shoreline -- in four states -- were feeling the impact of the BP oil cataclysm, and about 78,000 square miles -- roughly the size of Nebraska -- of federal waters are closed to fishing. 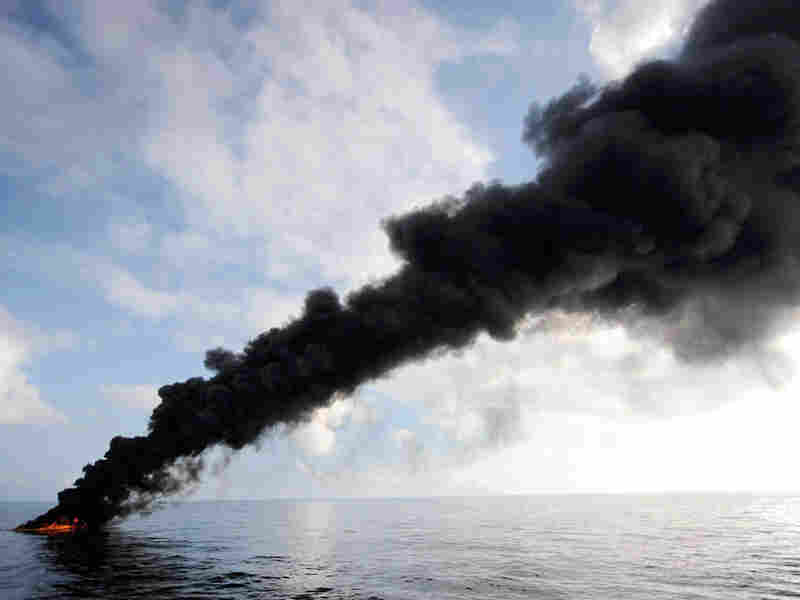 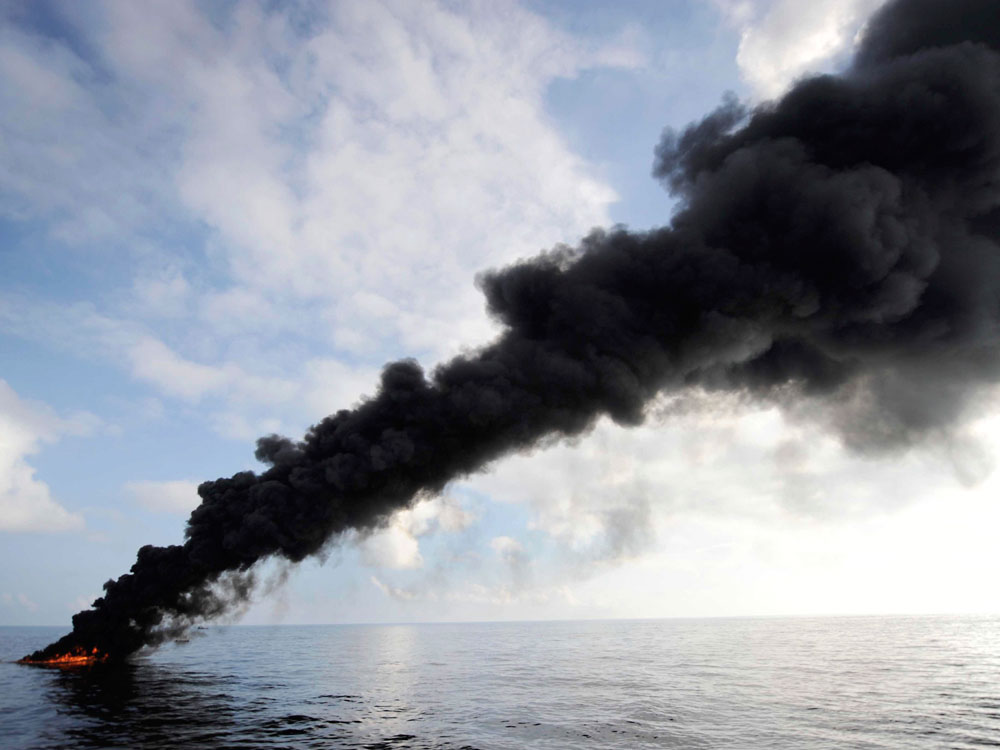 To try to manage this Big Mess, the federal government has: called into service more than 17,000 National Guard troops, plus more than 25,000 other personnel, to battle the nonstop oil flow; deployed more than 5,400 vessels and vehicles, including tugboats and barges and aircraft and robotic devices, to try to contain and sop up the oil; laid out more than 5.5 million feet of boom to try to control the spreading slicks; dispensed some 1.26 million gallons of oil dispersant; set nearly 200 "controlled burn" fires.

Why and how has everything gotten so big? Is it the hubris of humanity that urges us to concoct dilemmas we cannot decipher? Predicaments from which we cannot extricate ourselves? Are we driven to build cars too big for parking spaces? Airplanes too big for their hangars? Metropolises too big for metro systems?

Do we develop corporations, institutions, governments, ecosystems that become not too big to fail, but too big to succeed? 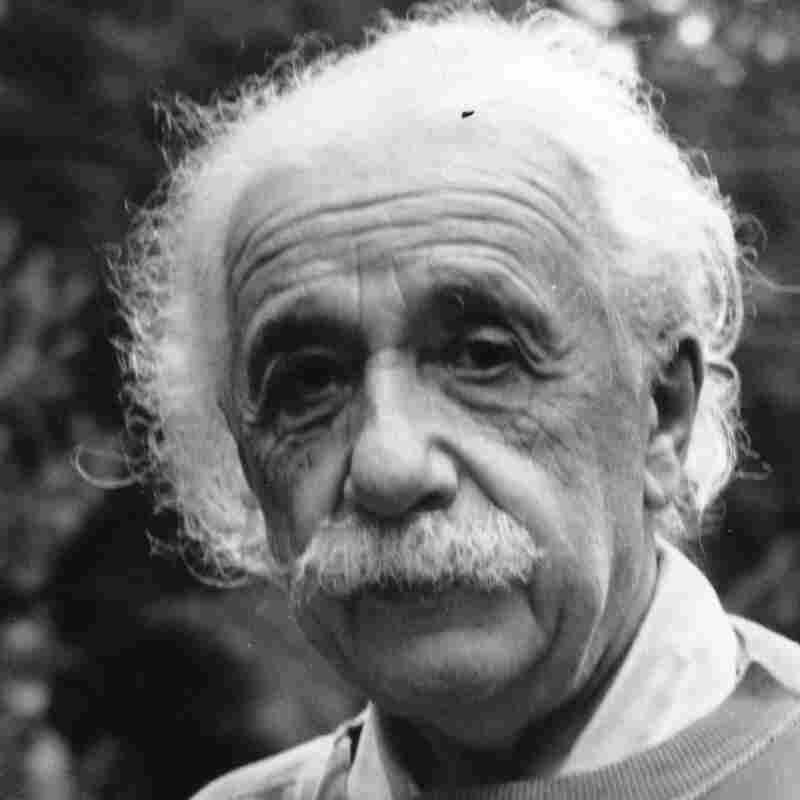 Einstein warned that we need solutions that are more creative than the ideas that cause our problems. Doreen Spooner/Getty Images hide caption 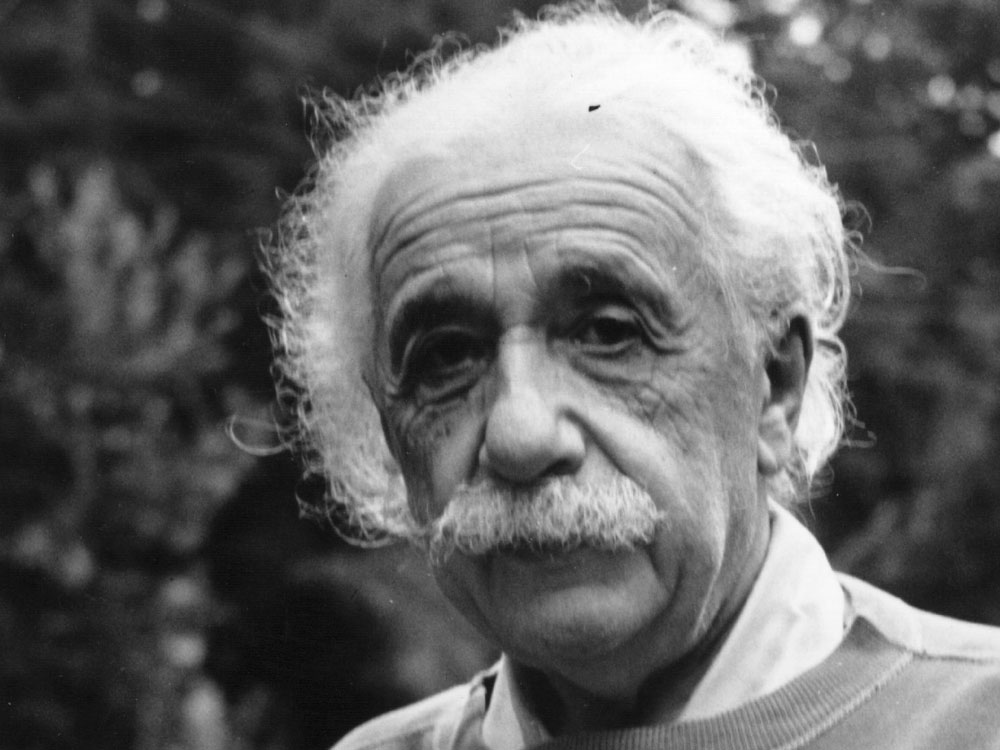 Einstein warned that we need solutions that are more creative than the ideas that cause our problems.

Do we say we want simpler solutions when what we really want is more complex problems? And do we measure success by creating systems and organizations that are so successful they fail?

Albert Einstein said, "The significant problems we have cannot be solved at the same level of thinking with which we created them." So do human failures -- or human successes -- propel us to greater achievements? Or to greater failures?

In 2008, Dayna Hubenthal and Scott Burr -- professional problem solvers who run an innovation consulting firm in Portland, Ore. -- wrote, "Sometimes our own desire to reuse helpful patterns over and over again blinds us to other possibilities, and over time, our own successes create problems we cannot solve."

Is this the case, with all of our megatroubles, the most recent being the BP oil horror show?

At the Altshuller Institute for TRIZ Studies in Worcester, Mass., professional problem solvers are watching the Deepwater Horizon disaster with great interest. TRIZ (pronounced "trees") is a Russian acronym for Theory of Inventive Problem Solving. Followers of the TRIZ methods believe that problems are solved not intuitively or inspirationally but in a systematic way, using certain tried-and-true principles. People from large American firms such as Boeing, Dow Chemical and United Technologies have tried to introduce TRIZ-type thinking into their corporate cultures.

"High-risk companies lose their responsiveness to unanticipated problems as they increase in size," says Cathie M. Currie, an education adviser at the Altshuller Institute. "Problem-solving teams need to be lean and keen."

As an organization gets bigger, its complexity and communication get worse, Currie says. Merely determining who was in charge of various aspects of the BP oil crisis "was a massive time-wasting effort." The Los Angeles Times wrote Tuesday that the rig that exploded in the gulf "was built in South Korea ... operated by a Swiss company under contract to a British oil firm ... [and] primary responsibility for safety and other inspections rested not with the U.S. government but with the Republic of the Marshall Islands."

According to Currie, the oil in the gulf is like an elephant. "BP keeps trying to get the elephant back into their pipe," she says. "Meanwhile, the elephant is running free, trampling the Gulf, seven states, several nations and threatening the Caribbean Islands."

The TRIZ solution, she explains, is to build a corral to contain the elephant: "A mile-long seabed-to-surface, segmented, modular, reinforced mylar tube, wide enough for submersibles to work inside, which would be anchored to the Gulf floor. Our corral would contain the spewing oil, allow offload pumping at the surface, and give BP time for them to solve their second problem: the pipe."

The biggest problems that BP faces, she says, are that the company and its problem-solving team are too big.

And that is why President Obama is stepping in, most prominently with his national address at 8 p.m. ET Tuesday. Through executive orders, big gestures and other sweeping strokes, a president can make things happen. Even anti-Big Government, Republican politicians like Gov. Bobby Jindal of Louisiana and Gov. Haley Barbour of Mississippi realize that their states need a vast amount of federal assistance to deal with the current environmental devastation.

"It is true there are problems that the federal government cannot solve, ranging from issues involving national security to the environment and the economy," says Julian Zelizer, an American history professor at Princeton University. "When this happens we can become extremely frustrated because this seems to be the last resort." 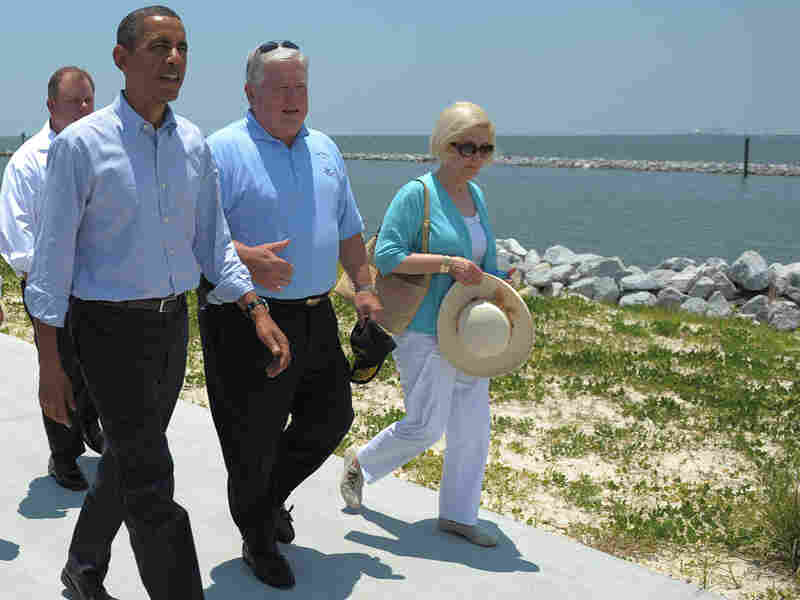 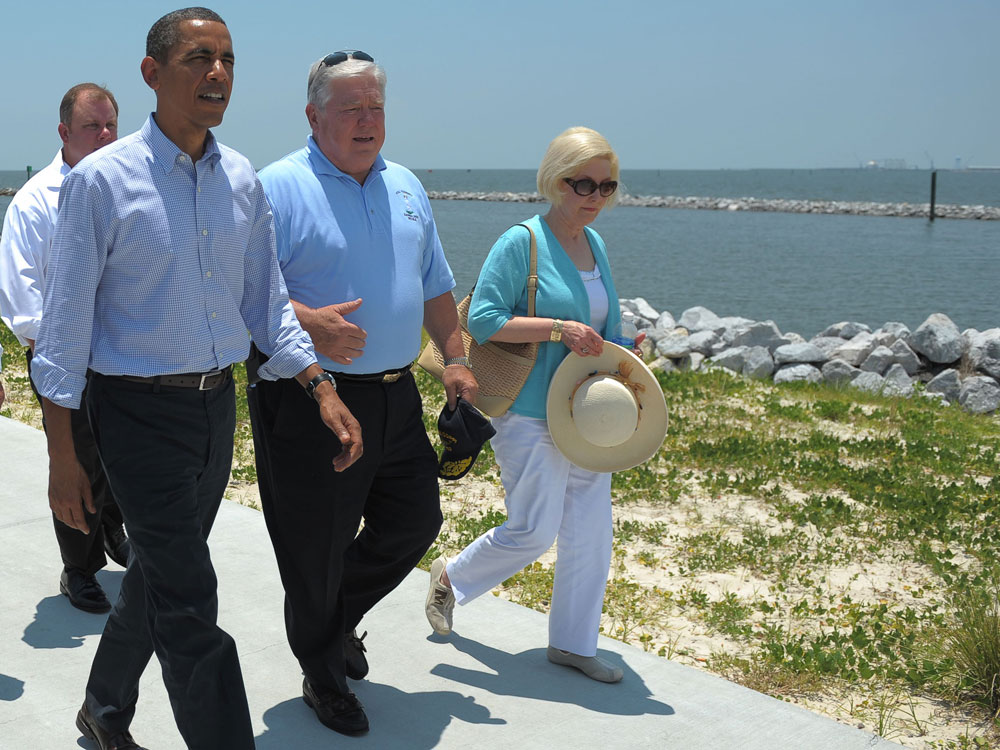 However, Zelizer says, we should not confuse anti-government rhetoric with the limits of government. He believes that the government could have done more to limit the risks and prevent widespread damage. "With the oil spill," Zelizer says, "stronger and more effective regulations on where drilling could take place and what kind of equipment had to be used could have diminished the chances for this disaster. Tighter oversight of easy money in the mortgage markets and a stronger stimulus in February 2009, including public jobs, could have done much more to boost economic conditions. With health care, there is considerable evidence that the government can help create more efficiency and broaden coverage."

And the problem-solving team can be a single person. Very often in U.S. history, Zelizer adds, one president has shown that the government can solve problems that a previous president thought were too big to tackle. His examples:

-- Franklin Roosevelt mobilized the resources of the federal government to bring relief to the economy and stabilize markets when Herbert Hoover could not see those solutions.

-- Lyndon Johnson showed how the government could end segregation and protect voting rights when earlier presidents were unable to do so.

Therefore, Zelizer says, there is still hope that our seemingly too-big problems can be solved.

"We need to be careful about giving up too soon," he says, "given our history of moving far beyond what seems possible."