Accessibility links
Beyond Fela Kuti, The Enduring Appeal Of Afrobeat Afrobeat has proven to be the most durable and appealing fusion of African and American pop styles -- in spite of the death of Afrobeat's creator, Fela Kuti. Critic Milo Miles talks about how some smart, determined Afrobeat inheritors both sustain and build upon the style's foundations. 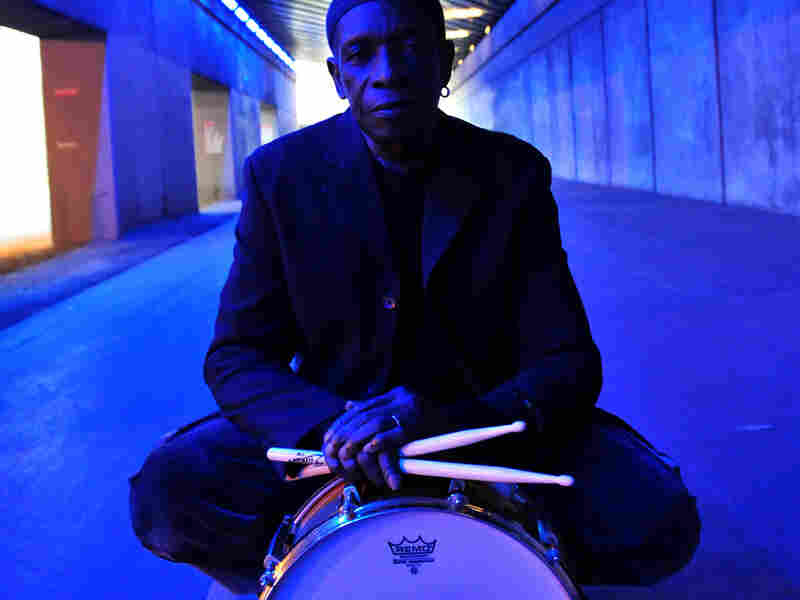 Tony Allen was the drummer and musical director of Fela Kuti's band Africa 70 from 1968 to 1979. Bernard Benant hide caption 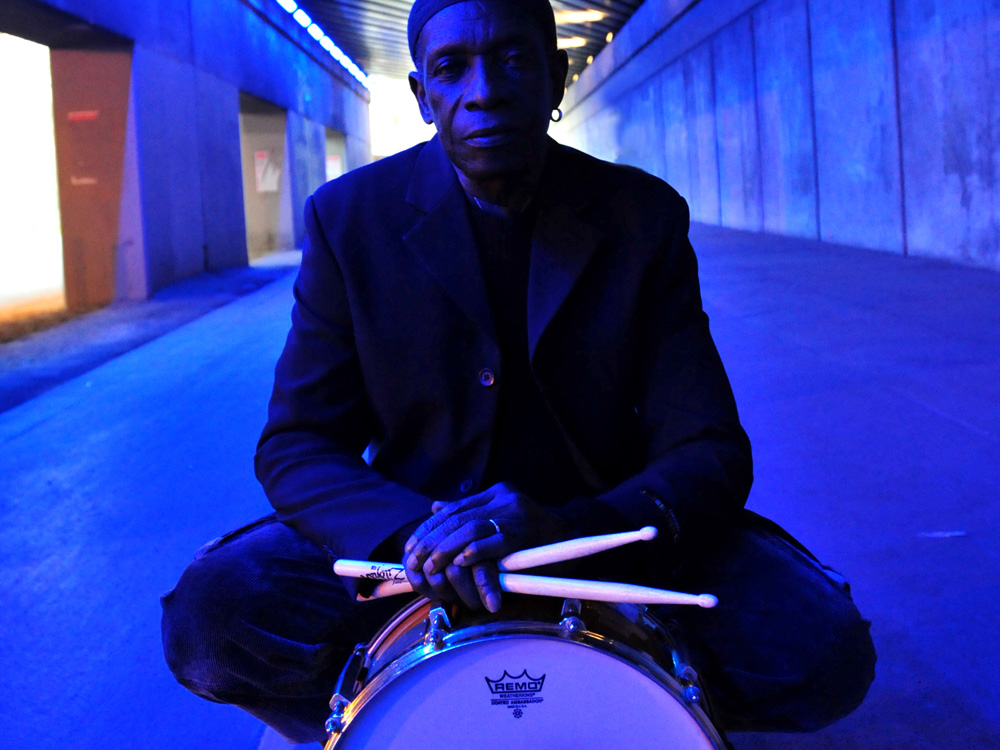 By now, a fairly wide assortment of pop-music fans would know what I was talking about if I noted that, in the late 1960s, bandleader Fela Kuti invented a style called Afrobeat with the key collaboration of his drummer, Tony Allen.

That I don't have to explain more about who Fela Kuti was or what Afrobeat sounds like is a testament to the remarkable, accelerating rise of Fela's fame since his death in 1997. Large record stores, what's left of them, often have whole "Afrobeat" sections in world-music departments, and more major cities are home to local Afrobeat bands than ever before.

The prime living player to thank for this is Allen, who has keeping up the good work all along. His newest solo album is called Secret Agent, and it sounds like the most fully rounded version of Tony Allen Afrobeat he's ever made.

Allen has gone through three phases in his career of more than 30 years. His first solo albums, in the '70s, were sturdy extensions of Fela's work -- long, long workouts without Fela's outsized personality to drive them forward. In the '80s and for a long time afterward, Allen switched to a stripped-down type of Afrobeat, influenced by dub reggae, spacey Nigerian juju and electronica. This mode is best sampled on the fine anthology Eager Hands and Restless Feet.

Now, Allen has completed the circle, and Secret Agent gives us compact cuts driven by his personality -- or at least his polyrhythms. Allen writes in the liner notes that "Fela wrote like a singer, I write like a drummer." That's a way of saying the multilingual lyrics shouldn't be a primary concern here. But it's refreshing to hear a wider variety of voices deliver them. 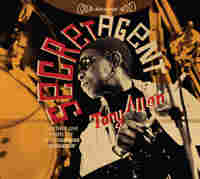 These days, Afrobeat listeners can decide what variety of Afrobeat they want to hear. There are groups that stick to Fela's basics without sucking the vitality out of them. One of the best of these is the French group Fanga, with particularly tangy horn charts. But if you want to delve into Afrobeat, stretched out and put into a lively mix, the Washington, D.C.-based group Elikeh does a clever and sure-footed job on its album Adje! Adje!

There's as much reggae as Afrobeat in the music of Elikeh, and the folk forms of leader Massama Dogo's native country Togo play a strong role. But it is the attitude of the group, the confident way to make an American-African album, that would be unimaginable without the influence of Fela. Except that, while Fela's bands always suggested a gang with a big-time bad-boy leader, Elikeh is more like a seductive collective, forever inviting you to dance or fight the power, or both at the same time.

Varied and strong as the current Afrobeat scene is, no performers so far are going to take the style away from Fela Kuti. And that's good. But it would be even better if there were a sudden new star powerful enough to do it.