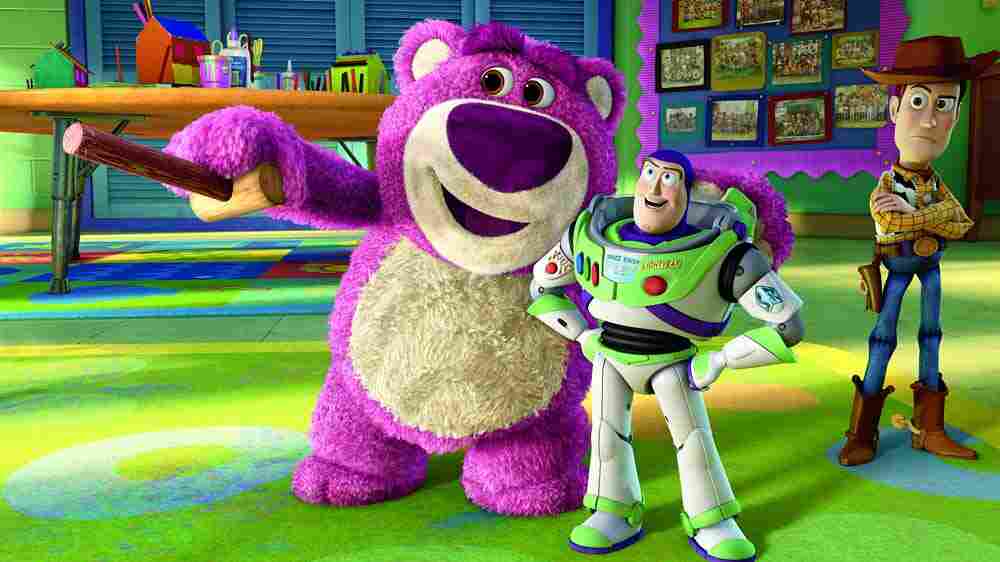 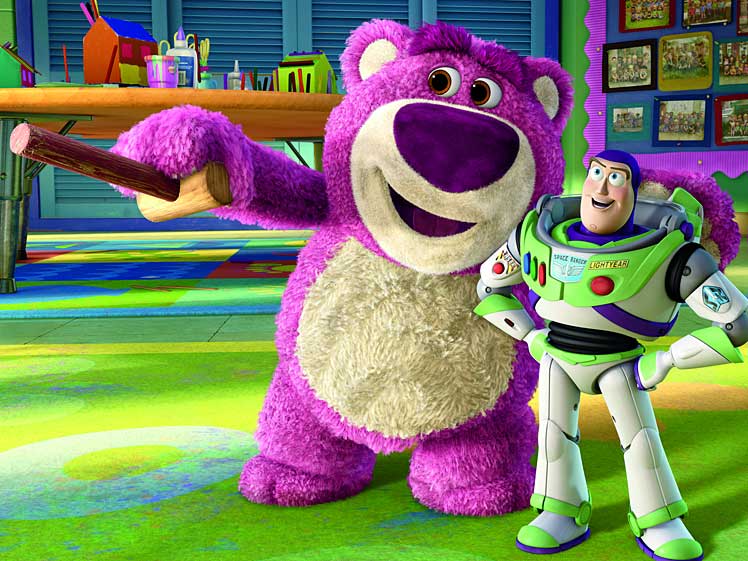 'Do Toys Here Get Played With Every Day?'

'To Reset Your Buzz Lightyear'

The third time? Not often the charm, if you're talking about film franchises. But Toy Story 3 has beaten the jinx: It's everything you hoped it would be, a sequel to a sequel that's prospered because it's both stayed true to its roots and expanded its reach.

It's been more than a decade since the last film, and the inevitable has happened: Andy, the young boy who owns all the Toy Story characters, has gotten older -- is, in fact, heading for college. The toys, including Woody and Buzz Lightyear, are increasingly afraid of being left behind.

Through a series of mistakes and misadventures, Andy's toys end up in Sunnyside, a cheery-looking day care center where they're welcomed with open arms by Lots-o-Huggin' Bear. He's the head toy in the place, voiced with a folksy silver-tongued brio by Ned Beatty, and he assures his new friends that day care is toy nirvana.

Despite these honeyed words, however, Sunnyside has a darker, more violent side, as Andy's toys discover all too soon -- at their very first playtime stampede, in fact.

Toy Story 3 was directed by Lee Unkrich, who worked on both previous films, and written by Michael Arndt, an Oscar winner for Little Miss Sunshine. Because of them, this film does the impossible: making us believe that toys are people, too -- idiosyncratic individuals with lives and minds of their own.

It's also a movie about movies: It's got references to John Ford Westerns, Hayao Miyazaki animation, and the kind of prison films where someone plays the harmonica on death row. How great that this tribute to old-fashioned toys becomes a love note to old-fashioned movies as well. (Recommended)