Accessibility links
One Sudan Marriage Ritual: An Alluring Dance Young brides in Northern Sudan have been performing the Bride Dance on, or near, their wedding nights for thousands of years. Today, plenty of Sudanese women reject it, saying they don't want to debase themselves.

Sixth of a yearlong series 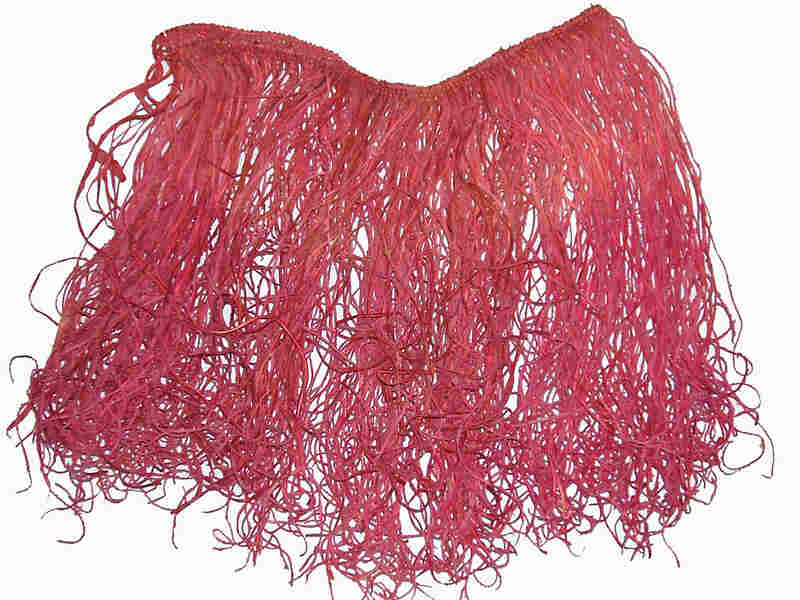 A rahat skirt (acquired in Khartoum, Sudan, in 2003) is a part of the traditional Bride Dance in the Sudan. Courtesy the Textile Research Centre Collection hide caption 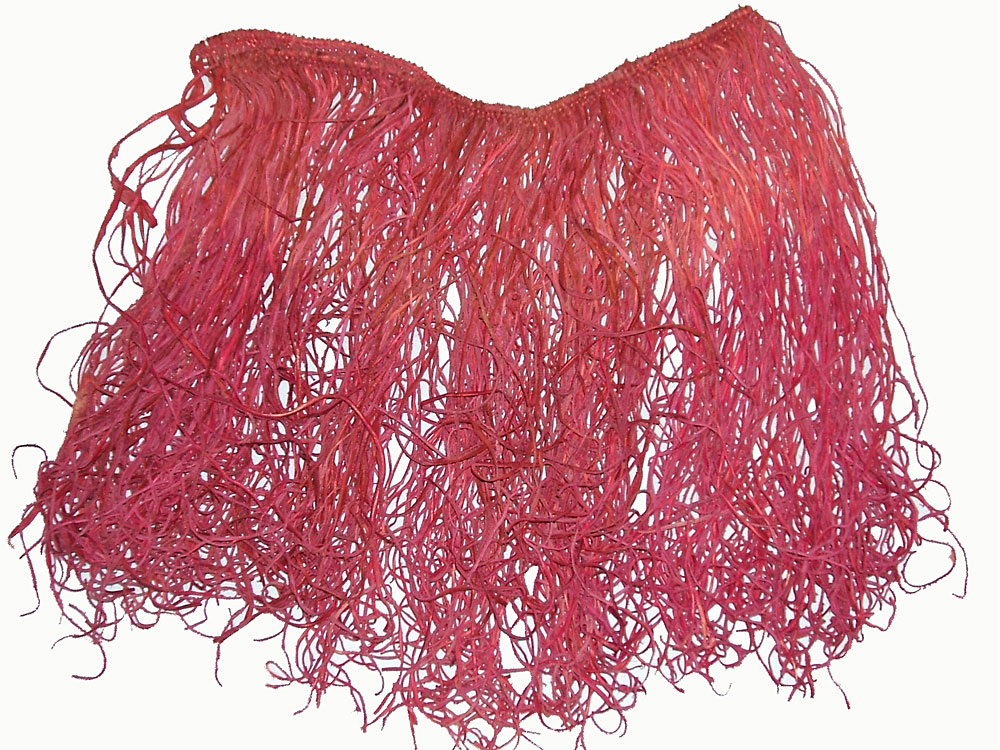 A rahat skirt (acquired in Khartoum, Sudan, in 2003) is a part of the traditional Bride Dance in the Sudan.

A mating ritual in Northern Sudan is hotter than the Sahara but not for everyone to see.

It has no official name, only a few simple rules apply, and, like all matters of the heart and the loins, the custom is open to interpretation.

In English, people here call it the Bride Dance.

Young brides have been performing the dance on, or near, their wedding nights for thousands of years. Like Sudan, it is both Arab and African. And, like Sudan, it is neither Arab nor African.

Iman Ali, aka Shengota, is a kind of bride whisperer. She teaches young women how to be one part Salome, one part Beyonce and one part the girl next-door.

But that ain't easy.

Young brides-to-be practice their steps every day, sometimes for months in advance. The upside, Shengota says, is that the women usually lose several pounds before the wedding. And that makes just about everybody happy.

When the music starts, the bride and groom mount a circular stage. And while the groom stands there snapping his fingers, the bride does her best to make him look like the luckiest man in the room. Never mind that he's usually the only man in the room. The dance is, more often than not, performed in front of an entirely female audience of cheering family members and friends.

But not everyone here is a fan.

The dance predates Islam in Sudan. And it may be one of the few customs on which feminists and Islamic fundamentalists agree.

Nowadays, plenty of Sudanese women say they don't want to dance, "like monkeys," half-naked for the crowd. And Sudan's Islamic fundamentalist government has strict rules on how women should comport themselves in public: conservative attire, head and legs covered, no shimmying.

Fatima Sir El Khatim Hallulah danced when she was a bride at age 14. Now, at age 60, she says she doesn't want her daughters to dance.

Hallulah says she was an uneducated country girl at 14, marrying a man she had never seen before at the bidding of her parents. But her daughters are university graduates who chose their own husbands. Hallulah says her girls should not be made to debase themselves. Others say they'd hate to see videos of their performances end up on YouTube.

'Nice To Show Off A Little'

But after a recent dip in general interest in dancing, choreographer Shengota says her phone is now ringing more often. Educated women of Sudan's economic elite are seeking her services.

Zaeneb El Khamis, a dentist in her late 20s, says the dance gives brides a chance to shake things up a little before settling down to marriage. The lights and the music and the costume changes -- including different perfumes and nail polishes for different dances -- can be great fun.

She, like many brides, enjoys watching the video of her performance with her family and friends. "It's nice to show off a little," El Khamis says. "I was good."