Accessibility links
Fresh Air Interview: Actress Marisa Tomei - From 'My Cousin Vinny' To 'Cyrus' The Oscar-winning actress has played everything from a sassy car expert in My Cousin Vinny to a stripper alongside Mickey Rourke in The Wrestler. In an interview with Fresh Air contributor Dave Davies, Tomei explains how she picks her roles -- and why she's excited about playing a mother in the new film Cyrus. 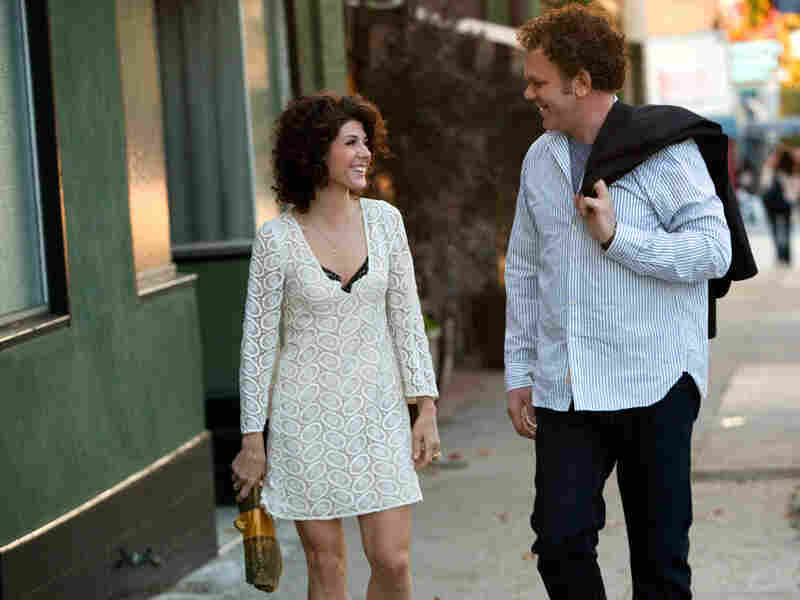 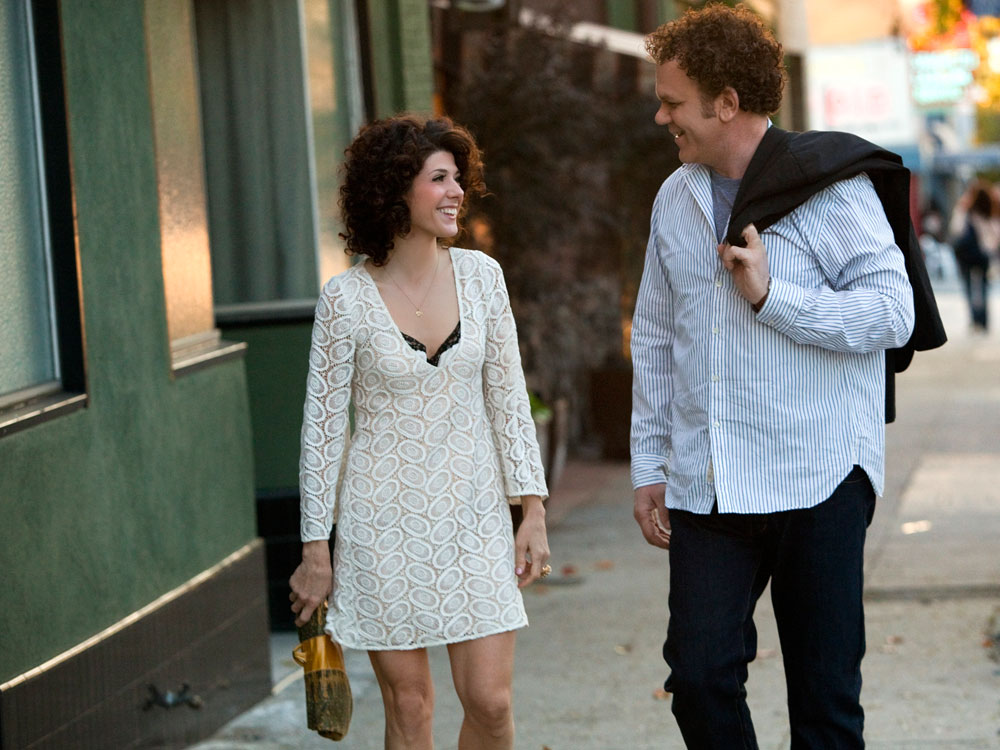 Marisa Tomei and John C. Reilly star in Cyrus as lonely singletons slowly falling in love -- though Tomei's son, played by Jonah Hill, proves to be no small hurdle.

Marisa Tomei, who received an Oscar for her performance as a brash, Brooklyn-based car expert in the 1992 comedy My Cousin Vinny, says she specifically shied away from comedies after winning the Academy Award -- even though she was offered several choice roles.

"I knew that I was most interested in a variety of characters," she tells Fresh Air contributor Dave Davies. "It wasn't in contrast to, 'Oh, I don't want to play this, because I want to get away from this image.' It was more: What else is out there? I'm curious."

After starring in movies such as Slums of Beverly Hills, Alfie and Before the Devil Knows You're Dead, Tomei was again nominated for Oscars: in 2001, for her portrayal of a domestic abuse victim in Todd Field's emotional family drama In the Bedroom, -- and her memorable portrayal of a washed up stripper opposite Mickey Rourke in 2007's The Wrestler.

Tomei says though the relationship between mother and son is unusual, she didn't judge her character ahead of time.

"I wasn't reading it going, 'Oh, this is really unhealthy. How am I going to play this unhealthy person?' " she says. "And so I approached it in the sense that they're great friends. They have a great relationship. They truly enjoy each other's company, and they've lived a very artsy and more bohemian kind of life. And they laugh well together. So I just saw it as more really great friends. And that part of it is really healthy." 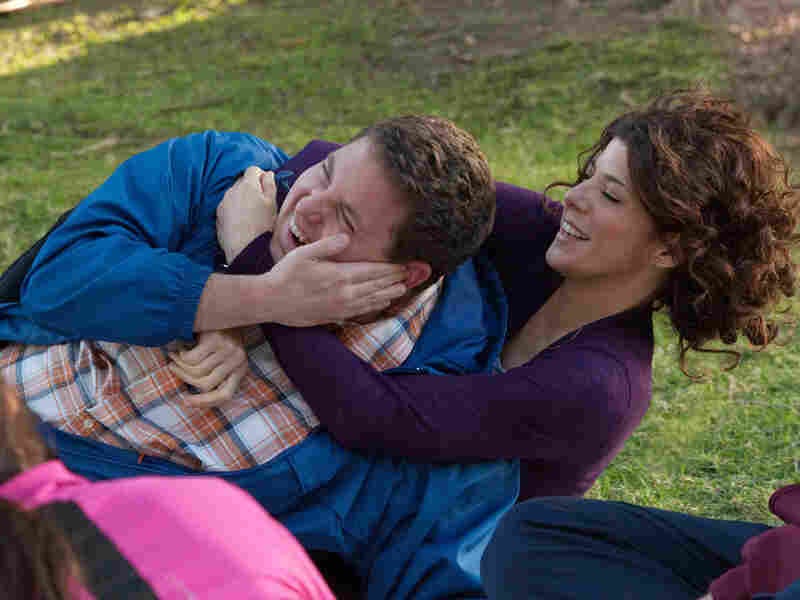 Tomei's character has an extraordinarily close relationship with her son Cyrus (Jonah Hill) -- so close that some might think it unhealthy. Chuck Zlotnick/Fox Searchlight Pictures hide caption 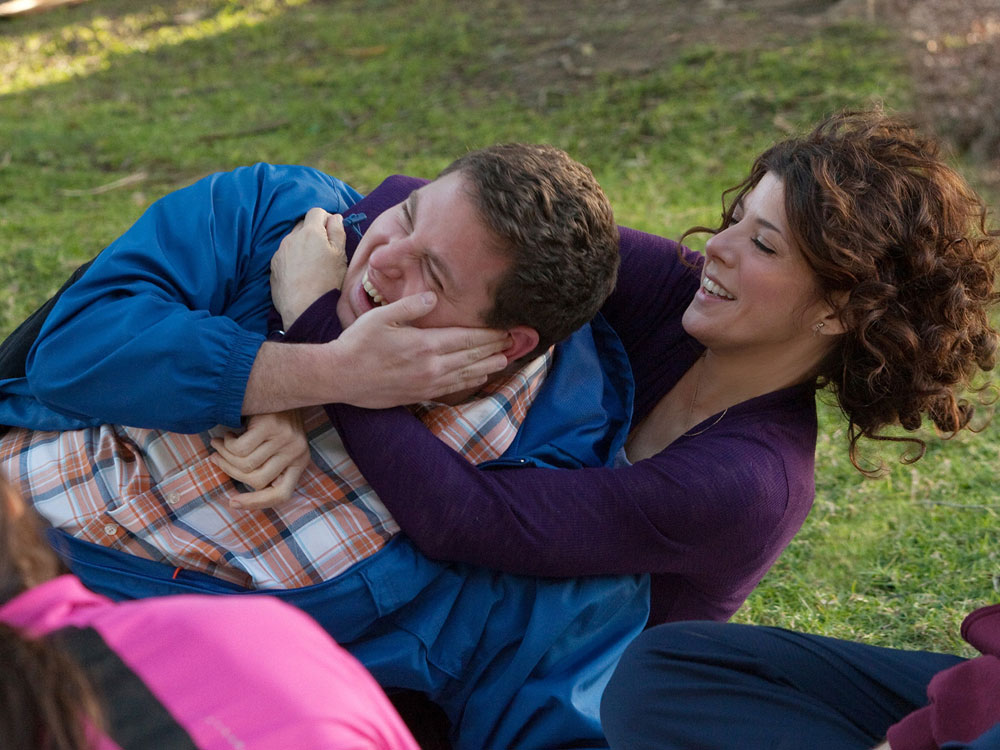 Tomei's character has an extraordinarily close relationship with her son Cyrus (Jonah Hill) -- so close that some might think it unhealthy.

On preparing for her role as a stripper in The Wrestler

"I hung out with a bunch of girls [in Los Angeles]. What did I learn? You know what I learned? It's all true. Guys are pretty simple at the end of the day. And I also thought that that character really mirrored [Mickey's character]. What I learned from [the strippers] was that what Mickey's character was going through in terms of his body being his job and starting to fail him and some of the things he had to do physically taking its toll -- honestly, just those heels alone cause a lot of backaches for a lot of those girls, and we didn't really get into that, but the stuff that Mickey's character is going, it's the same that [my character's] going through, too -- putting her body on the line every day."

On filming nude scenes in The Wrestler

"I had already done Before the Devil Knows You're Dead so that kind of broke me in. It broke the ice. And that was with Sidney Lumet directing. And he was very paternal and protective, and I wasn't sure if it was the right thing even to do, career-wise. Like, is this cool for me to be doing right now at this stage? But I really, really wanted to work with Lumet and Phil Hoffman and Ethan Hawke, and so I took the chance and then it was fine. And so after I had done that, it was kind of like, 'Oh. Again? Next year? Really?' "

"My mom was an English teacher -- she's retired now -- but she was on my butt about that kind of thing and correcting my speech from a young age. Although, I've been told I still have that accent."

On guest-starring on Seinfeld, where George (Jason Alexander) thought they could potentially date because she loved "funny, quirky, bald men"

"They called and I wanted to come and be a guest on their show. And later, I said, 'Why did you even choose me?' and they just said, 'We like the rhythm of your name.' " It really had nothing to do with me. They liked saying my name."