Accessibility links
Tina Brown's Must-Reads: Looking Past Appearances The Daily Beast editor-in-chief joins NPR's Steve Inskeep for another chat about the best reading she's been doing lately — books and articles about an iconic Depression-era photo, campaign promises and a country that has a way of flying too close to the sun. 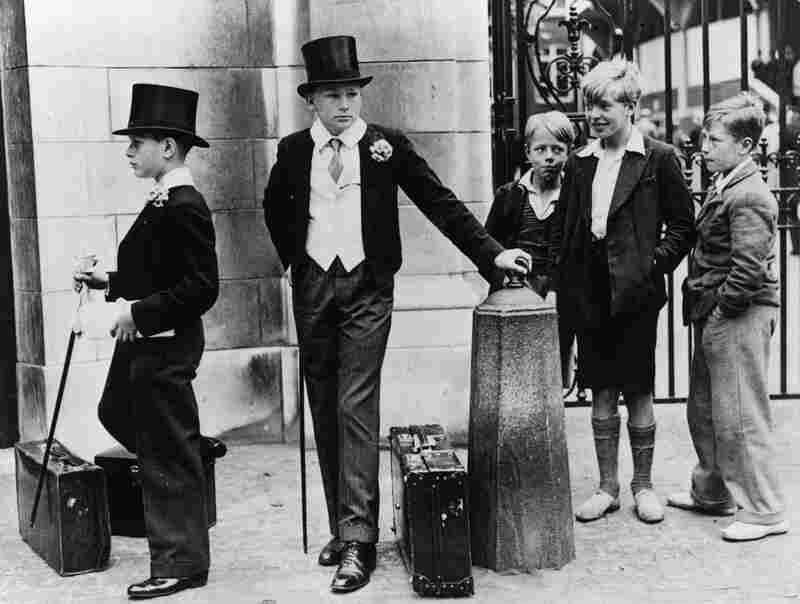 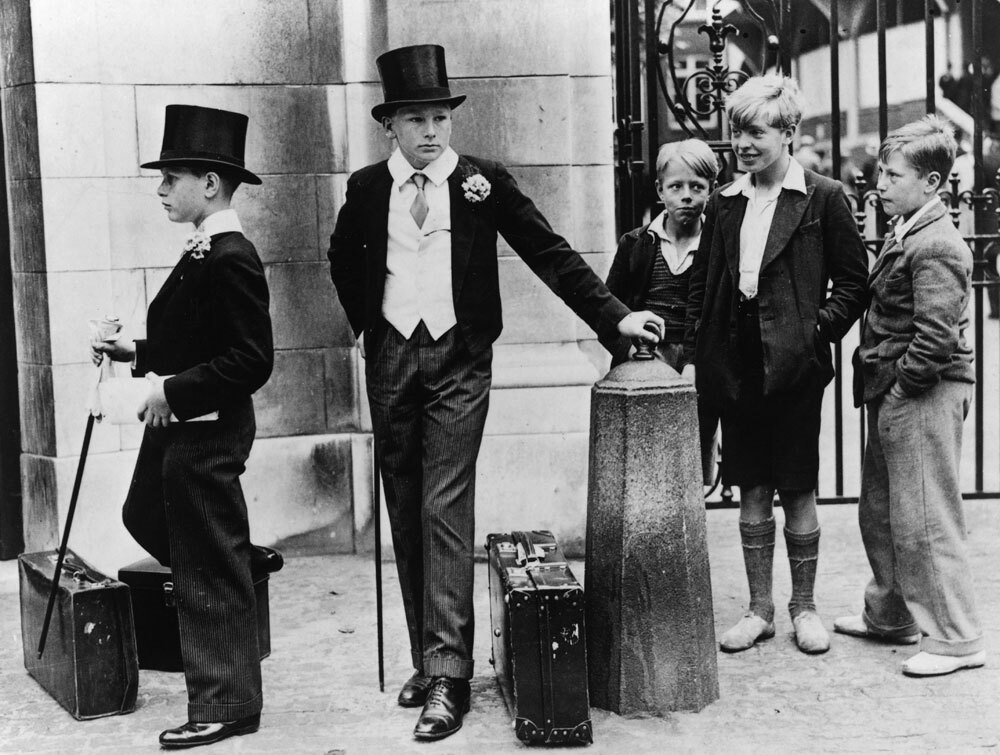 Ian Jack's "Five Boys: The Story of a Picture" goes in search of the true story behind this 1937 photo of Peter Wagner, Thomas Dyson, George Salmon, Jack Catlin and George Young.

For Morning Edition's feature "Word of Mouth," Daily Beast Editor-in-Chief Tina Brown joins NPR to talk about what she's been reading -- and what's made an impression. This month, Brown has been exploring appearances -- looking behind them, and thinking about how deceiving they can be.

'Five Boys: The Story Of A Picture'

First on Brown's list is Ian Jack's Intelligent Life magazine feature "Five Boys: The Story of a Picture," in which Jack investigates an iconic English photograph taken by Jimmy Sime in 1937. Set outside a cricket game between feuding English private schools Eton and Harrow, the photo shows two well-dressed Harrow boys in top hats staring off into the distance as three "scruffy young boys" stand sneering beside them. It's "the absolutely emblematic picture about class divide," Brown tells NPR's Steve Inskeep. "And ever since 1937, that picture has been wheeled out again and again to illustrate articles about class."

More recently, it's had a bit of a resurgence, Brown says: Newly elected British Prime Minister David Cameron is an Eton alumnus, and opponents have been known to use that connection -- and Sime's photograph -- to suggest that Cameron is out of touch with the mainstream.

"This is one of my favorite magazine pieces ever," Brown says. "What [it] does is try to find out who the five boys in this picture of class division really were."

Jack discovers that the laughing boys were actually from middle-class families -- that they weren't nearly as "scruffy" as was originally thought. He uses old school records to explore the nutritional divide between the private schools' student bodies and that of the London County public school system. Jack even follows the boys into adulthood and discovers that while the Harrow boys' lives ended quite tragically -- one died at 16, while the other suffered a nervous breakdown and died a deeply unhappy man -- the middle-class boys joined the navy and led happy, prosperous lives.

"By the end of it, you really get to learn who these boys were and what the picture says -- but also how pictures also lie," Brown says. "On one side it looks like a picture about class, but in reality the story was pretty different."

'The Spill, The Scandal And The President'

"The piece goes right deeply into the Minerals Management Service and shows how, under George Bush, it really was stuffed with political cronies," Brown says -- "former oil operatives, back-scratching good old boys who were completely in cahoots with the oil companies."

But the story "doesn't let Obama off the hook," Brown stresses. Obama appointed Interior Secretary Ken Salazar to straighten up agencies like the MMS, but although Salazar "came riding in saying 'the sheriff has arrived,' " Dickinson argues that since Salazar took office in January 2009, very little has actually changed within the agency.

"The fact is, it does take more than bold speeches and whip-cracking rhetoric to actually get something done," Brown says. "It really is about drilling down and making sure that your management edicts actually do have follow-up."

Dickinson writes that while Salazar did get something done, "it quite clearly wasn't enough," Brown says -- not nearly the housecleaning that would have been necessary to avert something like today's Gulf Coast catastrophe.

'The Icarus Syndrome: A History Of American Hubris'

Brown's last pick is The Icarus Syndrome, a book by Daily Beast political writer Peter Beinart that puts a spotlight on the perils of American hubris in foreign policy.

"The book is looking at some of these major foreign policy decisions and asking ourselves, 'Were we flying too close to the sun?' " Brown says.

The Icarus Syndrome argues that the success of American involvement in the Gulf War -- then Bosnia, and then in the early stretches of the war in Afghanistan -- really only served to get the U.S. into trouble.

"You get these cycles of hubris which come after success," Brown says. "Three successes, and that's the time when you're in danger."

That "cycle of hubris," Beinart argues, is what ultimately landed the U.S. in Iraq; it contributed to the Bush administration's inability to prioritize between Afghanistan and Iraq. Beinart writes that thinking they could do both and ignoring the limits of American foreign policy was itself a form of hubris.

"America just has to understand and acknowledge the limits of its own power," Brown says. "Much of the ill that has befallen us in the last few years has really been because of hubris -- about not understanding what we can't do." 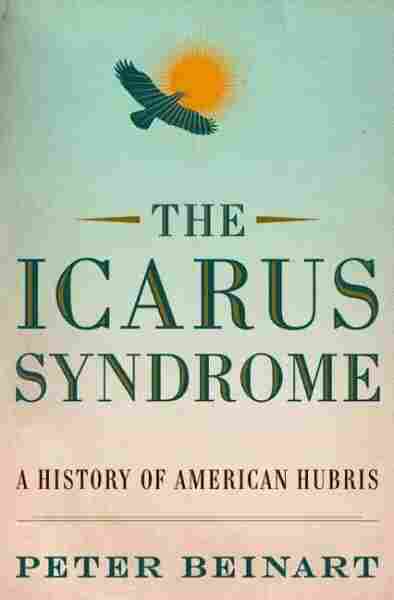 A History of American Hubris