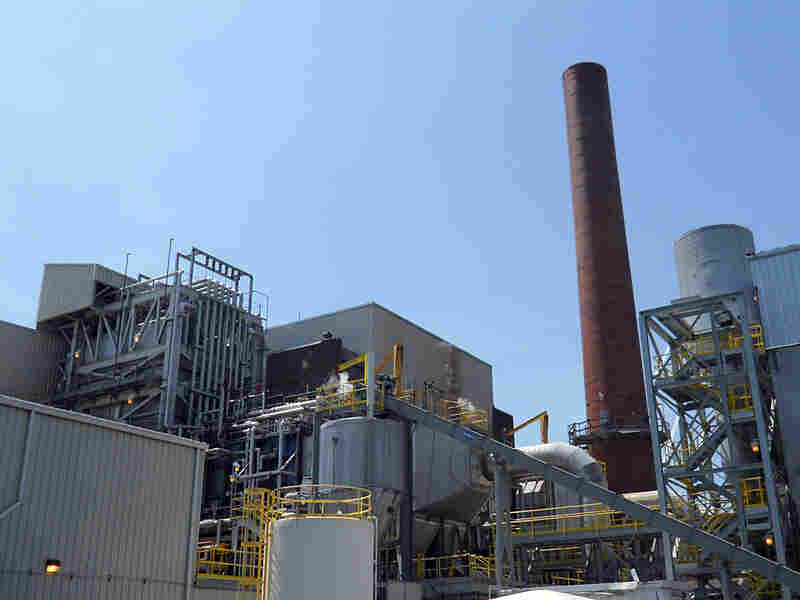 The city incinerator in Harrisburg, Pa., is almost $300 million in debt. And because the city backed the Harrisburg Authority, which owns the facility, it is responsible for the $68 million bill this year. Tamara Keith/NPR hide caption 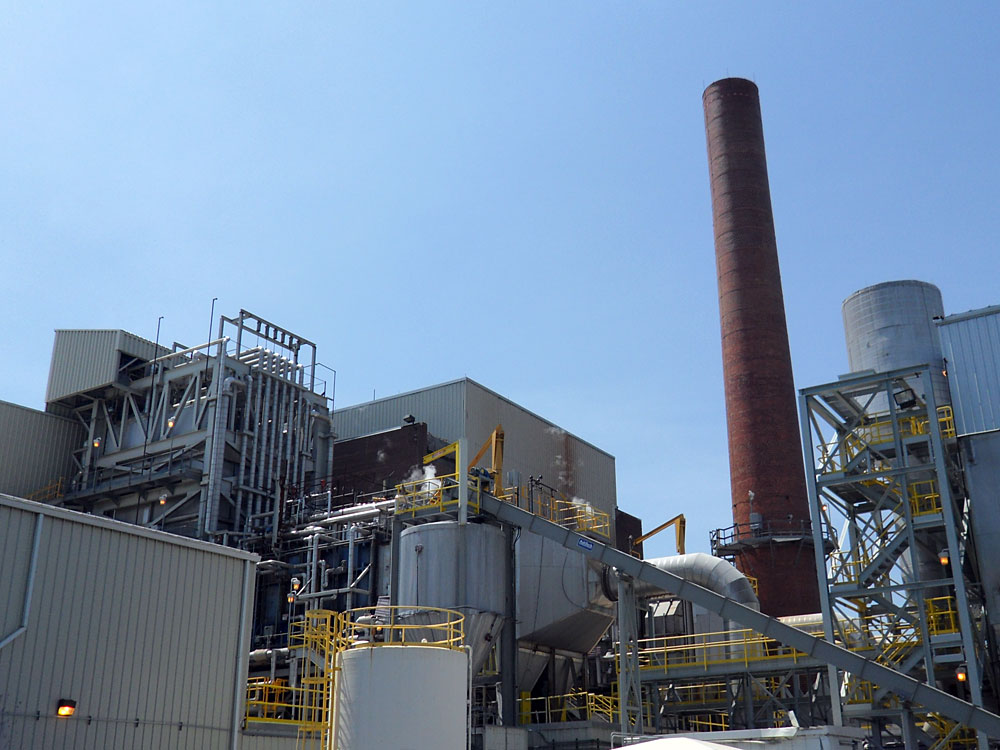 The city incinerator in Harrisburg, Pa., is almost $300 million in debt. And because the city backed the Harrisburg Authority, which owns the facility, it is responsible for the $68 million bill this year.

The city of Harrisburg, Pa., is in trouble -- big trouble. Like so many American homeowners, Harrisburg is underwater and deeply in debt with no easy or even clear way out.

And most of its financial troubles can be traced to the city’s incinerator.

Officially called the Harrisburg Resource Recovery Facility, the incinerator converts trash into power. But over the years what it's done best is burn cash.

"There's nothing in the industry that even reflects the kind of financial structure that this facility is in," says Jim Klecko, a regional vice president for Covanta Energy – the company under contract to operate the facility.

While many of the nation's incinerators are nearly paid off, the one in Harrisburg is roughly $300 million in the hole. It's the result of years of bad decisions and bad luck. Klecko says the facility is working better now than it ever has, even operating at a profit. That is, if the debt is not calculated in.

"If you ran at peak efficiency, 100 percent all of the time, just by pure volume, you couldn't process that much waste in a facility of this size to make their debt service," he says.

They sold us of the fact that this incinerator, once it's retrofitted, would make enough money to pay the old debt and the new debt, and unfortunately that didn't happen.

The total debt service owed this year by the Harrisburg Authority, which owns all of the city's utilities, is $68 million. But the Authority has been missing incinerator debt payments left and right. So the responsibility falls to the city of Harrisburg, which backed the bonds. Problem is -- the city can't handle the bills either. It's already missed a couple of payments this year.

"Bankruptcy sounds bad, but when you are insolvent, when you have very few options, this may actually be the best option," says Dan Miller, the city controller.

Miller says that $68 million bill for the incinerator is more than the entire city general fund budget.

So, how did a city get to the point where it owes significantly more than it could possibly pay? The same way a lot of people do -- it borrowed irresponsibly.

The facility was originally built in the early 1970s and had problems almost from the start. In 2003, regulators shut it down because of environmental violations. But it was deeply in debt at the time, and city leaders decided the only way out was to sell more bonds and rebuild and expand the incinerator. 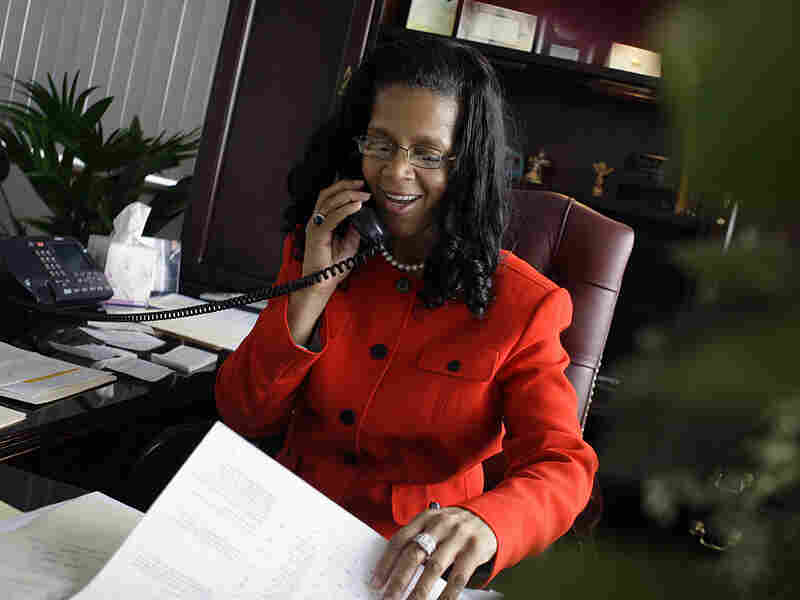 Harrisburg Mayor Linda Thompson says the city is considering a number of other alternatives to bankruptcy. Carolyn Kaster/AP hide caption 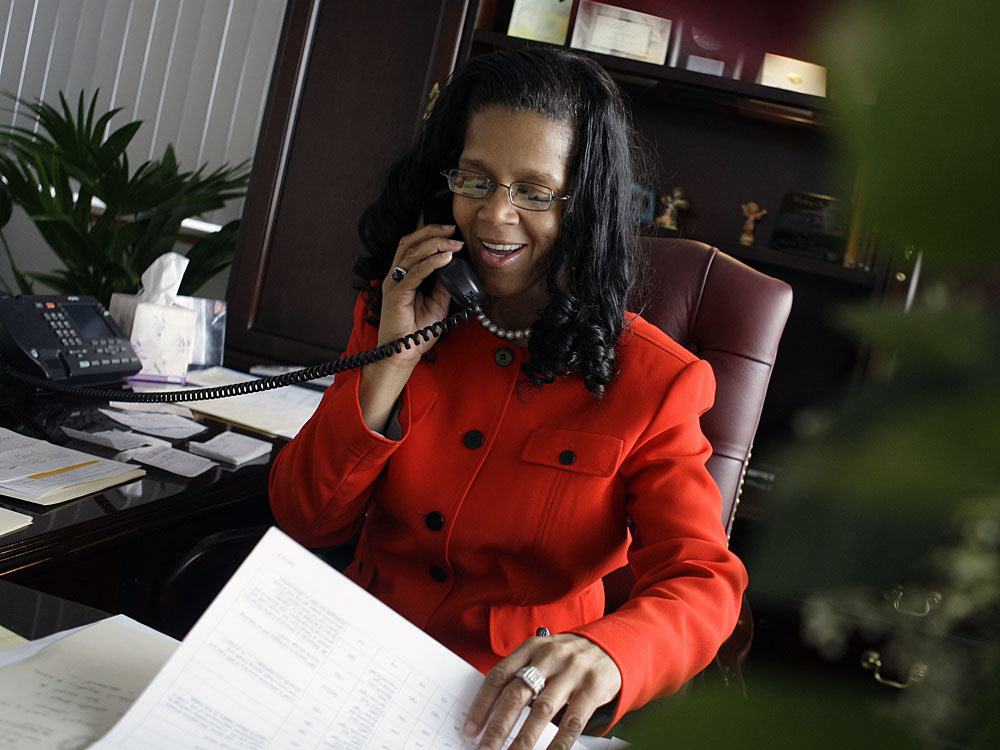 Harrisburg Mayor Linda Thompson says the city is considering a number of other alternatives to bankruptcy.

Harrisburg Mayor Linda Thompson was on the city council at the time. She says the former mayor and various outside consultants made a strong case.

"They sold us of the fact that this incinerator, once it's retrofitted, would make enough money to pay the old debt and the new debt," Thompson says. "Unfortunately that didn't happen."

Instead the contractor left the project unfinished and filed for bankruptcy. So the city and the Harrisburg Authority were out another $125 million and still didn't have an operating incinerator. That led to another round of bonds.

"Someone should have said enough," Thompson says. But no one did. "So here we are."

To give the city time to figure out what to do next, Thompson says she's working to secure a forbearance agreement that would put off the debt payments.

"Bankruptcy is not on the table as a first option," she says. "It will be the last option if we have to get there. But right now we're working on quite a number of other steps before we get to bankruptcy."

Thompson is talking about signing a long-term lease for city parking structures -- a plan that would bring in a big chunk of cash now but would eliminate a future source of revenue. And most significantly, she's hoping to restructure the city's debt -- sort of a refinance on a large scale. She says this is about saving the city.