Accessibility links
White House: BP Will Pay $20B Into Gulf Spill Fund At the White House, the president and the oil company's top executives reached an agreement on the escrow fund the administration demanded to compensate victims of the Gulf Coast spill.

White House: BP Will Pay $20B Into Gulf Spill Fund

White House: BP Will Pay $20B Into Gulf Spill Fund 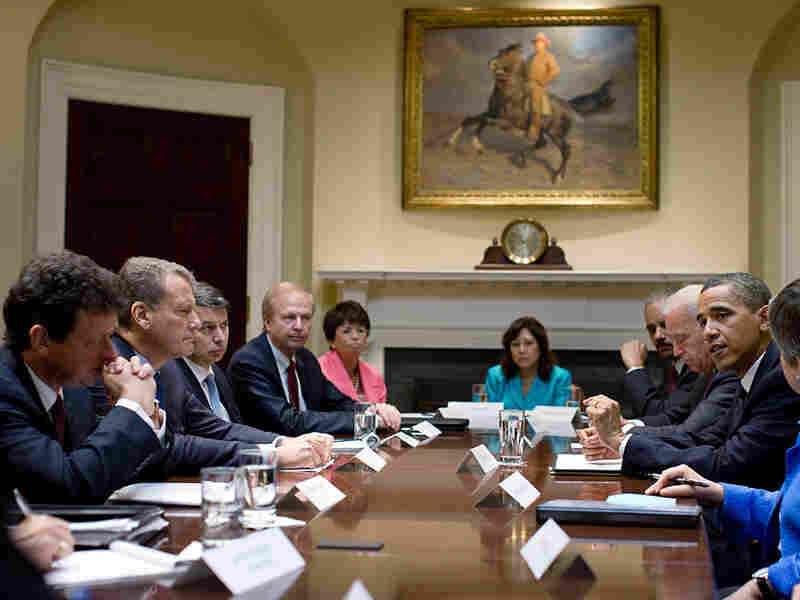 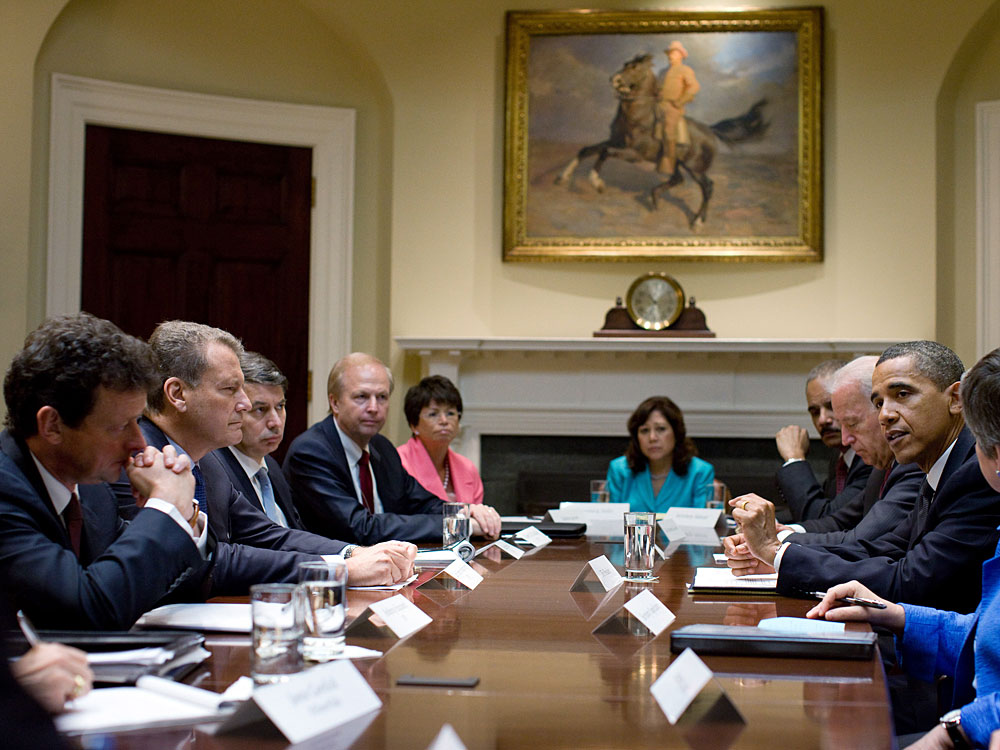 President Obama said Wednesday that BP will place $20 billion in a fund to compensate victims of the Gulf Coast oil spill, with the money to be set aside to ensure that the energy giant meets its obligations.

One day after the president addressed the nation on the massive spill and two months after the Deepwater Horizon drilling rig explosion and fire that triggered it, BP executives came to the White House Wednesday morning to discuss the fund and other issues. Obama said BP agreed that the fund would be independently administered by Kenneth Feinberg, the administration's executive compensation "pay czar." Feinberg previously administered the fund that compensated victims of the Sept. 11, 2001, terrorist attacks.

"BP has agreed to set aside $20 billion to pay for economic claims from this spill," the president announced.

"This fund does not supersede either individual rights or states' rights to future claims," he said.

Obama said the British oil company had also agreed to set aside $100 million to compensate oil workers who are unemployed as a result of the spill.

"BP's liabilities for this spill are significant. They acknowledge that fact," he said, adding that "BP is a strong and viable company and it is in all our interests that it stays that way." 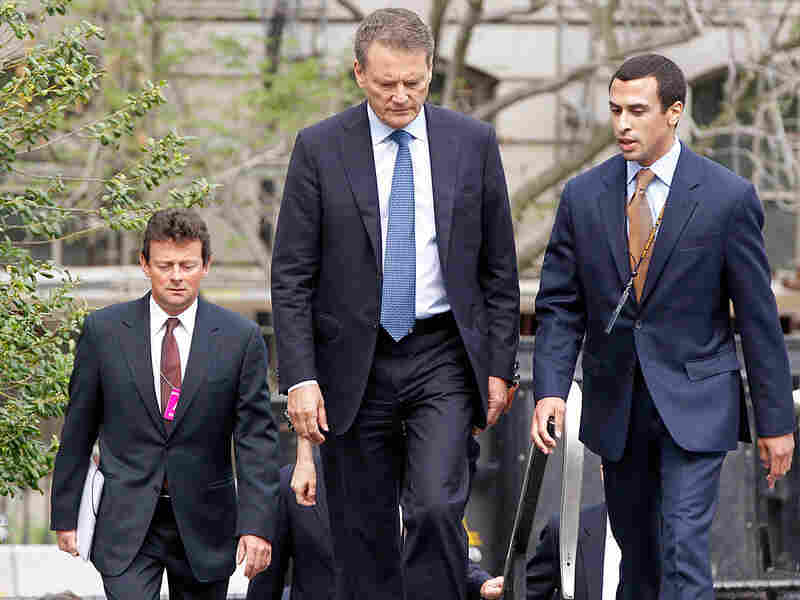 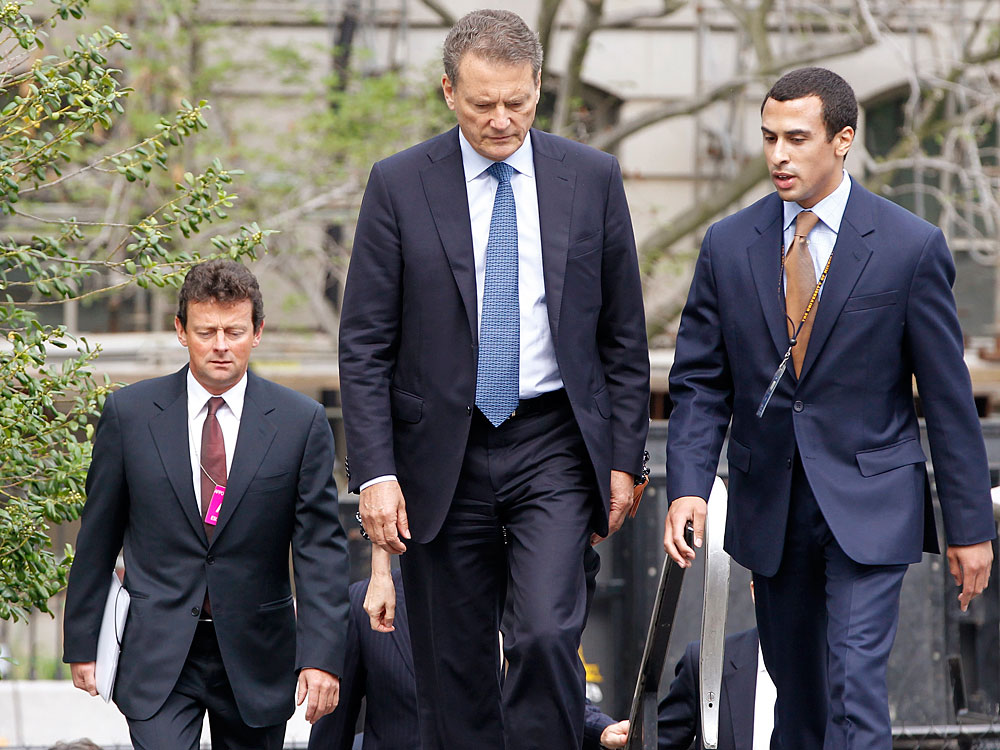 BP would not be required to pay all at once -- which is an attempt to allow the company to maintain the confidence of its investors. As a practical matter, the government needs BP to remain solvent so it can continue paying for compensation and restoration efforts, which will take many years to complete.

But Mississippi Gov. Haley Barbour said he wasn't sure the fund was a good idea. The Republican said BP needs to use its money to drill oil wells and produce revenue.

Since the April 20 rig explosion that triggered the spill, BP has repeatedly said it would pay all "legitimate" claims, but the company has failed to say how it defines legitimate.

Following the meeting with Obama, BP Chairman Carl-Henric Svanberg said the company’s board had voted to suspend $10 billion in dividend payments to shareholders because of the spill. He reiterated that BP would "live up to all responsibilities ... and all proper claims."

He apologized to the American people for the spill, and said the White House and BP were "fully aligned" on the steps needed to fix the spill.

Earlier Wednesday, senior White House adviser David Axelrod said the meeting was aimed at ensuring that Gulf Coast businesses and individuals will be fully compensated for their economic losses. Axelrod, speaking on CBS's The Early Show, said the key is that the escrow account the administration has pushed for must be under independent control.

Before Wednesday's meeting, BP declined to offer details about what proposals it would bring to the meeting or any reaction to Obama's biting words in his national address Tuesday night. On Tuesday, the president was blunt about the administration's position, declaring in his first Oval Office address that "we will make BP pay for the damage their company has caused," and describing the catastrophe as a "siege" on the shores of America.

The company said in a statement that it shares Obama's goal of "shutting off the well as quickly as possible, cleaning up the oil and mitigating the impact on the people and environment of the Gulf Coast. We look forward to meeting with President Obama tomorrow for a constructive discussion about how to best achieve these mutual goals."

The White House once had described BP as an essential partner in plugging the crude oil spewing from the broken well beneath nearly a mile of water. Now the president's tone has shifted, and he has said BP threatens to destroy a whole way of life.

"I refuse to let that happen," Obama said in his televised address Tuesday.

Meanwhile, a team of U.S. scientists has increased its high-end estimate of the amount of crude oil flowing from the BP well by 50 percent, to a range of 35,000 to 60,000 barrels per day. That estimate is in line with one made by independent scientists and first reported by NPR more than a month ago. BP, which had said for weeks that the flow rate was about 5,000 barrels a day, later acknowledged the figure was low, but the company has nonetheless declined to provide an updated estimate.

The government scientists say the total spilled so far could be as much as 116 million gallons.

BP also said Wednesday it has a second system in place to collect oil from the blown-out well.

The new system, already in place, has the capacity to draw up and burn about 10,000 barrels a day, though it is still ramping up to that level. It reuses seabed equipment installed in May for BP's failed "top kill" effort to smother and plug the leak, the company said.

Combined with the existing oil collection system, BP should be able to gather about 25,000 barrels a day.

NPR's Mara Liasson and Scott Neuman contributed to this report, which also includes material from The Associated Press