Accessibility links
Before Gulf Spill, BP CEO Tony Hayward Won Praise President Obama's meeting with top BP executives marked a big change in the energy giant's handling of the crisis. Until now, CEO Tony Hayward has been the public face of the company, but after a series of gaffes, he has been shunted into the background. 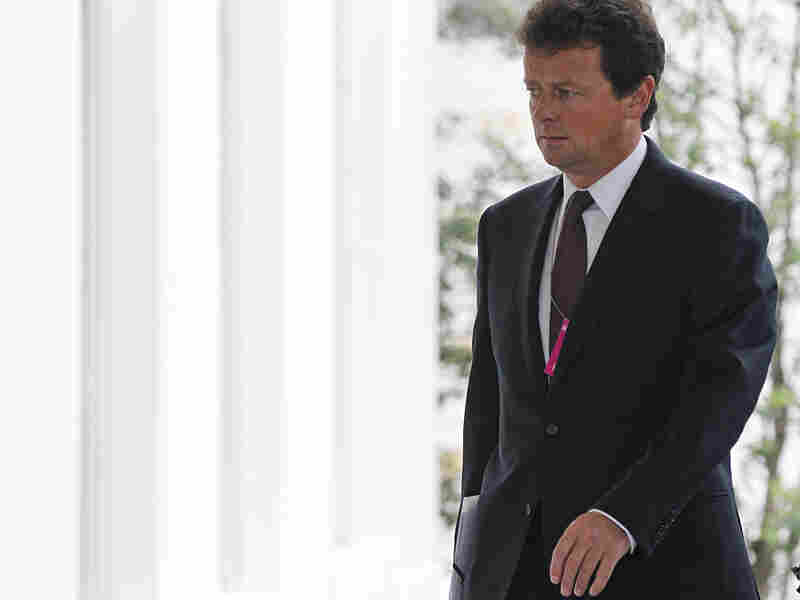 BP CEO Tony Hayward at the White House on Wednesday for a meeting with President Obama. Charles Dharapak/AP hide caption 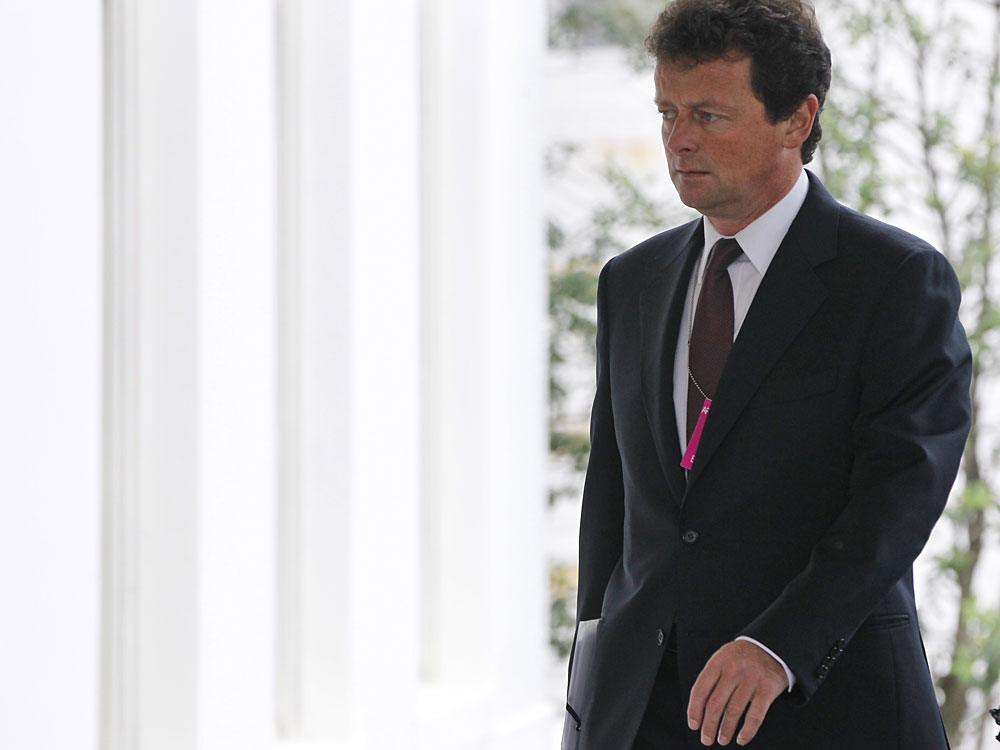 BP CEO Tony Hayward at the White House on Wednesday for a meeting with President Obama.

President Obama's meeting with top BP executives Wednesday marked a big change in the energy giant's handling of the crisis. Until now, the public face of the company has been 53-year-old CEO Tony Hayward. But after a series of gaffes, Hayward has now been shunted into the background.

Hayward took the helm of BP during what was -- until this year -- the worst crisis the company had ever faced. In 2007, his predecessor, John Browne, was forced to step down following a prostitution and perjury scandal.

To replace him, the board turned to Hayward, a former geologist who had risen through the ranks of the company.

"I think he comes across as a very genuine guy," said Iain Armstrong, an analyst at Brewin Dolphin Ltd., an investment management firm in London. "He's spent a long time there and, as I said, he's very committed to the cause."

In other words, Hayward is a company man. Compared to the larger-than-life Browne, Hayward is unassuming and modest. The Economist once said Browne is one of a handful of CEOs striking mainly for their blandness. But Hayward set about putting his stamp on the company and trying to change its culture.

In a 2009 speech, he said BP had too many shallow generalists and not enough people with detailed knowledge of their field. It was a company that was too top-down, too directive and not good at listening.

"We had too many people who were working to save the world," Browne said at the time. "We sort of lost track of the fact that our primary purpose in life was to create value for our shareholders."

Hayward also tried to address BP's poor safety record. The company had pleaded guilty to Clean Air Act violations following an explosion and fire that killed 15 workers in Texas. But Armstrong says the company actually got through 2009 with no major safety violations.

"I know this might sound crazy, but there is actually a much stronger culture toward safety," Armstrong said. "When you consider the track record in 2005 to 2008, it was a phenomenal change."

But any improvements in BP's safety record were quickly forgotten in the wake of the April 20 explosion in the Gulf of Mexico that killed 11 people. Since the spill, Hayward has mostly been encamped in Houston overseeing the efforts to cap the well.

"He has been on the front line," said David Uhlmann, who heads the environmental law and policy program at the University of Michigan. "He's been visible. He has at least in some ways tried to demonstrate that BP is accepting responsibility for what has happened on the Gulf."

Still, as efforts to cap the well drag on, Hayward has found himself the target of growing public anger over the spill. Some of the damage has been self-inflicted.

Early on Hayward predicted that the environmental damage from the spill would be modest. He denied reports from scientists of the formation of underwater oil plumes. But his comments May 10 on NBC's Today drew the most scrutiny.

"There's no one who wants this over more than I do," Hayward said on the show. "I'd like my life back."

Taking A Back Seat

After that remark, Obama said Hayward should be fired. Comments like these have done little to help foster public confidence in BP's management, Uhlmann says.

"He has not come across as someone who is either particularly able to effect the kind of change that needs to happen within BP or has enough command of this situation to stop the tragedy from continuing," he said.

At the same time, many BP shareholders are unhappy over the company's falling stock price. Some have complained that Hayward didn't fight back against what they saw as the Obama administration's efforts to demonize the company.

Meanwhile, Hayward appears to be taking a less prominent role in the spill cleanup. At a news conference following Wednesday's meeting at the White House, most of the speaking was done by BP Chairman Carl-Henric Svanberg. For the most part, Hayward stood behind him, far away from the microphone.