Accessibility links
A Neuroscientist Uncovers A Dark Secret For nearly 20 years, neuroscientist Jim Fallon has studied the brains of psychopaths. After learning that his ancestry included alleged murderers, he decided to study his own brain. He was shocked at what he discovered. 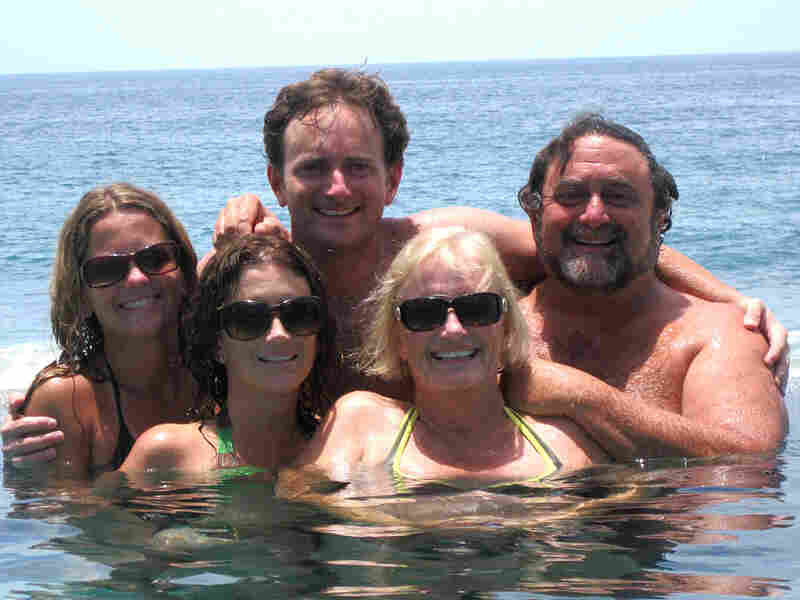 Fallon with his wife, daughters and son. When he compared the brain scans of his family — including his wife, siblings, children and mother — his was the only one that resembled the brain of a pyschopath. Courtesy of Jim Fallon hide caption 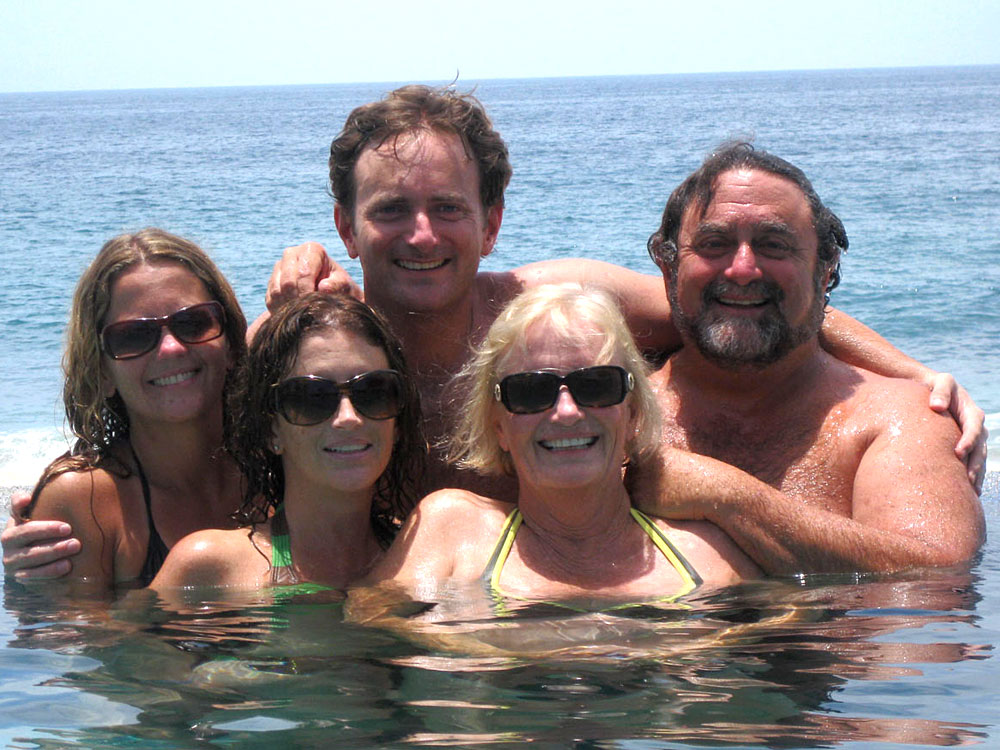 Fallon with his wife, daughters and son. When he compared the brain scans of his family — including his wife, siblings, children and mother — his was the only one that resembled the brain of a pyschopath.

The criminal brain has always held a fascination for James Fallon. For nearly 20 years, the neuroscientist at the University of California-Irvine has studied the brains of psychopaths. He studies the biological basis for behavior, and one of his specialties is to try to figure out how a killer's brain differs from yours and mine.

About four years ago, Fallon made a startling discovery. It happened during a conversation with his then 88-year-old mother, Jenny, at a family barbecue.

"I said, 'Jim, why don't you find out about your father's relatives?' " Jenny Fallon recalls. "I think there were some cuckoos back there."

One of his direct great-grandfathers, Thomas Cornell, was hanged in 1667 for murdering his mother. That line of Cornells produced seven other alleged murderers, including Lizzy Borden. "Cousin Lizzy," as Fallon wryly calls her, was accused (and controversially acquitted) of killing her father and stepmother with an ax in Fall River, Mass., in 1882.

A little spooked by his ancestry, Fallon set out to see whether anyone in his family possesses the brain of a serial killer. Because he has studied the brains of dozens of psychopaths, he knew precisely what to look for. To demonstrate, he opened his laptop and called up an image of a brain on his computer screen.

"Here is a brain that's not normal," he says. There are patches of yellow and red. Then he points to another section of the brain, in the front part of the brain, just behind the eyes.

"Look at that -- there's almost nothing here," Fallon says.

This is the orbital cortex, the area that Fallon and other scientists believe is involved with ethical behavior, moral decision-making and impulse control.

"People with low activity [in the orbital cortex] are either free-wheeling types or sociopaths," he says.

He's clearly oversimplifying, but Fallon says the orbital cortex puts a brake on another part of the brain called the amygdala, which is involved with aggression and appetites. But in some people, there's an imbalance -- the orbital cortex isn't doing its job -- perhaps because the person had a brain injury or was born that way.

"What's left? What takes over?" he asks. "The area of the brain that drives your id-type behaviors, which is rage, violence, eating, sex, drinking." 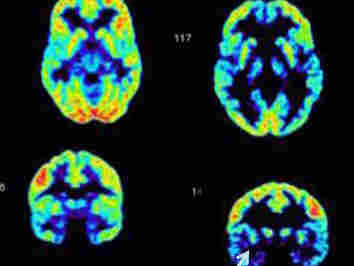 Fallon's brain (on the right) has dark patches in the orbital cortex, the area just behind the eyes. This is the area that Fallon and other scientists say is involved with ethical behavior, moral decision-making and impulse control. The normal scan on the left is his son's. Courtesy of Jim Fallon hide caption

Fallon says nobody in his family has real problems with those behaviors. But he wanted to be sure. Conveniently, he had everything he needed: Previously, he had persuaded 10 of his close relatives to submit to a PET brain scan and give a blood sample as part of a project to see whether his family had a risk for developing Alzheimer's disease.

After learning his violent family history, he examined the images and compared them with the brains of psychopaths. His wife's scan was normal. His mother: normal. His siblings: normal. His children: normal.

"And I took a look at my own PET scan and saw something disturbing that I did not talk about," he says.

What he didn't want to reveal was that his orbital cortex looks inactive.

"If you look at the PET scan, I look just like one of those killers."

Fallon cautions that this is a young field. Scientists are just beginning to study this area of the brain -- much less the brains of criminals. Still, he says the evidence is accumulating that some people's brains predispose them toward violence and that psychopathic tendencies may be passed down from one generation to another.

And that brings us to the next part of Jim Fallon's family experiment. Along with brain scans, Fallon also tested each family member's DNA for genes that are associated with violence. He looked at 12 genes related to aggression and violence and zeroed in on the MAO-A gene (monoamine oxidase A). This gene, which has been the target of considerable research, is also known as the "warrior gene" because it regulates serotonin in the brain. Serotonin affects your mood -- think Prozac -- and many scientists believe that if you have a certain version of the warrior gene, your brain won't respond to the calming effects of serotonin.

Fallon calls up another slide on his computer. It has a list of family members' names, and next to them, the results of the genotyping. Everyone in his family has the low-aggression variant of the MAO-A gene, except for one person. 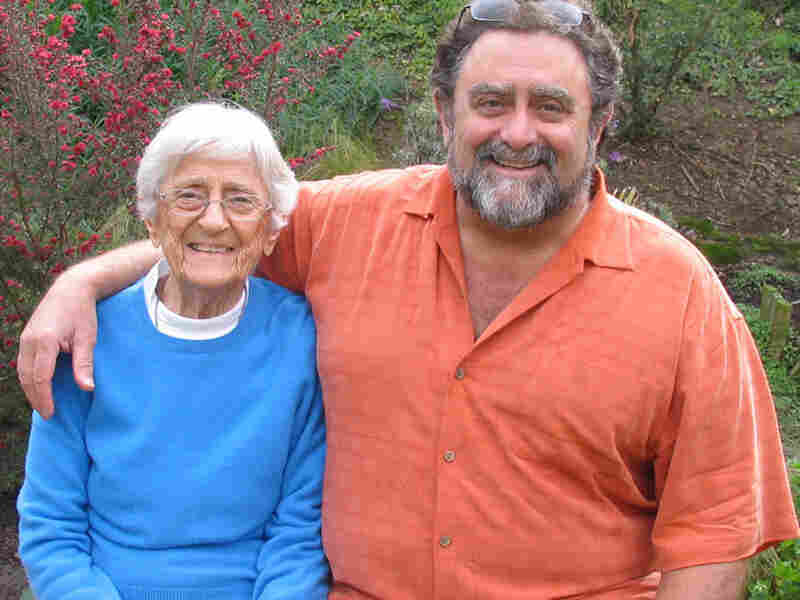 Fallon was prompted to study his brain after his mother, Jenny, told him his ancestry was full of alleged murderers. Courtesy of Jim Fallon hide caption 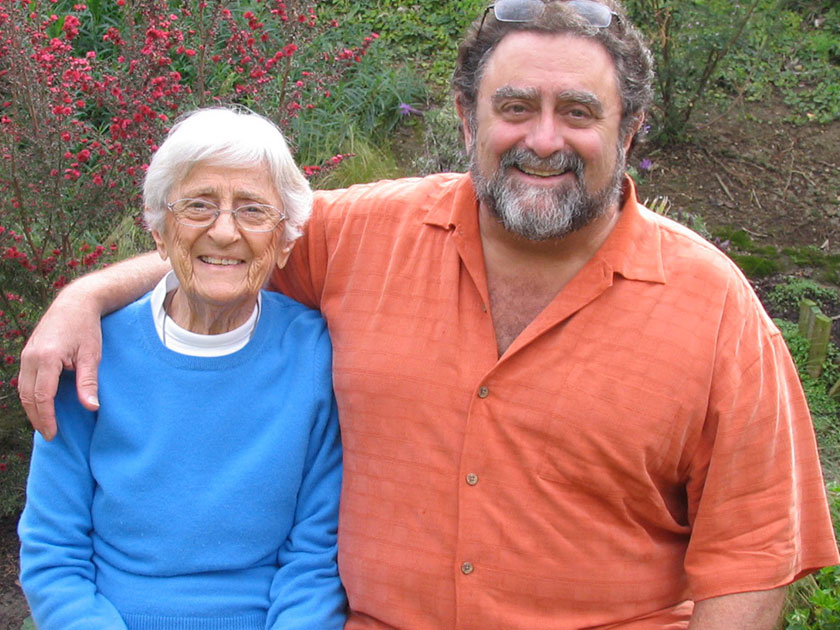 Fallon was prompted to study his brain after his mother, Jenny, told him his ancestry was full of alleged murderers.

Fallon's being tongue-in-cheek -- sort of. He doesn't believe his fate or anyone else's is entirely determined by genes. They merely tip you in one direction or another.

And yet: "When I put the two together, it was frankly a little disturbing," Fallon says with a laugh. "You start to look at yourself and you say, 'I may be a sociopath.' I don't think I am, but this looks exactly like [the brains of] the psychopaths, the sociopaths, that I've seen before."

I asked his wife, Diane, what she thought of the result.

Diane probably does not need to worry, according to scientists who study this area. They believe that brain patterns and genetic makeup are not enough to make anyone a psychopath. You need a third ingredient: abuse or violence in one's childhood.

"And fortunately, he wasn't abused as a young person," Diane says, "so I've lived to be a ripe old age so far."

The New World of 'Neurolaw'

Jim Fallon says he had a terrific childhood; he was doted on by his parents and had loving relationships with his brothers and sisters and entire extended family. Significantly, he says this journey through his brain has changed the way he thinks about nature and nurture. He once believed that genes and brain function could determine everything about us. But now he thinks his childhood may have made all the difference.

"We'll never know, but the way these patterns are looking in general population, had I been abused, we might not be sitting here today," he says.

As for the psychopaths he studies, Fallon feels some compassion for these people who, he says, got "a bad roll of the dice."

"It's an unlucky day when all of these three things come together in a bad way, and I think one has to empathize with what happened to them," he says.

But what about people who rape and murder -- should we feel empathy for them? Should they be allowed to argue in court that their brains made them do it? Enter the new world of "neurolaw" -- in which neuroscience is used as evidence in the courtroom.