Accessibility links
Nonprofit Gym Helps Low-Income Community Get Fit In many low-income neighborhoods, obesity and diabetes are huge problems. Fear of crime and traffic keep many residents from exercising outdoors, and indoor gyms are often too few and too expensive. Healthworks, a nonprofit fitness center in Boston, is trying to change that. 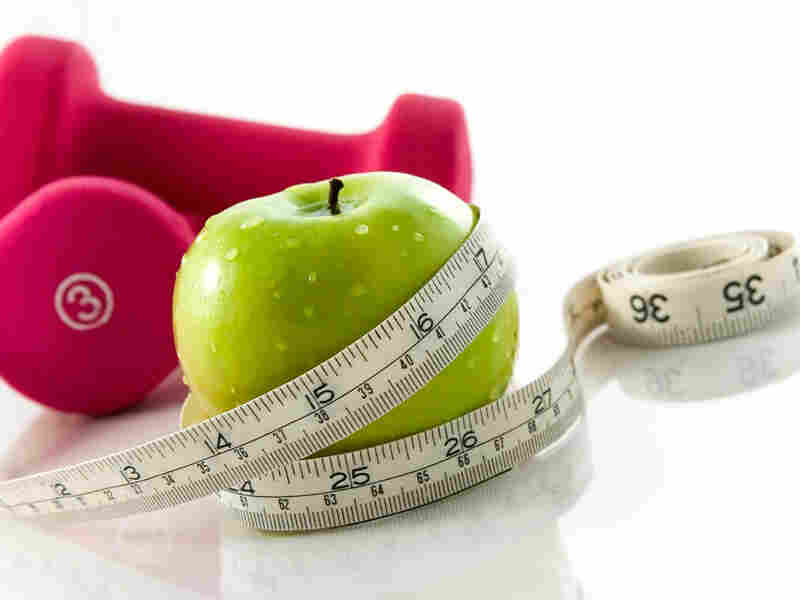 Eating healthy foods and exercising are key to weight loss. The nonprofit gym Healthworks is helping women in one low-income neighborhood of Boston lose weight and get fit. iStockphoto.com hide caption 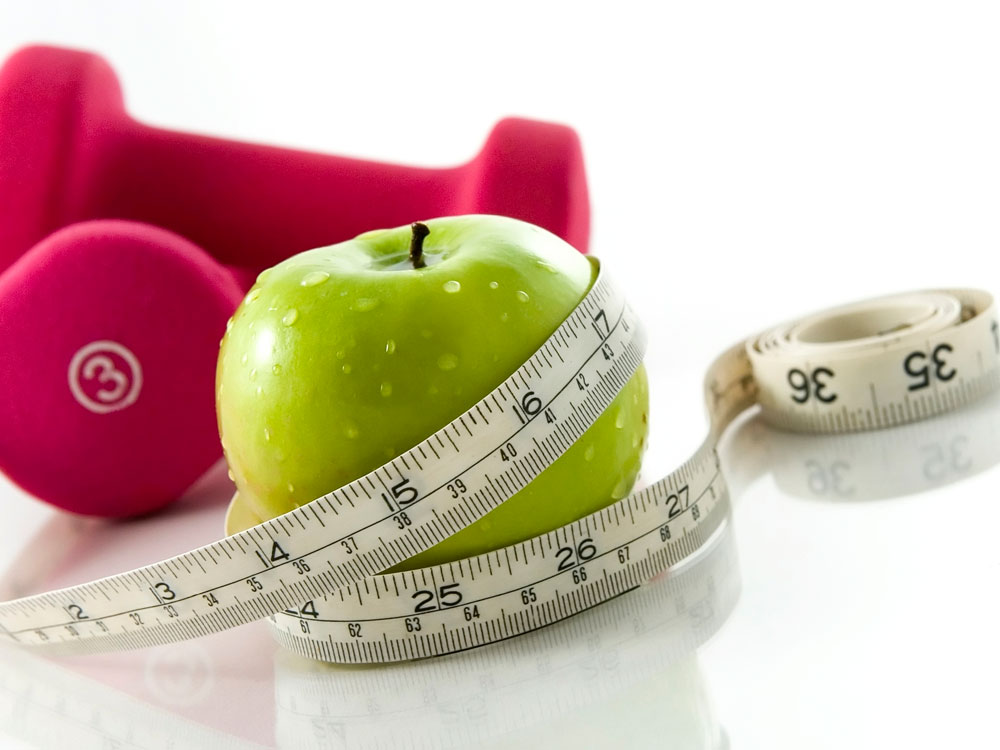 Eating healthy foods and exercising are key to weight loss. The nonprofit gym Healthworks is helping women in one low-income neighborhood of Boston lose weight and get fit.

In many low-income neighborhoods, obesity and diabetes are huge problems. Fear of crime and traffic keep many residents from exercising outdoors, and indoor gyms are often too few and too expensive.

Healthworks, a nonprofit fitness center in Boston, is trying to change that.

About 10 women were working up a sweat at a hip-hop class in Boston's Codman Square neighborhood recently. It's led by an instructor nicknamed K.J. with long dreadlocks and great moves.

But none of the women have lean, sculpted bodies. Most of them are where Tamica Toney, 36, was less than a year ago.

"I was obese," Toney says. "I was 252 pounds. No health problems, thank God for that. No sugar, no diabetes, no high cholesterol. But that was not healthy because eventually those problems would have came on. Now I am a total of 170 even."

She lost 80 pounds simply by going to the gym Monday through Friday.

Now she says she runs 3 miles a day -- even though she'd never been a runner before.

Toney says exercising at all in this working-class, ethnic neighborhood wasn't easy before Healthworks opened. The few fitness centers around were too expensive or too crowded, she says.

Toney also likes that the gym is for women only, since wearing spandex and sweat pants at a coed gym can be humiliating when you're 100 pounds overweight.

"I didn't feel ashamed or embarrassed of being big coming up in the gym," Toney says, "because we all understand each other -- versus with men and women, it's discouraging."

Mary Shaw, 51, agrees. She goes to Healthworks six days a week. She says fear of crime and traffic keep her from exercising outdoors.

"So many people here are obese and they want to walk and it is really unsafe," Shaw says.

She says she goes to Healthworks because she can afford it. Shaw lost her job cleaning trains for Amtrak about a year ago, but this gym costs her just $10 a month.

Membership fees are based on income, and the most anyone pays is $30.

Nearby doctors hand out free vouchers to the gym for patients who would benefit from exercise. That affordability lets folks in this neighborhood do what many people in more well-to-do areas take for granted.

"In middle-income communities, there's somehow an expectation that you're going to have access to gyms," says Bill Walczak, who helped make the nonprofit gym possible. "When you're in a low-income community, that stuff doesn't exist."

Walczak raised money to build the gym through his job as CEO of the Codman Square Health Center.

The Healthworks gym is also funded by revenues from the five for-profit Healthworks fitness centers in the Boston area. Those memberships cost about three times as much. But this nonprofit branch has the same type of equipment and classes, from yoga to Pilates to something called the Bodylicious Bootcamp.

Walczak says this neighborhood, and neighborhoods like it across the country, hunger for fitness centers like this.

"We're just the tip of the iceberg right here in terms of the actual need of this community to have access to indoor gyms where they can exercise," Walczak adds.

And not just exercise. A teaching kitchen will open to show members how to make healthy foods. That's because the gym's goal is to improve people's health, not just get them ready for bikini season.

"I can't wait to get this next 20 pounds off of me, get cut up, get them abs coming through," Toney exclaims. "Then I'm going to shop until I can't drop!"