Accessibility links
Five Senses, Minus One: Living Without Smell Garden writer Bonnie Blodgett didn't know what her sense of smell meant to her — until she lost it. Her new book, Remembering Smell, describes what it's like to live in the world without being able to smell it — from the sweet aromas of springtime to the stench of sour milk. 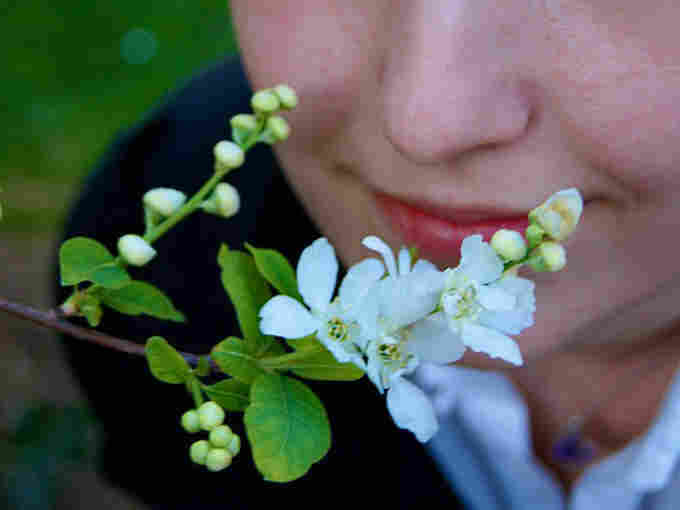 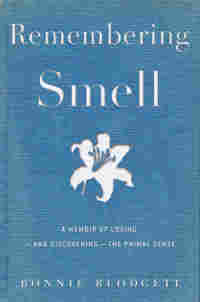 There was a time when garden writer Bonnie Blodgett took her sense of smell for granted. That was before she lost it.

In Remembering Smell: A Memoir of Losing -- and Discovering -- the Primal Sense, Blodgett tells the story of the traumatic loss of her sense of smell, starting with the cold that she treated with a zinc-based nasal spray that wreaked havoc on her olfactory -- smelling -- nerve.

The Food and Drug Administration eventually recalled the spray, but not in time for Blodgett.

Suddenly, the comforting, complicated smells of her great-grandfather's wing chair and the rich springtime aromas of her garden were gone. They were instead replaced by vile, metallic phantom smells that Blodgett tried to pretend came from sour milk or dog poop. Then, eventually, there was nothing at all.

"I kind of knew at that point that my brain just wasn't working right," she tells NPR's Melissa Block.

When she finally got confirmation from a doctor, she was devastated.

"I had no way of knowing before what it would be like to not smell anything," she says. "When I woke up and sniffed and there was nothing there -- I don't know how to explain it -- I felt completely disconnected. I truly felt as if colors were more flat. The voices in conversation felt like a TV soundtrack to me."

Blodgett had never realized the role that even the most subtle smells played in the world around her until they were gone and she was left shocked by the emptiness and sterility of her surroundings.

"Smell is tied into the other sensory systems and into the emotions," she says, "and, in a way, that causes everything to be kind of thrown out of whack when you lose it."

For Blodgett, that meant getting thrown into a deep depression that wasn't helped by the fact that friends had trouble understanding or relating to the experience she was going through. "It's not a visible disability," she says. "It doesn't inconvenience other people. You seem to be perfectly fine, and so, of course, one assumes that you are and you assume that you should be. There's a whole combination of sort of self-loathing on top of sadness." 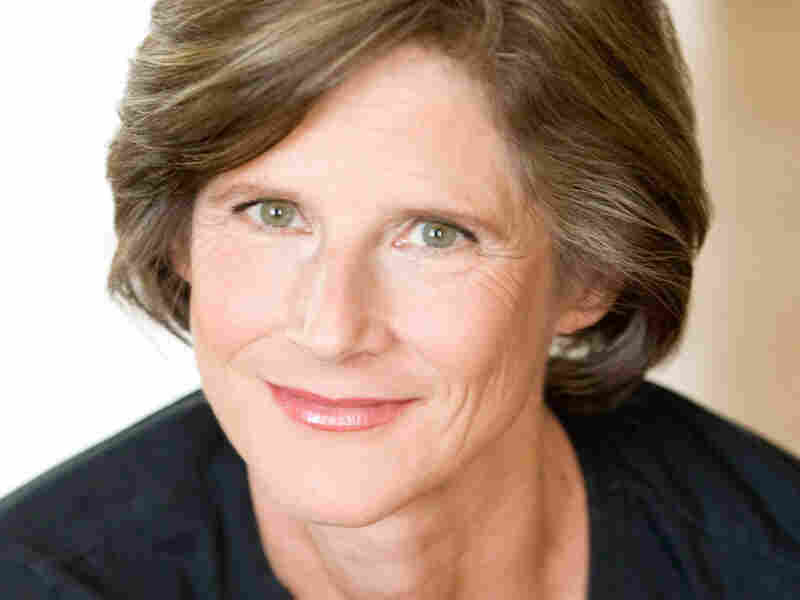 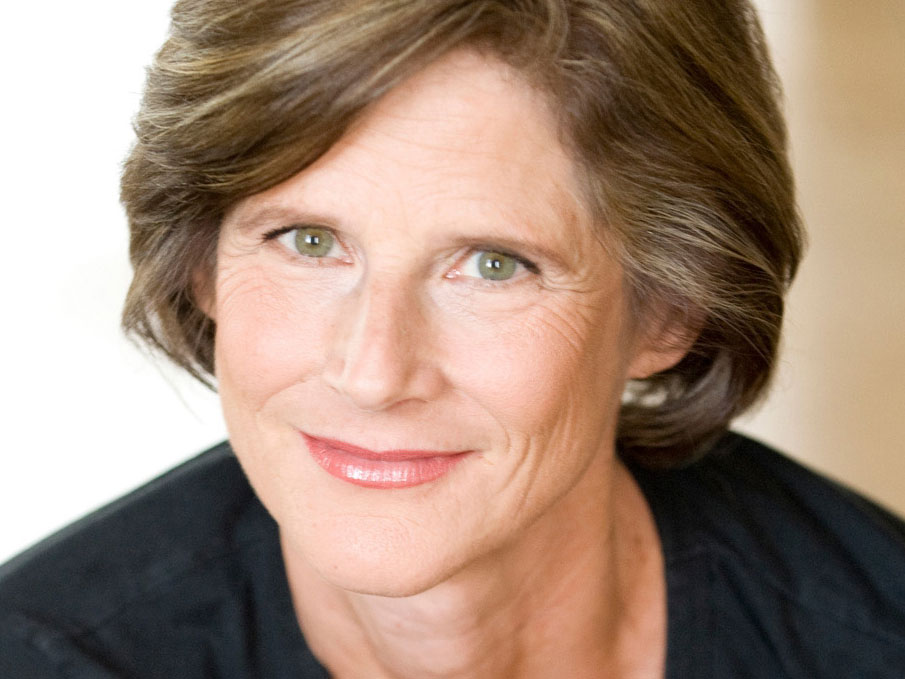 That is, until the day her smell slowly started to return.

"I didn't want to get my hopes up," she says. "I walked by a popcorn shop, and I swear I smelled that popcorn. But I wouldn't allow myself to believe it. It would have been too disappointing."

It wasn't until she was in her garden, taking in the aroma of the flower beds, that she knew it was back.

And that's when the floodgates opened.

"I was going around smelling everything," she says. "Being able to smell lilacs again was just -- I don't think I'll ever get over it."

I'm told my nose is my best feature. It's long and straight and has a high bridge with a bump at the top that is a perfect perch for my thick glasses. My nose is large for my face, but I have an unusually small face. That makes me thankful for my nose. No one would describe me as mousy. When I enter a room full of strangers, I can trust my nose to announce that here is a serious, thoughtful person. And by the way, where are the appetizers? Do we smell a touch of cumin?

But even though I could pick out the Chanel No. 5 from among ten other perfumes in a crowded room, there was a time when I took my sense of smell for granted. I assumed that it was indestructible. I certainly never asked myself which I valued more, my long, straight nose or what went on inside it.

My story begins on a Wisconsin interstate just before half of it veers south toward Chicago and half goes west to places you've probably never heard of -- like the Wisconsin Dells, Altoona, Eau Claire -- and then finally to the Twin Cities. I was driving home to St. Paul after a weekend visit with my daughter Caroline, a student at UW–Madison, when my nose began picking up a weird smell. Had I stepped in something? What could be causing this peculiar odor?

I pulled into a Kwik Trip to top off the tank and check my shoes. Nothing suspicious there. Maybe the heater fan was sucking up the smell from the engine and blowing it through the vent. Was a dead bird in there?

Ridiculous. The smell was all in my head, not my nose. Nerves. Saying goodbye to Caroline had been more difficult than usual. She was as lonely and homesick at Madison as her older sister, Alex, had been happy there. How different my girls were.

My own college years weren't exactly blissful. While other students were getting acquainted with one another, I was out foraging for plant materials, mainly tree branches of a certain shape and size, with which to transform my cinder-block cube of a dorm room into a leafy forest glade. The smells of oak leaves and pine sap soothed my homesickness for Minnesota. Years later, when my husband, Cam, and I settled down to raise a family, I couldn't wait to plant a garden. I dug up the patchy lawn in the backyard.

Gardening to me is an artistic endeavor, and a garden of one's own represents the ultimate in creative freedom. In fact, in my forties I became so greedy for that anything-goes fix I got when planning a new border or rigging up a water feature that I decided to quit my job editing a city magazine to launch a publication of my own, the Garden Letter: Green Thoughts for the Northern Gardener. When my little magazine won an award from the Garden Writers Association for the Art of Garden Communication, a category invented just for it, I realized I'd turned a corner: I was a garden writer. 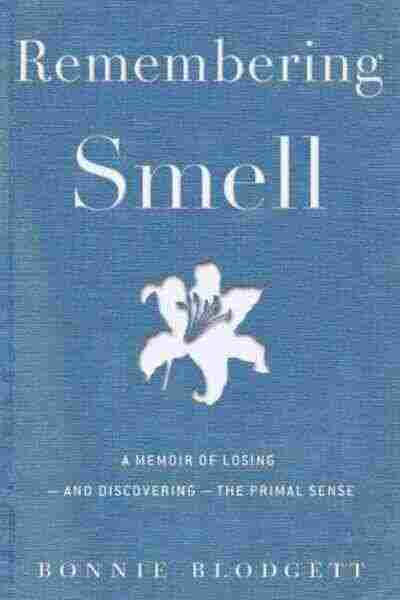