Accessibility links
Robert Randolph Performs Live In NPR's Studio 4A The pedal steel guitarist started playing in his neighborhood church. But as his band developed its amped-up blues-rock take on gospel, his musical career took off quickly. Robert Randolph and the Family Band recently stopped by NPR to perform and discuss songs from their latest album, We Walk This Road.

Hear A 2001 Interview With Robert Randolph 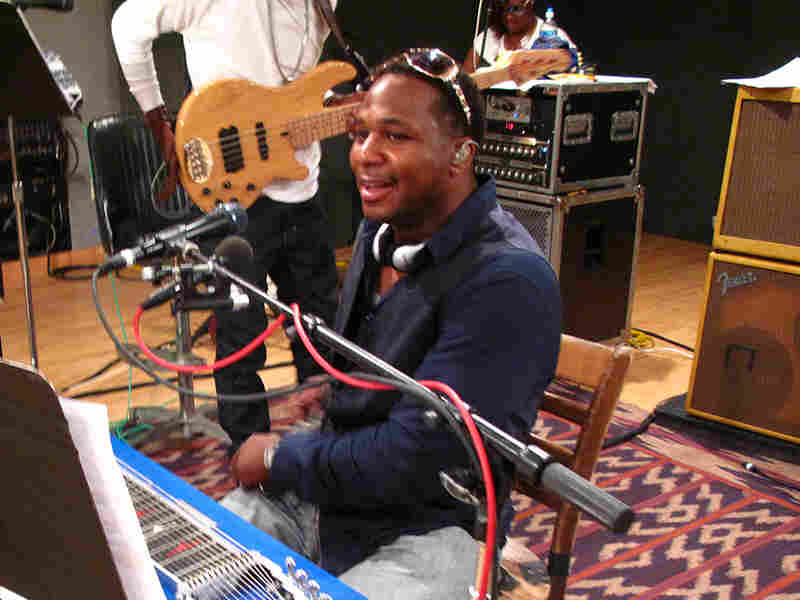 Robert Randolph and the Family Band came to NPR to play and discuss their latest album of blues-rock-infused gospel music, We Walk This Road. Felix Contreras hide caption 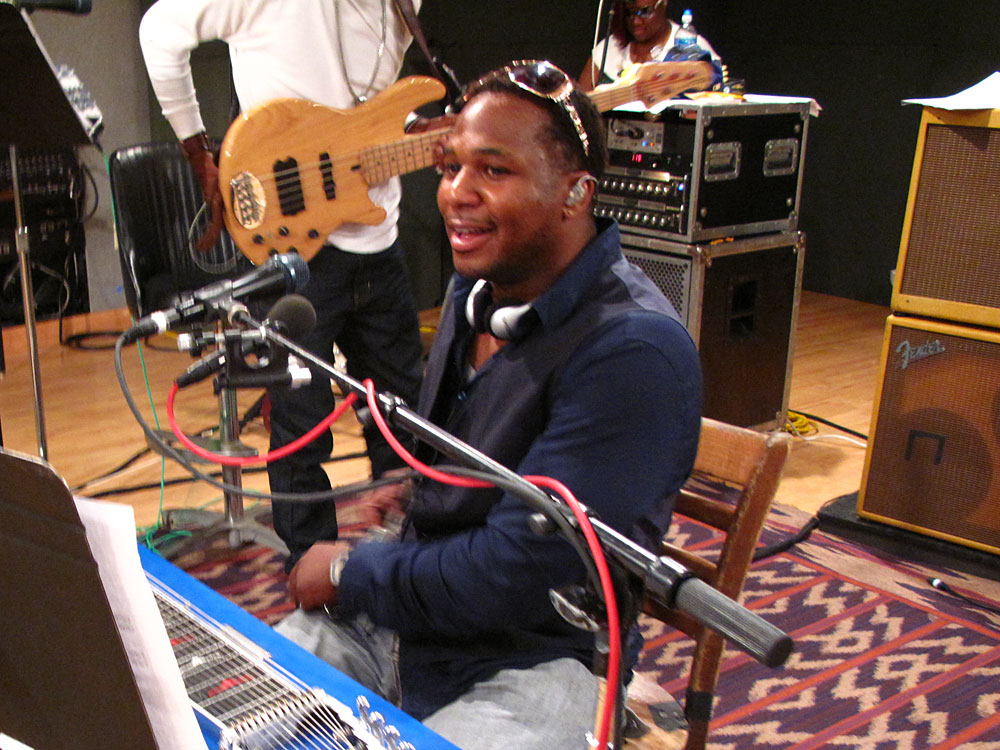 Robert Randolph and the Family Band came to NPR to play and discuss their latest album of blues-rock-infused gospel music, We Walk This Road.

"I Still Belong To Jesus"

Robert Randolph began playing his pedal steel guitar at House of God Church in Orange, N.J. But he and his Family Band quickly made a name for themselves with their amped-up blues-rock take on gospel. They sold out New York City venues soon after forming, and since 2001, they've released three studio albums. The latest, We Walk This Road, comes out Tuesday.

T-Bone Burnett, the award-winning musician and producer, helped the band develop its original pieces and put its own bluesy stamp on songs by legends such as Prince, John Lennon and Bob Dylan. In an interview with Weekend Edition Sunday's Liane Hansen, Randolph praises Burnett's expertise in music history -- a crucial asset when reviving early standards on his record.

The magnitude of classic R&B music was not lost on Randolph, who portrayed Bo Diddley in 2008's Who Do You Love?, a film about Chicago's Chess Records during the 1950s. Randolph says he was honored to play one of rock n' roll's greatest pioneers.

"It was another opportunity to get back and dive in to see how special those guys were, from Bo to Etta James," Randolph says.

Despite the Hollywood films and world tours, Randolph says he doesn't think success has changed his band.

"We're still the same folks," he says. "Our parents still yell at us."

Randolph's father, the deacon of House of God Church, made sure the family attended service every Sunday. Randolph says he's thankful for his father's spiritual guidance and support throughout his musical career. Among other things, he says, his father bought him his first lap steel guitar.