Accessibility links
Foreign Policy: Out of the Closet, Into The Chat Rooms Elisabeth Jay Friedman of Foreign Policy explains how the Internet has changed the lives of lesbians in Latin America. Facing an often hostile outside world, they can now forge links with each other, across vast distances or even within the same city, thanks to the Web.

Foreign Policy: Out of the Closet, Into The Chat Rooms

Foreign Policy: Out of the Closet, Into The Chat Rooms 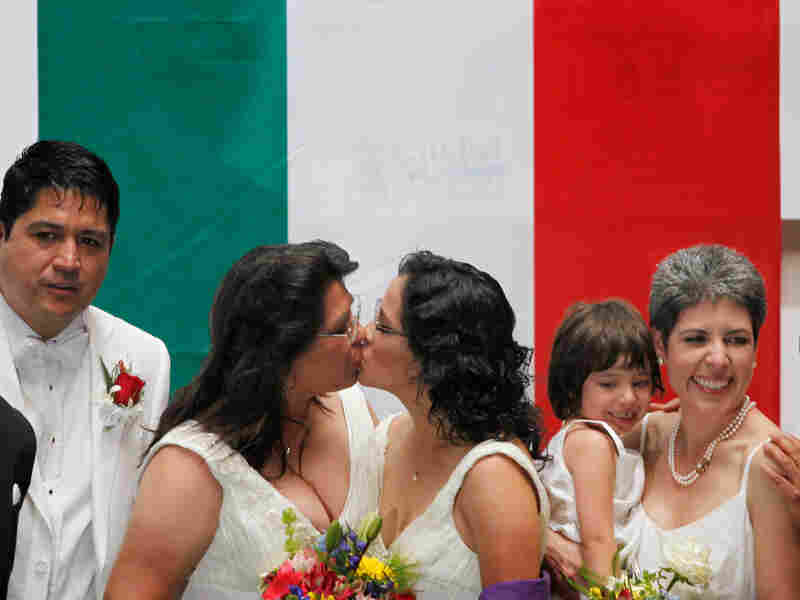 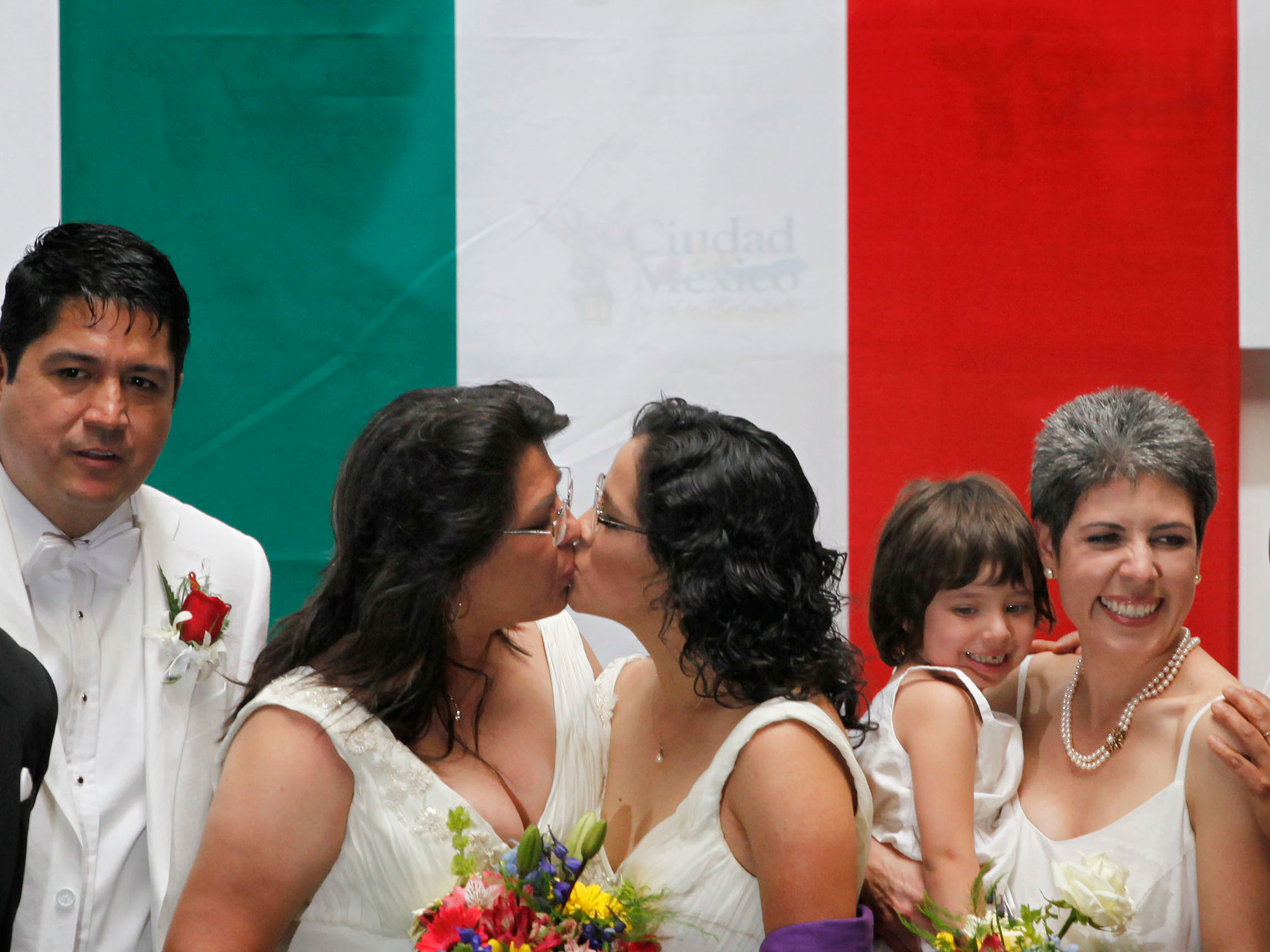 Despite its limitations, the Internet has helped Latin American lesbians become more visible and enhanced their community-building and activism.

The Internet has transformed many lives -- not least those of Latin America's lesbian communities. Thirty years ago, before Internet cafes and personal computers were common in Latin America, being a lesbian was an often isolating experience. Even today, social stigma and physical violence are far too common reactions to lesbian communities in the region. Strong Catholic social and religious roots, which reinforce the heterosexual family as the central "building block," make living openly difficult if not dangerous: Many women cannot rely on family or community support if they come out. Limited resources have resulted in the near impossibility of maintaining convening locales; local governments and external foundations are usually unwilling to sponsor lesbian groups; and women-oriented cafes and bars have trouble generating revenue.

Facing an often hostile outside world, lesbians in Latin America can now forge links with each other, across vast distances or even within the same city, with greater freedom to express themselves, thanks to the Internet. Online culture really took off in Latin America in the 1990s, as it did everywhere else. A generation has come of age using it since then, and urban feminists like Estelizabel Bezerra de Souza of Cunhã Feminist Collective in João Pessoa, Brazil, have begun calling it a utility -- "like water and electricity."

The Internet now reaches about a third of Latin America's population, and in Argentina, Chile, and Colombia, that figure rises to nearly half. Across the region, daunting obstacles persist for lesbian organizations, publications, and even everyday life. Online, however, these women have greater freedom to speak out loudly and proudly, creating space for expression and exchange. And speak out they have. As Mariana Pérez Ocaña, editor of the Mexican lesbian magazine and blog LeS[bian] VOICE (LeS VOZ), explained in an interview, "for us [the Internet] is magnificent, and we can put whatever we want. Nobody's going to censor us, to tell us what we can and can't put on it."

Today, online interaction mitigates social isolation, and the Web, being mostly free, cuts down on costs for organizing. The Internet has become a "virtual lifeline," allowing these groups more opportunities to flourish and permitting lesbians more opportunities to connect, express their ideas, broadcast news, and mobilize.

For proof, look no further than the numerous publications and sites that have emerged in recent years. Mexico's LeS[bian] VOICE has been the cyber counterpart (first as a website, now as a blog) of its print magazine for 10 years. Breaking the Silence (Rompiendo el Silencio) is an eight-year-old Chilean-based online lesbian magazine that publishes wide-ranging original articles and hosts discussion fora. For Portuguese-speaking Brazil, there's An Other Look (Um Outro Olhar), started in 2004. And that doesn't begin to enumerate the many blogs and Facebook pages establishing online organizations or enhancing the visibility of local groups. Lesbian activists attest to the importance of an arena nearly free of censorship.

It's also worth noting that many websites prominently feature personal ads; for women who may be afraid to come out where they live or do not have access to meeting places, social networking sites have become an indispensable space for meeting friends and partners.

The Internet has also become a vital tool for direct action. Activists can distribute information across vast distances, communicating with a wide range of allies in one fell swoop. Email has trimmed the costs once associated with expensive telephone, fax, and postal services. With the advent of Skype's free voice-over-Internet service, more savings and efficiencies are possible.

Continuing violence against lesbians, for example, can now be confronted using online tools. After the shocking murder of 27-year-old Natalia Gaitán, shot to death by her girlfriend's stepfather in Cordoba, Argentina, in March, the all-volunteer Information Network of Argentine Women (RIMA) quickly used its blog, Women on board (Mujeres a bordo), to publish details about the incident. Soon after, the blog posted details about how and where to publically protest. Another blog, from the Feminist Collective of the Furious (Colectiva Feminista Las Furiosas) used the website Photobucket to post pictures of their graffiti response, which read: "if together we yell 'Tortillera,' [a slang word for lesbian] silence and fear will end."

Still, the Internet cannot bridge all divides; in fact, the Web tends to mimic societies' pre-existing social divisions. Many women in rural areas, for example, lack the support to come out in their communities; the same is true with the Internet. Technically, anyone can start a blog, but many rural women face both logistical and literacy challenges in even going online. And as the most savvy of online activists confirm, the Web cannot replace the crucial face-to-face contact necessary for the sustained development of communities and movements.

Despite its limitations, the Internet has helped Latin American lesbians become more visible and enhanced their community-building and activism. As with other groups that experience societal rejection, they have built a cyberinfrastructure that, given their early adoption and keen utilization of Web 2.0 tools, will only become more developed and wide-reaching. The obstacles they face are still considerable, but online tools have given them a head start.

Long accustomed to living in societies that use law, mainstream media, and social opprobrium to deny their enjoyment of basic rights, Latin American lesbians have always had to rely on alternative ways of expressing and associating themselves. They have readily embraced life online.