Accessibility links
Miami's Seaquarium: No Oil Yet, But Worries Aplenty The Gulf oil spill is hundreds of miles away, but South Florida's marine-park home for dancing dolphins and killer whales is preparing for the worst. The Seaquarium draws its water from Biscayne Bay, and operators are readying alternate sources and oil/gas separators to protect their sea creatures. 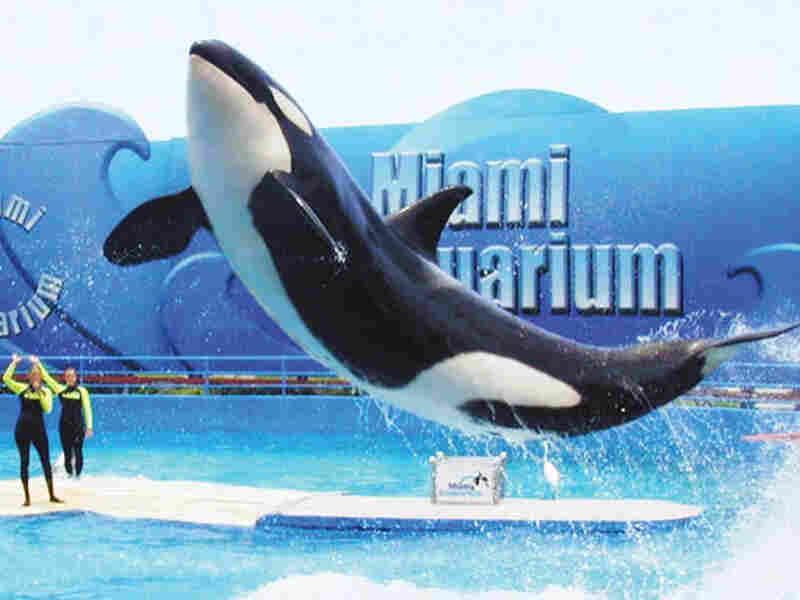 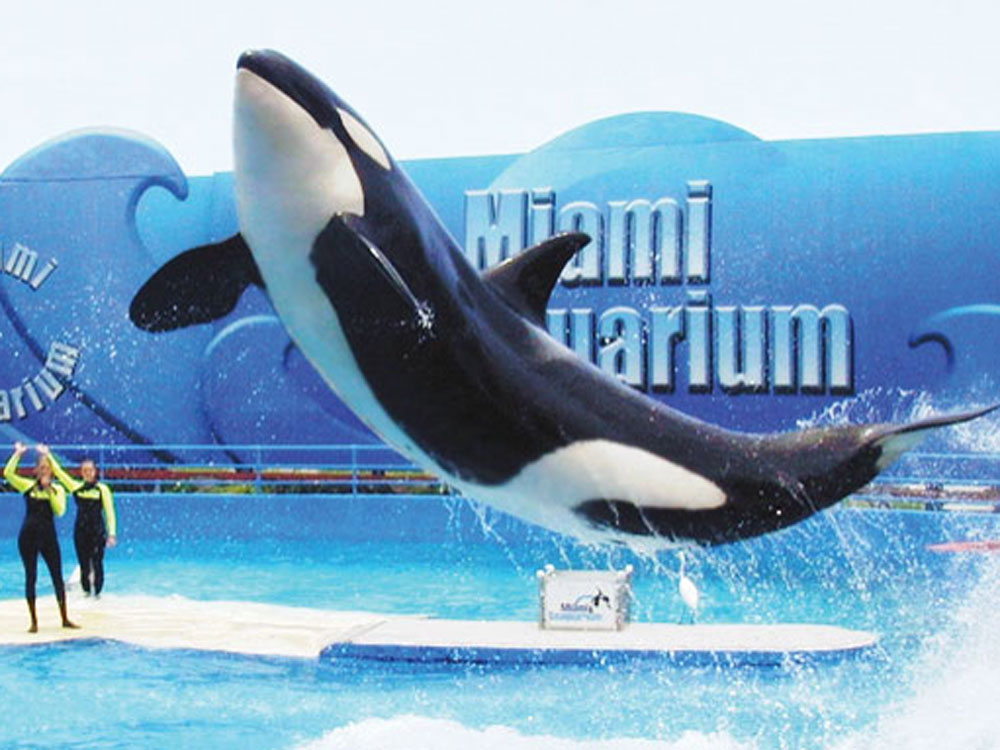 A killer whale reaches for the sky at the Miami Seaquarium.

The Gulf oil spill is hundreds of miles away, but the Seaquarium -- Miami's 55-year-old home to dancing dolphins and killer whales -- is preparing for the worst.

The Threat's Far Away -- For Now

Lately, concerns have diminished that the Gulf’s loop current could bring oil from the Deepwater Horizon spill around the Florida peninsula and into the Atlantic. The oil is in a circular eddy that so far has kept it in the Gulf.

But Seaquarium officials say a change in current or wind patterns -- or a hurricane -- could instantly change that -- polluting the water that the marine park’s 1,000 birds, mammals and fish depend on.

"I take in 10,000 gallons a minute, 24 hours a day," says Einar Gustafson, who is Seaquarium’s park services director and the man scrambling to develop a plan to safeguard the cleanliness of its seawater.

And none of them are cheap. A few years ago, Seaquarium invested $3 million on a new filtration system. Now it looks like the marine park will need millions more to ensure its water remains free of petrochemicals.

Hertz says the park’s most vulnerable animals are its fish -- and he points to the rays swimming in one of its outside tanks.

"We’ve got spotted eagle ray right here coming by and then we’ve got some Southern sting rays in here. And they look like fairly hardy animals. But these guys are reliant on the cleanliness of this water for their oxygen," he says.

And unless the water remains perfectly oil-free, they’ll suffer.

The Seaquarium is now working on a multimillion-dollar funding proposal that it plans to take to the state and eventually BP.

It’s those kind of unforeseen and far-flung expenses that will continue to bubble up in the months ahead and the seem likely to make the Deepwater Horizon the nation’s most expensive oil spill yet.