Accessibility links
A 'Blind Descent' Into The Deepest Caves On Earth Think of Mount Everest, and now think of it in reverse. That, in a nutshell, is a "supercave." In his new book, Blind Descent, author James Tabor pays tribute to the intrepid explorers who venture deep, deep underground. 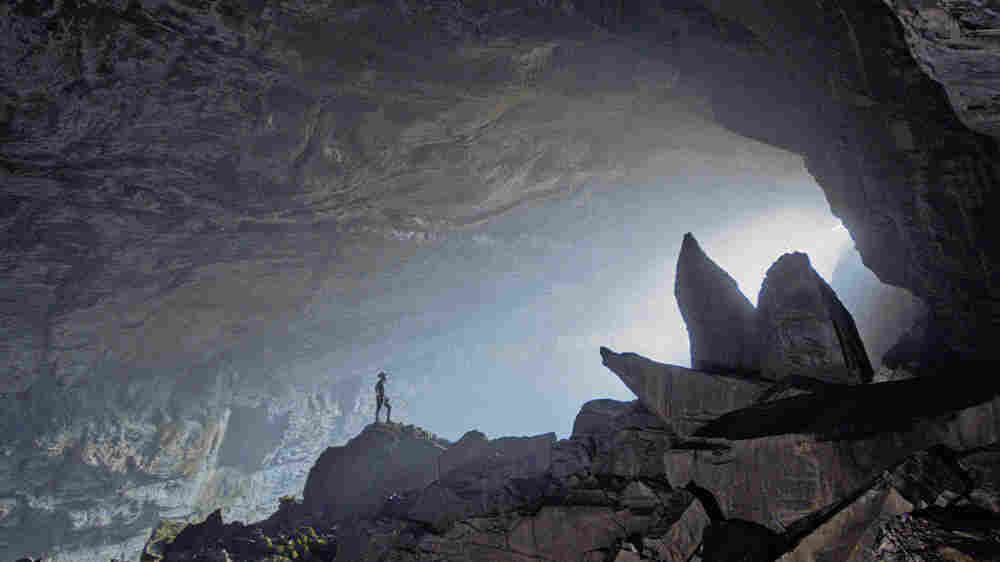 Explorer Bart Hogan stands at an entrance to the Cheve cave in Mexico. Author James M. Tabor writes about a 2004 expedition through the Cheve supercave in his new book Blind Descent. Frank Abbato hide caption 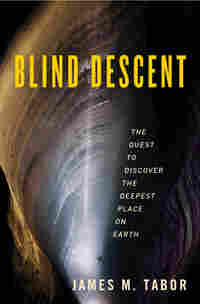 Edmund Hillary and Neil Armstrong are two explorers who have become household names -- but what about Bill Stone and Alexander Klimchouk? In 2004, both men attempted to find the deepest cave on Earth -- Stone explored southern Mexico's Cheve cave, and Klimchouk delved inside the freezing Krubera, a supercave in the Republic of Georgia. Author James Tabor has documented their intrepid search in his new book, Blind Descent, which he discusses with NPR's Guy Raz.

So what exactly is a "supercave"? Think of Mount Everest, and now picture it in reverse ... and that's your basic supercave.

Tabor says the great Georgian cave Krubera is 7,000 vertical feet deep -- somewhere along the size of seven Empire State buildings. Mexico's Cheve, which is shaped like a giant L, goes as deep as about 2,500 vertical feet on the vertical side and 5,000 feet deep on the horizontal side.

The cavers who explore supercaves have to be ready for just about anything -- including flooded tunnels called "sumps." When they encounter a sump, cavers can either stop or put on scuba gear and charge ahead.

Spaces inside the caves vary widely, Tabor says. "They can be very very tight -- near the diameter of your garbage can -- or they can be immense, like a New York subway tunnel."

Drowning, poisonous gas inhalation and electrocution are perils of journeying through a supercave. Tabor says there are more than 50 ways for a person to die during these explorations.

There's also a danger of developing an illness known as "the rapture" -- an extreme reaction to darkness and depth. Those who have suffered from it describe it as being similar to an anxiety attack while on methamphetamines.

"At some level, everyone's brain will start to say, 'I don't belong here. This is a very dangerous place.' It's an ancient primordial instinct and it just says, 'You have to get me out of here, right now,'" Tabor explains. "Luckily Bill Stone and Alexander Klimchouk -- most of their veteran team members did not have any rapture attacks." 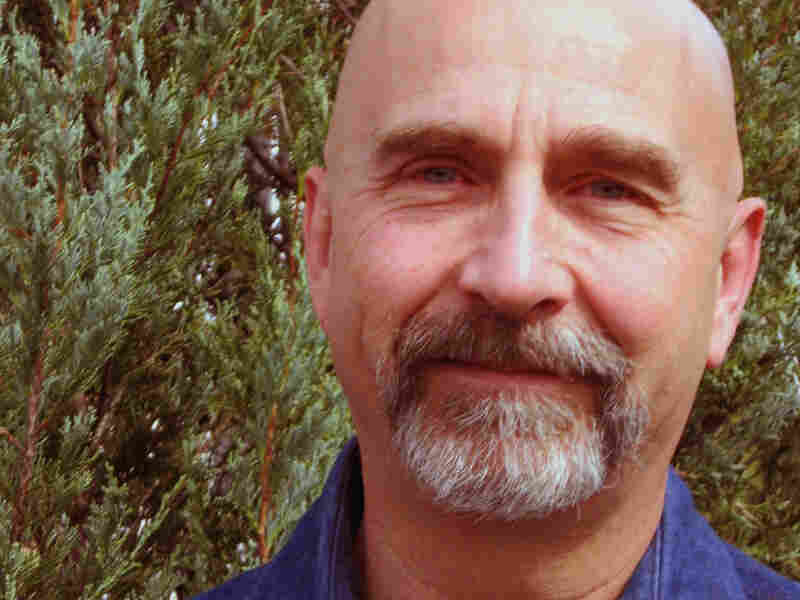 Author James M. Tabor was the writer and host of the PBS series The Great Outdoors. Stephen Butler hide caption 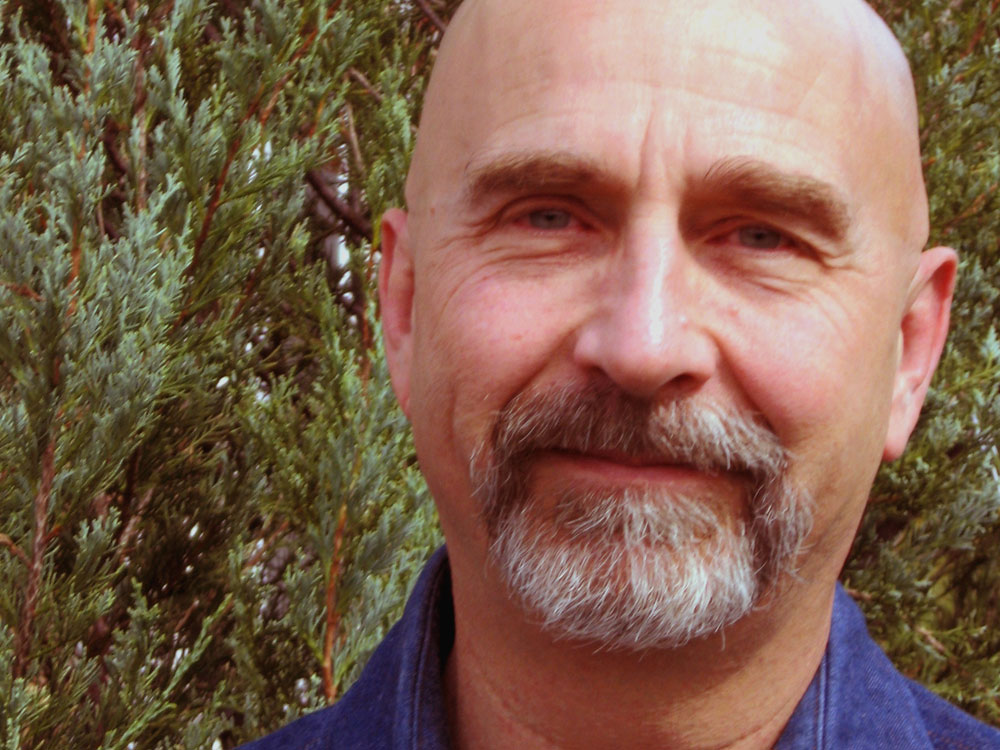 Author James M. Tabor was the writer and host of the PBS series The Great Outdoors.

Despite the dangers, supercave exploration can pay off; it's not just a chance to brag about being the first to reach the deepest point on earth. Scientists have found life forms called extremophiles, which are providing new families of antibiotics that seem to be effective against drug-resistant bacteria. And NASA is interested, too.

"NASA itself is fascinated by the stressors that attack these teams that are underground for a month or so," Tabor says. "They replicate better than any simulation could, the conditions that their Mars crews will encounter."

Tabor says that when you consider the dangerous risks and the technical demands that are required to make these discoveries, supercave explorers deserve the same recognition as mountain climbers or astronauts.

"I would absolutely put them in that category," Tabor says. "People need to know what these fellows did."

We have a fatality.

Bill Stone, half a mile deep and three miles from the entrance in a Mexican supercave called Cheve, did stop. Red and white plastic survey tape hung across the narrow passage that he had been ascending. The message, scrawled on notebook paper, was affixed to the tape at chest level, where it could not be missed. Afloat in the cave's absolute darkness, the white paper burned so brightly in the beam of Stone's headlamp that it almost hurt the eyes to see it. The time was shortly before midnight on Friday, March 1, 1991, though that made no particular difference -- it was always midnight in a cave.

Stone, a hard-driving man with a doctorate in structural engineering, stood six feet, four inches tall and weighed 200 hard-muscled pounds. He was one of the leaders (two veteran cavers, Matt Oliphant and Don Coons, were the others) of an expedition trying to make the last great terrestrial discovery by proving that Cheve (CHAY-vay) was the deepest cave on earth. He had brown hair, a long hatchet face, strong neck, intense blue eyes, and a prow of a nose angling out between them. Stone was not classically handsome, but it was a striking, unsubtle face you looked at twice, and women often did.

Not just now, though. Having been underground almost a week nonstop, he was gaunt, haggard, and hollow-eyed, his cheeks rough with scraggly beard, and he resembled somewhat the Jesus of popular imagination. A week underground was long, but not extremely so by supercaving standards, where stays of three weeks or more in the vast underground labyrinths were not unusual.

With three companions, he was halfway through the grueling, two-day climb back to the surface from the cave's deepest known point, something like 4,000 vertical feet and seven miles from the entrance. The note and tape had been strung just before the expedition's Camp 2, where four others were staying. They explained to Stone what had happened. At about 1:30 p.m. that day, a caver from Indiana named Chris Yeager, 25, had entered the cave with an older, more experienced man from New York, Peter Haberland. Yeager had been caving just two years, and going into Cheve was, for him, like a climber who had been only in small Vermont mountains suddenly tackling Everest. This is not a specious comparison. Experts affirm that exploring a supercave such as Cheve is like climbing Mt. Everest -- in reverse.

Not long after he arrived in camp, more experienced cavers nicknamed Yeager "The Kid." Seriously concerned about the younger man's safety, a veteran, elite cave explorer named Jim Smith sat Yeager down for what should have been a sobering, 30-minute lecture: don't go into the cave without a guide, carry only a light daypack at first, learn the route in segments, get "acclimatized" to the underground world before going in for a long stay. The warnings fell on deaf ears. Yeager started his first trip with a 55-pound pack, planning on a seven-day stay.

Yeager's problems began soon. Just three hours into the cave, he did not properly secure his rappel rack (a specialized metal device, resembling a big paper clip with transverse bars, purpose-built for sliding down long, wet ropes with heavy loads in caves) to his climbing harness. As a result, he dropped it. The rappel rack is a critical piece of extreme cave exploration equipment, probably second in importance only to lights. Without his, Yeager could not continue.

Yeager used his partner's rack to descend to the area where his had landed. Given that a rappel rack is about 18" long and Cheve Cave is almost unimaginably vast and complex, it was rather like looking for a needle in a thousand haystacks. Yeager was lucky indeed to find his rack, which allowed him to continue down with Haberland. They did not continue down for long, however, because they quickly got lost and could not relocate the main route for 45 minutes.

After seven hours, they arrived at the top of a cliff that had been named The 23 Meter Drop because it was exactly that, a 75-foot free drop from lip to pit that had to be rappelled before continuing. By supercaving standards, where free vertical drops hundreds of feet long were common, this was little more than a hop down. Haberland went first, completing an easy rappel without incident. At the bottom he detached his rack from the rope, then moved away to avoid any rocks Yeager might dislodge.

Above, Yeager was wearing standard descent equipment, which included a seat harness like those used by rock climbers. A locking carabiner (an aluminum loop, about the size of a pack of cigarettes, with a hinged "gate" on one side) connected the harness to his rappel rack, and the rappel rack connected him to the rope. The rope wove through the rack's bars, like a snake sliding over and under the rungs of a ladder, providing enough resistance for a heavily laden caver like Yeager to control the speed of his descent.

Before going further, Yeager had to transfer his rack from the rope he had been descending until then to a new one that would take him to the bottom of The 23 Meter Drop. He made the change successfully, leaned back to begin his rappel, and realized instantly that something was wrong. The rope did not stop his backward tilting motion. Instead, he kept going, like tipping over backward in a chair. Somehow his harness had become separated from the rappel rack, which was still attached to the rope.

Instinctively, he lunged to grab the rope and dangling rappel rack. Had he been carrying no pack, or even a light daypack, it's possible that he might have saved himself by holding onto the rope, or to the anchor bolted to the wall, or perhaps even setting up something called a body rappel. But that would have required almost superhuman strength and would have been extremely difficult even without any load. His 55-pound pack made any such self-arrest impossible, and in another instant he was dropping through space. He fell so quickly that he did not even have time to scream.

Falling rocks can shatter and ricochet like shrapnel; Peter Haberland had moved off and sheltered behind a boulder, so he did not see Yeager land. He only realized something was wrong when he heard a rush of air and the crunching impact of a long fall ending on solid rock. Praying that Yeager had dropped his pack, Haberland called out, but got no answer.

Haberland found Yeager within seconds, lying beside the bottom of the rope. He was in a pool of water three inches deep, on his right side, face partly in the water, arms and stretching forward, as if reaching for something. Yeager's right leg was broken, the foot rotated grotesquely 90 degrees so that while the body was on its side, the foot pointed up. He had no pulse or respiration, but Haberland turned his face slightly anyway, to keep mouth and nose clear of the water.

Haberland rushed down to the Cheve Expedition's Camp 2, a 20-minute descent, where he found two other cavers, Peter Bosted and James Brown. They left a note hanging from red and white survey tape and rushed back up to Yeager's position with a sleeping bag and first aid supplies. When they arrived, they found that some blood had run from his nose, but there were no other changes. All three attempted CPR without success. Chris Yeager was dead. 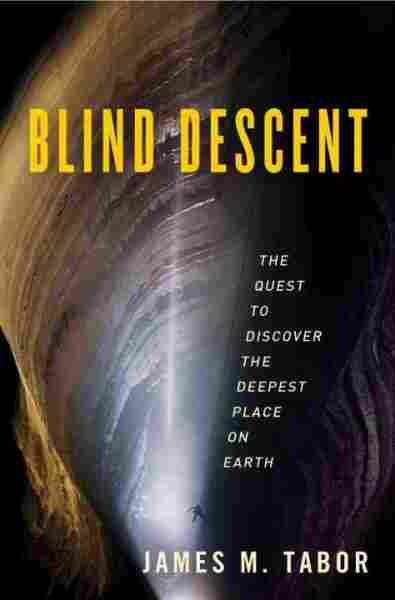 The Quest to Discover the Deepest Place on Earth