Accessibility links
Spill's $20B Man Will Feel Others' Pain, Follow Law To oversee the fund for damages from the Gulf oil spill, President Obama has turned to Kenneth Feinberg, a lawyer who has carved out an unusual and difficult role for himself in American life. Following major disasters, it has often fallen to Feinberg to clean up the legal and financial messes left behind.

Spill's $20B Man Will Feel Others' Pain, Follow Law

Spill's $20B Man Will Feel Others' Pain, Follow Law 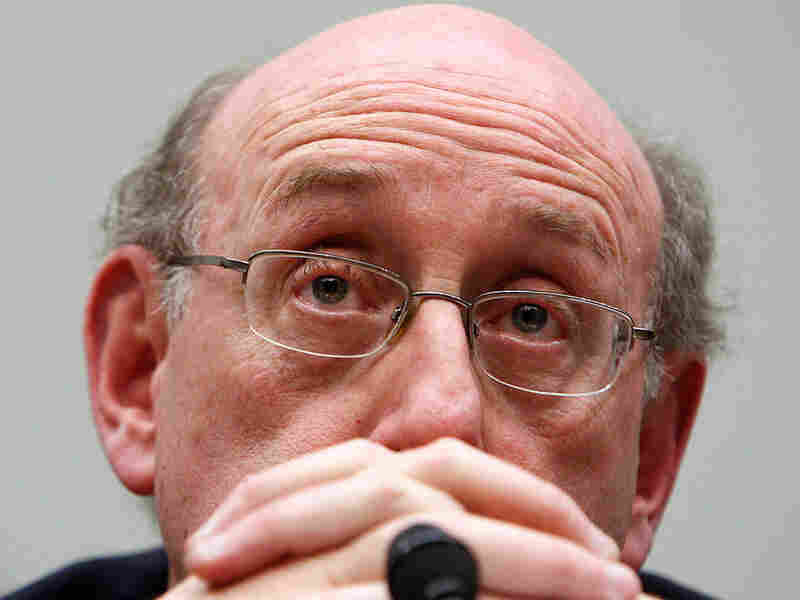 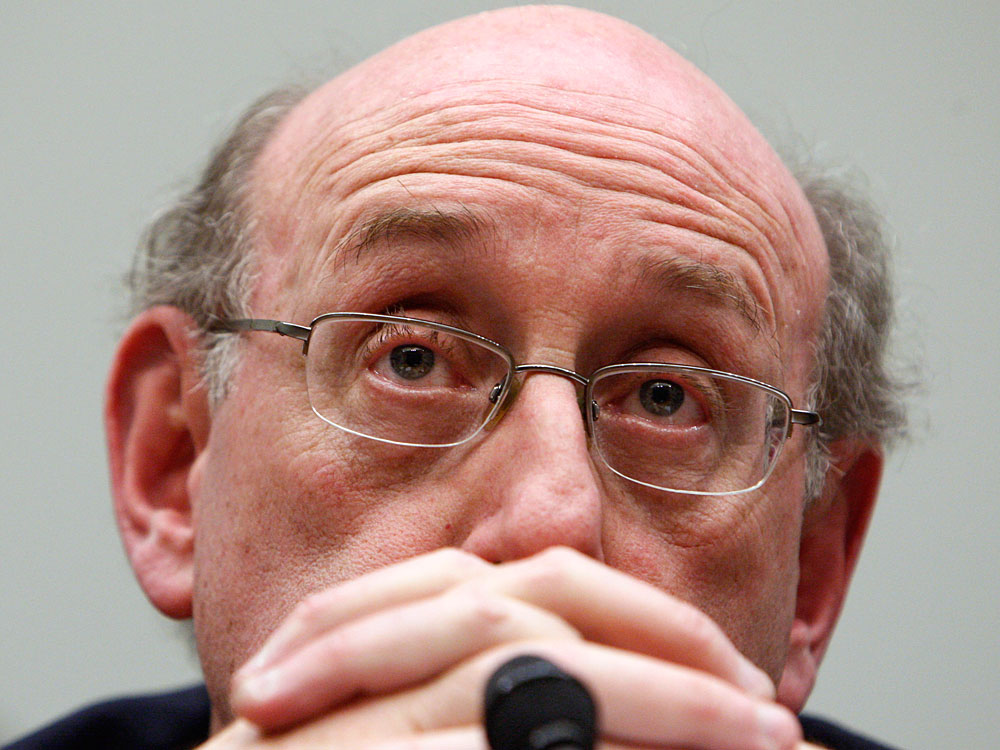 Kenneth Feinberg has emerged as perhaps the nation's top mediator.

Kenneth Feinberg has carved out an unusual and difficult role for himself in American life. Following major disasters, it often seems to fall to him to clean up the legal and financial messes left behind.

After President Obama extracted $20 billion from BP last week for an escrow fund that will be used to cover damages from the Gulf Coast oil spill, it was almost a given that he would turn to Feinberg as paymaster.

"The first thing I thought when I heard the president was thinking about a fund was to assume Ken was going to be part of this," says Deborah Greenspan, a Washington attorney who once worked for Feinberg.

Feinberg has emerged as perhaps the nation's top mediator, sorting out and determining the size of financial claims following a broad range of American horror stories -- from the Sept. 11 terrorist attacks and the 2007 Virginia Tech massacre to the use of the herbicide Agent Orange in Vietnam and the assassination of President John F. Kennedy.

Official: Some BP Claims Will Be Hard To Assess

"He has an extraordinary empathy for people and the ability to understand the dimensions of a problem and find a solution for it," says Alvin Hellerstein, a federal district judge who oversaw lawsuits brought by 9/11 victims against airlines and New York City.

Monday, as he made the rounds of the morning network TV news shows, Feinberg expressed some of that empathy he's become known for. Many people along the Gulf Coast, he said, are in "desperate financial straits" and need help now. "Do not underestimate the emotionalism and the frustration and the anger of people in the Gulf uncertain of their financial future," he said.

Too Much The Lawyer?

Feinberg's strength -- his ability to see the validity of opinions on both sides of an issue -- has led people involved in his cases occasionally to complain that he's too hard-headed and analytical. Too lawyerly, in other words.

He has an extraordinary empathy for people and the ability to understand the dimensions of a problem and find a solution for it.

"I don't think it's necessarily my willy-nilly discretion that will decide this," Feinberg told NPR's Melissa Block on Friday's All Things Considered, discussing his role in dispensing the BP funds. "I have to ground my decisions in some principled legal basis."

Feinberg, who is 64, is described by friends as empathetic, but he tries not to betray his emotions to victims of tragedy. He understands that his role is not to deliver consolation or even satisfaction in the wake of horrific events, but resolution.

"Neither side was completely happy," he wrote about the Agent Orange settlement in his 2005 memoir, What Is Life Worth? "which of course means it was a good settlement."

The Agent Orange case is what set up Feinberg's career as the go-to lawyer for settling thorny disputes. Thousands of cases brought by Vietnam War veterans claiming health problems caused by the dioxin had been winding their way slowly through the courts for six years, until they were wrapped into a single class action in 1984.

Jack Weinstein, the federal judge in that case, appointed Feinberg as special master in hopes that he could work out a deal between the veterans and the chemical companies they were suing. Within six weeks, Feinberg had gotten all involved to agree to a total settlement of $180 million, as well as formulas to determine how much each veteran would get and how much each company was liable for. 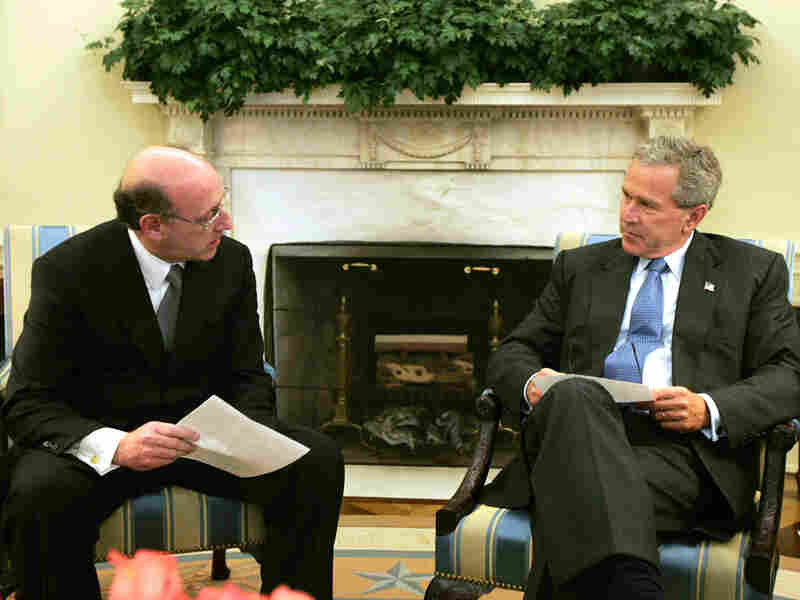 When Congress set up a compensation fund for victims and families immediately after the terrorist attacks of 2001, Feinberg lobbied to run it. Here, Feinberg meets with President George W. Bush in the Oval Office on June 15, 2004. Joyce Naltchayan/White House via Getty Images hide caption 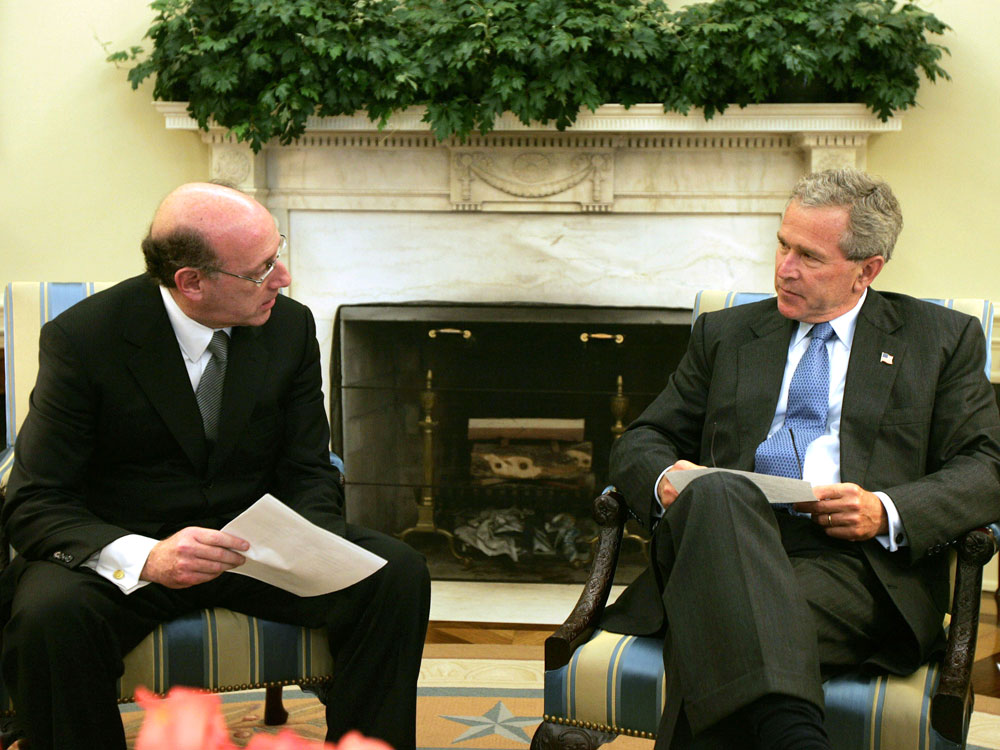 When Congress set up a compensation fund for victims and families immediately after the terrorist attacks of 2001, Feinberg lobbied to run it. Here, Feinberg meets with President George W. Bush in the Oval Office on June 15, 2004.

The settlement was front-page news across the country and altered the course of Feinberg's career. He became a "settlement guru," as he once said, negotiating an end to complex cases involving asbestos, breast implants and more. Most of his work involved mass injury claims against corporations, but he was also part of the arbitration team that determined the value of the famous Zapruder film that captured images of President Kennedy as his assassin's bullets struck on Nov. 22, 1963.

Lobbying For A Role

When Congress set up a compensation fund for victims and families immediately after the terrorist attacks of 2001, Feinberg lobbied to run it. He reached out to Chuck Hagel, then a Republican senator from Nebraska, whom he had gotten to know as a Veterans Administration official during the Agent Orange case.

Feinberg saw the victims fund as the natural culmination and test of all he had learned as a mediator. But he was not an obvious candidate in one important way. Prior to his days in private practice, Feinberg served as counsel and chief of staff to Sen. Edward Kennedy, the Democratic lion from his home state of Massachusetts.

As a Kennedy staffer, Feinberg had helped draft the Foreign Intelligence Surveillance Act, or FISA, which set up a secret federal court and warrant procedure for domestic intelligence gathering -- a law the Bush administration would chafe against and which would eventually be amended.

But Hagel opened the right doors within the Republican administration, where Feinberg's partisan affiliation came to be seen as a plus. "The last thing you want is a buddy of the president's in that job," Hagel said at the time.

Putting A Value On Lost Lives

This I Believe: Kenneth Feinberg

Read Feinberg's essay for the "This I Believe" radio series.

Feinberg spent the next 32 months listening day after day to the stories of those who had lost family members in the Sept. 11 attacks. Working without pay, Feinberg listened to 1,000 or so such stories, never delegating the task.

He took a lot of abuse, both in person and through the media, for trying to come up with a matrix to determine how much to compensate people for lost loved ones based on their ages, family situations and earnings potential.

"People didn't know who to be angry at, so they were angry at Ken," recalls Greenspan, his former law partner. "He was the only face they were able to see, so they yelled at him. That's something we dealt with for the first couple of years of the fund."

In time, though, Feinberg was able to convince most of the people involved that they'd be better off accepting the government funds than pursuing lawsuits. Ninety-seven percent of the families who were eligible ended up taking his advice, as did nearly 2,700 people who had suffered injuries.

All told, Feinberg was responsible for paying out $7 billion. He was asked to play a similar role after the Virginia Tech massacre and also served as Obama's "pay czar," resetting executive compensation for large firms that had accepted government bailout funds through the Troubled Asset Relief Program.

Feinberg continues to work for private clients, including corporations and financial services companies. He's also working with the American Federation of Teachers to design a more efficient process for handling allegations of teacher misconduct.

Feinberg has played a role in other controversial cases, including Hurricane Katrina and the Roman Catholic Church's sex abuse scandal. Professionally, he never seems to get flustered. But keeping his equilibrium intact amid so much suffering has been, by his own admission, difficult at times.

He calls himself a fatalist and said in a 2002 interview with The New Yorker that he was having trouble sleeping after meeting with the Sept. 11 victims' families. "When I'm getting depressed, my wife calls it 'the mood,' " he said. "She takes the kids out."

Feinberg is a great music lover. His house contains a sound room where he keeps thousands of classical-music CDs, and he attends several concerts a week. Feinberg is the president of the Washington National Opera.

In addition to friends, family and music, Feinberg takes comfort from religion. In fact, suggests a friend, Jewish thought may play a role in his ability to find compromises that work around the contradictory positions taken by legal antagonists he has to referee.

"It's a key to any effective mediator's task, getting people from the binary logjam that they're in, where they can't even imagine a third possibility or a fourth possibility," says Rabbi William Hamilton, a Feinberg friend and spiritual adviser.

"In the Jewish tradition, this is as natural as the air we breathe, to recognize that there are many potential possibilities."

Weinstein offers up a more prosaic explanation for Feinberg's success. "He has a comprehensive understanding of the law, politics and the way individuals and large organizations think and act," he says. "He has a pragmatic understanding of risks, costs and benefits, in addition to an ability to be highly persuasive."