Accessibility links
Eminem Confronts His Inner Demons In 'Recovery' Throughout his career, the rapper's controversial work has attracted both criticism and accolades. He's won 11 Grammys and an Academy Award, and holds the record for the fastest-selling solo album in history. On his latest release Recovery, Eminem speaks candidly about his struggle with drug addiction and his newfound sobriety. 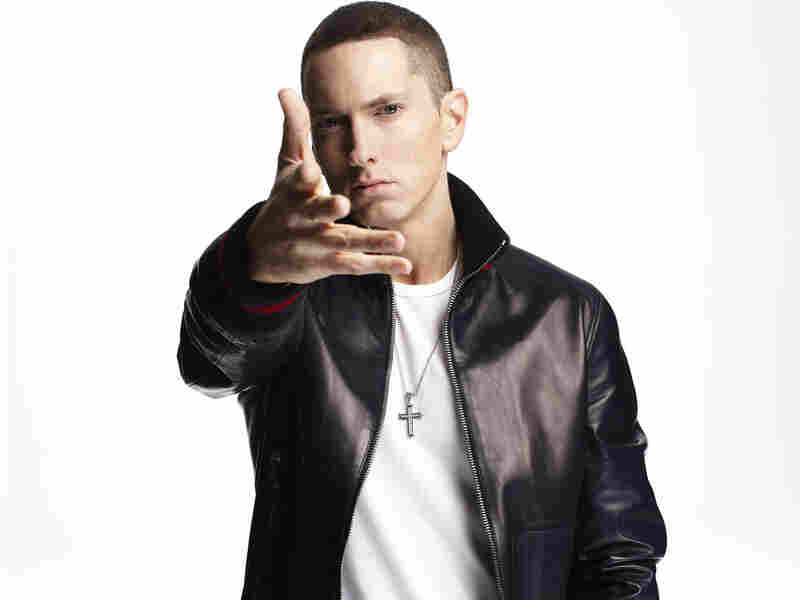 In Recovery, Eminem opens up about his struggles with addiction and his newfound sobriety. Courtesy of artist hide caption 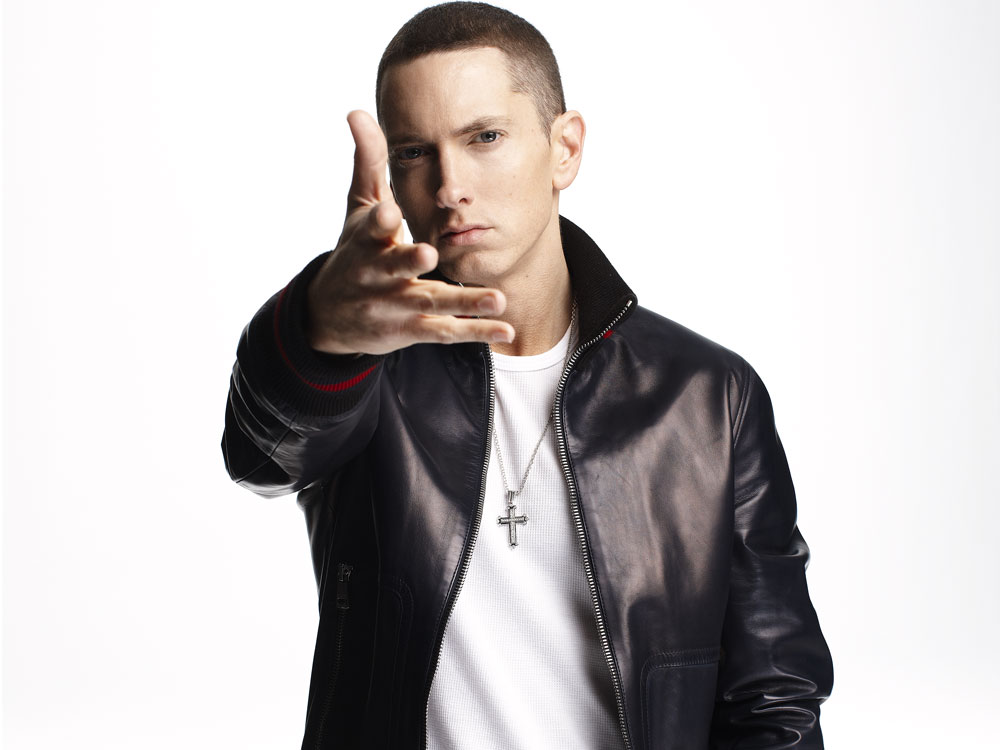 In Recovery, Eminem opens up about his struggles with addiction and his newfound sobriety.

This song contains explicit language not suitable for all ages.

His name is Marshall Mathers, but he's better known as hip-hop musician Eminem. Throughout his career, Eminem's controversial work has attracted both criticism and accolades. He's won 11 Grammys and an Academy Award, and holds the record for the fastest-selling solo album in history. His new record is called Recovery, and it tells the story of a man coming to terms with his inner demons.

In an interview with Weekend All Things Considered host Guy Raz, Eminem says he struggled with addiction throughout his career. His drug habit intensified in recent years and even led to an overdose in December 2007.

"I don't think I actually realized the totality of what had happened," he says, "so after I got out of the hospital ... when I got home, I went right back to using again."

Despite going back to drugs, the rapper says he was scared.

"I was in a really dark place. I felt like it was over for me ... professionally," Eminem says. "I felt like I had a really bad case of writer's block. ... Music is so therapeutic for me that if I can't get it out, I start feeling bad about myself -- a lot of self-loathing. I was in active addiction. I knew I couldn't control it anymore."

Eminem has been sober for just over two years. He released an album called Relapse in 2009, but says it didn't reflect his new life of sobriety.

"I felt like I did a lot of growing up, and I don't really feel like the last album really reflected where I was at mentally," he says.

From 'Relapse' To 'Recovery'

His latest release, Recovery, is being praised as one of his best yet. It's also one of his most personal and most honest.

"When I first recorded the record and dumped it all out, it was a little difficult to listen back to," he says. "You know, it just reminds me of how I was feeling and why I would never want to go back to that place."

Even so, Eminem says that talking about his struggles -- in songs like "Going Through Changes" -- has been empowering. He says he's turned the weaknesses he discussed on the album into strengths.

His lyrics have drawn comparisons to the work of great poets, but the rapper, while flattered, says it's strange for him to hear.

"It's just hip-hop to me," he says. "There are a lot of rappers who have complicated rhyme schemes that are out today, that have been out over the years."

"If two people care about each other or love each other, they should have the right to be equally miserable," he says. "I mean, why not? It's 2010."

Still, he says, not everyone is going to like what he says.

"I think throughout my career, I've said enough to piss enough people off. But ... I've kind of always said it ... if you didn't let me get to you so much, you would take away all my ammo," he says. "Throughout my career, I fed off the fuel of people not being able to understand me."