Accessibility links
The Nation: The Kids Are Just Fine Emily Douglas of The Nation looks at two conflicting studies concerning children of donor conception. There's no way for the studies to be reconciled, nor should there be.

The Nation: The Kids Are Just Fine

The Nation: The Kids Are Just Fine 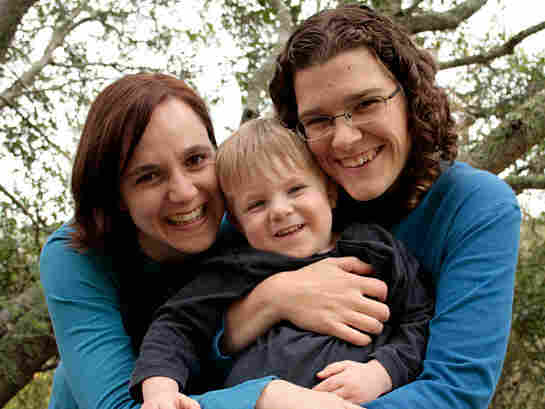 Recently, two conflicting studies concerning children of donor conception were released. There's no way for the studies to be reconciled, nor should there be. iStockphoto.com hide caption 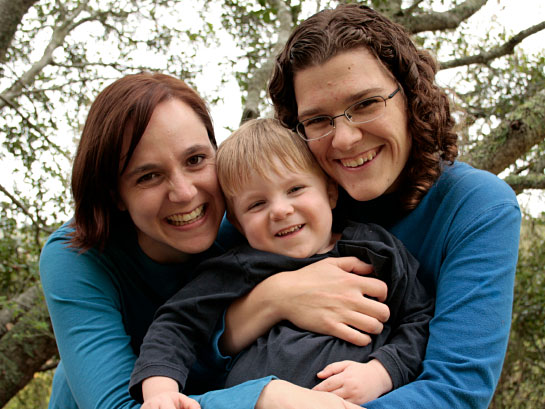 Recently, two conflicting studies concerning children of donor conception were released. There's no way for the studies to be reconciled, nor should there be.

Are children who grow up in families headed by lesbian couples not only psychologically on par with, but in fact less anxious and depressed, less aggressive and doing better in school than their counterparts in straight families? (Gawker's take: "The Secret to Having the Perfect Child: Be a Lesbian.")

Or are lesbians' kids set up for a lifetime of therapy by the fact that they don't know who supplied half of their genetic material?

Last week, the journal Pediatrics published the first longitudinal study of children conceived by donor insemination in planned lesbian families (that is, not raised by a lesbian couple after a straight marriage broke up). Researcher Nanette Gartell has been studying seventy-eight kids of lesbian couples since 1986; the children were conceived with by known, not-yet-known and permanently unknown donors, and include a families whose mothers stayed together and whose mothers separated (56 percent). Gantrell's findings are conclusive: "the 17-year-old daughters and sons of lesbian mothers were rated significantly higher in social, school/academic, and total competence and significantly lower in social problems, rule-breaking, aggressive, and externalizing problem behavior than their age-matched counterparts." She chalks up some of better social adjustment to the disciplinary styles employed by mothers in the study: they used "verbal limit-setting" to discipline, and were less likely to use corporal punishment and "power assertion" than heterosexual fathers. And among the couples that split, 71 percent shared custody, a much higher percentage than among divorced straight couples.

Just a few days later, Slate's Double X blog produced this gem: "The Sperm Donor Kids Are Not Really All Right." Researchers Karen Clark and Elizabeth Marquardt, authors of a new study called "My Daddy's Name Is Donor" and of the piece itself, wrung their hands over a host of purported emotional harms done to kids who are conceived through donor insemination. They sprinkle statistics -- " donor offspring are more likely than the adopted to have struggled with addiction and delinquency and, similar to the adopted, a significant number have confronted depression or other mental illness" -- with laments from donor-conceived adults: "My existence owed almost nothing to the serendipitous nature of normal human reproduction, where babies are the natural progression of mutually fulfilling adult relationships, but rather represented a verbal contract, a financial transaction and a cold, clinical harnessing of medical technology," British author Christine Whipp told them. Clark and Marquardt dramatically conclude that donor-conceived children "have, like everyone else, a biological father and mother, two people whose very beings are found in the child's own body and seen in his or her own image reflected in the mirror." How could this possibly square with Gantrell's research?

The Marquardt/Clark study features almost eighty pages of cherry-picked statistics and anecdotes before presenting the unqualified data, but once it does, even the leading study questions ("It bothers me that money was exchanged to conceive me" and "When I see friends with their biological mothers and fathers, it makes me sad") often result in only half the respondents -- often more than half -- somewhat or strongly disagreeing. Only 8 percent feel like a "freak of nature" or a "lab experiment" and 26 percent feel "special." Julie Shapiro, a family law professor at the Seattle University School of Law, offers some thoughts about how social stigmatization, not intra-family dysfunction, can contribute to the self-concept of the respondents who report negative feelings about their identity.

But in the bigger picture, there's no way the two studies can be reconciled -- or should be. Looking at the origin story for Clark and Marquardt's research offers clues as to why. "My Daddy's Name Is Donor" wasn't published in an academic journal -- it was funded and self-published by the Institute for American Values. (Pediatrics, which published the "US Longitudinal Lesbian Family Study," is the journal of the American Academy of Pediatrics.) Key figures at the Institute for American Values include Maggie Gallagher and David Blankenhorn; Blankenhorn, who founded IAV, testified for the defense in Perry v. Schwartzenegger, the California case putting the anti-gay Proposition 8 on trial, while Gallagher's National Organization for Marriage was a key organization fighting for the voter repeal of California's expansion of marriage rights to same-sex couples. In his testimony, Blankenhorn even admitted that marriage would be good for families headed by same-sex couples -- for the 270,313 kids in those families -- but argued that they still shouldn't have access to it.

In other words, the leadership of the organization that funded "My Daddy's Name" makes a living fighting against marriage rights for same-sex couples, even though they acknowledge those right would benefit those couples' kids. Should research they fund on non-traditional families be trusted to accurately speak to the emotional well-being children raised by those families?

When the Pediatrics study appeared, family law professor Nancy Polikoff bemoaned the fact that empirical research showing that gay couples raise children as well or better than straight couples do probably won't change anyone's mind about the legitimacy and equality of gay families. But unfortunately, bunk research like the Clark-Marquardt study isn't inconsequential. Ross Douthat's approving column on the study isn't the worst of it: antigay organizations regularly cite studies by right-wing think tanks in their amicus briefs; what's cited in amicus briefs ends up in court decisions. Let's hope Gantrell and other researchers who study same-sex families don't stop now. Peer-reviewed research may not win hearts and minds, but it can convince heads -- and sometimes hearts can follow.