Accessibility links
Blunt Counts On Experience In Missouri Senate Race Missouri Rep. Roy Blunt is a conservative Washington insider. But the Republican, who is the overwhelming favorite to win his party's nomination to replace Sen. Kit Bond, isn't downplaying his political record, even in a year that's been hard on establishment candidates. 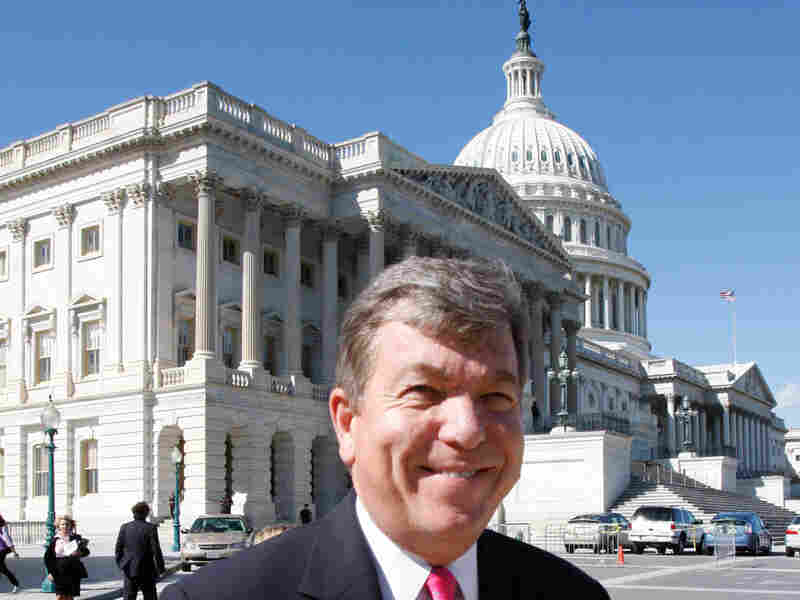 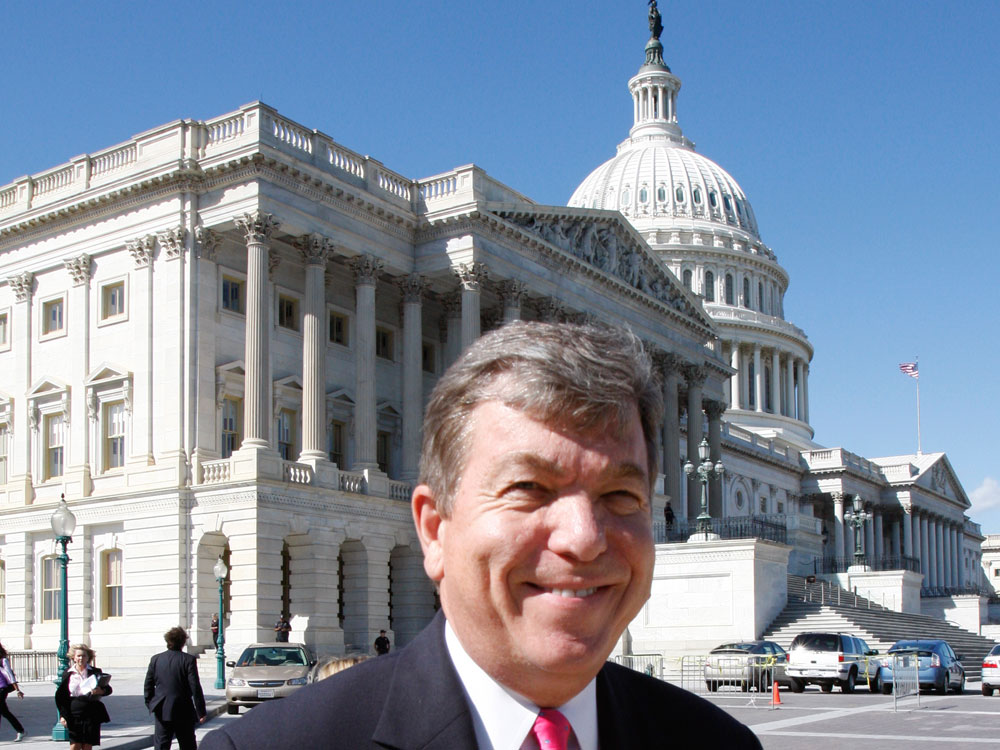 Every two years, Missouri keeps political watchers up late on Election Day with a Senate race or presidential contest that goes down to the wire. This year promises to be no different.

Republican Kit Bond is retiring, and the two candidates running neck-and-neck in the race to replace him are Democrat Robin Carnahan, Missouri's secretary of state and part of one of the state's most famous political families, and seven-term GOP Rep. Roy Blunt.

Blunt is a conservative Washington insider. He campaigns effectively -- and exhaustively.

"This is my 494th Missouri event in this Senate campaign," he told the state convention of the Veterans of Foreign Wars in Columbia, Mo., last week.

More On The Missouri Senate Race

On Tuesday's All Things Considered, Robert Siegel checked in with Robin Carnahan, the leading Democrat in the race to replace retiring Sen. Kit Bond.

Carnahan Plays Up Her Missouri Roots In Senate Race June 22, 2010

Jeff Roe, a Republican campaign consultant based in Kansas City, tells NPR's Robert Siegel that Blunt is a pro.

"He has absolutely put this race on his back. He has put this race in play, person by person, parade by parade, boardroom by boardroom," Roe says. "I mean, he is frankly just a machine politically."

As for his insider status, it's not just that Blunt has served in the House for 14 years. He is the former House Republican whip. For a short time, he was acting majority leader. What's more, his wife is a Washington lobbyist. Back home in Missouri, two of his children are lobbyists, and his son is a former governor.

"He carries the baggage of having been part of the Bush years. And he is -- he is Washington," says Steve Glorioso, a Kansas City Democratic political consultant. "I mean, he's married to a lobbyist -- he left his wife of many years to marry this Washington lobbyist -- so I think ... he has all the inherent problems of incumbents that you have seen around the country."

And as a member of the House Republican leadership, Blunt helped rally support for what many Republicans consider the single worst piece of legislation of its time: the big bank bailout.

On his campaign bus in Columbia, Mo., last week, Blunt said the part of the Troubled Asset Relief Program that he voted for has "almost all been paid back now -- with interest."

"That was a short-term investment in the economy," he said. "The worst thing about that is it's been reported as somehow justification for this president's incredible deficits. It's not a deficit if the money is mostly all back within 18 months."

When asked about being an insider in a year when people seem to have had it with incumbents, Blunt touts his party affiliation.

"I think it's pretty clear, the last three years, that there's a big difference in the two parties. There's a big difference in what the parties are trying to accomplish," Blunt said. "Certainly, the things we talked about today with the Veterans of Foreign Wars are things I did accomplish as a legislator, but there are lots of other things I did too, like always support the lowest possible level of spending."

Blunt's campaign is well-funded -- as his campaigns typically are. Over the past decade, he's received more than a half-million dollars from the oil and gas industries, according to the website OpenSecrets. Democrats make much of the ample contributions he's received from Washington lobbyists.

He is far ahead in polls of a crowded GOP field headed for the state's Aug. 3 primary. If anyone comes close to a Tea Party approach in Missouri, it is Republican state Sen. Chuck Purgason, who was also at the VFW convention in Columbia.

But Purgason's biggest splash so far was when he publicized his 50th-birthday resolution to part with something that had been near and dear to him: his hairpiece.

"It's kind of ironic that that's what gets the press," Purgason said. He explains his move this way: "I think it's important that people want transparency."

It seems unlikely that Purgason, even in his transparent, topless condition, can deprive Blunt of the Republican nomination for Senate.

Blunt campaigns on his experience -- and he's talking about security and counterterrorism, issues you can only master through experience in Washington.

"People are clearly concerned that we’re not taking our enemies seriously, that we are in some level of denial about the threats we face as a country," Blunt said.

"There are 22 members on the House Intelligence Committee -- I'm one of them. I can tell you those threats are real, and we need to be concerned about them. And those threats are all, most all, from one likely source -- and that's the extremist element in Islam."

Blunt says he thinks the current administration is soft on the terrorist threat. "The president is very committed to be a citizen of the world. We need to be sure the president is also very focused on being the leader of the United States of America."

When it comes to the Republican primary, Blunt says he's in good shape -- and he points to a campaign contribution from Sarah Palin, whose endorsement Purgason hopes for.

"She's obviously an important figure in American politics today and everybody would like to have her help," Blunt says.

Blunt says he doesn't see the Tea Party movement as antagonistic to him as a longtime lawmaker.

Carnahan Plays Up Her Missouri Roots In Senate Race June 22, 2010