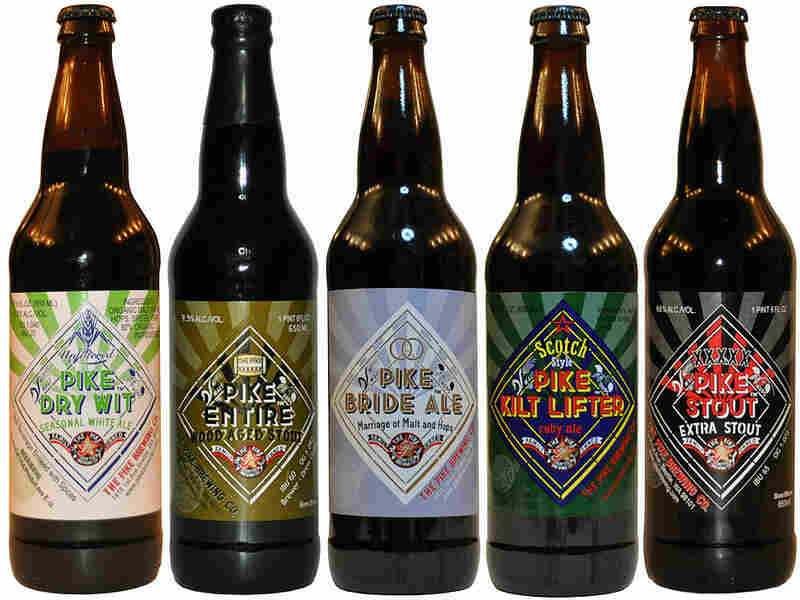 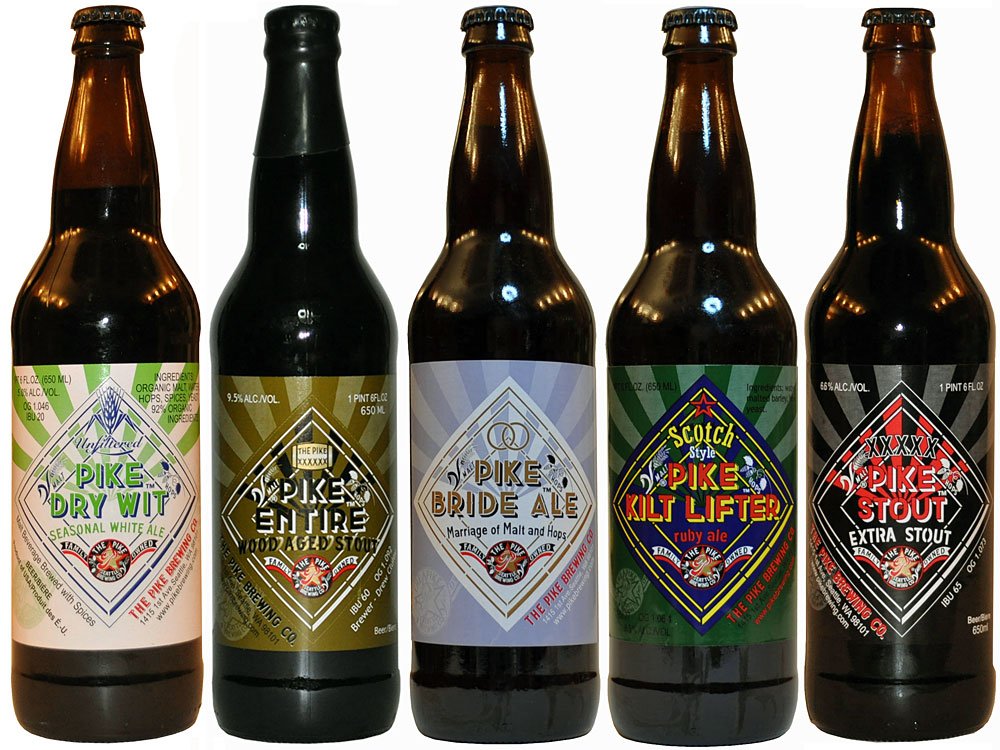 Overall beer consumption is down in the U.S., but sales of craft beers, like those from The Pike Brewing Co., were up some 7 percent in 2009.

Courtesy of The Pike Brewing Co.

Americans drink a lot of beer during the summer.

But beer drinking habits are changing. People are drinking less and drinking differently. Sales of some of the big-name brands are down, and the major brewers are fighting back with big marketing campaigns.

At The Spot Off Main in Bellevue, Wash. -- a neighborhood place for billiards and beer -- the No. 1 selling U.S. brand, Bud Light, is on tap. But assistant manager John Stevens says his bartenders are pouring less of it than they used to. "Everyone's budget went down. That includes their entertainment dollars when they go out to drink in bars," he says.

A lot of young men -- some of beer's biggest fans -- have lost their jobs in the down economy. And some are skipping bars altogether in favor of drinking at home. But those sales, at least of the premium and high-profit brands, are also down.

Last year, the Beer Institute reported that overall beer consumption was down by about 2 percent. So far this year, it's down even more.

Julian Green, of MillerCoors, the nation's second-largest brewer, says his company is doing what it can to keep the beer money flowing its way. "It's important for us to continue to innovate and try to create new news in the marketplace," Green says.

The company is rolling out a new brand called Batch 19, but most of the innovation focuses on packaging and ads. New packaging is a relatively low-cost way for a company to show it's doing something new, and it might generate short-term buzz.

Everyone's budget went down. That includes their entertainment dollars when they go out to drink in bars.

John Stevens, assistant manager at The Spot Off Main in Bellevue, Wash.

But Harry Balzer of the NPD Group market research firm suggests it may not be enough to boost sales over time. "The only benefit you provide me is novelty," Balzer says of new packaging. "And the problem with novelty -- in the end -- is that once I try it, it's no longer new. It's old."

A Spike In Craft Beers

The one bright spot in the domestic beer market is craft beer produced by small independent microbreweries -- names like Boston Brewing, Sierra Nevada and The Pike Brewing Co.

Craft beers are just a tiny piece of the overall beer market, but at a time when overall consumption has fallen, craft beer sales have risen. Sales were up about 7 percent last year -- and appear to be doing as well or better this year.

The owner of Pike Brewing Co., Charles Finkel, oversees every detail of production at his microbrewery. He's been in the craft beer business for decades, and he dismisses the innovations being trumpeted by the major brands. "It has nothing to do with what is the raw material, where does the barley come from, what hops do they use, and how much hops do they use," Finkel says.

Back at The Spot Off Main, Stevens says more drinkers are choosing craft beers even though they cost more per ounce. "Everyone's palate has gotten better," Stevens says. "Plus they're higher alcohol content, so people get a buzz on them quicker. And I think that's part of it, too."