Accessibility links
The Nation: The New Class War On Public Workers Amy Traub of The Nation looks at the class war against public workers. The attack on government employees has acquired new potency during a time of economic suffering, but has little basis in reality.

The Nation: The New Class War On Public Workers

The Nation: The New Class War On Public Workers 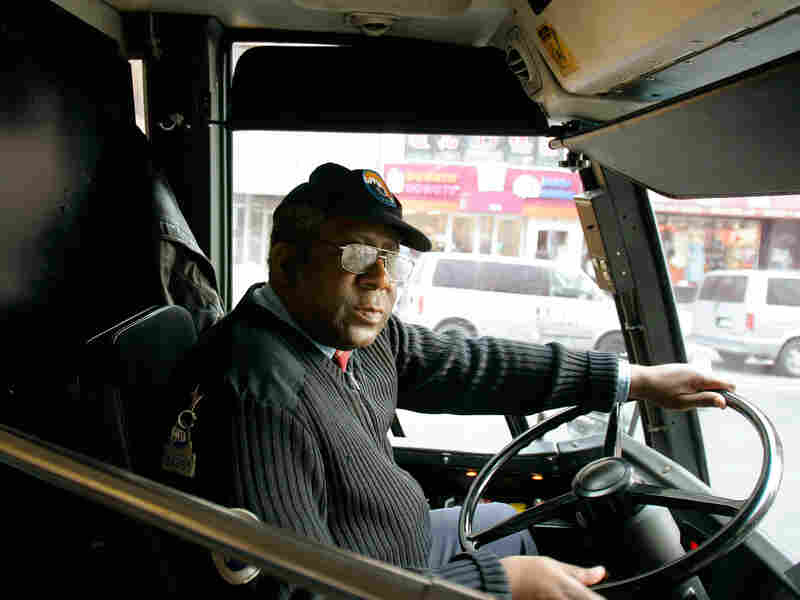 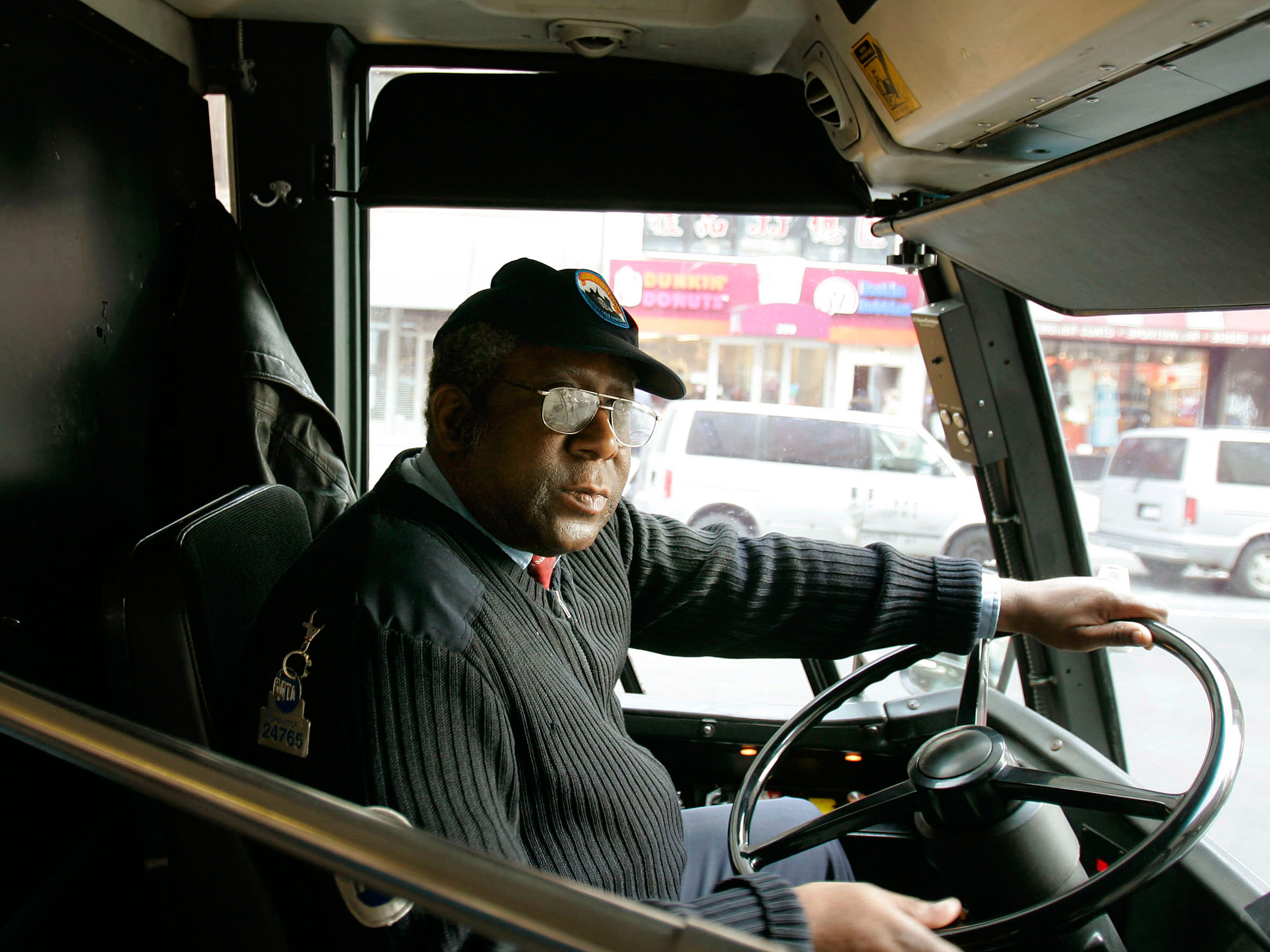 The Manhattan Institute's Nicole Gelinas argues cutting pensions for transit employees is an act of social justice because it might spare minimum-wage workers higher fares.

Conservatives have declared a new class war, but it's not on bankers earning seven-figure bonuses. Instead, as Indiana Governor Mitch Daniels told Politico recently, the "new privileged class in America" is government employees, who "are better paid than the people who pay their salaries." We have to escape "public sector unions' stranglehold on state and local governments," agreed Mort Zuckerman, billionaire editor of U.S. News & World Report, "or it will crush us." Meanwhile, the Wall Street Journal's Paul Gigot ominously predicts "a showdown looming across the country between taxpayers and public employee unions over pay and pensions," while the Heritage Foundation warns that "the more the government taxes, the more it can pay its unionized workers."

For another point of view on public-sector unions read why the editors of National Review believe the Public Safety Employer-Employee Cooperation Act is bad policy.

This decades-old assault on government employees has acquired new potency at a time of widespread economic suffering and populist rage. But the attacks have little basis in reality. A recent study by the Center for State and Local Government Excellence and the National Institute on Retirement Security finds that when such factors as education and work experience are accounted for, state and local employees earn 11 to 12 percent less than comparable private sector workers. Even when public employees' relatively decent pensions and health coverage are included, their total compensation still lags behind workers in private industry. A separate analysis by the Center for Housing Policy finds that despite recent declines in home prices, police officers and elementary school teachers still don't earn enough to buy a typical house in two out of five metro areas. Firefighters and librarians are unable to afford the median home in the New York, Los Angeles and Chicago metro areas. Nationwide, a school bus driver's wage isn't enough to pay rent on a standard two-bedroom apartment.

Despite American Reinvestment and Recovery Act funding, which preserved jobs and public services, city and state workers have been affected by the recession. The Economic Policy Institute reports that 180,000 local government employees have been laid off since August 2008, while furloughs have become a fact of life for public workers across the country. Much bigger cuts lie ahead: Education Secretary Arne Duncan warns that as stimulus funding dries up, as many as 300,000 teachers and other school personnel could lose their jobs this year to budget cuts.

The lavish lifestyle of public workers is a myth, but the right-wing mythmakers know it's a powerful talking point. By attacking public workers, they can demonize "big labor" and "big government" at the same time, while deflecting attention from the more logical target of Middle America's rage: the irresponsible Wall Street traders, whose risky, high-profit business practices brought down the economy, and the lax regulators who let them get away with it.

At its heart, the scapegoating of public employees is an insidious way to divide public and private sector workers who share many of the same interests. The Manhattan Institute's Nicole Gelinas, for example, cynically argues that cutting pensions for transit employees is an act of "pure social justice" because it might spare minimum-wage workers higher subway fares. Absent is any disussion of raising the minimum wage or of more progressive means of funding the transit system. Low-wage workers aren't Gelinas's real concern; they're just a rhetorical device in her assault on public employees.

The desired result is clear: there will be less pressure to address the decades-long erosion of pay and benefits for most working people in the private sector if public anger can be focused on the bus mechanic who still has health coverage. With a slim majority of all union workers employed in the public sector, the conservative class war amounts to dragging unionized public employees down to the level of contingent no-benefits workers before they can leverage their power to help private sector workers raise their own workplace standards.

Then there's the "big government" angle. To the right, the budget crises engulfing American cities and states stem from one cause: as Nick Gillespie of Reason repeats ad nauseam, "They spend too much!" -- especially on the supposedly lavish compensation of public workers. This simplistic narrative ignores how the nation's deep recession has shrunk city and state tax revenue and omits the fact that plummeting stock markets have decimated government pension funds. To the extent that conservatives succeed in reducing fiscal woes to a case of runaway spending, politicians find it easier to address budget shortfalls with public sector furlough days, wage freezes, layoffs and benefit cuts than with progressive tax increases that, many economists conclude, would cause the least harm to the recovery.

This orchestrated assault may already be working: witness formerly proworker politicians like New York's Democratic gubernatorial nominee Andrew Cuomo's attempt to demonstrate toughness by proclaiming, "We are going to be tangling with public employee unions."

Yet it's a short step from lambasting public workers to rejecting the very idea of public goods and services -- and of government itself. With the nation still reeling from the harm caused by underregulated markets, conservatives are using city and state budget crises to call for across-the-board privatization, entrusting unaccountable private companies with an ever greater share of the public good. At the same time, the myth of the overpaid public employee is being used to undermine a range of progressive priorities, from financial reform to job creation bills like the Local Jobs for America Act, which would boost the economy by preserving public services and public sector jobs. It's time for progressives to fight back and confront the falsehood.