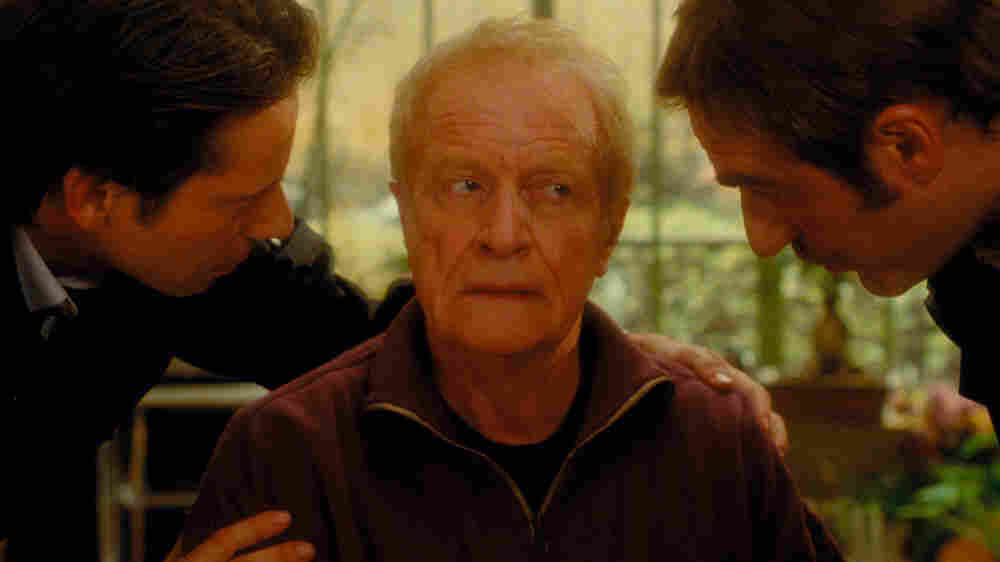 Funny Games: Mathieu Amalric (left), who appeared in the acclaimed Diving Bell and the Butterfly, stars as a policeman who gets involved with a would-be stalker (Andre Dussollier, center). Sony Pictures Classics hide caption

PG for some thematic material, language and brief smoking

'I'm Disappointed In You'

'I Was Worried About You'

French new wave mainstay Alain Resnais was once known for "difficult" art house films like Last Year in Marienbad. Then he moved to ensemble comedies and melodramas inspired by stage plays, yielding such entertainments as 2006's Private Fears in Public Places.

The 88-year-old's latest, a wackily sublime film called Wild Grass, starts in the mode of his light, theatrical efforts, but then turns much stranger. The irony is that the movie has tremendous fun becoming increasingly difficult.

The story is well-populated with bit players, including a little girl who ends the film with a whimsical, seemingly random question. But there are only two central characters: married Parisian suburbanite Georges (Andre Dussollier) and Marguerite (Sabine Azema), the woman whose recently stolen wallet he finds.

Marguerite is a dentist and Spitfire-flying aviatrix whose long jacket and shock of red hair suggest Saint-Exupery's Little Prince -- one of many cultural allusions in a film that's too dense with asides to be fully grasped in one viewing.

Georges turns in the wallet to a cop, Bernard (Mathieu Amalric), at a sleepy suburban police station. The episode should end there, but Georges becomes fixated on Marguerite, a woman with whom he has but that one tiny connection. In his awkward, befuddled way, Georges becomes a stalker.

As Georges' behavior becomes less and less excusable, Marguerite grows frightened. She informs the police, and Bernard and his partner visit Georges. He agrees to stop bothering Marguerite. But then, after he does, Marguerite begins to miss him.

At one point, she calls Georges and gets his wife (Anne Consigny), who reports that her husband has gone to the movies. And so Marguerite and George meet at a repertory house showing The Bridges at Toko-Ri.

That movie is significant, since its ending parallels Wild Grass' ending. But even more crucial is the film itself. The camera lingers on a red-neon "cinema" sign, and the score (by X-Files composer Mark Snow) swells as if Georges and Marguerite had just reached the first clinch in a 1950s romantic drama. Like the possible lovers in Last Year in Marienbad, they may be ghosts of other movie characters, merely shadows cast by the projector's light. 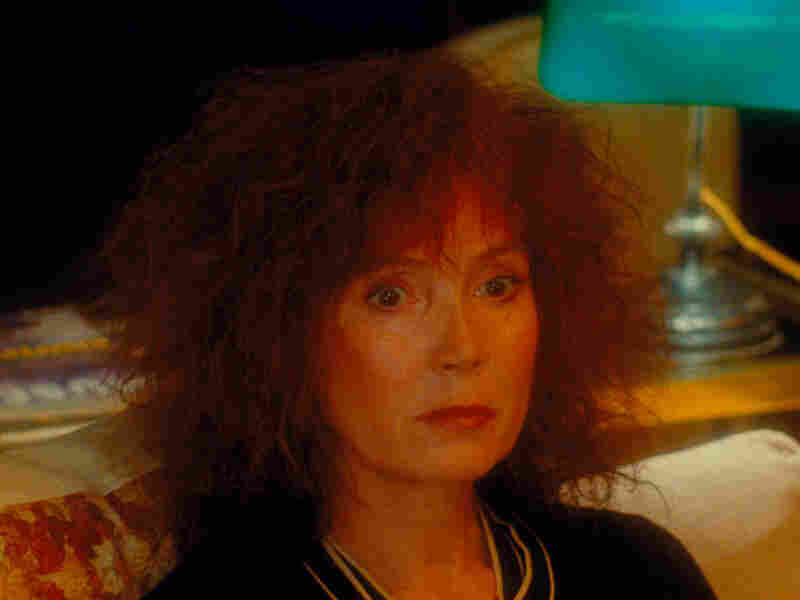 Lost In The Tall Grass: Sabine Azema, who plays the role of the beleaguered Marguerite, has appeared in almost all of Alain Resnais' recent films. Sony Pictures Classics hide caption 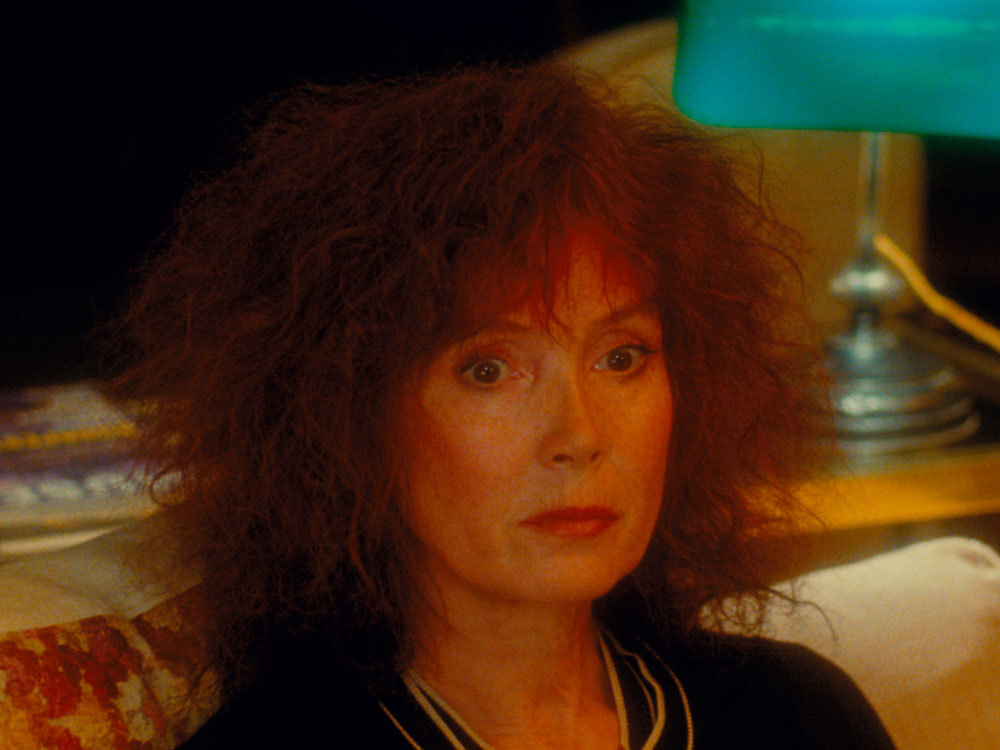 Lost In The Tall Grass: Sabine Azema, who plays the role of the beleaguered Marguerite, has appeared in almost all of Alain Resnais' recent films.

Resnais devotees will recognize other aspects of his previous work in his latest effort. Parts of Wild Grass resemble certain of the director's recent films, and Dussollier and Azema are longtime members of his stock company. There are also sequences -- as when Georges hunts for Marguerite's home and sees a sequence of address numbers -- that reflect Resnais' enduring interest in depicting human thought onscreen.

Narrator Edouard Baer reads passages from the movie's source novel, Christian Gailly's novel L'Incident, while the camera contemplates blades of grass breaking through pavement -- scraggly metaphors for nature's power to resist and subvert civilization. This recalls the filmmaker's Mon Oncle d'Amerique, which playfully compared humans with lab rats. The key word, though, is "playfully"; Wild Grass is no exercise in sociobiology, and it doesn't pretend to explain its characters' actions, let alone all of human behavior.

In fact, this is the director's most anarchic film in decades. Beautifully photographed by Eric Gautier, Wild Grass is an elegant vessel for outlandish thoughts and troubling impulses. In his rejection of cinematic naturalism, Resnais has made a movie that's both utterly contrived and compellingly lifelike. (Recommended).